The Hill reports that a pro-Trump activist named Brandon Straka was kicked off an American Airlines plane because he wouldn’t wear a mask. A New York Times reporter who was also on the flight…

Seems like the PR war is in favor of the airlines.

If you refuse the follow a flight attendant while airborne they can easily return to the point of origin or the like and bring the Fed Hammer down on you for fucking with an aircrew/operation of the plane. Or just have the Feds waiting for you when you land. Or if there is an Air Marshal on board you might get to be cuffed to a seat someplace in the back.

At least you’ll probably get charged with interfering with is like a $25k fine.

If the airlines want to be harsh on you, they’re probably going to succeed. Especially if your defense is “muh freedums”.

There are vagaries, but generally after 9/11 “refusing to listen to the crew” is something you don’t want to do.

Hell, odds are fairly good the other passengers might tackle you and beat the shit out of you.

What makes you say that? Prior to covid I was in a high-travel job and flew quite a bit. Didn’t see a lot of people get disruptively drunk on planes. What troublesome aspect of drinking on planes do you think merits banning?

I’ve been on many flights and I’ve never seen an issue with an abusive drunk. Maybe it happened and was kept quiet, but I never witnessed any.

I don’t really drink on flights because I find having to use the toilet can be annoying. My goal is to get seated. seatbelt in, and stay that way until the plane lands. I may swap out the free soda for a beer or bloody mary, but only now and then.

Seems like the PR war is in favor of the airlines.

I’m not sure asking a passenger to obey the rules and wear a mask, and when he refuses disembarking him is a PR war.

But if it is, then yes, go airlines!

refuses disembarking him is a PR war.

It is when everyone on the plane cheers you for it. The whole reason this guy did it was as a PR stunt to try to shame airlines into not enforcing the policy. It says that a vast majority of your customers want you to kick these people off and enforce a mask policy.

It didn’t hurt their cause that this dude did it when a Times reporter was there who recorded it either and called out his blatant lies about it.

I’m not sure asking a passenger to obey the rules and wear a mask, and when he refuses disembarking him is a PR war.

In this case it was definitely a PR war. Straka certainly knew what was going to happen and has milked this for Trump Points.

JetBlue is pulling out of Long Beach, CA (LGB) (source). They were the major airline in that (very small) airport. It was a great airport to fly in and out of.

Apparently Southwest (ew) is picking up most of the gates.

The problem there is the mask-wearers might consider flying dangerous even with a mask, so they’re not potential customers at all.

I don’t want to fly anywhere right now- no vacations for me until I’m either vaccinated or we get herd immunity.

You’re sitting in a narrow, aluminum tube with 100+ other people for hours and hours breathing recycled air during a global pandemic. WHAT COULD POSSIBLY GO WRONG?

Ugh… They’re going to LAX. One of the things I liked about Long Beach was how pain-free it was to go in and out of there.

I’d rather fly into John Wayne and drive in than LAX.

I’d rather fly into John Wayne and drive in than LAX.

Depends on time of day and where you are going. LAX is just terrible though.

This is actually a myth. Airplanes exchange their air with fresh air very quickly.

Coronavirus fact check: Does the ‘recycled’ air on planes really put you at a...

How safe is it to fly during the coronavirus? We look at what the risk is and the measures you can take to protect yourself while flying during a pandemic.

Another article I read said that it only takes 3 minutes for the air to be fully replaced. I have been flying about weekly lately, but being extremely cautious with an N95 and cloth mask on top of it from the moment I am about to enter Airport A until I leave Airport B. I wouldn’t do this if I didn’t have to, but my current living situation is not ideal (working on that).

The airline bloodbath continues. Most likely a lot of smaller cities will lose United options. United Airlines Drops ExpressJet as a regional partner and will instead use CommutAir for its ERJ-145 aircraft. What does this mean for ExpressJet?

Sucks for the people that needed “emotional support” animals, but this is long overdue. 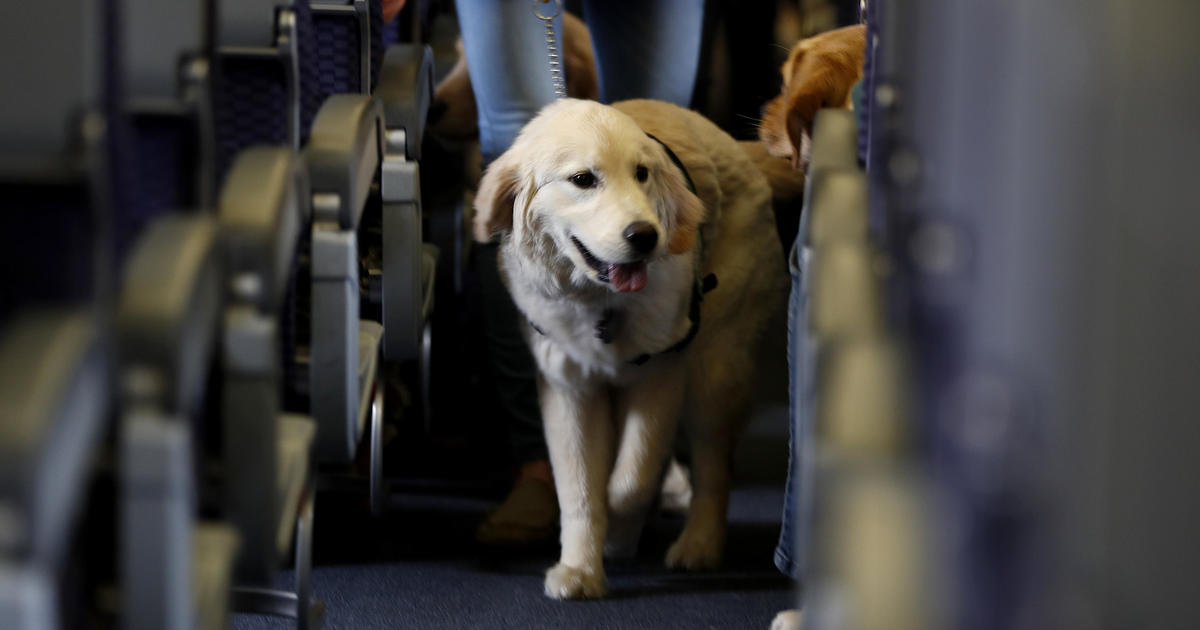 The new Department of Transportation rule states a service animal must be a dog.

The Transportation Department issued a final rule Wednesday that aims to settle years of tension between airlines and passengers who bring their pets on board for free by saying they need them for emotional support. Under the final rule, which takes effect in 30 days, a service animal is a dog trained to help a person with a disability.

Sucks for the people that needed “emotional support” animals

Seriously. We somehow made it through 60+ years of mass commercial aviation without people needing their emotional support peacock on board.

There are some people who do, but it’s very, very small percentage of the population.
Almost exclusively it was people who just abused the system.

Sucks for that tiny minority, but it’s not surprising. I fully expect people to find a way to keep abusing it for dogs.

I’m under the impression that a fraction of the people who suffer from PTSD really rely on some of these animals.

Of course people abused the system because some just can’t handle being told… no.

Of course people abused the system because some just can’t handle being told… no.

That is exactly the emotional support they required–being told NO.

They’re like the jackasses who don’t wear masks and then say they have some fictitious medical condition.