Ford getting out of the car business

In North America. Ford will concentrate on trucks, SUVs, and commercial vehicles going forward. The only car holdovers will be the Mustang and the Focus Active. 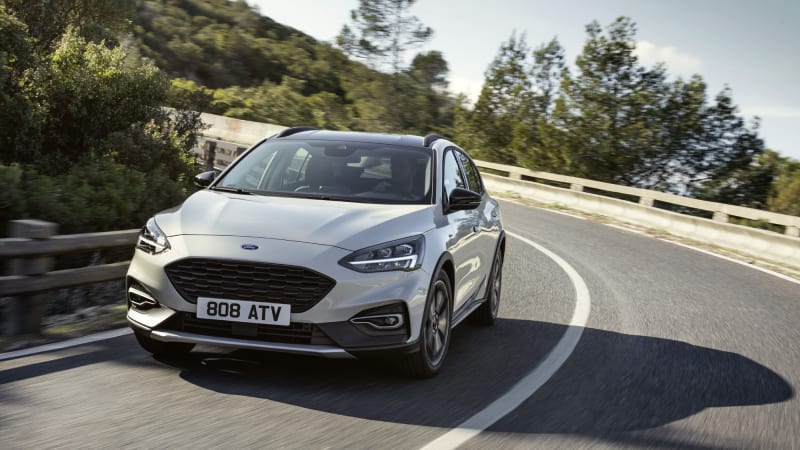 Ford confirms the only cars it will sell are Mustang, Focus Active

Confirming what has long been suspected, Ford today announced in its quarterly financial report that it will not invest in a next-generation of sedans for North America.

End of an era for sure.

This just makes me think about the Chicken tax, which has been on my mind after all the Trump protectionism crap.

This seems dumb, given how the domestic manufacturers were hit hard when gas prices were higher.

Just because public demand for higher fuel economy has ebbed somewhat, doesn’t mean it always will. And selling only trucks and SUVs seems a sure way to lose market share.

I thought the Ford Fusion was doing well for them? I know I see those everywhere now. When that shape first came out, I thought it looked so sleek. Now every other car is that Ford Fusion, and it doesn’t look special anymore.

Edit: Looks like the numbers peaked for the Fusion in 2014, and were pretty good in 2015 too, but started dropping dramatically, especially in 2017. Here you will find monthly and yearly Canadian and U.S. sales figures for the Ford Fusion. Use the dropdown at the top right of this page or at GCBC’s Sales Stats home to find sales figures for any other vehicle currently on sale in North America....

US car sales are just totally dominated by pickups and SUVs at the moment. It’s really quite amazing.

Just because public demand for higher fuel economy has ebbed somewhat, doesn’t mean it always will. And selling only trucks and SUVs seems a sure way to lose market share.

You’d think, but it seems something quite different has happened. Even if/when the price of gas goes up appreciably, people still won’t buy sedans or hatchbacks. They will buy small SUVs and crossovers. If you need passenger space, or cargo space, those will do the job. If you want luxury, most of the highest-rated interiors are in, you guessed it, SUVs and even trucks. The only thing a sedan does better (other than the utterly subjective area of styling/looks) is potentially offer a better sport/performance platform for people who enjoy driving and good dynamics.

The Japanese (and now Koreans) still sell a fair number (though there, too, you can see that most of the work they are doing is in the SUV/crossover area), but then, they sort of carved out the niche of reliable, affordable basic sedans while Detroit was pissing away a generation of good will. The Germans sell sedans, but only to the upper echelons (and they don’t sell them so much as lease them), and the numbers on things like A4s and C300s are hardly in the same league as Camrys and what not. It’s not that cars like the Fusion are bad; not at all, it’s actually a very solid vehicle. It’s not even that they don’t sell well, as in other circumstances, the sales aren’t terrible at all. It’s that Ford can make a lot more money putting all their resources into SUVs, crossovers, and trucks, because the margins are better and they have a much better competitive position there than in the sedan space.

Edit: Looks like the numbers peaked for the Fusion in 2014, and were pretty good in 2015 too, but started dropping dramatically, especially in 2017.

US car sales are just totally dominated by pickups and SUVs at the moment. It’s really quite amazing.

Yeah I bought a hatchback awhile ago. It’s not an SUV, but I find the body style convenient, but the SUV suck gas in comparison.

The thing about Ford though is when I was in the market, in 2014, they had some serious issues with their tech at the time, and I think their warranty is pretty awful compared some of the other manufacturers.

They also had this piece not too long ago.

Automakers shift to SUVs as consumers steer clear of sedans

Yeah I bought a hatchback awhile ago. It’s not an SUV, but I find the body style convenient, but the SUV suck gas in comparison.

Tell me it’s a Subaru Outback, the official car of Oregonians!

Ford is an industry leader in trucks, and SUVs are just truck bodies with a roof over the whole thing. The days of the Taurus doing well are long past. This move makes sense, honestly.

Fuel economy won’t be a concern in the mid and long-term for two reasons. First, everything other than muscle cars and work vehicles will go hybrid in 5 years and then full-electric in 10. Second, there is no peak oil. We keep finding new sources every year, and new technology allows for extraction inside the US.

Tell me it’s a Subaru Outback, the official car of Oregonians!

haha, just the slow ones!

I looked at Subaru. You can’t turn AWD off which kills MPG. 99% of the time I don’t need AWD. I do believe the Crosstek is on my sister list for a new car. She’s is looking this year or next, not an Oregonian…anymore though.

This is going to be a mistake as they leave behind a huge chunk of market like myself.

As the Middle East devolves into war oil prices will skyrocket. People who didn’t have the money to buy hybrid SUV/trucks will be desperate to offload them. Hybrids sedans are still too expensive for many of us which leaves normal cars that get good gas mileage.

People forget the car companies were going bankrupt because they did this very thing - banked their futures on higher priced SUV’s.

People forget the car companies were going bankrupt because they did this very thing - banked their futures on higher priced SUV’s.

If at first you don’t succeed at driving your car company into the ground, try, try again.

I would also wager that it won’t even necessarily take a price run up on oil, it could also be a new administration coming into office that decides to crack the whip on mileage requirements in the US. If you take away (most) all of your vehicles with better gas economy, you’re gonna have a bad time.

It won’t even take that. If the economy goes south a bit (which it will if the trade war stuff happens).

Ford wasn’t in the same position as the other ones were though… they might have been able to manage through it.

Hybrids and electric vehicles will make all that stuff a non-issue in the mid to long term, and in the short-term there’s no such thing as peak oil. If the mid-east explodes Europe will be impacted heavily, particularly with Russia sanctions in-place, but the US will be fine.

The vehicle that’s killing it for Ford right now: The $90,000 Lincoln Navigator

Ford is selling $90,000 Lincoln SUVs faster than it can make them

The Lincoln Navigator, recently updated for the first time in years, is flying off dealer lots, and buyers are opting for high-end trims.

I’m just not sure if the ride is worth it.

The Matthew McConaughey Lincoln ads are really good though. It always makes me want a Lincoln.