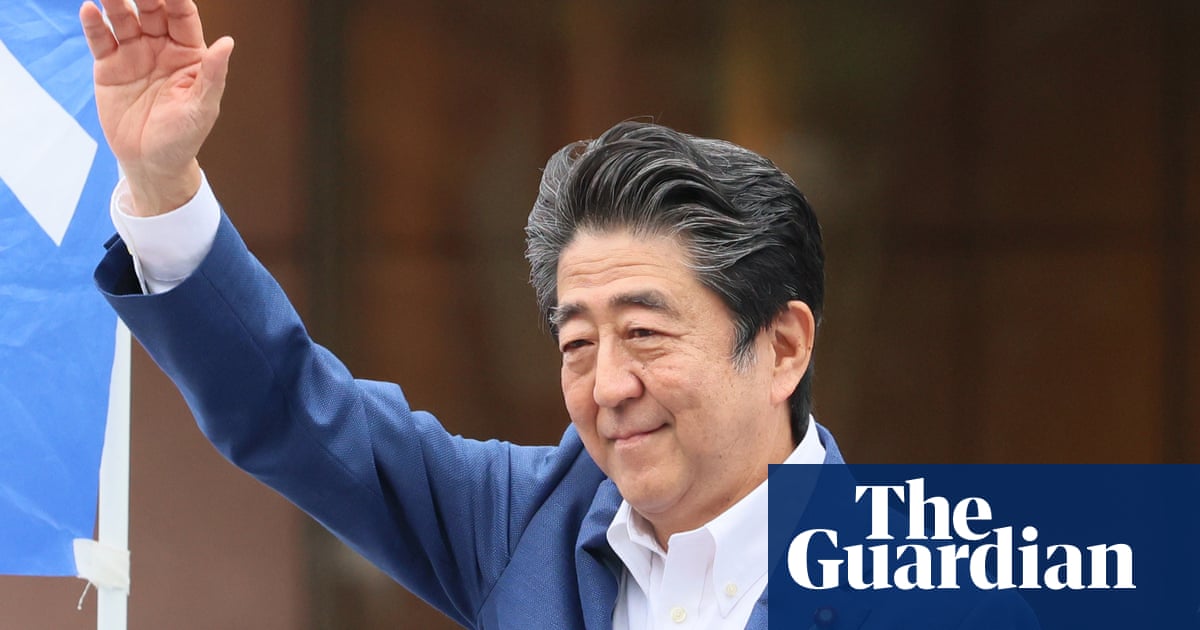 Former Japanese Prime Minister Abe Shinzo collapsed in the western city of Nara at around 11: 30 a.m.

That NHK report says that according to the fire department he is showing no vital signs.

I wonder who did it. In America it could be any old person, but Japan seems to have some very strict gun laws.

Japan has a fairly long history of political assassinations/attempts but I don’t know that there have been any post-WW2. I hope he pulls through.

They’ve been extremely “boring” in that regard since WWII.

Washington Post Japan bureau reporter citing the NHK report on two gunshots heard, and the report that WHorde cited about Abe showing “no vital signs”. I’m assuming the Post reporter for that region knows what weight to give to reports to cite that.

I know someone who lives over there who says the news is saying he was shot twice in the chest with a shotgun.
Oh there have definitely been assassinations post-ww2. How could I have forgotten this picture? 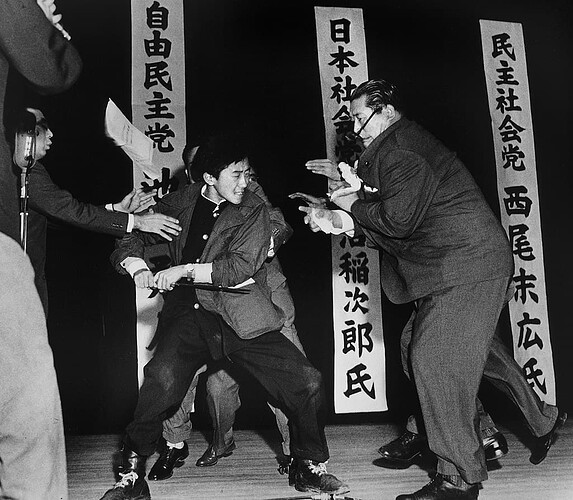 Also there was another politician who was gunned down with a pistol, but I can’t remember what his position was. He might have been a mayor.

From the Guardian article:

…appeared to be bleeding from the chest after being shot from behind with a shotgun on Friday morning.

When was the last time there was a successful political assassination of a major national leader in a G7 country, I wonder? (Canada, France, Germany, Italy, Japan, UK, USA, and the EU nations at large).

Would it be Olaf Palme?

Oh there have definitely been assassinations post-ww2.

Seeing photos of the suspect being apprehended, his gun looks homemade, and almost like a camera.

Christ. Gun violence in Japan against a political figure - its like an unholy unicorn it’s so unexpected. I thought at first North Korean plot - but NHK is saying its a local man in his 40s.

There’s lot mental health issues in Japan. They’re saying he’s not showing vital signs. That basically means he’s dead, right? Do they have to wait for some kind of official declaration?

Yeah - they’re waiting for someone to call it - but barring a literal miracle he’s dead.

Kind of hard to survive a shotgun blast in the back.

His prognosis seems to have been upgraded slightly to “very grave condition”, with reports that he was “conscious and responsive” on the way to hospital.

He passed away. My wife is there and she told me even before it hit the news sites.

Yeah confirmed dead, damn not a good thing for any democracy by a long shot.