The new cars for this year (Skysports link).

I pretty much missed last year, because I never figured out how to watch it now that is no longer on NBC Sports, or any other channel in the US. I want to watch it this year, but I am still not sure of what the options are. It’s only online in the US I believe. But hows the coverage? Can you record it (and the app won’t spoil the results before you can see them)? Anyone watch it last year? How was it? (Meaning the US coverage.)

It was on ESPN. 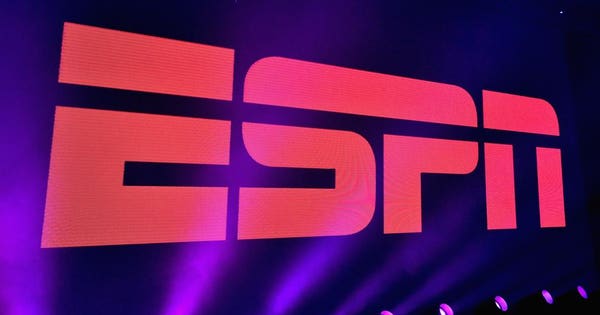 How ESPN Polished Its Reputation In F1

ESPN didn't get off to a flying start when it began showing Formula One this year after a two-decade hiatus, but an unlikely partnership helped rev up its broadcasts.

Hmm, guess I was confused, thanks. Could have sworn I read they did some internet deal. Since I don’t have cable, guess I am still out.

@LeeAbe. It does look like there’s an On-Demand access available via app for cordcutters. Races can be played live or on demand.

For those who haven’t seen it, I thought Amazon’s Grand Prix Driver TV show was great. Four 25-30 minute episodes. Free for anyone who has Amazon Prime.

It tracks McLaren during the off-season of 2017 following along several different areas including engineering and manufacturing the new car, off season driver training (mostly focusing on rookie Stoffel Vandoorne, although Fernando Alonso makes appearances), looking for sponsors and marketing. The series wraps up with testing in Barcelona.

It was really great seeing what was going on behind the scenes. Kind of unfortunate that McLaren’s season didn’t go better.

Daniel Riccardo is my favorite. I just hope this season brings something good for him unlike the previous one with so many DNFs.

Will the first one was certainly peak Ricciardo misfortune.

Only 12 months to your next chance to see, Australia!

Just finished last night. Really enjoyed that. Thanks for the heads up.

Link for when that breaks

Netflix Drive to Survive Season 2 is up. This season includes Mercedes and Ferrari participation.

To entertain those who are locked in, F1 has coverage of the 2016 Brazilian GP going live in about five minutes on their youtube channel.

This is on top of their announcement that they’re running an F1 eSports series featuring a lot of pro drivers from different disciplines, (F1, Indycar, FE, GT, DTM and karts), and a sprinkling of streamers.

Formula 1® has today announced the launch of a new F1 Esports Virtual Grand Prix series, featuring a number of current F1 drivers. The series has been created to enable fans to continue watching Formula 1 races virtually, despite the ongoing COVID-19... 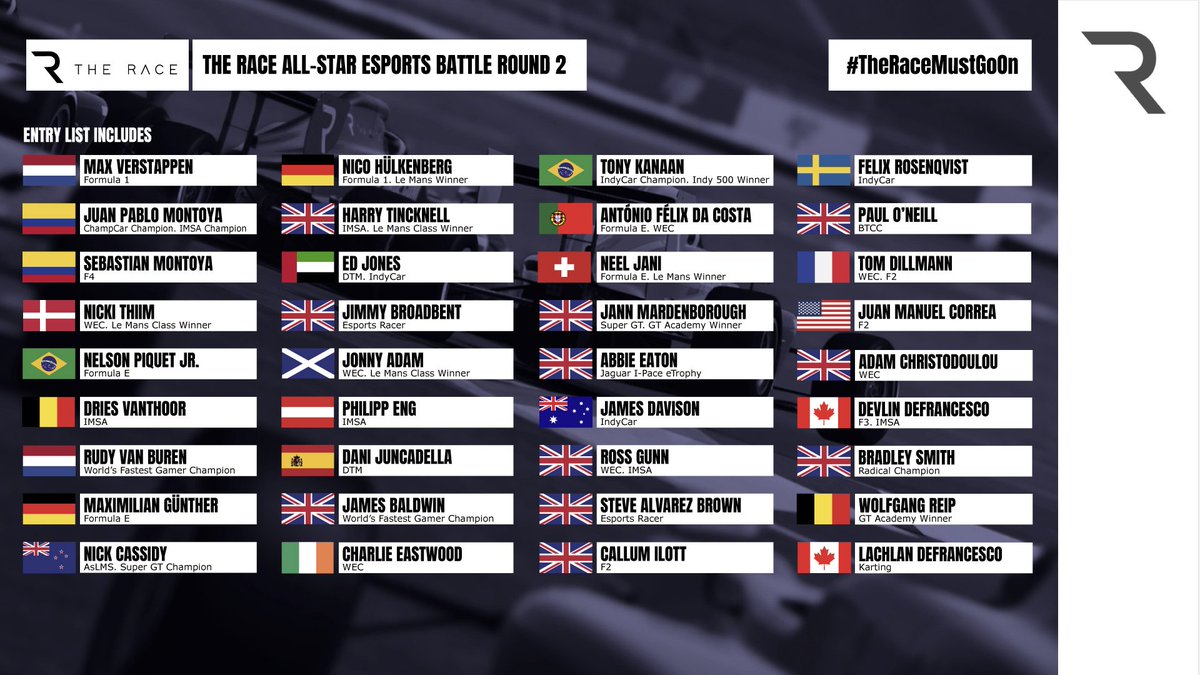 I’m surprised Lando Norris isn’t on the list. This seems like it would be right up his alley.

Lando is in the one that’s happening today.

The Race one from yesterday was pretty good. They had two pro heats, one streamer-only heat and then a loser’s bracket heat. Five people qualified into the final from each heat.

Jolyon Palmer and Jack Nicholls commentated and the final race starts around 2:18.43 if you want to just jump to that.

The iRacing NASCAR series is now live on Fox Sports 1. They just played the national anthem before the race.

Edit - the racing has been pretty solid so far. Seeing the whole field coming in at the same time under the yellow was fun.

As soon as I say that Jimmie Johnson forgot how to sports and takes out the whole field.

“He hit everything but the lottery!”

These Fox commentators are having fun.