That finish was great.

Here is what drivers said after the inaugural NASCAR Pro Invitational iRacing Series exhibition race at a virtual Homestead-Miami Speedway.

That final lap from today. 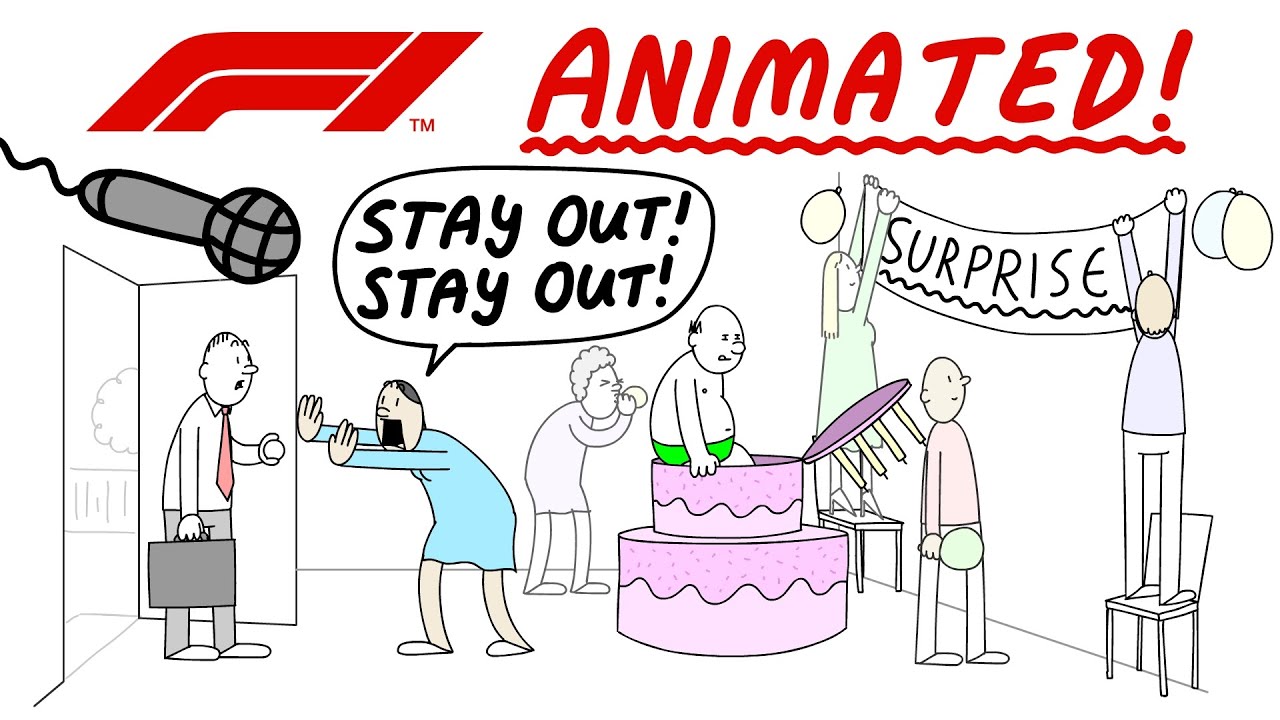 It’s a series of radio clips reinterpreted into goofy scenes. I chuckled.

Martin Robinson likes the new version that’s coming out this week, including the story mode.

Ah crap, sorry, this thread is about the real thing, not games. Apologies.

Since I found no other thread about F-1 and with the 2022 season about to begin figured I’d just fire this one up and check in as to whether anyone besides me follows it closely.

I’ve followed the last three years or so pretty closely including getting a subscription to F1TV each year, but I was so disgusted that they literally had the Race Director with his decision in the very tail end of the last race of the year decide to give championship to Max Verstappen even though he wasn’t winning the race that I’m not interested in watching it this year.

Well, if the practice sessions before Bahrain are any indication I’ll just say this, the new car design has really mixed up the field in interesting ways.

Well that’s definitely a good thing! I hope it leads to some good racing.

I wouldn’t mind a more general motorsports thread if there’s interest. I watch a fair bit of F1 over the course of a year, but also really like Indycar and catch the occasional IMSA/NASCAR/WEC race as well. I’ve even tried Formula E (it didn’t take, but I think that’s mostly because the tracks are so unappealing).

I’ll just say this, the new car design has really mixed up the field in interesting ways.

I know it’s a meme at this point, but I’m still expecting Mercedes to have been sandbagging all this time and dominating qualifying tomorrow. On the other hand, all the Mercedes customer teams are off pace as well, so maybe. . .

I’ve even tried Formula E (it didn’t take, but I think that’s mostly because the tracks are so unappealing).

That was my take too. I just don’t really like city circuits.

Big changes in the Formula usually lead to one team dominating at least in the short term - see Brawn in 09 and Mercedes in 14 (who are technically the same team).

Because this is predominantly an aero change and Adrian Newey is still good at the witchcraft I’m expecting Red Bull to be the early front runners. Hopefully it won’t be an advantage of seconds a lap though.

Excited for the new season too.

I love F1, been a massive fan since the early 80’s. The days of Senna, Prost, Piquet, Mansell. Watch every year, still remember the day Senna died, was off to play cricket at the time, was absolutely gutted

Both my boys aged 15 and 11 are massive fans. I also plan to take them to the Le Mans 24hr, I was there when Jaguar made there comeback in 88. Also been to Jerez, Hockenheim, Silverstone and Donnighton down the tears

My favorite car of all time is the Mazda 787b, the best sounding car ever, kept me awake at Le Mans as it drove round the course through the night.

Love Drive to Survive and really looking forward to this season. Hope Ferrari do well as well as Mclaren.

I used to watch every weekend, but stopped watching it around 2020. No real reason why other than the amount of ads on US TV ruined it for me.

Does the F1 TV app streaming have ads? It looks like it might be a great way to watch.

US F1 tv coverage on ESPN doesn’t have ads. Mother’s Polish sponsor the whole show specifically so there are no ads during the race.

Thanks, but unfortunately I don’t have ESPN. I do have Sling Blue for the Premier League, but of course, ESPN is on the opposite plan. I could add that plan for $15 a month, but it looks like F1TV would be the cheaper option.

One advantage of Sling though, is that it would be easier to watch recordings of the race without finding out the results. Using F1TV, I assume they plaster the race results all over their apps.

That sucks – the ESPN feed is a godsend. That said, I’ve been using the app for the last 10 months, and no ads that I can recall during the race.

I use F1-TV and like it pretty well, they’ve improved it every year.

Watched the practice sessions and qualifying starts in about 5 minutes, we’ll get our first real look at where everyone is this season.

Huh, guess Merc really weren’t bluffing. Lewis only about 0.650 off pole, but “Mr. Saturday” was a second behind Lewis and got outqualified by Bottas (lol), a Haas, and an Alpine. The Ferraris and Red Bulls are all close, so it could be a great season at the front, and maybe Mercedes finds pace at lower-speed circuits and we get a three-way battle.

The Ferrari customer teams look decent—or at least each of their top drivers looked good—even and especially Haas. I think Haas are pretty scummy as an organization, but they were fun that one season they put together a decent car. Schumacher is much less pacey than Grosjean, but he’s also much younger, so it’s fine. At least they’re not saddled with Mazepin anymore. Meanwhile, all the Mercedes customer teams are slow, and Ricciardo (caveat that he’s recovering from COVID) is well behind Norris again.

I like some street circuits—Macau, Long Beach, even Monaco (which FE is sort of good on, weirdly)—but nearly all the tracks FE uses take all the worst aspects of street circuits without having any of the charms.