This game is very much like Battletech as well. I just got the fourth party member. Looking at a 2 1/2 danger group of goblins. No problem, sez I.

On the goblin turn three of them had grenades. Party wipe. What the bleeding fuck?

On what difficulty are you playing?

Pretty sure it’s whatever is the default.

I think it’s “Classic” and there is one below that and two above. I had some close calls but I ended up wailing on easy mobs and leveling up and out of danger.

I bought and played this in EA when the campaign only had Act I. I’m currently midway through Act III in the release version and I have to say I’m really enjoying it. They made a lot of good changes in EA. Tip: If you want to get the best scores in battles, kick the crap out of everything. They give a lot of bonus points for using physics abilities in battles. That’s going to change in an upcoming patch though because people complained about it.

The scenarios are basically the equivalent of random maps in HoMM and AoW games. This was the area I provided a lot of feedback to them on. I thought the maps weren’t big and complex/random enough. I’ll have to try some now and see how it plays.

One thing they apparently didn’t change was the town defense battles. I told them I thought defenders didn’t have enough advantage and towns were too easy to take. They don’t have walls or moats like HoMM does and the few extra units you get for defense seemed pretty weak. I haven’t been attacked yet so I need to see if they at least improved the town defense ballista any. It was pretty weak before.

All in all, I’m enjoying this quite a bit. It’s a lot like HoMM. If they’d just put out a map/campaign editor, it could have some legs. I kind of doubt it happens though. At some point I asked them about several improvements like that and they said they just couldn’t afford to make any more improvements and had to go ahead and release it. it’s a shame it hasn’t done well enough in sales for them to continue to improve it with DLC or other additional content. Still, it’s probably the best recent HoMM like 4X game until Songs of Conquest comes out (and that will have a really nice map editor on release).

Still, it’s probably the best recent HoMM like 4X game until Songs of Conquest comes out (and that will have a really nice map editor on release).

I saw a preview just this week for Songs of Conquest and I think my mouth began to water.

I saw a preview just this week for Songs of Conquest and I think my mouth began to water. 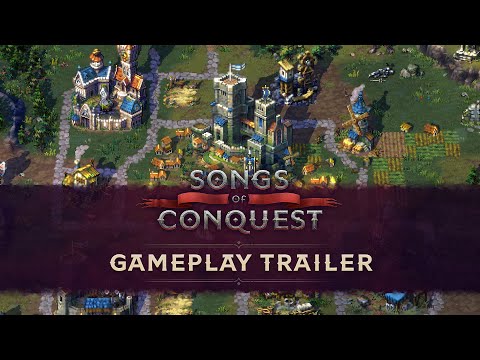 That’s been on my Steam wishlist for ages so it’s nice to see gameplay. I feel fully justified for wishlisting that, and following the devs on Twitter, this looks amazing.

I watched that yesterday. I need to go back to pretending it doesn’t exist, though. :)

Oooh, yeah. Looks like it belongs in the HOMM-like thread, too.

A strategy game combining the turn-based combat of XCOM with the world exploration of HOMM. Build towns, collect artifacts, improve your heroes, and influence your tactical surroundings using physics!

This is now on Xbox, and is part of the Summer Spotlight promo ($15 worth of points back after spending $50). Also 20% off for the next couple of days, so I’m thinking of grabbing it based on the impressions here.

It’s been on PC for a while. This particular sale is Xbox only though.

I noticed that the store doesn’t sell the PC version, which is a shame, since I have all sort of Bing Points saved up.

I just devoted some time to this yesterday, but wonder if I should just “consider not sucking” or if this game is as hard as it seems to be, because no matter how I play the first story mission I end up losing at least one person.* Should I go straight to that mission after the tutorial or explore the countryside first to pick up health potions or something?

*and those people don’t come back, right? How do I recruit more?

You should definitely explore the map a bit for power-ups (just like the game’s inspiration, Heroes of Might and Magic) before going to the next story mission.

Be aware that the game has a very old-school inverted difficulty curve where the early missions are the hardest. In no time you’ll be bouncing the enemies off the walls - literally.

Thanks for the reply. Say I’m one guy down and I don’t have permadeath on-- how do I revive him? Go back to town?

Dead is dead unless you have permadeath disabled in the settings. You’ll need to hire another hero in town or reload in that case. If permadeath is disabled I believe you can revive them in town.

Dead is dead unless you have permadeath disabled in the settings. You’ll need to hire another hero in town or reload in that case. If permadeath is disabled I believe you can revive them in town.

OK, hope it’s not expensive to revive a hero in town. The maps for the story missions seem to be procedurally generated and none of the ones I tried for the first mission was particularly laid out such that it was easy to get physics kills due to kicking/yanking/pushing stuff onto the baddies.