Forza Horizon 4 - CaRPG in the UK

Excellent, I’ve always wanted to play one of these, and I’ll have a beefy new Win10 machine to do it justice.

I haven’t used it much myself, I just know there are some fairly strong opinions out there about it.

The windows store is perfectly fine. It’s not exactly hard to find games. Gives you cross play on MS games and selected games (I own Astroneer and Sea of Thieves on Xbox and can play them on my PC too). I personally have no complaint about it at all.

Being on Win 7 is a no no though. But your new machine will be Win 10, right?

But your new machine will be Win 10, right?

It has to be, apparently newer hardware doesn’t have drivers for 7.

The windows store is perfectly fine. It’s not exactly hard to find games.

The Windows Store won’t list all the games I’ve purchased under “My Library”, and even some of the games I’ve installed aren’t listed either. It’s complete and utter shit, at least in my experience.

I had some problems with the Windows Store when W10 was released, for but it’s working fine for me.

Edit: It seems a demo will be released very soon (like, today), so you will be able to test it, both the Store itself, and the game.

Yeah, I saw something on the Xbox dashboard this morning about a pre-order bonus with FH4. I clicked on it to find out what the pre-order bonus was, and it took me instead to a FH4 demo page, where it listed the demo as coming soon (September 12).

It was going to take a lot of will power to resist this game, but luckily I have Game Pass through October 31st. So I’ll be able to play the game until then. After that, it should only be another month before we see some big Black Friday sales.

The demo is live now!

Dynamic seasons change everything at the world’s greatest automotive festival. Go it alone or team up with others to explore beautiful and historic Britain in a shared open world. Collect, modify and drive over 450 cars. Race, stunt, create and...

Well this is disappointing. First try was fine and enjoyable. Second time I started it up it failed to start a couple of times. Updated drivers (like they did in grandpappy’s time) and got in, but got the Win 10 BSOD equivalent and a hard restart.

… and then next time it was fine. Although you have to start the demo from the beginning every time?

The actual driving is fun.

I didn’t have any crash problems. The game ran very well, framerate was around 10% better than in FH3, so they’ve made more optimizations.

The game is more Forza Horizon, following the path of FH3. Which is great, of course. I think the map will be less varied here, and in exchange, they have the four seasons so I guess they win back variety with that.

Well I think I like it but making you start from the beginning of the demo each time is a bit weird. I’d be in there now but I don’t want to do the exact same stuff again.

There’s only I think five races in the demo. Other stuff like danger signs and the like, but not a lot of stuff altogether.

It’s a meaty demo, the intro, ,five races and the side stuff while you free drive, I can understand people disliking the fact it doesn’t save your progress.

The performance mode on the Xbox One X feels really good. But since it doesn’t save your progress, I only did one race since I know I’ll get this game and I just wanted to check out how it runs.

Looks like reviews are starting to pop up. Here’s one - 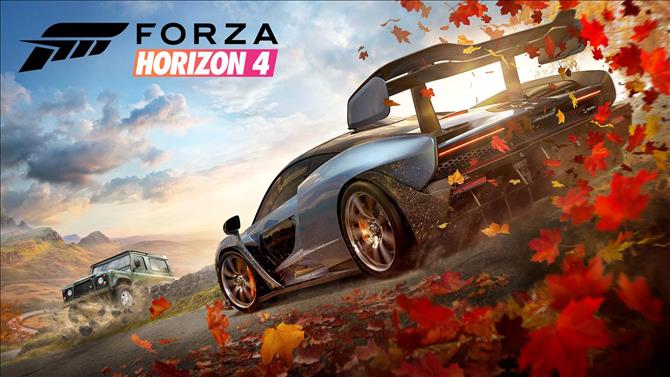 By this stage, it should come as no surprise that Playground Games finds a way to raise the bar for each release in the Horizon series, and they've once again found another gear in Forza Horizon 4.

There’s even more choice at your fingertips for each individual race too, despite you no longer being the boss of the festival this time around. The Blueprint system returns, giving you the chance to tailor almost every aspect of each race to suit, with all the functionality from Horizon 3 of sharing your creation with other players or choosing one that someone has already made. You can now also choose to play each race in solo, with up to six teammates in co-op, against up to 12 other players in PVP, or against the clock in rivals, all from within one menu without having to switch between different instances of the game or spending time waiting in loading screens.

Wait, how do they explain this, if you’re no longer the boss of the festival? They’d better be a good in-game explanation for this.

The blueprint system turned out to be great fun FH3. @robc04 and I played each other’s blueprints and set times against one another quite a bit. That was a blast. Ready for another go around Rob?

Keep in mind, it can be asynchronous. We don’t have to play the game in the same time frame with each other. I could play it in October, and you could catch up in April.