This economic strategy gem is focused entirely on exploration, expansion and exploitation. Most planets your probes uncover can be colonized. Each requires one or more resources and produces a resource. The goal is to create efficient routes (slipways) so that every planet’s needs are met and the population is happy. There’s also new techs to be researched and goals you can choose from.

Game is turn based with each action taking a number of months. At the end of 25 years,you receive a score based on your empire’s level of development, happiness level, and victory points earned by completing quests. There’s a campaign of some sorts, but I haven’t done well enough in the sandbox to unlock it.

My only complaint is there doesn’t seem to be a way to scroll through your colonies from the planetary view. 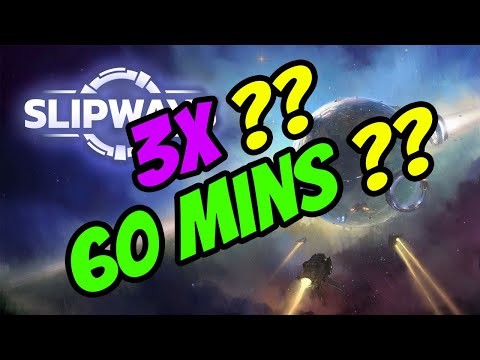 Welcome to Epic Games Store! Download and play PC Games of every genre. We have mods, DLC and Free Games too! Games for everyone.

Sounds cool, but for the love of God @Sonoftgb remove that apostrophe from the thread title.

Thank you (you monster).

I haven’t played the full release yet, but based on the demo, 6.99 is a steal for a game of this quality. Been looking forward to this one and already bought, just been busy this week.

This is one of those games that isn’t a puzzle game, but can very much feel like one as you try and make connections between the different planets and such, without hamstringing something else. I wonder if fans of Logistical would get into this. @BrianRubin

I do own it I’ve just not dived in yet. Can’t wait.

Potentially stupid question here: I logged into EGS and see my $10 coupon is claimed, so I don’t have one. If I buy this game, will I get another $10 coupon because the game costs more than $15?

Every time you use the $10 coupon, you automatically get a new one. (Until a certain date in June, I forget when. It’s mentioned on the coupon).

I got it but I must say, I don’t like the full blown version as much as the original PICO8 one: although I like the zoomed out view, I find all the extra fluff to be just… bloat, and overcomplication. The original’s simplicity is much more enjoyable to me.

This game is great–just finished my first one.

Curious: what were people’s scores for their first run? Mine was 15,055.

Don’t forget to undo like hell as soon as you mess up a production loop and it won’t happen anymore.

(Another feature of the new version I’m not fond of, although I understand its inclusion)

Yeah, I took the advice about “no struggling planets” to heart and basically never had one.

In my second game (the first mission on the campaign) it’s a lot harder (on normal), or at least it seems to be. Makes me think the default rules they set you up with when I clicked “skip setup” include “easy” for difficulty…

Curious: what were people’s scores for their first run? Mine was 15,055.

That’s a great score for a first run.

I started out with a few bad runs, largely because I didnt click on planets so I didn’t understand that extra routes were still useful if a planet’s needs were fulfilled, then picked the right perks and races and got close to 16k.

Tech is amazing for just dealing with those extra little niggles that stop you getting lots of prosperous planets.

Yeah, the more I play the more I think my first run was a combination of easy + luck of the draw, planet wise. Which is why I asked the question, I don’t think I’m some kind of 3X savant or anything.

My first run was 4,500. I switched to fixing struggling planets about halfway through and realized I could benefit from extra import lanes in the last quarter of it. The first few turns were brain-wracking until I understood that an unsupplied planet could still supply another planet and I didn’t always need to find self-sufficient triangles or squares of planets.

I really like this game; the decisions are similar to those in the overland map in Flamebreak, even though the genres are different and probabilistic exploration and acquisition decisions prior to committing to exploration plays a larger role in Flamebreak.