Money? Lots and lots of money? Enough to convince you to sell you soul and rationalize it all later.

Smith is there to try to reach Fox viewers I’m pretty sure. It’s not rare for him to go on a psuedo-rant about something Hannity has been blatantly lying about and laying out the facts of the issue in an easy to understand manner.

Wallace. No idea. Probably something similar. Or maybe he enjoys being one of the few actual people out there on TV regularly that says actual conservative things instead of blindly towing the party line.

The idea of people calling Cavuto a liberal is hilarious.

The idea of people calling Cavuto a liberal is hilarious.

Liberal = anyone who isn’t a complete fascist.

Cavuto has been fascist-adjacent on things in the past, but that apparently isn’t good enough.

Damn, the viewership of that channel is rabid.

I’ve seen that it’s the left that is intolerant. I even saw it on that same network.

Cavuto has never been a liberal but there was a time when you could at least watch his show and not feel he was shilling for the GOP. At some point during the Obama years that changed.

I’m going to put this here, though it could fit into a number of topics: 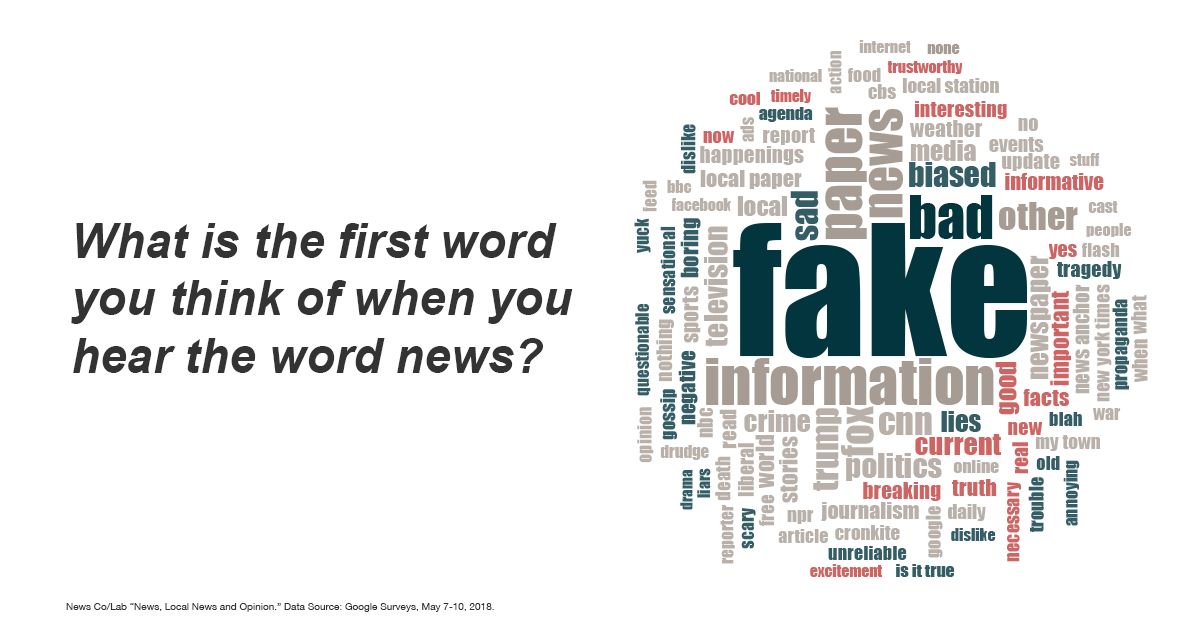 Finding #4: The people who associate the words ‘news’ or ‘local news’ with the word ‘fake’ have more difficulty telling news from opinion.

As a group, people who associate news or local news with the word “fake” reported more difficulty telling news from opinion than those who gave other answers…

…In contrast, people who gave positive responses to the words news and local news reported less difficulty in telling fact from opinion. Only 13 percent of them said they had that problem in general, and just 10 percent for local news. The number did rise to 16 percent when they were asked about sorting news from opinion on cable TV news.

Why would people consider “local news” to be fake?

Maybe because they are more chatty and use a lot of local color and filler. Their morning shows are a bunch of talking heads on a couch. Looks and sounds like a group of friends bullshitting in a livingroom. Old white folks remember the news as a couple of older white men at a desk.

Well, morning shows are meant to entertain and inform the housewife or person who is stuck at home with the kids or who apparently doesn’t have internet access and can’t find out what the weather or traffic situations are that way.

I suppose it is just the word news that is considered fake now. I can’t say some outlets don’t deserve that kind of scorn but to whitewash the whole industry is stupid.

Agreed. As well people are quick to agree with their peers. If Joe says it’s fake news then it’s gorram fake news.

Why would people consider “local news” to be fake?

While I’m reasonably certain that the National News portion of the tickers are sourced to a larger News Agency (Fox uses Fox News, I think, while KRON 4 uses CNN, I think), I still saw it as an indication of Fox’s Editorial control, even in the Liberal Bay Area.

Sinclair seems to be trying to change that too.

I recall someone, maybe here, saying that it’s the first time Fox news didn’t call them the NRA. 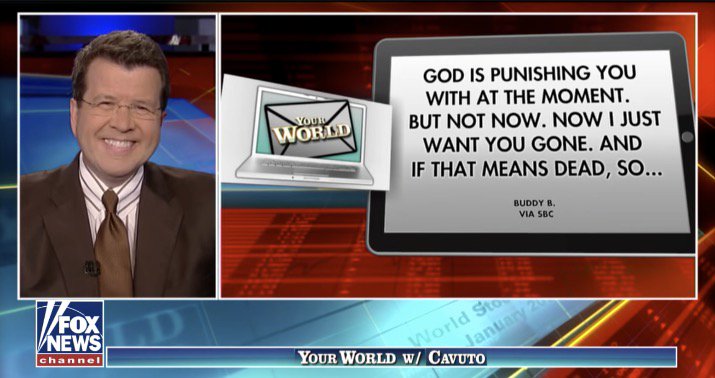 I’m just mad at that… suit.