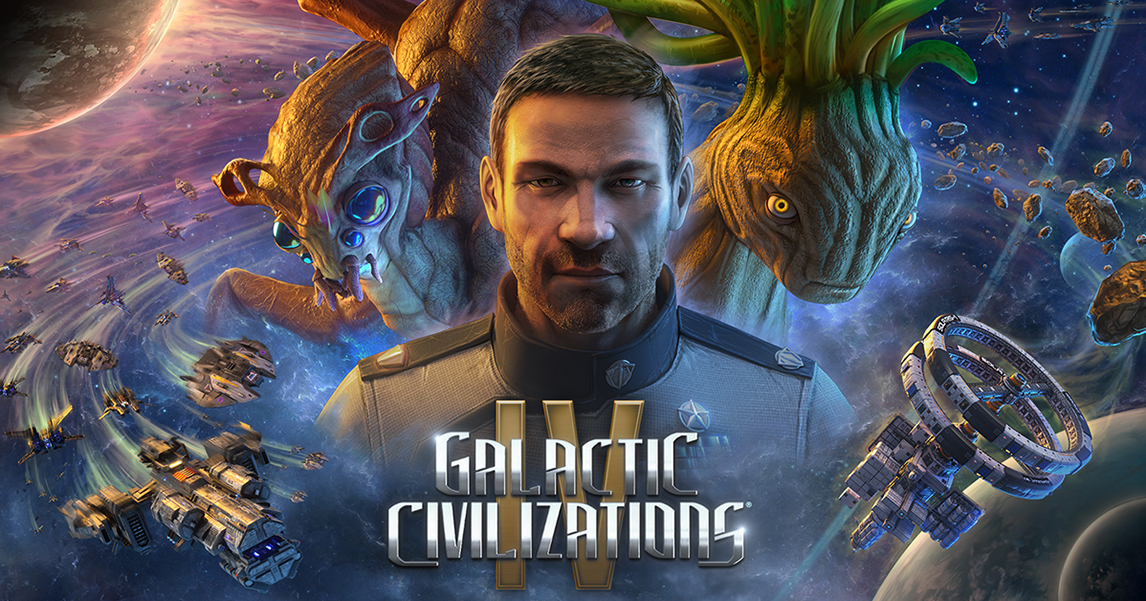 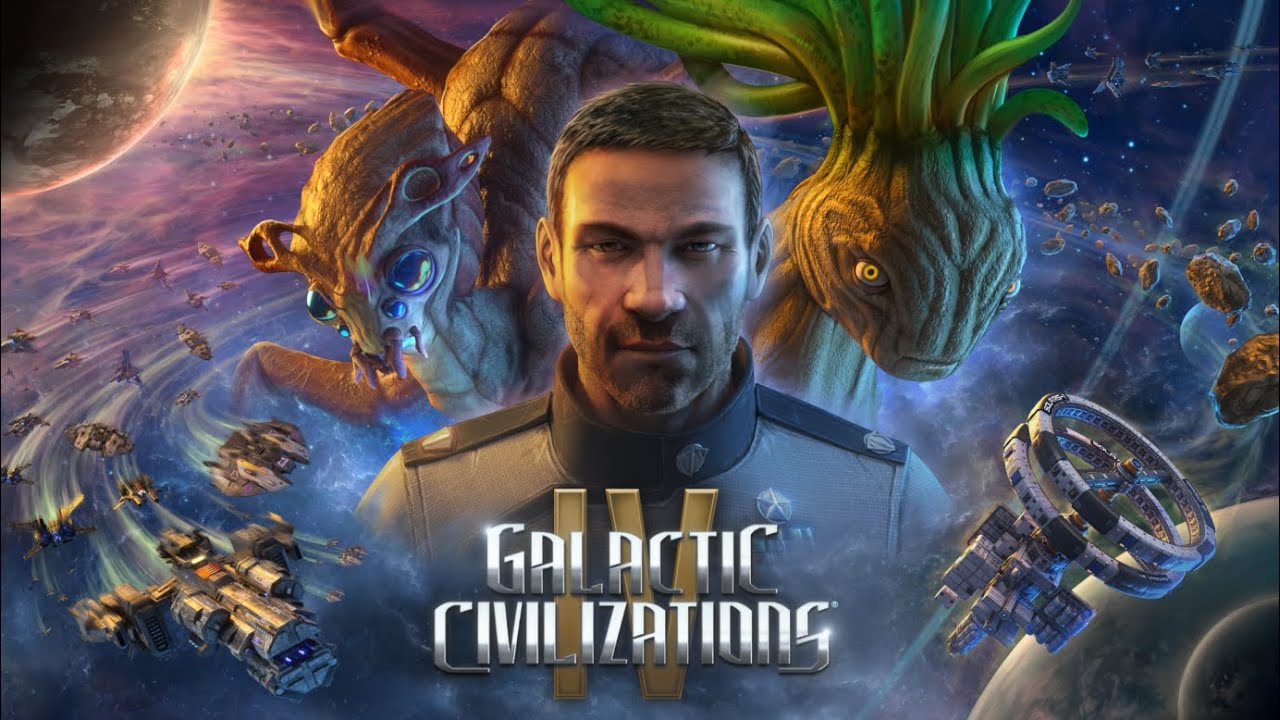 GalCiv3 never grabbed me, but I’m still looking forward to a new entrant in the space 4X genre.

Looks like Brad was talking a little bit about their ideas for 4:

The interesting bits are here

Sounds fine, some inspiration from Stellaris plus hopefully better combat.

GalCiv never was a hit with me no matter how much I tried, but all those changes listed sound fantastic.

The combination of leaders, colonies and control in specific are the direction I’d like the genre to move to, so I’m in.

If only they’d do away with ship design (kidding, I hate ship design in general, but it’s too much of a core to this franchise to hope otherwise. I’d deal with it)

I was a huge fan of Galciv 2, and I would like to think I had some impact as well on its systems, seeing how active I was during the closed alpha/beta of the game - hell, I hung out with the developers on their chat site most of the day as well.

GC3 didn’t really work out for me - it just felt like I was driving a ship around in a galaxy for some reason.

Looking forward to seeing how this works out!

I was active on GC2 also! what was your tester name?

I think It was razgon? But I am not really sure anymore - both on the forums and on the ICQ I think it was called?

I loved GC2. GC3 is okay, but I think it has some fundamental issues that they’ve avoided and just kept adding more filler content via DLC.

Firstly, the A.I. It struggles to manage it’s economy so much that the only way they can make it competitive is to eliminate maintenance charges for docked ships. It also bypasses the whole fog of war concept.

Secondly, the end game is so high maintenance. You can have an overwhelming advantage but you still have to go around conquering planets, hunting down fleets etc. On the larger maps, it’s just not fun. I’ve finished very few games, you get to an obvious advantage and then just quit and start a new game. The A.I. will not yield unless it has another empire to dump it’s ships/colonies to, so the last empire fights to the last planet.

Yup, this is me on the old forums.

ah cool! this is me on the most important bit ;)

Ah yes - Carielf - I remember her from both the chat and the forums.

I had so much time back then, and spent it all there, or in WoW - Different times :-D

hmm…only Citizen on the forums? Slacking a bit? ;-)

indeed. i think that was the first time that i joined a ‘community’ on the ‘interwebs’, modem and all.

The only thing I’ve seen so far is this:

If you missed this link upthread, it has some details.

The way they’re flipping micromanagement on its head is really promising, I like that idea a lot. I’m also pretty keen on the sectors and having multiple waves of exploration instead of frontloaded at the start. It’s what I loved about the Terra map in Civ4, how you got a second wave of exploring/colonizing and had a chance to catch back up if you were losing ground in the Old World.

We abstract game elements such as population, diplomats, leaders, generals, etc. with Leader characters. Each of these characters has their own set of attributes, strengths and weaknesses and relationship with the player. Leader characters give the player a lot more flexibility and agency in how they run their civilization.

Previous Galactic Civilizations games existed in a single map of various sizes. Players who enjoyed big maps had to deal with the downside of much of the map being “empty” (no stars or planets). Moreover, exploration of the game was the same on turn 1 as it was on turn 300.

The early part of the game involves the traditional exploration phase. However, other star sectors can only be reached through subspace streams which require a technology to reach. Thus, a second phase of exploration and conquest is entered once this technology is achieved.

Star sectors allow us to have much bigger maps since we are able to do away with the dead-space tiles which in previous games still consumed memory and more relevantly, giant pathfinding tasks which always forced us to limit the maximum sizes of maps.

Previous GalCiv games resolved combat in a single turn regardless of the scale of forces. Now, once the forces get big enough, a turn of combat may not destroy all of a fleet, allowing players to alter tactics, retreat or call in reinforcements.

Depending on the population and defenses of the world, invasions no longer necessarily resolve in a single turn. This allows for more strategic choices for players as a player cannot simply sneak in and conquer a capital world in the middle of an enemy empire. Not that you would do that, dear reader…

In previous games, players had to manage every single planet no matter how marginal it was. Players could assign an AI governor to the planet to automate this process but this was rarely satisfying.

GalCiv IV flips the concept of governors on its head: By default, planets aren’t managed at all. They simply provide resources (tech, minerals, wealth, food) to the nearest “core” world. Players can then decide if they want to manage a world by assigning a governor to it, which turns that colony into a core world. The governor doesn’t manage anything but instead provides a series of bonuses to the planet based on their character. Of course, have too many colonies feeding a core world and that governor may decide he or she doesn’t need you anymore and rebel.

Having true colonies is a feature that is so obvious in hindsight that we’re baffled we didn’t come up with it sooner. In 4X games, the late game stall is almost entirely caused by having to micro manage too many planets, cities, whatever. Here, players will tend to only want to manage the top handful of worlds and leave the rest as colonies whose resources supercharge their associated core world.

Unlike in Galactic Civilizations III where multiplayer was simply a single player game with other people instead of AI controlling things, GalCiv IV’s multiplayer will include a robust set of features that make it possible to play a GalCiv IV game with multiple people in mind. This includes better support for co-op, as well as scenarios where the game could be won in less than an hour.

Rather than having a campaign, the sandbox game is instead getting story-driven missions. These are events and anomalies that generate a mission for the player which provides various benefits and challenges, as well as ensures that each game feels like its own epic story.

Galactic Civilizations is known for big tech trees. However, we were always limited by how we did the UI. We had to keep each path relatively narrow so that the player didn’t have to choose between 20 or 30 technologies.

Now, the number of technologies to choose from at a given time is limited to the top 5 (which can be upgraded to 7 later on).

During the early game, this won’t be any different than it was in previous games. But later, it requires the player to make some tough choices since every technology has an “innovation rating,” which determines how likely it will be picked as one of those 5 technologies.

Players can press an “inspire” button which will select a new group of 5 techs, but the cost for those techs goes up for each time the inspire button is pressed.

This allows us to have a much, much broader and deeper technology tree than we have in the past. In short, we can basically go nuts with it.

Because populations are now abstracted into leader characters (as in, instead of having a population of 5 on a planet you now have 5 citizen characters), it means that when you conquer a planet (or assimilate it, or trade for it, or simply get immigration) you can end up with alien characters on your worlds.

Different species have different strengths and weaknesses, as well as different levels of xenophobia (i.e. living on planets with other species) that allow players more control and flexibility and challenge for dealing with their worlds.

In GalCiv I and II we had a good/neutral/evil set of morality choices players could make. GalCiv III tried a different system with limited success.

Galactic Civilizations IV has a 4-axis system: Collectivist, Authoritarian, Individualist, and Libertarian. Player choices in the game will give them points in one of these 4 areas, allowing them to unlock new ideology perks that give them new features and bonuses (as well as penalties).

Galactic Civilizations IV introduces the concept of “Control”. Control involves how much direct authority you have over your civilization. Control acts as another resource you can use to make direct decisions on the map.

For example, at the start of the game, the player has direct control over the home world which generates control for the player. Executive orders include things like being able to fast build ships and improvements, seize cargo from the private sector, declare martial law, hold festivals, etc.

One design benefit from this is that the early part of the game includes a lot of available executive orders which players can choose from to help jump-start their game in the direction they’re interested in going.

I’m also pretty keen on the sectors and having multiple waves of exploration instead of frontloaded at the start.

Interstellar Space: Genesis does this and it’s GREAT. Probably my favorite part of the game.