Is anyone working on a game development project that doesn’t (yet) deserve a thread of its own? If so, this is the right place to post about it :)

Some recent-ish threads that are relevant, but also more tightly scoped:

And here’s my ulterior motive for making the thread…

I have a bunch of game ideas that I’d really like to implement. 2020 should have been the perfect time to get them going, but instead it might have been the least amount of hobby programming I’ve gotten done this millennium. The problem was fundamentally that since I was feeling a bit more serious about a couple of the ideas than usual, I wanted to program them in a “real” engine. So I made half a dozen attempts at using Unity, Godot and Unreal Engine, all of which were quickly aborted. The activation energy was just too high, I don’t understand why things work they do, and it felt like by using an engine I was not getting to do the fun parts of coding the game.

So this time, screw doing it properly. I’ll hack together my little RTS roguelite from first principles in C++, and only use libraries for very specific things that I understand but don’t want to do myself. (Starting with just SDL2 for rendering and texture loading). It might not be as productive as using an engine, and it might lead to a lot of refactoring down the line when all the hacks come back to haunt me, but if this way of working lets me maintain momentum that’s all that matters.

Last weekend’s hacking gave me at least the basics. Multiple unit types, crude sprite sheet loading, multiple state-dependent animations per unit type, and being able to render the epic scene of the two 500 unit armies doing a Braveheart charge at each other. (Though there is no combat code in the game yet, so they’d just anticlimactically run past each other…) 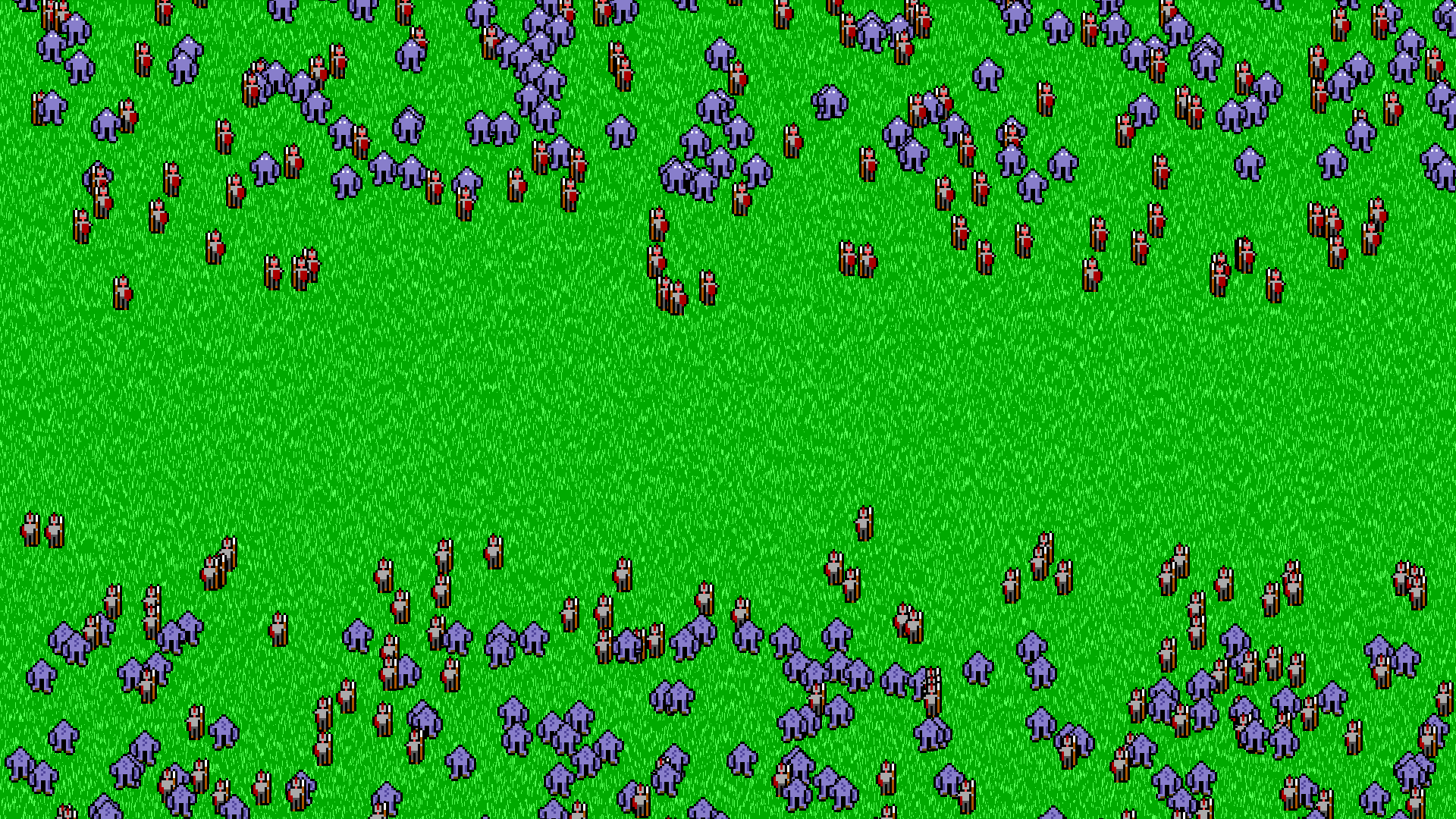 As you can see, I’m also using that approach for art :-P Forget about spending time trying to find the perfect asset library, it’ll be programmer art for the foreseeable future.

I have a personal project I’ve worked on off and on for years. It’s a train game called Rail Surveyor, and I’ve shared it here before.

It’s now hosted on itch.io, and I’m always happy to get playtesters. DM me if you’d like to give it a try! 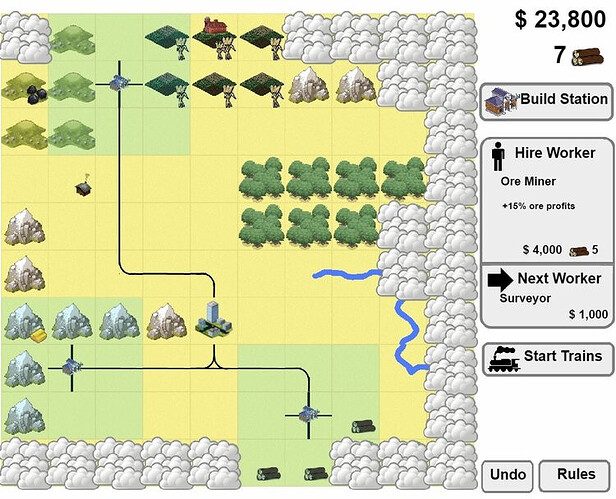 I recently started a little hobby project too - a sort of puzzley city builder.

With two kids and a full time job it’s slow going, but I’m in it to enjoy the process so there’s no pressure to plug away at it during every waking moment.

I only have a vague concept of the core mechanics so I’m mostly winging it and finding the fun as I go. 🙂

ARENT YOU SUPPOSED TO BE WORKING ON SOMETHING ELSE, SIR?!

An actual attempt at a decent Game Guru game? With a storyline? and decent maps and AI? and not the default title screen?? I must be crazy. Perhaps…

Sigh, this is the curse I bear.

Sure I have many “game development projects” in my google drive.

But I can’t find time to advance in any of them, specially since it feels a little bit too much like work (ha!).

@Nightgaunt how do you find the time/motivation for personal projects with a family?

For my part, it’s almost impossible to get long chunks of time to work on stuff when I have a kid around. I’m just trying to ‘keep the flame alive’ for the time being by working when I can. I’m hoping after the pandemic when the little one is in school I might be able to find a bit more time. Coding isn’t something you can dip into and out of in half-hour chunks, at least not when you’re as much of an amateur as I am.

I’ve been moving along at a glacial pace with my RPG but it sure is fun when something works. I’m just trying to get all the basic stuff in place (NPCs, conversations, combat, inventory, etc.) and then try to add some fun stuff to the mechanics before I actually start to make the content. At my current rate, I anticipate it’ll be on Steam in about 2045.

Someday I’d like to pay someone for some custom graphics, but that’s a long way off if I can even spare the money. For now I’m using my own Grandma Moses stylings buttressed by some stolen pixel art portraits. I know there are a ton of good tilesets out there, some even free to use, but for now at least it’s more fun to do my own graphics. 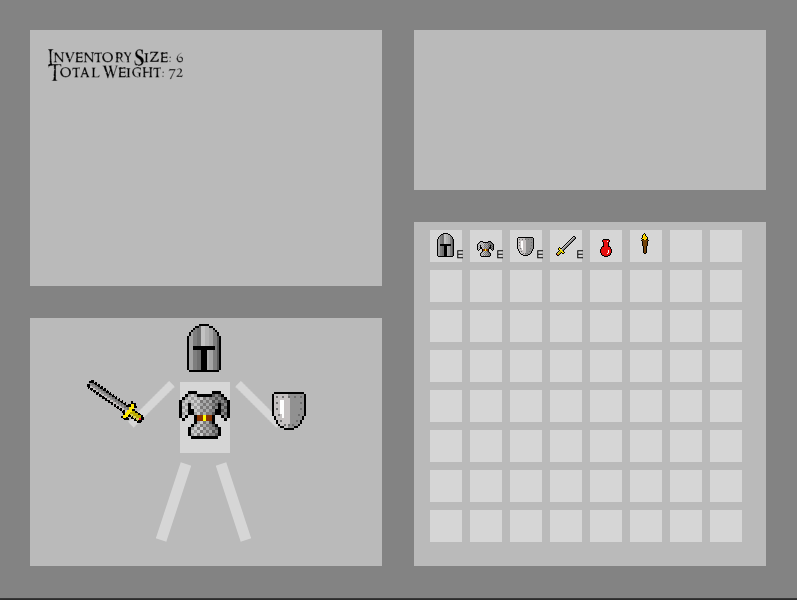 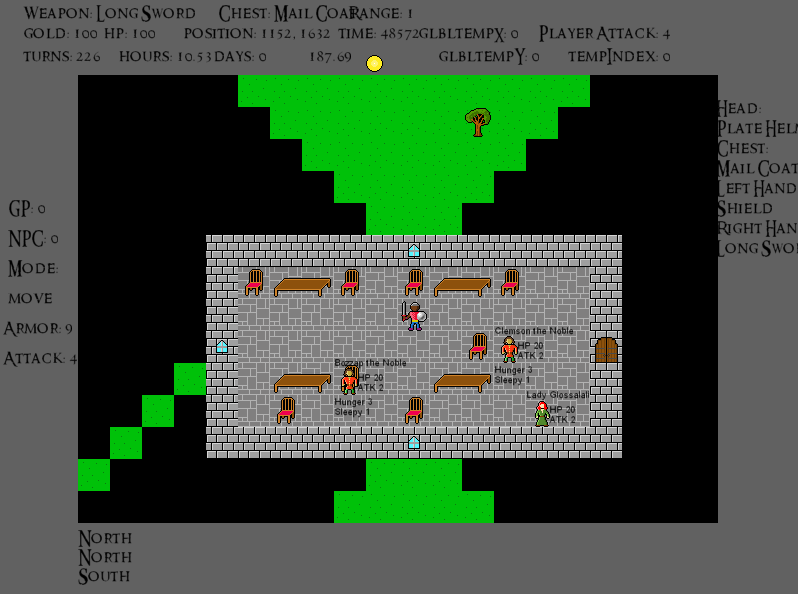 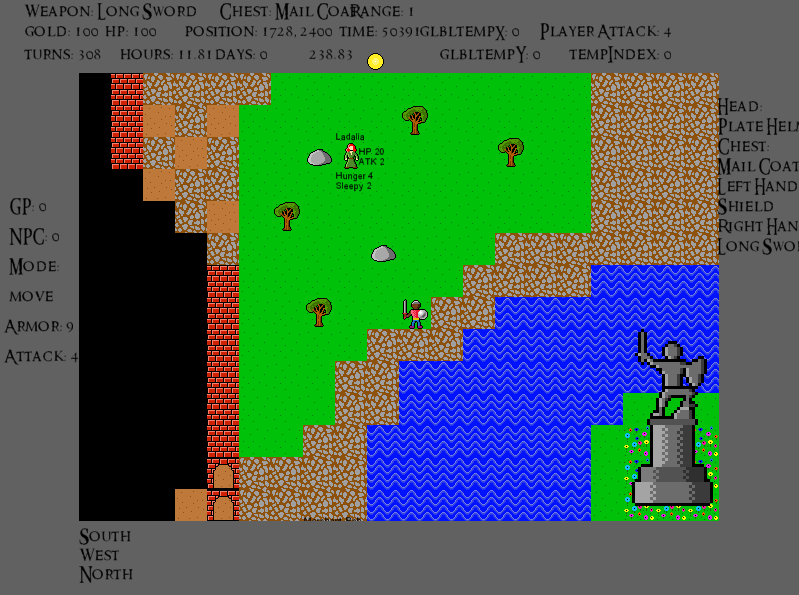 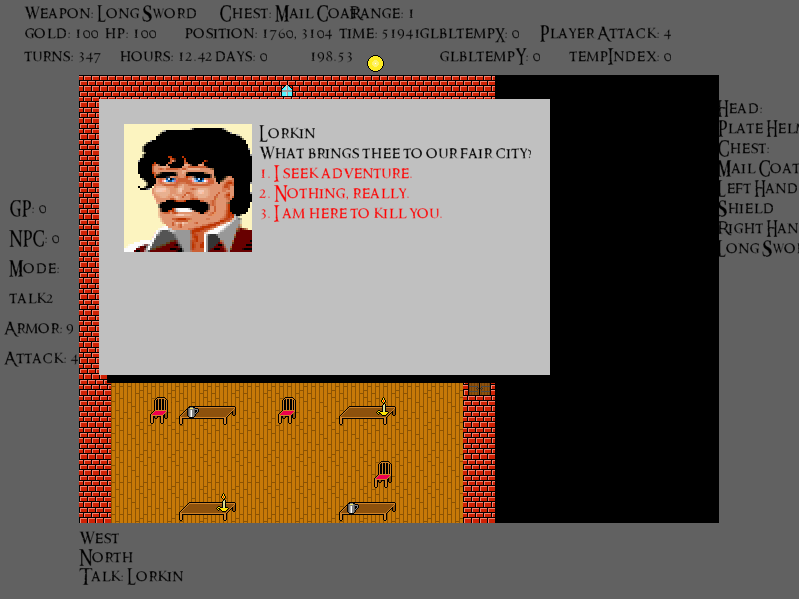 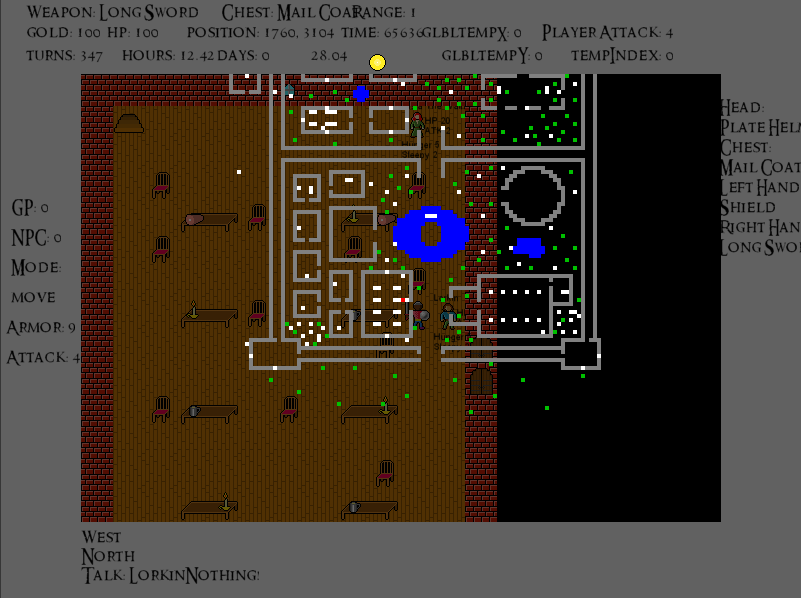 @Nightgaunt how do you find the time/motivation for personal projects with a family?

That’s one reason it can languish for months. But my kids are older now. I can fumble my way through code while I worry about how I’m going to pay for college…

@Gordon_Cameron – That’s looking really great! I have an RPG I want to make, but the scope of both the foundational engine and the content to make it fun have dissuaded me from digging into it. One is challenge enough, but you need both!

Thanks! Yeah, I’m hardly thinking about content at all yet. I’m laboring under the happy delusion that that will be the “easy” part after the engine is developed!