I’m glad to see Disco Elysium take the crown. Having just finished it, the Whirling in Rags theme (for all times of day) is immediately recognizable. It deserves to be one of those iconic tracks, and despite being more atmospheric than melodic, the entire soundtrack deserves a spot among the best. I’m pre-ordering the vinyl soon.

Great results and a great job making it happen, @geggis and @krayzkrok!

I have to admit, I’m really intrigued by the possibility of a Battle of the Thunderdome Champions bracket, where the top tracks from all the Thunderdomes go at it! But maybe that would be even more fun if we get at least one more round of winners to include.

The only thought I have about ties is to maybe try to recruit like five non-participants to be tie breakers in the event there is one.

I like this idea! There are probably several people from previous thunderdomes who we could wrangle into being The Tiebreakers.

the folks managing it have the bandwidth to do so.

This has been a good learning curve and while it did take a bit of organising, it’s not been too difficult. It’ll certainly be easier in future now we have the master lists and templates set up!

Yeah, me too, not just because Whirling In Rags is gorgeous but because I like some of British Sea Power’s other music and remember seeing them live back in 2004 at a festival. Good to see they’re still going strong, and for a game soundtrack too! This is a big nudge to finally play the game, especially with the talkie update.

Battle of the Thunderdome Champions bracket

Oh! I remember you mentioning this now! Yeah, I think another 'dome or two should give us a bigger pool to draw from. That would be fun and it would just be a case of going straight with a bracket too.

I do like the winning track, but I’m also pleased to see both the Shatter and Machinarium tracks come close, especially the latter as I deeply love all of Tomas Dvorak’s music.

I don’t really have a strong preference either way, but I do kind of like it when amazing music is written specifically for a game, rather than “here’s a song that is pretty good, so we’re gonna put it in our game.”

That said, there have been occasions when I’ve bought an album or two because I first heard a band in a game. Like, I’d never heard of Scapegoat Wax before hearing Aisle 10 in Jet Set Radio Future, but I really enjoyed the entire album that song is on.

So yeah, I guess it’s fairer for me to say that I prefer a Thunderdome where the music is original to the game, but I might still take part in a cover/remix version. (I say “might” because I’m not sure exactly how many songs there are I would nominate.)

I was thinking more of game music tracks covered by others, chiptune interpretations, remixes, that kind of thing.

Ohhh, I totally misunderstood. Yeah, that’s cool, but it would require a bit more thought. I can’t even think of any off the top of my head, though I’m sure I’ve heard a fair few.

I would love to see a “not on a game soundtrack but inspired by or related to a game” Thunderdome. There’s a lot of cool game-adjacent stuff that doesn’t appear on an official soundtrack. It’d be fun to see what people come up with. I don’t think I’d want to do it more than once.

Otherwise, the “covers of official game music” is another good one.

Thunderdome w/o the “no licensed tracks” rule would make me very happy, but I get the impression I’m sort of the odd man out on that one a lot of the time :)

I mean as a totally separate “fuck it, just bring your best tracks” Thunderdome, why not? It could get ugly though. ;)

I’m in favor of limiting it to tracks (including arrangements of existing music) that were specifically made to be in games, but I don’t rule Bartertown, so I’ll go along with whatever.

Yeah I’m mostly with sticking to original game music, which there’s a ton of. I think covers would be a fun alternative though. Licensed tracks could be interesting but I feel your AAA sport games (football and racing for example), Rockstar radio, Guitar Heroes and Rockband would cover a lot of musical ground as to make it more of a general music thunderdome…? Maybe that’s fine; being introduced to new music, artists and sounds is always good!

In the spirit of the thunderdome we could do a poll, thereby letting the fine folk who participated determine what shape the next one should take? Sod it, let’s go. Quick straw poll to gauge interest:

I’m also pleased to see both the Shatter and Machinarium tracks come close, especially the latter as I deeply love all of Tomas Dvorak’s music.

I voted only for original music mainly because while I like the idea of covers and remixes, honestly I would probably have to search for some just to nominate, and I don’t feel like I’d really be participating earnestly if I didn’t already have some tracks in mind. I think I’d probably just end up sitting that one out.

Any of them could be fun, but I think there’s so much mileage left in original game music, so many great tracks we have yet to discover.

Heck, there’s so much mileage left in original game music from the previous millennium!

So I was listening to Serenity from the Resident Evil 4 soundtrack and something popped on YouTube saying it was from David Torn’s dark ambient soundscapes sample album ‘Pandora’s Toolbox’. 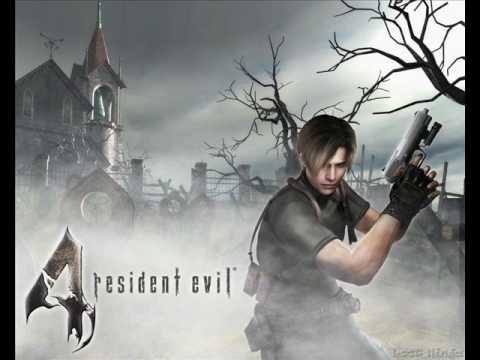 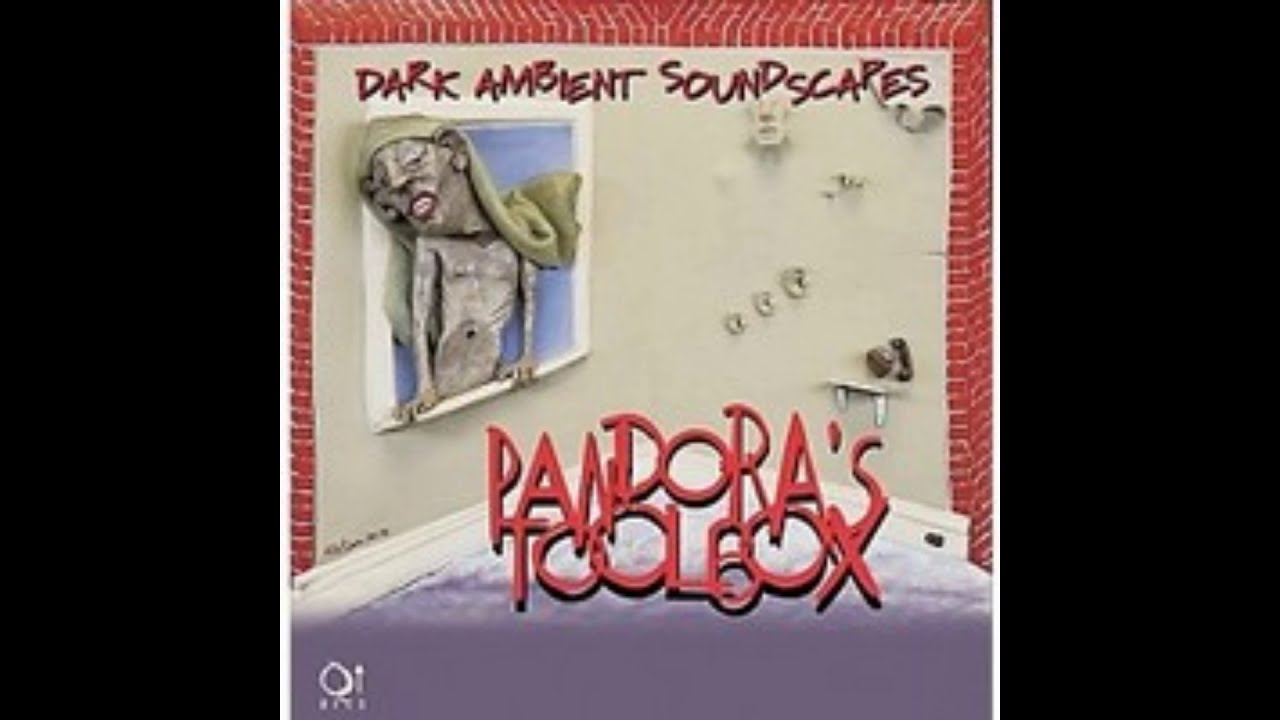 Apparently this has been sampled in soundtracks ranging from Devil May Cry and Silent Hill to Monster Hunter and the sci-fi movie Cube (which I watched again recently, for the first time since I was a teen). Here’s several examples in one handy link: 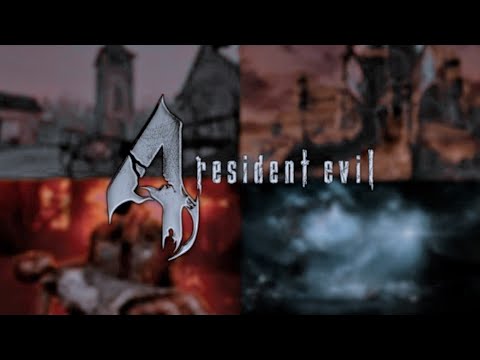 Anyway, another track off Pandora’s Toolbox called ‘Shining’ (maybe? It’s not clear from the description) goes like this: 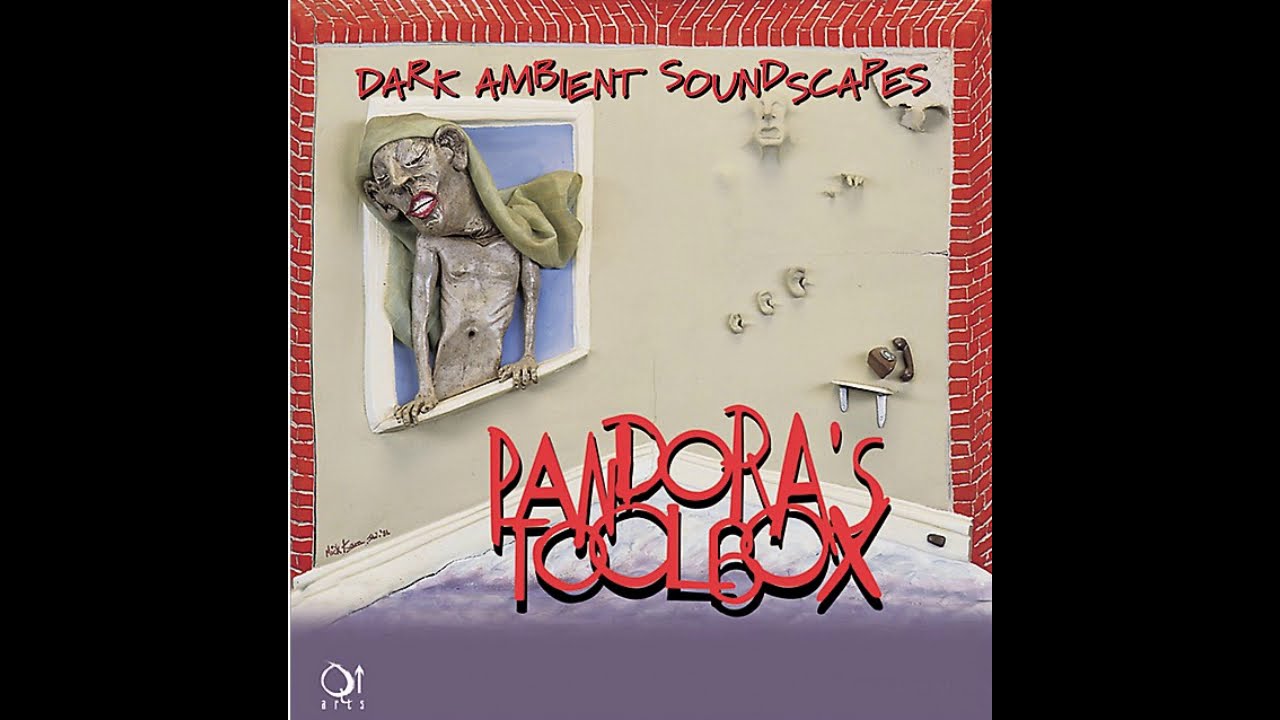 And I’m absolutely positive Adam Freeland used that, pitch shifted/sped up right at the beginning of Mind Killer: 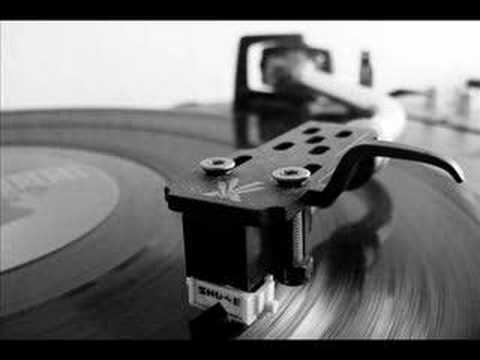 A remix of which appears in Rez: 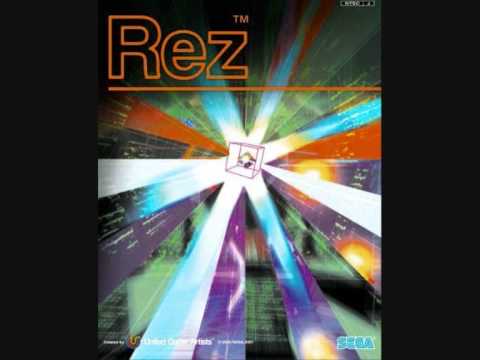 That version (from the drop at 3:20) uses a sample of the awesome strings section from Marlena Shaw’s California Soul: 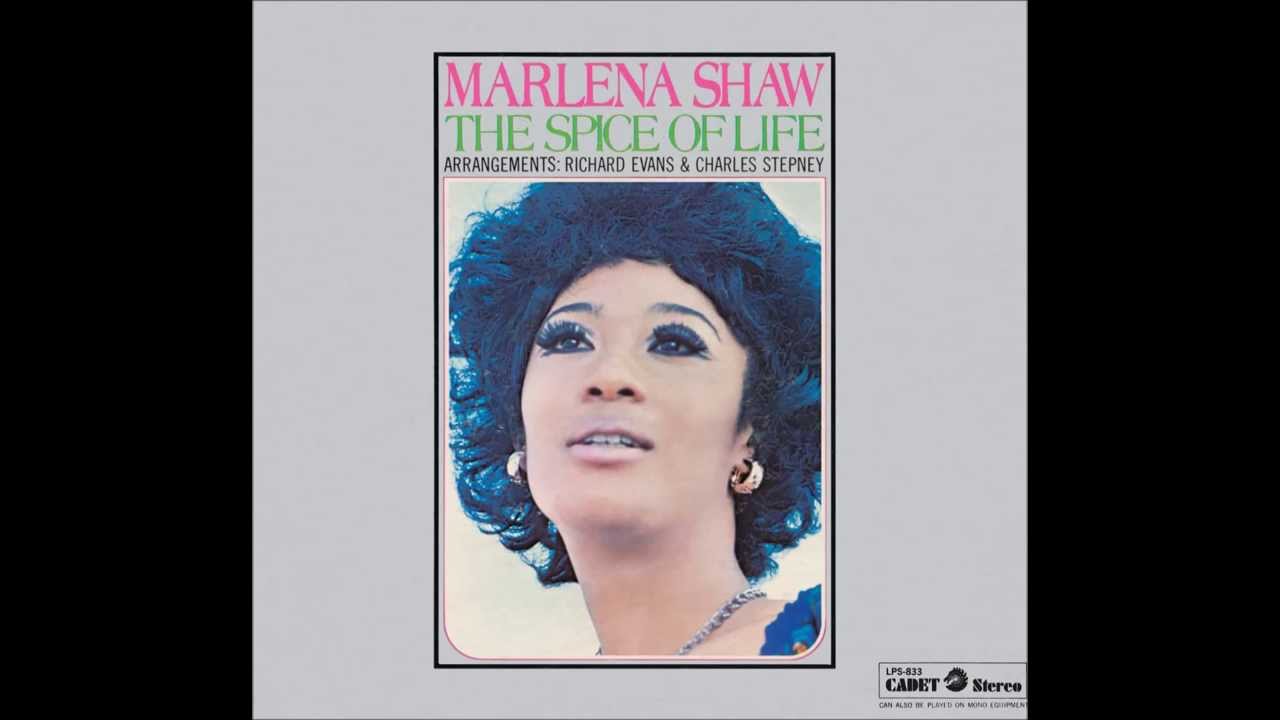 And a long time ago at a Beta Band gig, I recall a particular breakdown during Broke that used an awesome sample alongside two sets of drums and it stuck in my head for years.

Turns out it was California Soul (around 2:30): 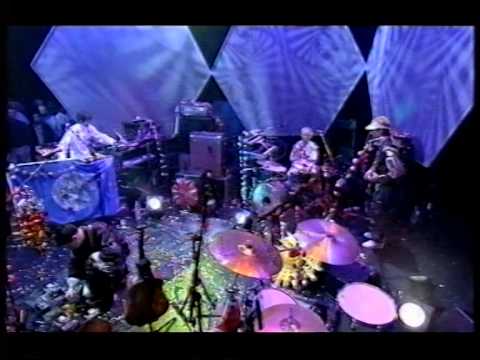 The Beta Band launched that album, Hot Shots II, with Broke, but it was originally meant to be Squares: 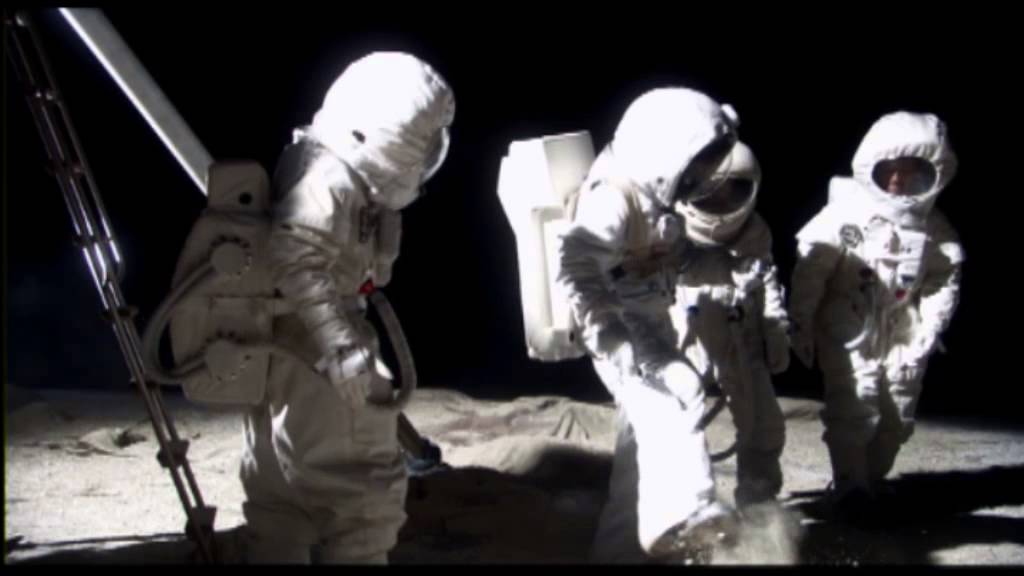 Unfortunately, it was pulled because it sounded too similar to the recently released Daydream in Blue by i monster: 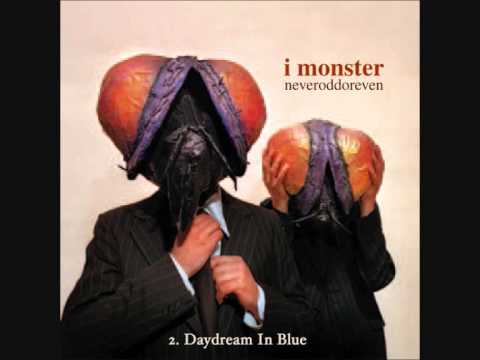 Of course, they sounded similar because they both sampled Daydream by The Gunter Kallman Choir: 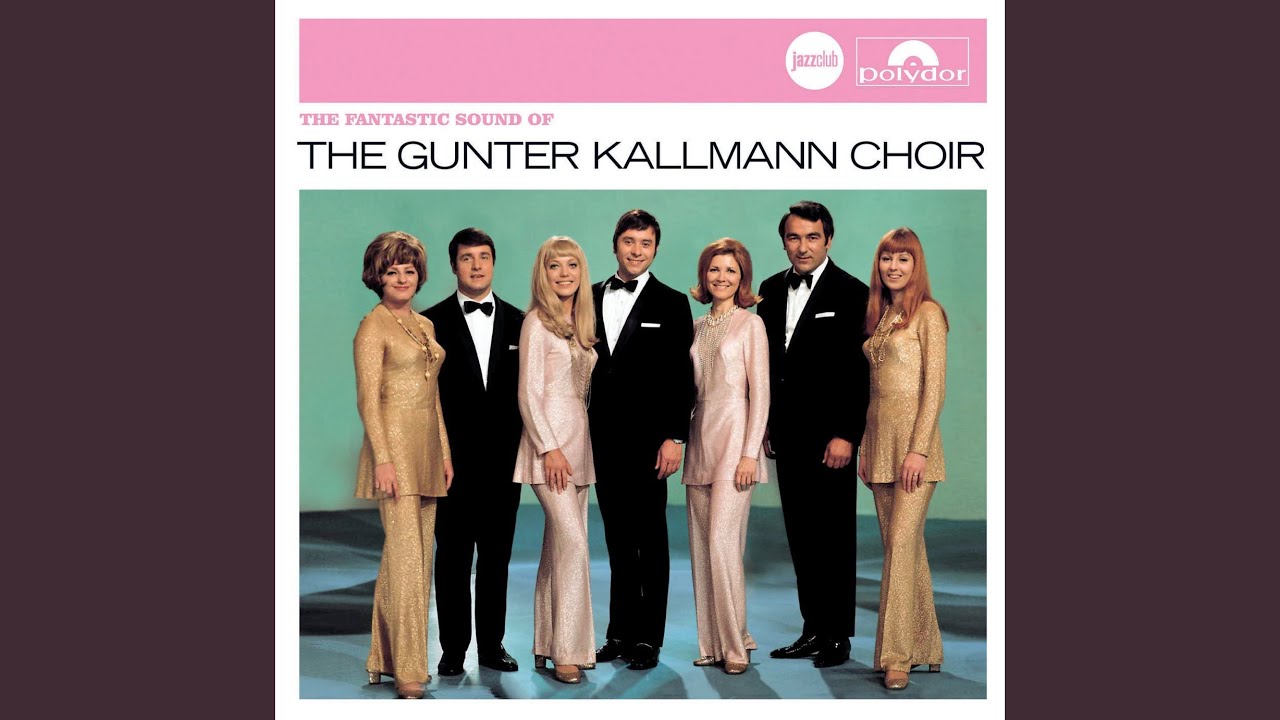 DANG thanks for sharing this, particularly California Soul. What a great song, and now a nice bit of trivia about the Rez soundtrack.

Yeah, nice post. I love this kind of stuff, and I enjoy musical ideas that are taken in different directions.

For a moment there @geggis I thought you were going to propose starting a new game already!

Yeah, I was thinking we could start soon! Two weeks from this Sunday to gather our tunes, kick off May 30th? How’s that sound to everyone?