For July my game of the month is:

What game defined July 2020 for you? What was your Game of the Month?

Victoria 2: Played Brazil to figure the basics of the game out and I’m currently playing as the Ottomans and posting AAR’s as I go along. Really enjoying this, even though I am of course quite late to the party, better late than never!

For me it would be Bloody Rally Show, Star Fleet II, Assassin’s Creed Origins. God it’s an amazing time to be a gamer.

and some Rise of the Tomb Raider

I discovered the fun in No Man’s Sky. Got over my fear of not knowing what was going on and just decided to have a good time with it. And that worked!

Rise of the Tomb Raider.

Working on my backlog. 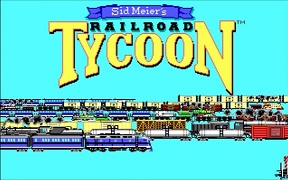 Been in the mood for a bit of a railway binge recently, so not just transportation or tycoon games. Of all the games that I played Sid Meier’s Railroad Tycoon sunk its teeth in the deepest. It still hits all the right spots that a tycoon game should even after all this time. Bonus points for how customisable the experience is to tailor the challenge and complexity to your desired level. Kind of the Civilization of railway games compared to its progenitors given the generous 100 year time limit and free-form end goal, no walk in the park with cutthroat competition (AI) enabled.

Also enjoy how differently the various map choices can play out due to their unique little quirks.

Honourable Mention: Inspired by the resurrection of the Victoria 2 thread, I also dived back into Paradox Entertainment’s magnum opus of the Victorian era. Coincidentally, built a ton of railroads and industries there as well whilst playing, so it was still rather on brand for the whole “train game” thing in an odd way.

I put aside Dawn of Man for a bit. Will finish the game the game in Aug. but probably no replay

Fired up my first Hearts of Iron IV game in many months, there was newish patch

Also started couple of games of Old World, which is making great progress.

Death Stranding, without a doubt. Might as well be my game of the year, too. I already finished the story but I can’t stop playing. It’s awesome.

Read Dead Redemption 2. It’s like getting up on Saturdays to watch Champion the Wonder Horse.

Although Rebel did all the work.

I’ve been playing Remnant: From the Ashes in co-op with some friends and having a complete blast with it. It’s got a great atmosphere, good gunplay, and while it’s definitely challenging it’s not so masochistic as other games in the genre. It’s a great time.

On my own I started out the month playing lots of Railway Empire, which is a wonderful modern entry in a genre I haven’t looked at seriously since Railroad Tycoon 2.

I ended the month playing a moderately modded Fallout 4 for the first time, which I’m really starting to get into. It’s always fun exploring a new Bethesda world, and wish some tweaks I’ve really been enjoying the survival gameplay. I’m still figuring out settlements, but the core experience I want is definitely here, the hours tend to just vanish when I get going with it.

Spent a lot of the month finishing The Last of Us 2 and starting Ghost of Tsushima. I’ve also been dabbling with Aria Chronicles on PC and digging into Suikoden on my Vita.

Curse of the Azure Bonds

Dungeons & Dragons Online. Only thing I played this month, and earned almost all the rewards on the hardcore server.

My game of the month is still in closed beta – Spiritfarer. Beautiful game. I hope folks will check it out when it launches.

Probably have to include Golf on Mars as well, since I’m up to 4500 holes. 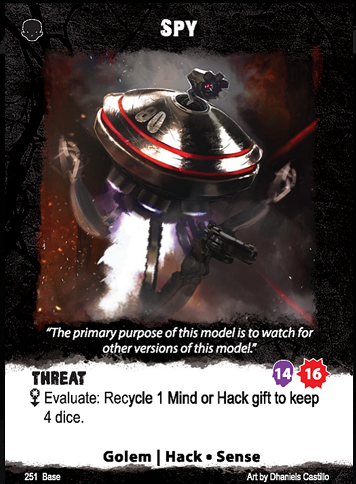 Apocrypha has about 90 missions with its two main expansions. I bought and started playing the game in early July, and so far I’ve played 29 of these missions. I can’t think of any other game I’ve spent so much as 2% of the time with this month than I’ve spent with Apocrypha. Sometimes I can get a wee bit obsessed with a game.

But it’s not just the game I’ve been obsessed with, it’s the gaming experience that comes with it. I’m using a certain room with a window that isn’t completely covered from floor to ceiling with blackout curtains, like the entire rest of my house. I just don’t spend any time in that room and it’s been relegated to storage for the better part of 8 years. In that room there are no screens to protect from glare, and aside from a floor lamp and an AM/FM transistor radio, no electronic devices of any kind to distract me. This month I’ve been playing by a big, bright, open window, listening to wind, and kids, and dogs, and the sounds of the world outside… a world I keep walled off and completely silenced when I’m home playing video games or watching TV. I’ve owned this house for 8 years and it wasn’t until two weeks ago I even realized the small nearby airport runs training flights for tiny single engine planes directly overhead every day of the week. I just don’t hear or notice that stuff when I’m keeping myself sealed in a dark house with some game, music, or TV show effectively cutting me off from the rest of the universe.

Looking back at what I played in July it feels like an awfully long month. Back at the beginning I was wrapping up Kingdoms of Amalur, and that seems a world away.

Game of the month for me was Void Bastards which was a very enjoyable ten hours of shooting and scavenging, you dickwad. I felt like the balance got out of wack at the end and I lost a bit of enjoyment as it got too hard for me and I had to just reduce myself to doing the bare minimum on each ship, but for most of that ten hours I had a grand old time.

The other game I finished this month was Observation which was good although I have no idea what was going on. Nice job on the atmosphere though.

Call of Duty: Modern Warfare (2019) and Warzone. I don’t think I’ve played a CoD this much since maybe MW2. Warzone is the reason I got the full game (to grind the weapons faster to be able to build good loadouts), but I think I actually like regular mp more, and specifically the Domination and Hardpoint modes. I hate non-objective modes like TDM, so here you have objectives but you don’t need to play with a coordinated team to have fun (like with S&D).

For me it was Build your own PC, Real Life Edition, Assassin’s Creed Origins, DCS and Il-2 BoX. But mostly the pc building and troubleshooting. Gah. At least the thing runs now, and it’s hella fast :D