I can deal with a remaster that I don’t particularly like, but why destroy the original version? I still have an old disc copy of W3 and I can’t play it. Why in the world would they do that?

The time has come to respectfully lay to rest the name Gamasutra, a title that's been around for nearly 25 years and has become known as a leading resource and reference for game development and industry knowledge.

That said, even with Gamasutra’s reputation and editorial vision, the name was always cringey, and alienated people outside or adjacent to the game industry. The name was (and is) typically met with a “what’d you say?” or impressive side-eye. I don’t blame people who reacted that way, because as much pride as I have working on Gamasutra, I’ve felt the same way. I and the people who work on the site have for a long time.

And the stories of sheer cringe that I’ve experienced or heard have made me laugh, but equally made me shudder: A developer having to cite Gamasutra in front of government representatives to obtain funding; a teacher awkwardly telling new design students to check out this article on Gamasutra; a game industry reporter spelling out Gamasutra for an inquisitive Indian-American middle-schooler, pencil and notepad in hand. (That last example was of me.) On a more serious note, reporting on rampant industry sexism when our brand clings to a late-90s “LOL SEX” connotation is beyond the pale.

So on Thursday this week, barring any unforeseen hurdles, we’re updating our name to Game Developer and will be located at gamedeveloper.com. It makes sense–we’ve always been a sibling site to the revered paper-based Game Developer magazine. It’s a publication that, even though out of print, still gives us inspiration and a vision of what we can be, and how we can serve game developers.

I dunno, “Game Developer” sounds generic as hell to me. Gamasutra is kinda dumb, but it sure as hell stands out.

Kinda both. Once you knew what Gamasutra was, it was distinct. But I can certainly understand why they want to move on from the name. One of those things that sounds better in the wild west 90’s internet than it does today. 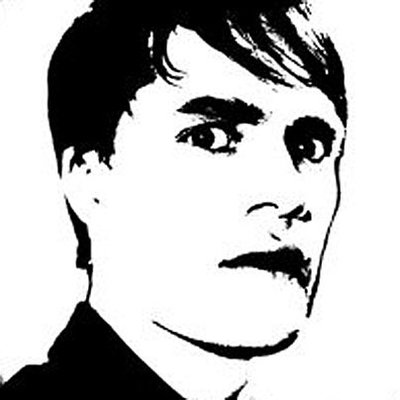 @necrosofty
As EIC of Game Developer magazine I had been pushing for this change since about 2006 or 2007. a dozen+ years later my dreams come true! It was definitely embarrassing to say "gamasutra," specially in other countries. twitter.com/gamasutra/stat…

More in the thread. Change is always slow.

Gamastura’s name was so old and established and I didn’t even think any connection to Kamasutra upon hearing it.

Gamastura’s name was so old and established and I didn’t even think any connection to Kamasutra upon hearling it.

Same here. And it was distinct. But I get how non-industry people may find it…questionable

Yeah, it’s not just that non-industry people found it questionable; a lot of us found it embarrassing as well. I’m really glad they changed it. Matches up well to GDC now, as well. I don’t think they need to worry about it being distinct; it’s an industry site. I’m certain they get loads of non-industry traffic, but the site is first and foremost for those working in games, and the name now matches up well to that.

Not having ever read Gamasutra I hardly care, but I nonetheless find it sad that a word that literally just means ‘a text manual’ has been nixed so as to not upset the ignorant.

I mean, I get the pun but it’s just a little less flavour in the world. I’d at least heard of them, it’s memorable. I’d struggle to think of anything more generic.

I nonetheless find it sad that a word that literally just means ‘a text manual’ has been nixed so as to not upset the ignorant.

I think we all know the site wasn’t named as a play on the literal meaning of “text manual” right? It was cheekily titled as a play on what most of the world knows as a sex arts manual.

I’ve noticed this same trend, and it drives me crazy because I don’t like Discord. More and more podcasts, websites, etc. are moving discussions for Discord, which frankly is just a lousy interface for finding information or accessing information. However, I’m not sure Luke has actually diagnosed why this is happening. Is this more a function of “all the kids are moving to Discord” or “forum software is expensive and a pain in the ass to maintain, and Discord is neither of those things?”

I know there has been great angst about switches in forum software, and I don’t want to re-hash that, but my impression is that forum software generally is super fiddly and breaks regularly, while Discord, for better or for worse, “just works.” Furthermore, many of the mobile-friendly features of Discord (which make it so terrible for accessing archived information and focus on surfacing only the latest information) are mirrored in forum software these days.

Does anyone have experience with switching from forums to Discord? If so, why did you do it?

Forums are non-trivial database problems. My experience is out of date but the out-of-the-box stuff (vBulletin, etc) was not immune to causing database issues under load especially when a forum got some combination of old and highly trafficked. (And nobody writes their own forum software except Stardock because Brad has brain thoughts about shit.)

Forums also quickly devolve into nightmare toxic hellpits if left to the Internet at large without active moderation.

Discord is “write us a tiny check every month and shit gets handled,” which is extremely compelling to a tiny company that wants to do literally anything but worry about forum admin.

Does anyone have experience with switching from forums to Discord? If so, why did you do it?

Forums have to be moderated heavily. The more ephemeral live chats have a more lax need of moderation.

Koichi Sugiyama, composer for the Dragon Quest series, has died at 90.

Why’s this go in the journalism thread? Because he’s an extremely controversial figure, which has been reflected in the reporting of his death. Here’s the Game Developer obit, for example, which spends more time talking about his racism, nationalism, and anti-progressive stances than it does about his work in video games. 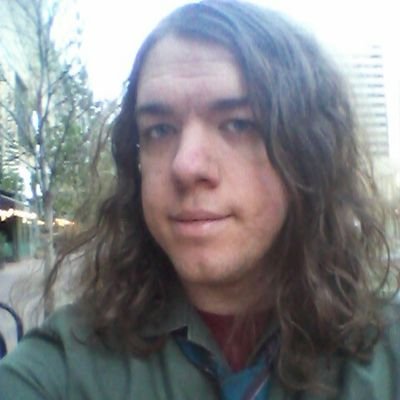 @iiotenki
Gonna go ahead and preemptively congratulate Japanese mass media for another inevitable mass dereliction of duty when they do their obligatory writeups and remembrances in the coming days. Genuinely no hope whatsoever with so little independent game press especially.

@iiotenki
I will guarantee you right now that not a single major Japanese game outlet of any repute will so much as even allude to what he said and did outside the immediate scope of his career because to do so would jeopardize their access to Square for covering their games in the future.
RickH October 8, 2021, 1:24am #181

Not everyone can be an austere religious scholar.

WaPo calls out the whole system.

As a result, the overwhelming majority of video game reviews are written in a burst, immediately following a marathon session with the game. For every prestige, 5,000-word review that lands a week after a game’s release, 25 more are cobbled together in a frenzy with the goal of hitting the embargo date, which is the same for every outlet. Vanishingly few reviewers command an audience that will treat their work as appointment reading. As such, most writers are at the mercy of Google’s search engine, and time their work to the peaks at which people are seeking out reviews. Take an extra day to polish your prose, and you’ve given up pageviews to your competitors. Google’s search engine takes a lot of factors into account, but I doubt it has any perspective on the artfulness of a much-agonized-over introductory paragraph. The system rewards speed.

Does that approach benefit anyone? A cynical reader might say it serves a game’s PR apparatus. In some cases, this compressed schedule leaves reviewers with too rosy an outlook on a title — especially titles that have the benefit of polish, or whose astonishing qualities require little unpacking. But everyone else ends up worse off. The current regime is bad for writers crunching under a deadline, not to mention the harassment they might face if they get something wrong. It’s bad for readers, too, if the reviews they turn to are written by someone playing at a completely different pace, whose objective is to get through the game rather than to enjoy it.

The system in place is bad for reviewers. It’s bad for readers. And it’s bad for games. In college, an art professor of mine remarked during a museum tour that one could conceivably spend an entire day considering just one work of art. Critics and casual observers alike have argued for decades that games are, in fact, art. But more than that, games are vast museums. Every in-game vista, narrative and mechanic is the work of one or many artists — and each is potentially worthy of examination on those terms.

Now, imagine speedrunning a museum visit, and being asked afterward to explain the merits of the gallery’s collection. Does it seem like what we’re doing is sensible?