For those of you who miss A Life Well Wasted, one of Robert Ashley’s segments is on the latest 99% Invisible, which starts out about the demise of Geocities and various vestiges of the early internet, but goes on to talk about digital archivism.

The Lost Cities of Geo - 99% Invisible

The first time that David Bohnett heard about the internet, he knew that this was going to be a technology that was about to change the world. Today, David is a philanthropist and tech entrepreneur, but back in the early 1990s he really wanted to get...

I haven’t listened to a gaming podcast in a long time, other than Qt3.

But this sounded really interesting, I’ll probably try it out:

Podcast downloads for This Game Changed My Life

Ben Pack is leaving Giant Bomb. I really enjoyed his contributions so this is a bummer.

Yes it's true - I'm leaving Giant Bomb after our GotY streams next week. I've had a great run but now it's time for a new chapter. Thanks for all the kind words I've already received, and I hope you enjoyed my bullshit much as I did.
DarrenO January 22, 2021, 8:55pm #5087

The Besties podcast has ended its Spotify exclusivity, and they aren’t backwards in coming forwards about their terrible listener numbers being the cause. I’ve always enjoyed their take on games, and they are comically desperate for listeners at the moment, so if you enjoyed them in the past maybe time to catch up again?

Did you know you can now listen to The Besties on Apple Podcasts? Or Overcast? Or any podcast player of your choice? It's true! twitter.com/thebestiespod/…

To celebrate The Besties' annual Game of the Year bracket, we have some BIG news. We heard your feedback. You can now listen and subscribe to The Besties on your favorite podcast platform. (The feed is updating today, so it may take a moment to appear) https://t.co/QgHnFJHrmM
Ginger_Yellow March 10, 2021, 6:28pm #5088

So, is Danny O’Dwyer a permanent member of the Giant Bombcast now? I may not have been paying attention when that was said, and I’ve been assuming he was just guesting, as he often does. But it’s been at least three episodes in a row now. If he is permanent, that’s great news.

Jake Rodkin is on the latest Retronauts discussing the Telltale Sam & Max games, for those who miss Idle Thumbs and/or just love the games.

I’ve been listening to @SorenJohnson’s Designer Notes podcast a lot of late. Really, REALLY enjoyed the extended interviews with some of the Inkle/texty games folks like Meg Jayanth (who wrote 80 Days) and Jon Ingold of Inkle. It’s really gotten me fascinated with wordy games that push at the limits of description and parser games that I’m familiar with.

If you’re a Brit or an Anglophile of a certain age, you should probably listen to the latest One Life Left episode. It’s all about the forthcoming Read Only Memory book about GamesMaster, and also features some nifty remixes of Bitmap Brothers theme music. 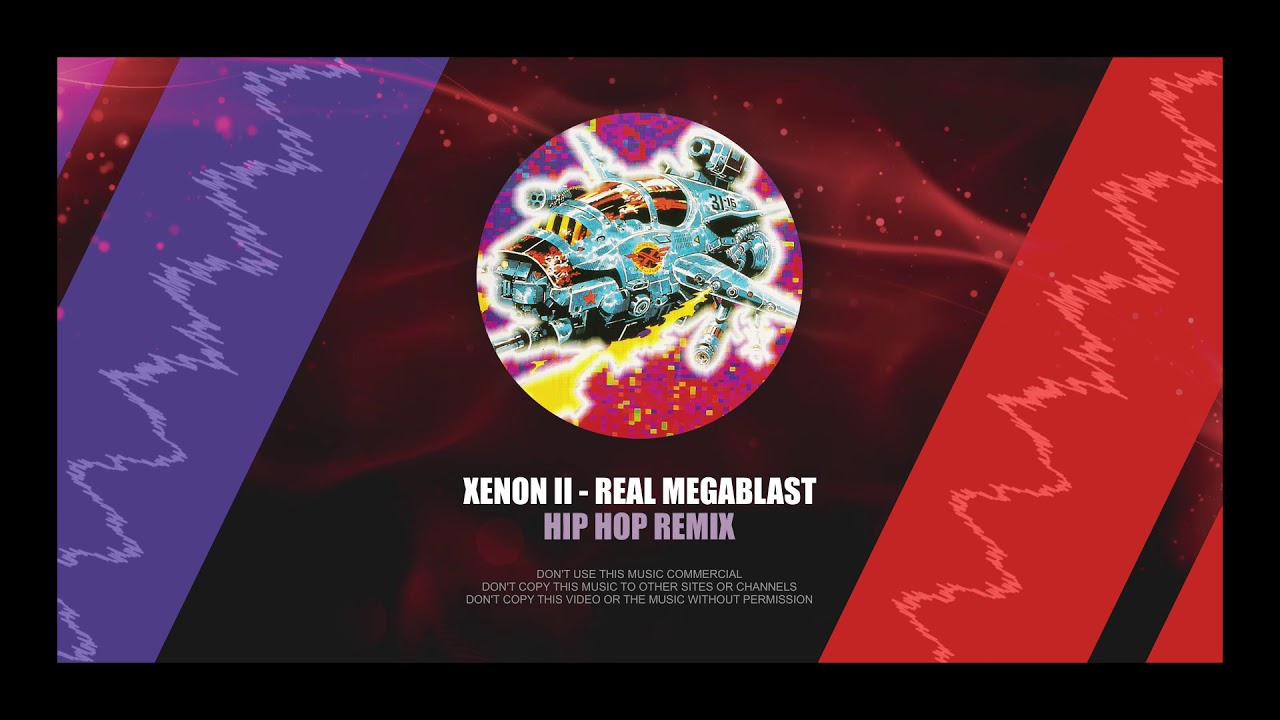 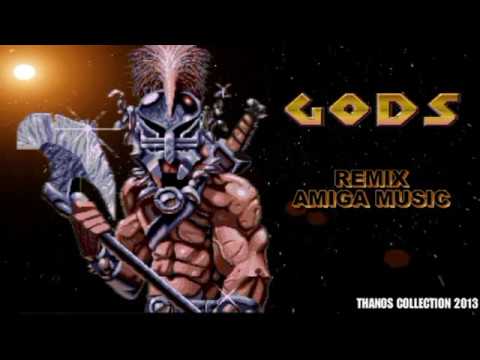 Just announced on the Giant Bombcast. This is the last week for all three of them. Jeff still sticking around he says. Edit: Clip from the podcast of just the announcement:

I haven’t really listened to these guys more than on and off in years - they tend to cover games I don’t find interesting and when they do cover something I’m into they barely talk about it or they reference a video where they played it and then move on to discuss… I don’t know, wrestling or pinball machines or something. I miss when I loved these guys, but I don’t want them to leave GB at the same time.

Jeff, the guy I think has grown to dislike video games the most since I first started listening to him (something I think happens to most critics/reviewers eventually, for any media said person reviews), is sticking around, which is surprising.

I will say that on a very recent episode I did listen to, maybe a month ago(?), it sounded like their parent company had been acquired and maybe this is fallout from that?

Jeff, the guy I think has grown to dislike video games the most since I first started listening to him (something I think happens to most critics/reviewers eventually, for any media said person reviews)

What’s going on at Giant Bomb?

They got bought out from CBS along with CNET. People are speculating they had a six-month contractual bonus period which has expired.

Jeff, the guy I think has grown to dislike video games the most since I first started listening to him (something I think happens to most critics/reviewers eventually, for any media said person reviews), is sticking around, which is surprising.

I hear this criticism a lot and I just don’t get it. Jeff loves loads of games. Just because he dislikes some generally popular games and just because a lot of the games he likes are retro, doesn’t mean he dislikes games in general. Same for movie critics, for that matter.

They got bought out from CBS along with CNET. People are speculating they had a six-month contractual bonus period which has expired.

I had heard that elsewhere, but it’s been debunked by Vinny.

Just because he dislikes some generally popular games and just because a lot of the games he likes are retro, doesn’t mean he dislikes games in general.

Then he chooses to play games he knows he won’t like to talk about them later, rather than choosing to only play games he will enjoy. I can’t remember the last time I heard him praise a game as being something he enjoyed*, though I’ll admit I haven’t been an avid listener for a good while now.

I’m certain he likes video games, it just doesn’t come across that way to me, and it sounds like others as well feel the same vibe from him.

Then he chooses to play games he knows he won’t like to talk about them later, rather than choosing to only play games he will enjoy

I can’t remember the last time I heard him praise a game as being something he enjoyed*, though I’ll admit I haven’t been an avid listener for a good while now.

Just last week he was very positive about Returnal, and before that Outriders (narrative aside).

Does GB review games? I just looked, I guess they do, but they don’t review many, looks like. The most recent review was Oct 2020. In any case, my point is that regardless of how Jeff prioritizes his free time or if the issue is he’s just burned out by critiquing games, needing but unable to take a break from them, or just life in general the feel I get from him is he doesn’t really like gaming anymore.

Whereas to me, he comes across as a guy who loves gaming so much he has amassed a massive videogame collection spanning decades, is deep into the emulation scene, is fairly deep into the fighting game scene, and has plenty of insightful stuff to say about a broad range of new releases, even stuff that doesn’t appeal directly to his tastes.

GB may not review a ton of games in the traditional sense, but a good chunk of the podcasts consist of informal reviews, and they have a very in-depth game of the year process that requires playing the major releases to have meaningful input into it.

Well, you seem to know him and his brand better than I, I’m only giving you my impression, I’m not trying to say it’s accurate.

Sure, and I agree it’s a fairly widely held impression, I just don’t really understand it, other than that there seems to be a common mindset among gamers that if you don’t like most if not all of the big releases then you’re a hater (see the frequent reactions to Tom’s negative reviews, for instance), rather than just a person with particular tastes.

Sounds like a radical overhaul is in the works.

In a statement, Giant Bomb founder Gerstmann said: “I’ve spent a lot of the last year thinking about what’s next for Giant Bomb and most of those roads lead to a full-on rethink of what it means to be a Website About Video Games in 2021. While I certainly would have loved to solve these challenges with my longtime friends and coworkers by my side, it just wasn’t meant to be. I wish Vinny, Alex, and Brad the best. Meanwhile, we have a pretty exciting opportunity to broaden our horizons, rethink every facet of our operation, and get to a place where we’re truly able to build that bomb all over again… or die trying.”

Speaking to the future of the site, the Giant Bomb team as a whole said: “There is a collective vision for what the future of Giant Bomb is and it involves both familiar and new faces. We’re already in talks with creators so that we can begin the next chapter. We’re fully aware that this marks a big change and we’re using this as an opportunity to rethink what this site is. It’s a chance to introduce new personalities from different backgrounds and explore categories and topics that we never have before.”

Three members of the beloved Giant Bomb team have announced their departure.