Once you exit the game and shut down the app, the “content” is erased from memory.

This doesn’t make sense. You’re saying they’re not hosting versions of these game on their server for quick access, but actually downloading and uploading constantly, using up resources each time only to erase it again?

They are definitely installing the game each time you log in. I suppose they may have local copies of the game installers.

From what I understand, a remote VM is pretty much the same as a local PC, you have an automatic copyright exception to install software and to copy it to memory, as otherwise it would be entirely worthless. Geforce NOW appears to not be the same, presumably sharing and caching files, which are other copies, for their own benefit, a non-owner.
How much that matters only a lawyer can say, without 100% certainty, and it’s going to vary by country, but I think that they would need to provide the service much more like a VM to be legal without an agreement. And, of course, for most of the world, whatever it says in the contract of adhesion EULA.

It “installs” instantly. My guess is they have each game already installed in immutable volumes on their SAN and simply mount the volume for whatever title you want to play.

Again it comes back to the software license and ToS. The question is whether owning a license entitles the user to run that software anywhere they want. I can’t imagine that’s ever been tested in the courts, and to a layman it seems reasonable that Bethesda and Blizzard would be laughed out of the courts, but I’m certainly not a lawyer.

Thing is you would think Nvidia would have come to an “understanding” or deals with the major publishers before going commercial with this service.

So the thinking here is that Nvidia is using these games without the publisher’s permission, or that Nvidia only had permission to use the games in a beta service, not a public commercial service? Maybe I missed it in the article, but I have a hard time believing they’d use the games and associated branding without some sort of agreement with the publishers.

You’d be surprised at the things businesses assume.

Maybe they thought what some others thought, that they didn’t require permission. That’s a big assumption to hang a service on, and one that still may require courts even if they were right.

This is really disappointing. First Blizzard and now Bethesda. My gaming PC died last year, so I am using an old AMD A8 system with an older Geforce card. It can ran some modern games, but not well. It was great being able to play modern games at high frame rates again. I was even going to reup my sub to World of Warcraft, and planned on buying Doom Eternal on PC because I thought I could use Geforce Now to run it. I picked up Wolcen when they added it to Geforce Now, so that is a ‘sale’ generated because GeForce Now exists. I am not sure what the market is for people with older hardware buying hardware intensive games specifically because of streaming, but its strange that game publishers are willing to leave money on the table.

I don’t see myself getting another gaming PC as I just have too many other hobbies (guitar, motorcycles, reading, travel) and those plus spending time with my wife and kids doesn’t leave much time for gaming or the desire to spend a lot of money on the hardware required. Both Geforce Now and Stadia (which I own) are working great for me, as I do have a huge Steam Library that I built up over the years.

It’s funny that today the tech is now at a level where the experience is awesome, but the whole thing is being ruined by greed. I really hope that this kind of thing can be sorted out; I’ve gone from totally excited and invested in this technology to wait and see. It will be a while before I open my wallet again.

I predict that Ubisoft will be the next publisher that leaves Geforce Now.

Agreed, I was really sold on the convenience, but waiting for some titles to line up before subscribing to the service. I was tempted to buy a couple of games to play primarily on GeForce Now but held off due to the confidence issues I mentioned above.

If nothing else works, I could live with Nvidia paying a licensing fee and passing some of that onto the customer, as long as it stays in the Netflix / Spotify range. I assumed that’s what this was about: Bethesda and Blizzard holding out for a fee and positioning themselves to offer exclusivity to Stadia or whoever the other competitors are.

Re: the installs, I assumed that was just to validate ownership on my end. At least one game (Civ 6) ceased going through the install process after the first couple of launches.

More evidence that Nvidia just assumed everyone would be okay with this. 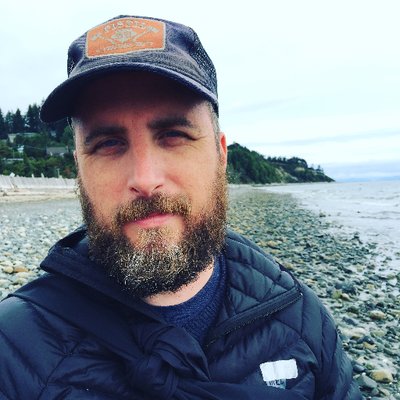 Sorry to those who are disappointed you can no longer play #thelongdark on GeForce Now. Nvidia didn't ask for our permission to put the game on the platform so we asked them to remove it. Please take your complaints to them, not us. Devs should control where their games exist.

The wording of that tweet makes me wonder if he understands what GeForce Now is actually providing.

The wording of that tweet makes me wonder if he understands what GeForce Now is actually providing.

Maybe? I read his responses and am not sure.

Any developers who try and block this service instantly get on my shit list, and not because I want to use the service. I don’t, and have no plans to in the future. But it’s just another avenue for them to chip away at our rights, whether in the courts or not.

I am wondering how far Nvidia will go to fight this, the answer is apparently not very but I am curious to know whether that’s because they don’t want to piss off developers or if they don’t think they have a case (I certainly think they do).

This is weird. If they didn’t ask permission, then why did only some games make it on there and not a whole lot more? Maybe just the limitation on time and what to put on the servers?

I’d agree that Nvidia is playing nice because they don’t want to piss off devs. Offering up a restricted virtual machine and requiring a customer to validate their license is probably within the terms - and it occurs to me Steam may have some language in their contracts that would specifically allow this sort of thing since that’s one of the big value propositions of a digital storefront (buy once, play anywhere).

Of course, the risk of taking this to trial is huge and could have some pretty far reaching implications for virtualization if a ruling would go against Nvidia. I don’t blame them for not pushing hard on something that’s probably a rounding error of a side business at this point.

Nvidia should NOT have to ask permission. They just don’t want to fight over it.

Apparently this was the customer-friendly option!

Remember: the most customer-friendly thing you can do as a dev, is run a sustainable business so that you can support your game and your customers into the future. Controlling your own content is key to that.
rei March 2, 2020, 4:51pm #118

Well, they say it limits their ability to sell ports. Say, to a mobile version like Switch.

I wonder if he just doesn’t really know what GeForce Now is and how it works. He’s acting like it’s a storefront and he’s not getting his cut.