Just picked this game up a few days ago. $30 for the Island Bundle as a regular price seems totally fine for what I’ve read of this game, so I grabbed it. When games are priced so reasonably, I have no qualms paying full price.

And holy shit, what a beautiful engine they’ve got. Everything looks so fantastic that I’ve spent a few hours already in just the intro area wandering around admiring the scenery. Really nice job with the engine and scenery, and it’s smooth as silk thus far.

The kiddo and I play this quite a bit…just messing with Robots is fun. He never wants to advance his campaign game, just explore and get scared S***less at times from sneaky bots.

So needed something different to play and tried this.

The aesthetics are the main selling point, and there’s something … oddly familiar yet foreign to me about the whole setting, it’s eerie in a way I can’t quite place, it makes me feel at home yet clearly, not. I had the same feeling when visiting Iceland. I don’t belong here, yet didn’t I come from here?

What is it with Scandinavian developers and their love of heavy use Depth-of-Field? I just associate now to Scandinavian sensibilities, like birch wood furniture. Likewise, the emphasis on the sunlight “sensibilities” feels entirely northern, from the color to the way it makes glare, to how it lights the environment. And it again triggers some kind of weird collective memory thing in me or something.

Combat is intense, but like above i’m not sure how i’m supposed to fail, because apparently (?) ammo doesn’t respawn but enemies do. Playing solo I’ve had some intense moments, and there’s a lot of runaway! runaway! sort of behavior.

For me anyway the aesthetic and ambient Scandi-like soundtrack is doing the heavy lifting. The intense and difficult combat is interesting but i’m not sure it’s going to be the selling point. The weirdness of this being sort of / kind of a server-like multiplayer game at its heart makes me wonder if it’s not just going to break at some point further down the line.

I myself got tired of the combat and sneaking, and after making it to the first real big bunker I called it quits. Also it ended up not fun (for me) as a single player game. I think the game world is set for a party of 4 players, and doesn’t reduce the number of enemies on a map if there are less players in game.

Combat is intense, but like above i’m not sure how i’m supposed to fail, because apparently (?) ammo doesn’t respawn but enemies do.

Yeah, this was the main thing about the game that just made it feel perpetually unfair. It would be one thing if the enemies were robots who charged at you and tried to kill you using melee attacks, but all the robots I encountered had guns and were shooting at me, and had infinite ammo, and I had limited ammo that didn’t replenish when I died.

I mean it seems like the ‘proper’ way to single player is sneak, shoot the barrel on the back, rinse and repeat? A good shot in the back can one-shot the weaker 'bots.

There was a tall humanoid robot across a river that seemed stuck on terrain or something, and I shot something like 20 .243 rounds and like 80 .32 rounds in its face before it went down. There’s no way you can do that over and over again.

But the annoying thing is that there is a skill point system and the main way to get XP is by killing bots. There seems to be a contradiction at the heart of the game. I guess it really was never meant to be single player but they just let people play it that way anyway.

If I wanted to give this game a go, are the DLCs essential? ie It sounds like game was rather rough around the edges when it released and has been heavily patched and updated.

Did the devs stick all those major bug fixes & balances into the paid DLCs and the base game is still wonky? Or are the addons just different robots or something?

I wouldn’t worry too much about the dlc if you’re planning on playing it single player. I played it a few weeks ago and it’s not wonky at all; it’s a pretty good stealth/tactical shooter which I enjoyed a lot for about 15 hours until it just became too difficult because of enemy numbers and concentrations. The way to deal with the big bads in particular seems to be for one player to distract while another shoots weak points from behind.

As I say, I enjoyed my time with it immensely; it’s an excellent 12-15 hour experience for single player but realise that you’ll likely have to bail on it after that.

Edit: ok, it’s a little wonky now I think about it - there is some teleportation of enemies to the inside of buildings, but this is really more of a desired outcome given they are so tough. ;)

Thanks for the input!

I was thinking of checking the game out and if it holds up for me, would try to talk my buddy into joining me for some coop gaming. (he’s pretty critical, so would be put off by bugs / problems a lot more than me)

Yeah the DLC is just more game - it’s better coop for sure.

More and harder game from what I’ve read, and also that it makes the beginning retroactively harder by adding the new tougher robots to the starting landmass, or maybe just more bots in general? Can’t remember now.

Christ, so they doubled down on the biggest issue with their game? Baffling.

Well, I stumbled on an update from a June patch that says:

So what about the other bits that come with the update, the ones that you won’t need to get the expansion for? Well, it’s a mix of good stuff that we hope will improve the game for you!

We’ve toned down the difficulty across the board based on overwhelming player feedback, while still challenging, it won’t be punishing - keep feeding back so we can fine-tune this as best as possible!

Since I haven’t played the game I can’t really put that into context, but it sounds reasonable at least?

I played since that patch :D

I think you should give it a go, and if you can enlist your co op buddy you’ll have an even better time. The first landmass is manageable as a single player (it’s a big area too, the entire map is absolutely massive) and my own problems, which began after that area, was that the game became just too attritional to be fun as a single player.

It should shine in co op even if I have some doubts about balance there too (it was common for me to sneak past three of the toughest enemies in the game all bunched together, for example, which I can’t imagine being fun for even a bigger group).

Brian that is an excellent point. But …. ok agreed. Stilll… Sweden? Really?

Sweden used to be one of the global superpowers back in the day. Maybe the robots have a long, long, long memory?

I found it interesting solo during their free weekend, but I didn’t end up buying it because it’s so clearly designed for coop and mostly coop shenanigans, seemingly, not so much things like story. In particular, things respawning makes me lose almost all interest. And the atmosphere is great, but huge swathes of the island are cookie-cutter buildings with little of interest in them. If they did a focused singleplayer narrative experience with this material, I’d be all over it. As it is, nah.

For ten bucks it’s a very enjoyable experience, at least the first few hours that I’ve tried. I have little interest in co-op, though I’d be up for that perhaps later, but I don’t really care much about the narrative (I mean, it’s like, Sweden, in the 80s, with invading robots, so, story is not a high priority here), and I just like roaming around rainy, robot-invested and mostly deserted Swedish landscapes. 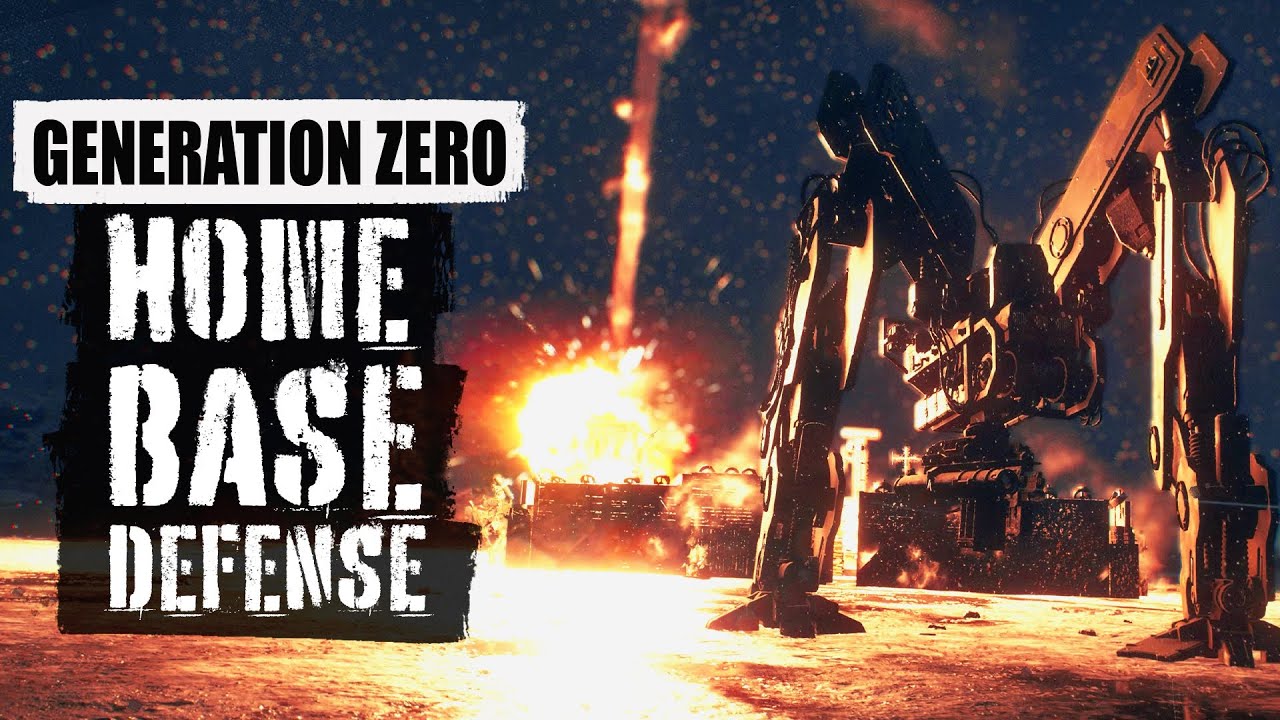 I tried this when it was on sale some time ago. It was kind of interesting for a bit, but the extremely lackluster crafting and the repetitiveness of the robot enemies made it hard to appreciate the nicely modeled Scandinavian landscape and stuff.

My kid and I play this for a few hours every few months. Really enjoy the idea of it and we have fun just messing around but it’s not a must play game.