Did they change that at some point? I have triggered an alert when someone found a body, for sure, though yeah the corpses do go away pretty fast. There seems to be a short period where the bodies lie there and can be seen?

I am not a very good Ghost, I don’t think. I rarely can pull off the multiple Sync shot takedowns and silent, undetected infiltrations I suspect I should be doing. Mostly it ends up being Blackhawk Down.

I am not a very good Ghost, I don’t think. I rarely can pull off the multiple Sync shot takedowns and silent, undetected infiltrations I suspect I should be doing. Mostly it ends up being Blackhawk Down.

You’ll get the hang of it. Make sure you use your binoculars and drone to mark everyone before you start shooting.

You’ll get the hang of it. Make sure you use your binoculars and drone to mark everyone before you start shooting.

Yeah, when I can pull it off, it’s very satisfying. I have to also learn to fully recon a site, because too often I’ll nail the first two guys only to have the other four open up on us.

And, wow, some of the dialog in the recordings you find in that first region contains maybe the grossest and most disturbing exchange I may ever have seen in a mainstream video game…Yuri and Polito are pieces of work.

You’ll come across a lot worse, seems like Ubisoft studied the methods employed by the Juarez, Zetas and Sinaloa cartels in Mexico.

Finished this up yesterday, and got the “real” ending. It was much better than the original ending.

So I started working on the bonus missions. And they’re all… really, really bad. Super frustrating and un-fun.

The Predator one was fantastic, had me grinning ear to ear… right up until the point where I had to actually fight the Predator and then it went to shit really fast. Then when I finally killed it? Died to the bomb. Then died again. No, the secret to surviving the bomb is to ignore the artistry and talent that went into animating the Predator’s final moments. No, you don’t look at him, instead you back into the yellow circle and the very instant it changes you start booking it. Great job, Ubi.

Then the one with Sam Fischer? Had to lower that one to Arcade difficulty and still almost didn’t make it. Also had to look up how to sneak into the base. Don’t kill anyone? Are you fucking kidding me? I’m a Ghost not because I’m invisible or even all that stealthy, I’m a Ghost because I murder anyone who might see or has seen me.

Now I’m on Operation Silent Spade. Stealing the Helicopter without raising the alarm is challenging enough – at least I can kill people. But the air battle that ensues afterward is hard as hell and they don’t give you a checkpoint. No, if you die, you have to start at the outskirts of the base and steal it again. No thanks.

Reddit says the new one, Operation Oracle is decent so I guess I’ll give that one a try. I did the R6 one a while back and I think it was OK.

I was really enjoying it, played quite a bit with friends. We went racing around the map getting all the good weapons. Completed a bunch of provinces. Then we did the Predator mission and I found it super frustrating. Partly I’m just not that good with action games, and felt like I was letting my teammate down, since he’s much better at action games then I am. I kept getting killed.

I think that was the last time we played the game.

Ha - I felt exactly the same.

I never did complete the Predator fight. Too hard while also being boring. I recognize all the descriptions of frustration above too. I would say the special forces dlc does a much better job of offering new content than the free stuff. Oracle, the last one, is pretty ok though. I don’t remember much painful checkpointing in that one.

The trick with Predator fight is the right weapon, and position yourself right.

Right weapon means high damage per shot weapon with high accuracy shooting from the hip. Not a sniper rifle though unless you are a total badass, but assault rifle. There is a very small window to shoot before the Predator can fire off a shot, about 1 second. And you want to fight amongst trees so you can easily use tree to hide or to block the plasma shot.

And use thermal vision to highlight the Predator.

Did all that. Endless hits on Predator. Boredom sets in. Fail to hang behind tree. Dead again. PREDATOR VICTORIOUS.

And don’t play with noobs. Sometimes I think AI teammates, stupid as they are, are better at drawing fire. Noobs like to bunch up and all get killed by one shot.

Oh, and call for rebels before entering the zone. Rebels are again very good fodders.

Game would be a lot more fun without all the god damn respawns, endless supplies of reinforcements and most of all – the SAM launchers that respawn.

I’m willing to compromise, have the highest difficulty mode require you to sleep, eat, drink, disinfect damage and whatnot - and a single shot is usually fatal, but at least once something is dead or blown up, it remains that way.

My first engagement went pretty well, then after the second one I had to laugh a bit since one of my companions summed up my performance by saying:

I rarely am able to play games on the weekend but somehow circumstances lined up on Sunday and I had a decent block of time.

I continued on my campaign for a while and was just enjoying the world, exploring, and doing a lot of side missions. Most encounters I approached tactically and was in control and was able to manage the threat. Then I had one engagement that should have been simple, but I messed up the stealth a bit and everything went sideways. This was against Unidad troops and they escalated and called in reinforcements. I managed for a while, but things kept getting worse as Unidad continued to escalate to the point where my position was being swarmed by troops and I was being pursued aggressively by two Apache gunships. I realized I was far outmatched and just ran down the mountain trying to find a hiding spot.

After running for several minutes I thought I had a safe spot and I thought I lost the Apache helicopters, but I was wrong and they fired a salvo on my position killing me.

I had been playing on Ghost Mode Extreme difficulty. The game notified me that my character was gone and that my save file was deleted.

I then had a few more false starts on Ghost Mode and decided to now continue with my non-Ghost Mode campaign but keeping the Extreme difficulty. I love the high stakes of Ghost Mode, but too many things can go wrong that kill your character (one poor start ended me via a vehicle explosion that I wasn’t far enough away from). I am going to miss the Roguelike aspect and the carry limitations, but I don’t know if I can take having all of my progress wiped again.

I’ve been killed several times by cars running me over accidentally as I crossed a road. So, yeah, permadeath seems risky ;).

I have some big problems with the apparent tone-deafness of much of the game, but i still enjoyed the union of “real terrain”, ie, a wide variety of biomes and settings, in an interesting setting with a very “Training Day” fear of Latin American callousness to violence. I mean, enjoyed insofar as all you do is run around and shoot things. Ubisoft has gotten very good at having very coherent design goals guiding their games in the last few years.

There is still a lot of annoyance - dual-wielding UZI drug lords can snipe me from hundreds of meters away faster and more accurate than i can shoot them with a sniper rifle. I did appreciate the goofy setting though - cult-like Drug Lord prophet of the death cult angel seeking to turn an entire country into a drug runners paradise, the establishment working with the cartel as a way of containing them, since they haven’t the power to fight them - and most of the Go Team USA stuff was always self aware enough to wonder if they’re doing the right thing or not.

I can’t imagine the new game to be interesting at all by contrast. Silly Mercenaries with robots on a pretend island has none of the gravitas of being set in a real place.

Personally I hope the drones have loads of cool behaviour, and aren’t just vacuum cleaners with a lot of HP.

I think i accept it’s basically impossible to tackle something like “what happens if a third world country falls to a corrupt/murderious insurgency”, because taking on ISIS is just too close to reality, so they had to do something semi-fictional, and basically wherever real life setting they chose could be quite unhappy since by implication wherever they pick has real-life internal problems they’re somehow referring to. They tried to “lighten” the game’s narrative a bit by turning Santa Blanca into kind of a Hollywood villain, with faces and names on the leadership you could learn to hate and a solipsistic antagonist that liked to hear himself talk.

and aren’t just vacuum cleaners with a lot of HP.

My dog also hates vacuum cleaners with a lot of HP.

I have some 50 hours in this, doing Libertad as the last remaining province, then few of the extra missions (Predator…) and finally Sueno himself.
It is insanely repetitive and copy pastey like usual with Ubi games (in fact I bounced off it twice after an hour or two because it seemed like so much a Ubisoft: The Game) but somehow on my third try I got over the initial couple hours and started appreciating the gameplay and the setting (plus I recently watched Narcos and this seemed like a kinda natural follow-up).
So, despite the copy paste I managed to enjoy it. I can’t help but wish Ubi would use these amazing worlds of theirs for more interesting quests/characters/storylines though.

Because they really are ridiculously pretty: 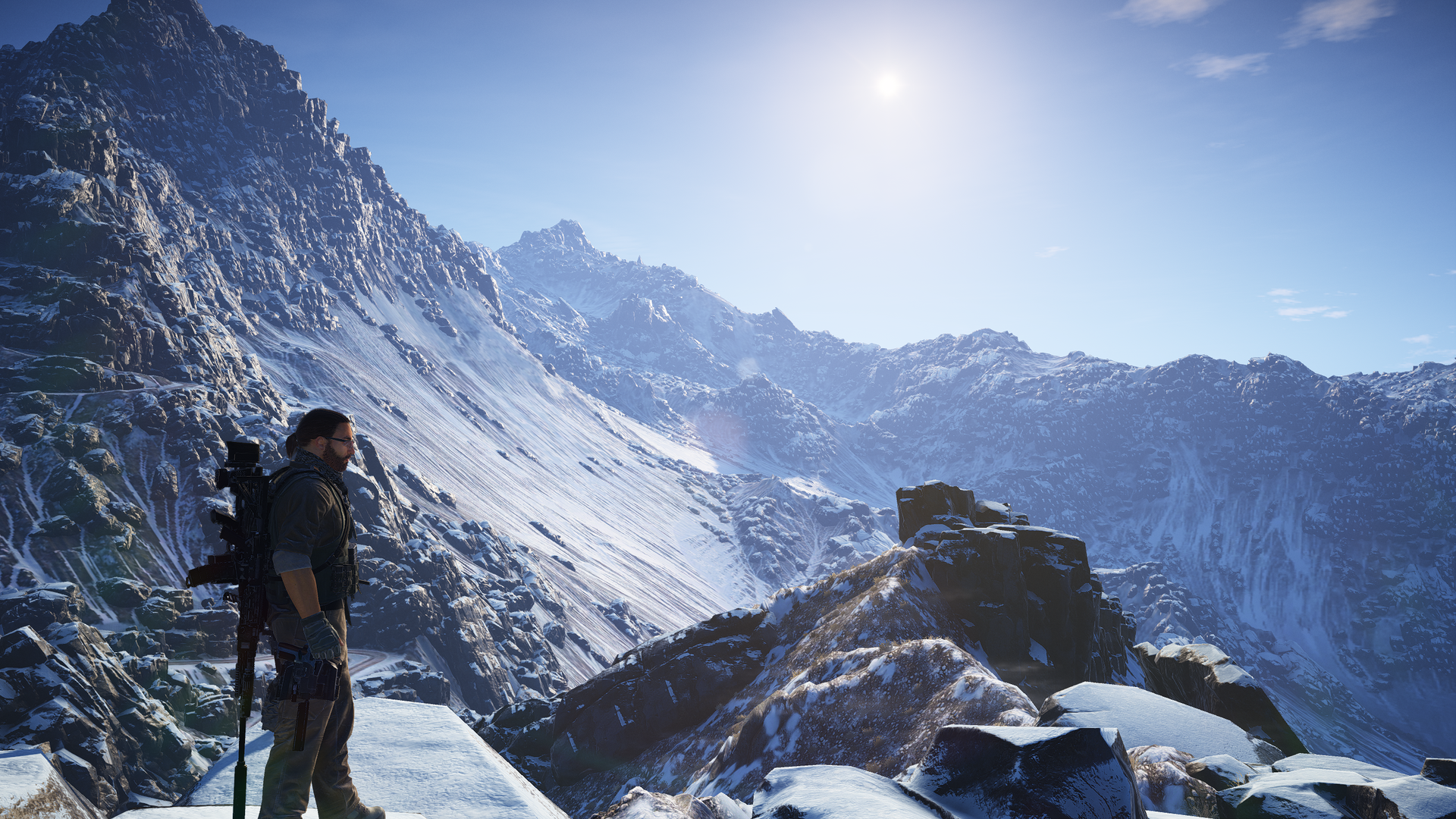 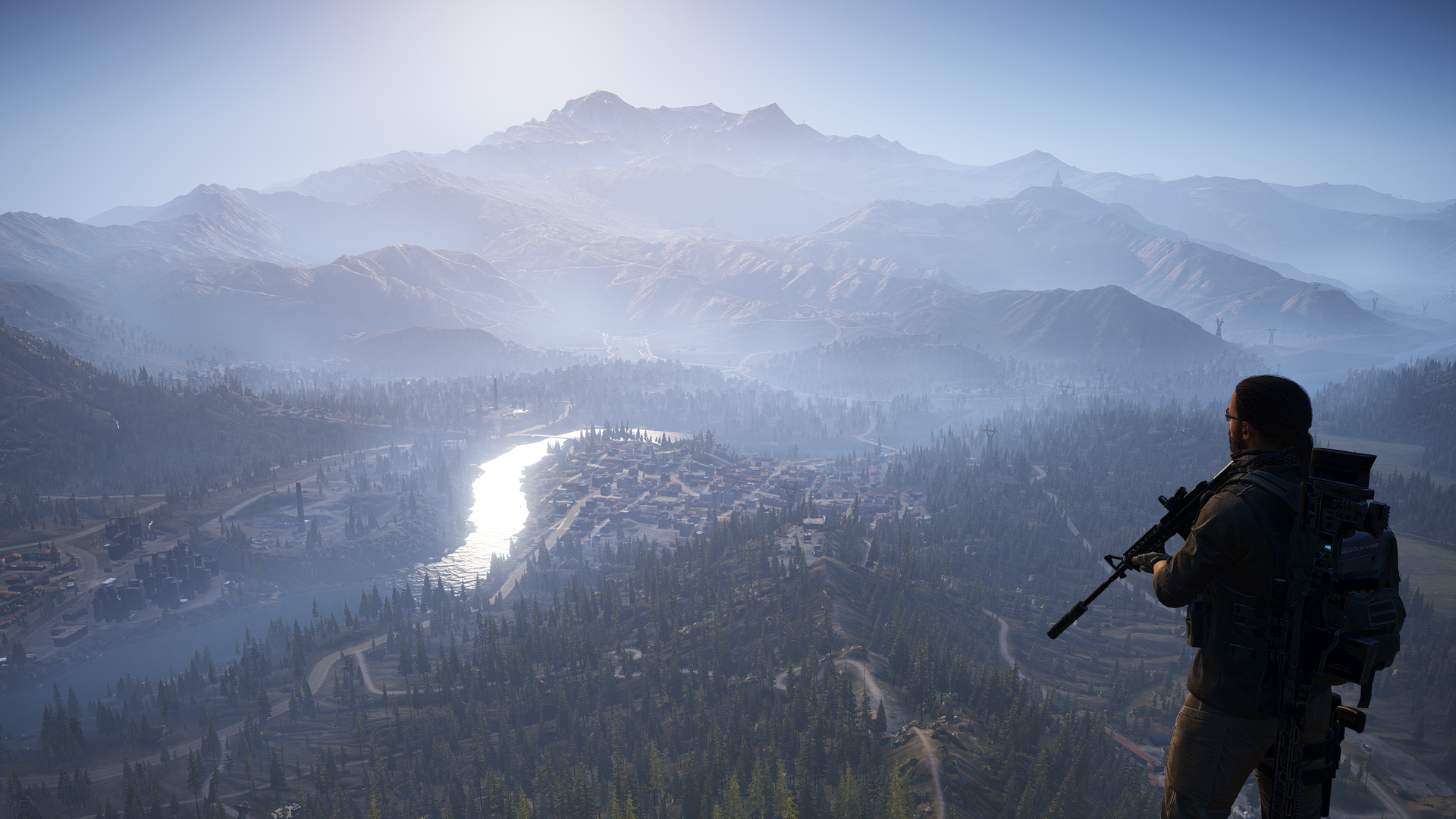 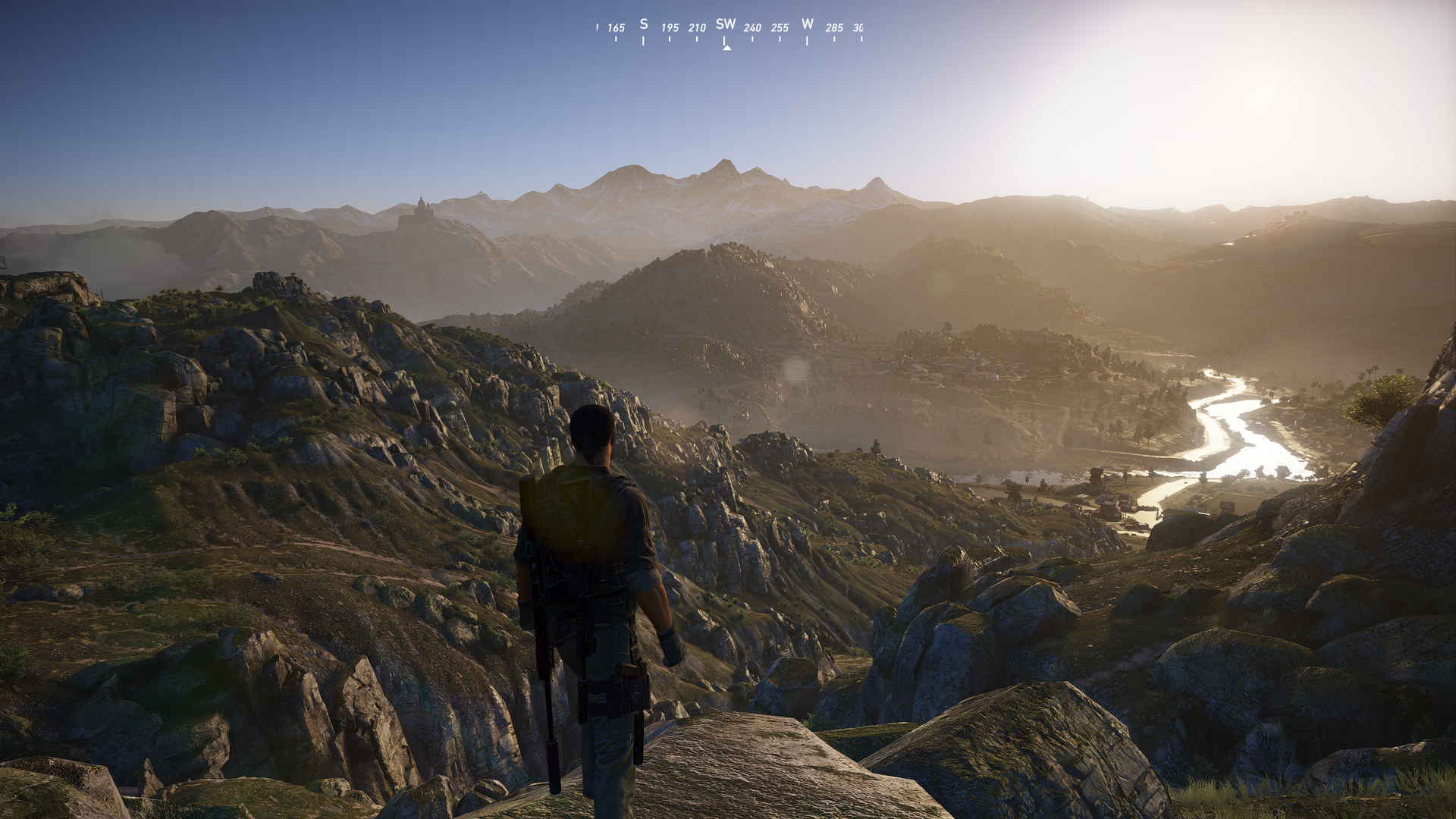 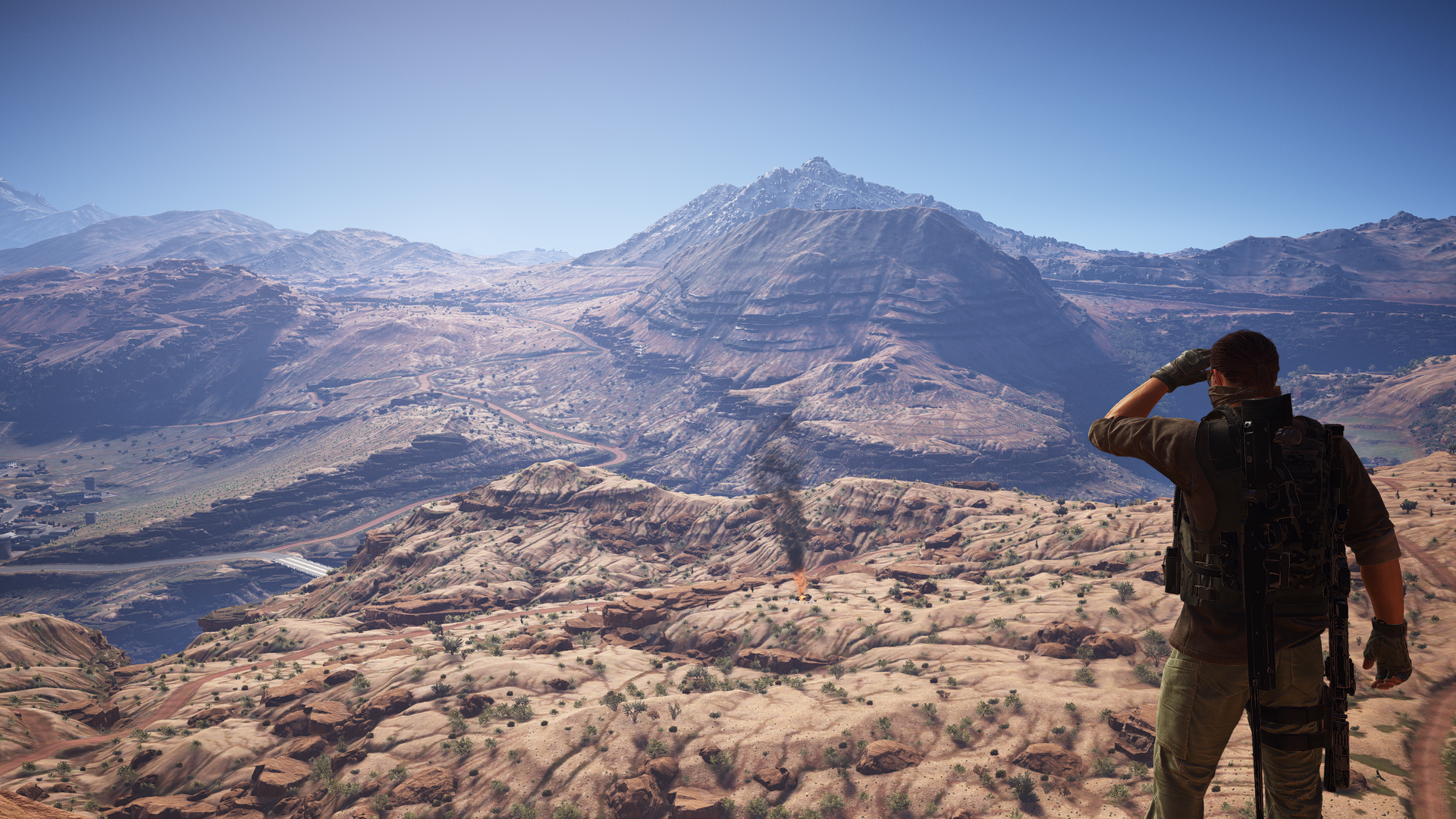 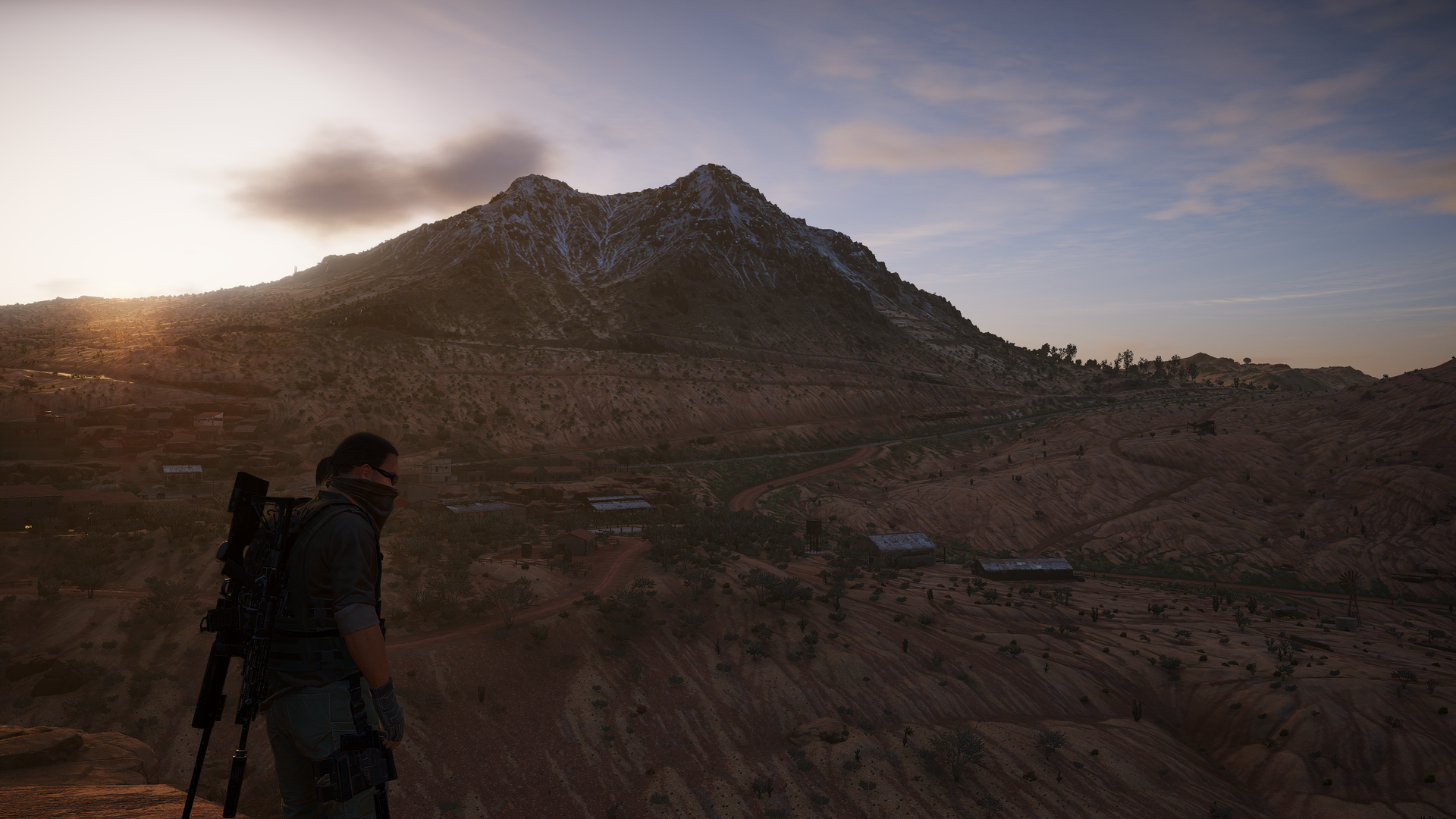 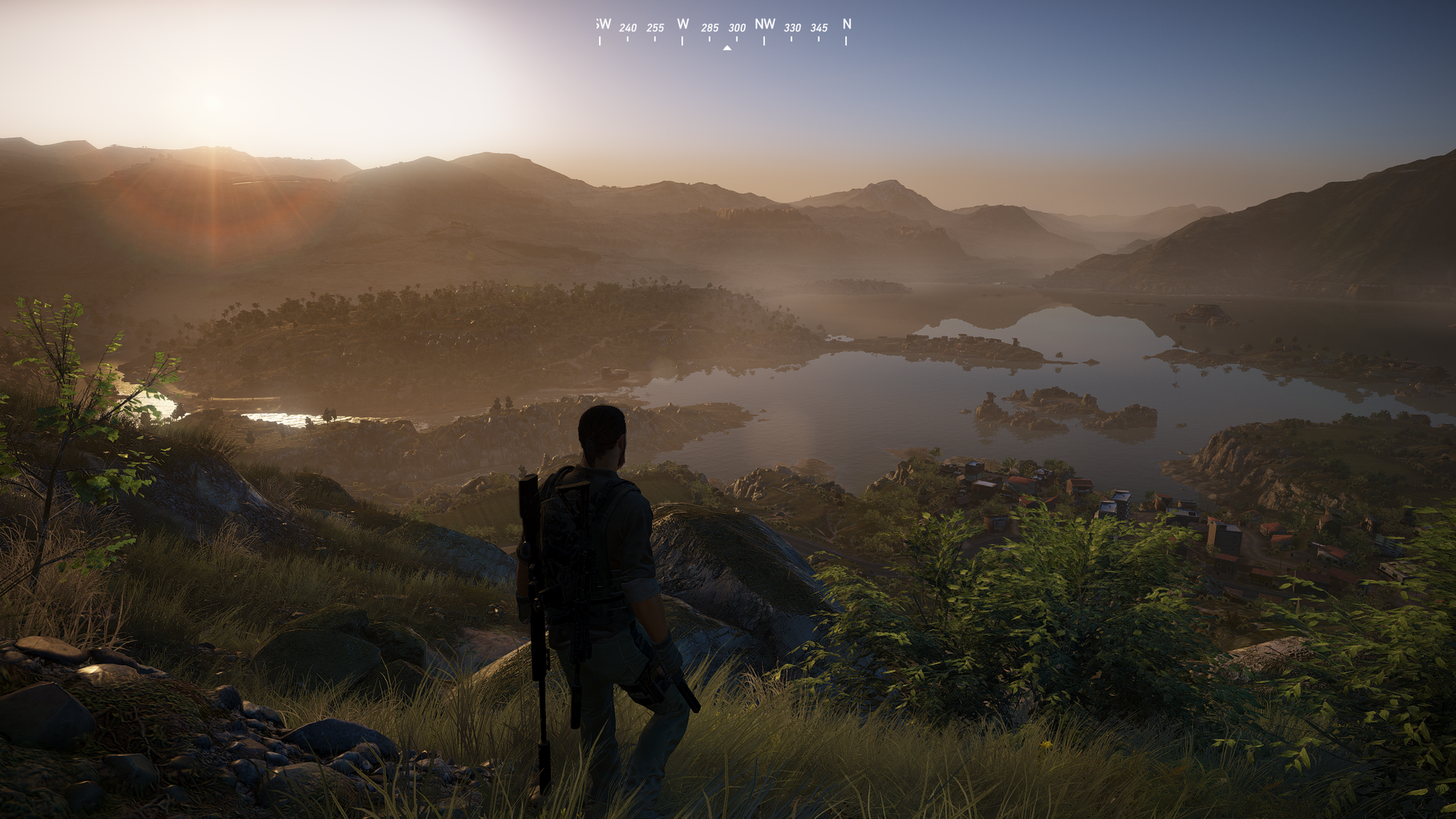 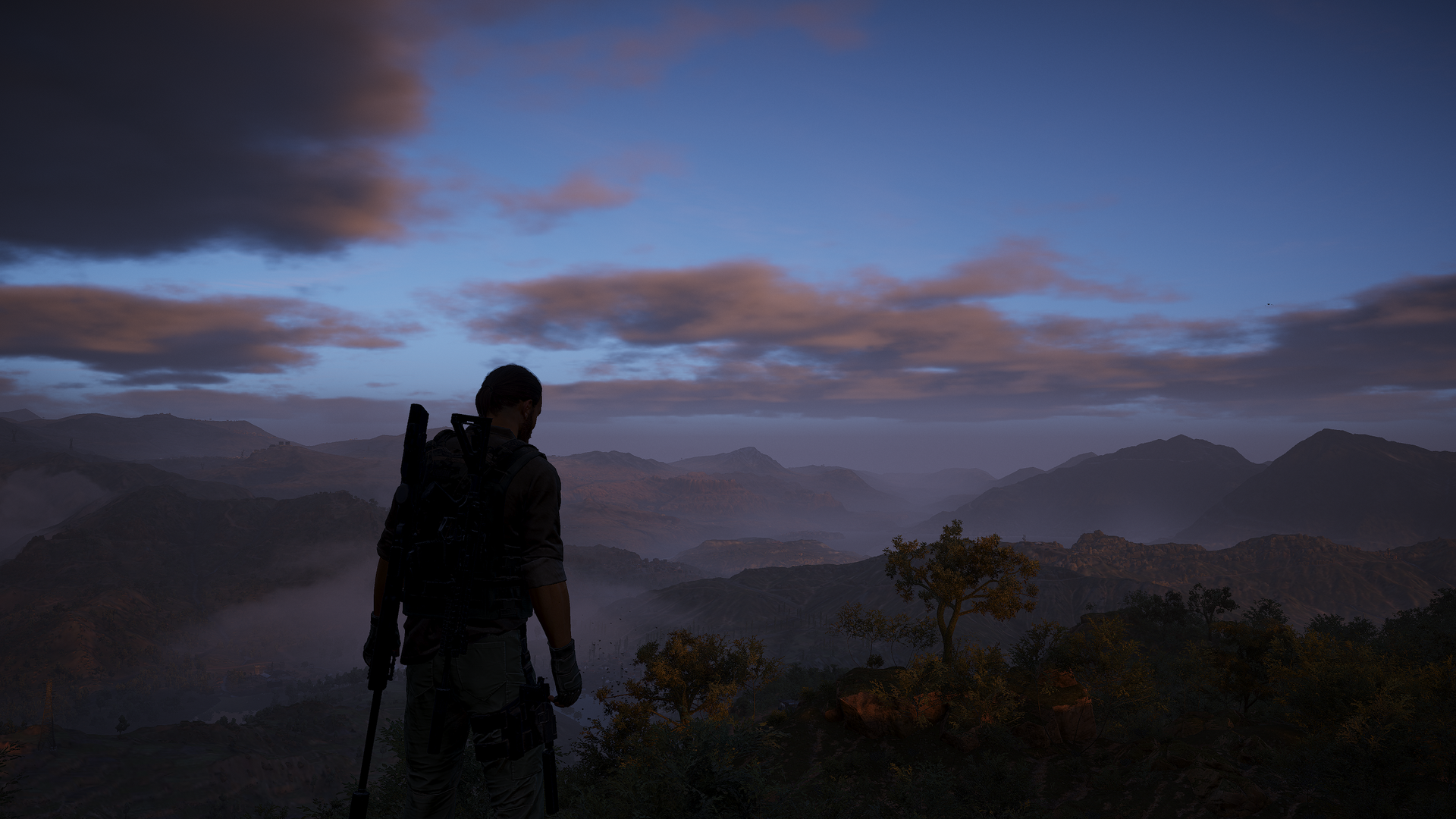 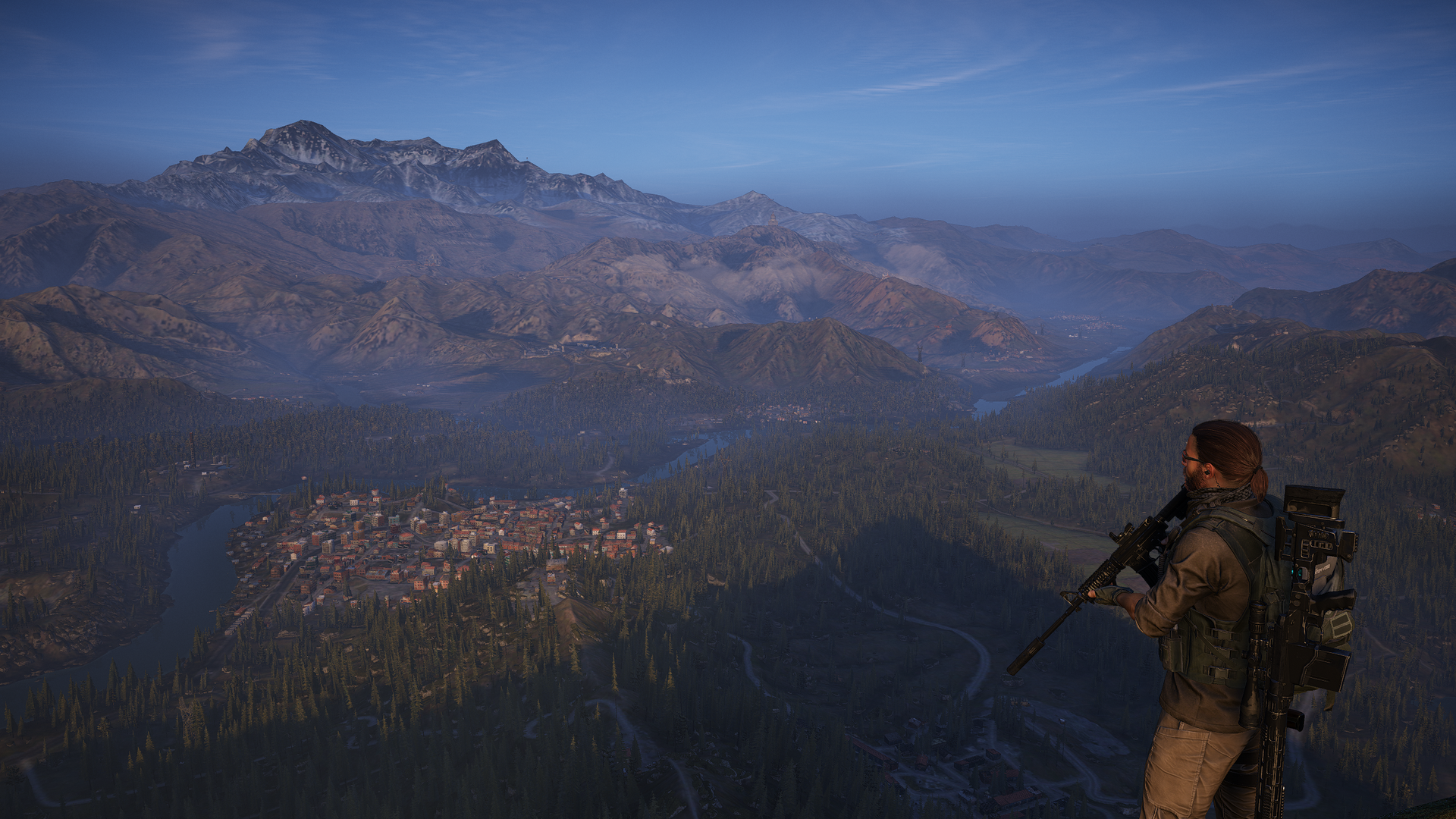 This game should have won some awards for its technical achievement.

Despite the fact that Ubi, with all their technical brilliance, are unable to implement something as basic as functional triple buffered vsync.