I think Killing Floor 2 is a previous Epic giveaway because I already own it there and I’m pretty sure I never bought it.

Ancient Enemy is nice, but doesn’t have any of the charm of the authors previous solitaire games.

My friend just complained that his free Prime Gaming games through the Amazon Games launcher do not work.

I asked him what the error or problem was.

I found out apparently that he’s intensely paranoid and signed out of the Amazon Games launcher after redeeming/claiming the games and refuses to sign back in some unspecified “privacy reasons.”

This friend appears to be about twenty years late to the digital platforms debate.

Got a couple of duplicates in the Deck Builder Bundle from Humble Bundle. Open to members of the forums who are not brand spanking new:

Anyone want a Steam key for Everspace? PM!

edit: No-one wanted it, so here’s the Steam key:

Got some keys for some games!

PM me if you want one.

Edit: Gone but no forgotten

Key for Contractors on Steam .

It’s a VR game. PM me if you’re interested and have been a member of the forum for at least a little while.

Twitch Prime is giving away free copies of Shadow of Morder GOTY & AssCreed:Origins this month. I imagine most of us have them, but just in case.

Hundred Days : The Wine Making Simulator is free on Epic Games Store through next Wednesday. I looked at it and was like “this is pretty cool looking, but when am I really ever going to get around to playing it”…then I remembered “it’s FREE you idiot”. Backlog +1. 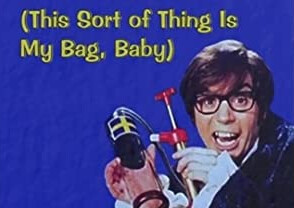 Everyone here probably already owns it but I have an extra key to STAR WARS - Knights of the Old Republic. Send PMs if interested :-)

Huh, I always thought that game’s title was Shadow of Murder.

Just bought the Humble Total War bundle, so I can have all the Total War games in my backlog, and I already had Shogun 2 and the Rise of the Samurai expansion.

Anyone need Shogun 2 and Shogun 2: Rise of the Samurai? If so, PM me!

Epic Game Store has Gloomhaven for free, in case anyone else, like me, added it to their wishlist many moons ago and forgot about it until now!

Oh thanks, dying to check it out and see what the fuss is about.

I’m also very curious because I kind of soured on the whole idea of digital board games after not liking Carcasson and Ticket to Ride on Xbox Live Arcade and haven’t tried any since then.