Digital keeps most of the table rules. I found that oozes have a 10 figure limit, which is a small blessing. But it doesn’t seem to preserve the notion of characters holding onto a personal goal card. I started playing a party of three, using four different characters rotating around, depending what it felt like the scenario would have or offer towards retirement. One retired, opened up Circles. Made a new Circles, and they were offered the same personal goal as another character.

I nabbed it. It’s the soccer mom one? So, the next scenario out, Cragheart retires, triggering Scoundrel’s soccer mom dreams to be fulfilled by having witnessed two other characters retire, and Circles then also retires for the same reason. One and done,100% win rate, baby.

The classes usually feel strong in different scenarios. Angry Face, though, is strong everywhere. They make things possible or even easy (though I acknowledge it’s hard for me to imagine how well another class would be doing in the same situation). I’m going to miss that class.

There are some personal goals that are the same objective but different RP/unlocks. I think.

Can someone tell me (spoiler if you feel the need) when Enhancements become unlocked? I’ve completed the last of the City Quests I had available, although it did unlock another Core quest. Temple of Elements, maybe? Anyway, I’m about ~16 scenarios in now, although I’ve done several side quests.

I’m playing the digital version, if that makes a difference. Thanks!

Enhancements require the achievement “The Power of Enhancement”. It should be close to available to you. It’s given by completing Frozen Hollow, which is unlocked by any of Ruinous Crypt, Gloomhaven Warehouse, or Abandoned Sewers. Let me know if you need any further pointers to it!

I think that should sort me out, thanks! I think the scenario you mentioned is unlocked for me. The name certainly rings a bell.

I believe it’s scenario #14. Just did it the other day!

Jaws of the Lion coming to Gloomhaven digital:

I never played Jaws of the Lion TT. How does it compare?

Oh, I have no idea, I’ve never played Gloomhaven TT at all. But it’s more Gloomhaven: more scenarios, monsters, mercenaries, items. Nice that they are continuing to support the digital version (although I will feel more or less charitable depending on what the price ends up being).

I think it’s just a more streamlined less town focused version. I think you just have the 4 characters with no retiring but it is a nicely focused 20 something mission campaign. It’s known for a more streamlined tutorial for the first few missions too. I’ve not played it but I’ve got it sitting here with the rest of the games I seem to never play…

This concerns the board game, not the digital version. The helper app, creatively titled Gloomhaven Helper, is being yanked from all platforms in about a month by the developer, who is not affiliated with GH’s creator.

Gloomhaven Helper is a companion application for playing the Gloomhaven board game.

Gloomhaven Helper will no longer be available starting May 12, 2022. All distribution of the app will be prohibited, including any modified versions of the app, and the app will be removed from the Apple and Google app stores. Users who previously purchased the app may continue to use it.

His message below that goes on to imply that Isaac Childress (GH dev) is forcing this, but of course that’s just his side of the story. I don’t see anywhere that Isaac has commented.

I own the app, I think it was $5, and I have since traded away Gloomhaven, though I still own Jaws of the Lion. I think the app is great and makes playing much more streamlined.

Ah well. I’ll just make sure I have it downloaded somewhere.

I’d also like to spend a little time addressing Esoteric Software’s announcement that they won’t be developing a Frosthaven Helper app. While we are saddened by this news, we fully understand and wish them the best.

We recognize that we assured backers during the Kickstarter campaign that there would be a helper app for Frosthaven, and so we have every intention of doing what we can to make that happen. We are starting to talk to other software development companies to see what we can do to help get something similar to the helper app developed. These things take time, though. I can’t guarantee anything will be available by the time you get your copy of the game, but I am confident that a solution will be developed to fill the void.

If not having a helper app is a deal-breaker for you, we understand. As always, you can email [email protected] to request a refund.

They announced the Jaws of the Lion DLC release date as May 17th - so in a month - I should probably start playing the full game!

Edit: Interesting - it’s being integrated into the main campaign, so not sure if you can play it separately like the physical release. Not sure how that bodes for those who recommend it as a streamlined subset… 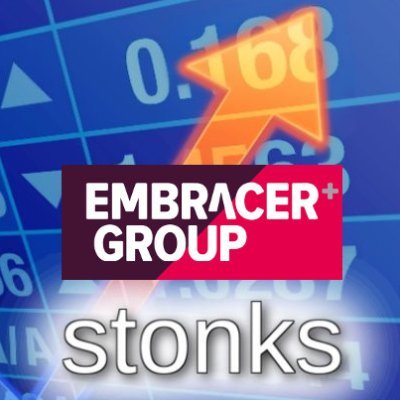 @EmbracerInvest
Asmodee Digital $EMBRAC has revealed that the video game adaptation of Gloomhaven is coming to console in 2023! Gloomhaven launched for PC in July 2019, a platform on which the game has sold 500.000 units (a stat that was announced earlier today). twitter.com/Gloomhaven_Dig…

Damn, I wish it was sooner.

I’ve started playing the digital campaign. After playing the opening mission on easy, I’ve bumped the difficulty down to Friendly for the time being, at least until I get more comfortable with all of it.

The restart round feature folks were talking about before is a godsend, for those times I don’t realize (or just forget) a character is immobilized or realize I couldn’t do what I wanted (most often because I had to move to do the thing I wanted, but forgot that action was on the bottom half of a card).

This second mission felt better. Partly because I had more health to burn, but I think utilizing the Tinkerer more effectively was the bigger part, especially after having to discard 2 at the start because of a road event. I like the Tink, but I never seem to have him in position to do what I want and his movement is lacking. I just bought boots of striding, which should help a bit.

I’ve played 9 or 10 missions, maybe. Closing in on retiring a couple of characters, which would push town Wealth to three. I’m enjoying it, I suppose, but I wouldn’t say this is a world I’ve been drawn into, as yet.

That’s understandable, I guess, since the characters aren’t going to stay with you ask the way through. I know there are lots of secrets and stuff. Is there going to be a point where I can’t wait to see what happens next with the story?

Nope. The writing is fine but in our experience nothing particularly memorable or compelling and because it for long stretches of the campaign lets you tackle any of like 10 different missions we were pretty much unable to keep track of what was even going on or which missions related to which storylines.

Ok, thanks. Good to know I shouldn’t be expecting that.

The Gloomhaven storyline tracker may be of help. It tracks which scenarios are open and which bits of story lead to which scenario.

This Gloomhaven Storyline Tracker enables you to register what scenarios are finished and read the story for each new unlocked scenario!