As I recall, there were two versions of HR: the patched version, and the Director’s Cut which had the modified boss fights but almost none of the patches.

Unless they got around to merging the patched and DC versions, I can’t say I am very enthusiastic about this option.

Still no Dungeon Siege 2 expansion. That game was so much better with Broken World installed, I don’t understand why I can’t get hold of a functional copy of it now.

Interesting. Me and my friends played the first Dungeon Siege to death. Eventually we quit after we got to the robots, because my friends are weirdos who can’t stand robots in their fantasy genre, but still, by that point in the game we really were sick of it. I think it took two weeks of constant play to get to that point, which is the equivalent, (for us, at the time) of finishing the Diablo 2 campaign on Normal with 6 different characters. It was just a huge world that kept going forever.

So yeah, when Dungeon Siege 2 came out, we never even looked at it, because it was too soon after that infinitely long Dungeon Siege campaign.

Btw, years later, I started Dungeon Siege in single player once, and found out that the game also had a completely different world for a single player campaign than the one we all played together in multiplayer.

Welp. The blue dots and “updated” games list are back now… But the update list doesn’t seem to accurately track actual, you know, UPDATES. Just seems to show random collections of things that may or may not have changed for me.

Not one, not two, nor three but seven new classic additions to the GOG catalogue today. Primarily bringing Retroism titles, like Fleet Defender: The F-14 Tomcat Simulation, that were on Steam to GOG finally.

Prey (the recent one) is now on GOG, and the GOG Summer Sale is on!

You missed Metro Exodus in all that too. So two good newer releases joining GOG today.

If you guys are on GOG’s mailing list, look for one that has a “spot the difference” set of two images, one of the differences linked to a coupon to get Homeworld: Deserts of Kharak for $5, which I’m pretty sure is as cheap as I’ve ever seen it.

Not one, not two, nor three but seven new classic additions to the GOG catalogue today.

I gave Nightdive/Retroism so much shit back in the day when they basically dumped the DOS warez distros on Steam with DOSBox, and called it good. Some real “porting job”. If you have them on Steam already, don’t pick them up on GOG for “DRM free”. Just like any other DOS+Steam game, it’s easy to get the original files.

and the GOG Summer Sale is on!

That should do for now.

I got Prey with Mooncrash (I remember @tomchick loved the latter), The King of Fighters XIV Galaxy Edition, and Warhammer 40k: Gladius - Relics of War.

I’ve been trying to keep myself from buying WH40k Gladius… The game keeps staring back at me from my wishlist, and it’s only $16, but playing it sounds like such a huge undertaking I know that if I get it I’ll probably keep pushing it off. But I’ve heard such good things about it (at least, I THINK I’ve heard good things about it. I can’t keep Warhammer games straight. There’s a trillion of them).

I’d remove it from my wishlist, but that’s not how my brain works.

That was very tempting, but the GOG version is not crossplay with Steam versions so I passed.

I’ve been trying to keep myself from buying WH40k Gladius… The game keeps staring back at me from my wishlist, and it’s only $16, but playing it sounds like such a huge undertaking I know that if I get it I’ll probably keep pushing it off.

Gladius is actually one of the most accessible 4X games I’ve ever played - it’s so combat focused that it verges on being a “turn based RTS” in terms of how it feels. I found it very easy to pick up and get rolling with, for whatever that’s worth.

WELL THANKS A LOT, VINRAITH. 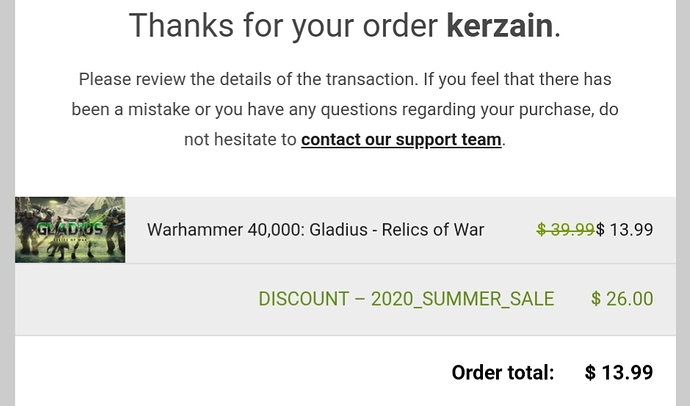 I’m not interested in multiplayer, and recent DRM-free fighting games are few and far between, so I had to buy it. 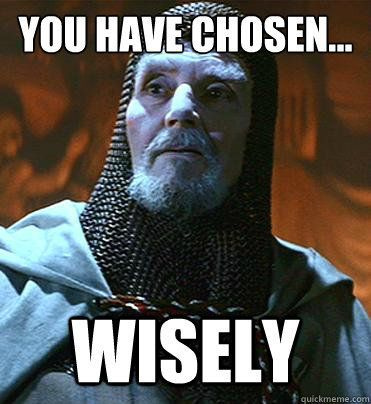 I’ve been busy spending hundreds of hours in Age of Wonders 3 & Planetfall!