GOG Galaxy 2.0 - All your games and friends in one place - and they do mean ALL

Incidentally, I need Galaxy friends! Add me, or give me your handle. I’m obviously “krayzkrok”. 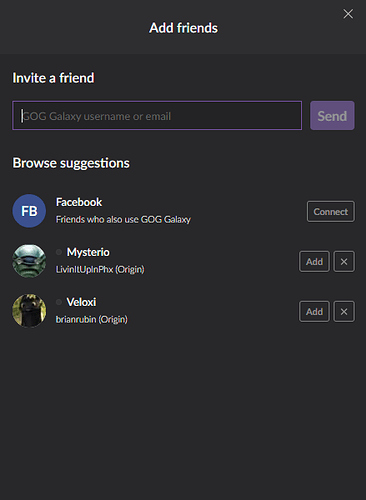 That’s exactly the friends I got suggested, but with Chappers too. (I have another friend called Chappers with a million junk account names so that’s why I didn’t automatically add you @Chappers!)

Hmmm, what if you try and add me through the gog.com site, instead of the client? Not sure if it’s a client issue or something else.

Oh hell. I can’t read/spell. I transposed the y and the z, of course. I accepted your invite.

Not sure if GOG team has to specifically add support for another platform’s game but after syncing off Epic today, RGO doesn’t appear as a game in Galaxy.

after syncing off Epic today, RGO doesn’t appear as a game in Galaxy.

I thought so at first as well, but it’s there in the games list. For some reason it didn’t add it under “Recent” although it did add GNOG (which was also EGS) the day before. Now that I’ve launched it it’s also up there in the recently played list.

Feel free to add me “ChappersCA” then you can all see how many more achievements you have than me.

I also searched for krayzkrok on GoG Galaxy 1.0 last night, and didn’t find it. I have zero GoG friends.

Galaxy 1.0 already had achievements for some games that supported it and I think 2.0 might be able to import/show achievements from other platforms as well [citation needed].

In case anyone wants to add me as a friend on GOG, it’s pretty much the only place where my nickname isn’t “rhamorim”. Just add “Wolfox”. ;)

Are invites still trickling out? Still don’t have mine yet.

Invited you 8 hours ago.

Invited you 19 hours ago.

Feel free to add me “ChappersCA”

Invited you a day ago.

Did I not shower or something!?

I can’t see an invite from you, I just sent you one as well. I think it is broken.

Oops. I was mistaken. Those are friend requests of me, not by me. All is right, now.

Still nothing for RGO as an Epic game for me in GOG Galaxy 2.0:

Ha ha! You own Fortnite.

Only the abandoned Save The World mode.

Still nothing for RGO as an Epic game for me in GOG Galaxy 2.0:

Have any other EGS games been added automatically since the initial import? Perhaps try triggering it manually. I mean it worked in my case, the only oddness being that it doesn’t appear in the “recently added” list, only “recently played” and in the actual library (including installed). Other than this it’s been fairly solid so far. I had an issue when launching RGO and there was an update on the Epic Store, EGS came back with an error about an update being unavailable and that stopped everything in its tracks. I closed the error, found the updating was downloading, and once complete I relaunched and it was fine.

The only other thing that bugs me is when it says “We are launching a Epic game”.

And now this morning Epic is asking for my password again, despite the “Remember me?” boxed being ticked. This is definitely an EGS issue though not Galaxy, as it has happened multiple times before. It made me wonder if this is why Playnite was causing dramas, but in that case it was happening with every other store too nearly every launch.

I could fix this once they add the ability to manually add games, because then I’ll just link to the shortcut I’ve set up to bypass EGS altogether. It’s funny (not really) that it’s nearly always the EGS that has been giving me dramas.

I also searched for krayzkrok on GoG Galaxy 1.0 last night, and didn’t find it. I have zero GoG friends.

There’s definitely some flakiness with all that. I’m assuming you’re Rock8man there, can’t find you either. Also, when I check a message that’s been sent, the message notification remains for quite some time afterwards. Eventually disappears, along with accepted friend requests which also hang around for several minutes.

So I learned today that you can pretty much add any game by searching for it than adding it executionable. Here are some examples: 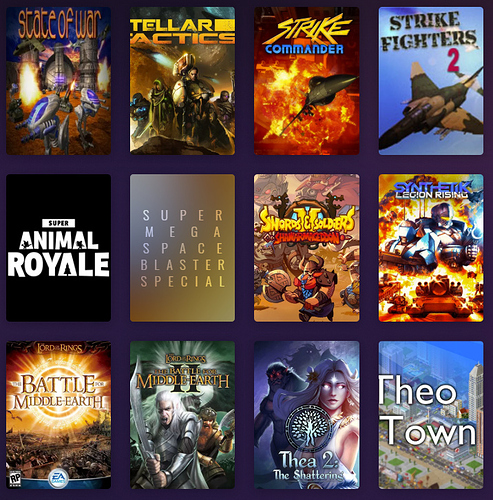