Hong Kong might be a slight step down compared to Dragonfall in terms of the total package, but it’s absolutely worth your time and attention. And depending on your druthers, some things in it are arguably better.

They should really have just copied the matrix portion from the Genesis game.

The next project from @Spidersgames will be revealed at #NaconConnect on July 7th at 7:00 pm CEST! https://t.co/MuaM7IqDyQ 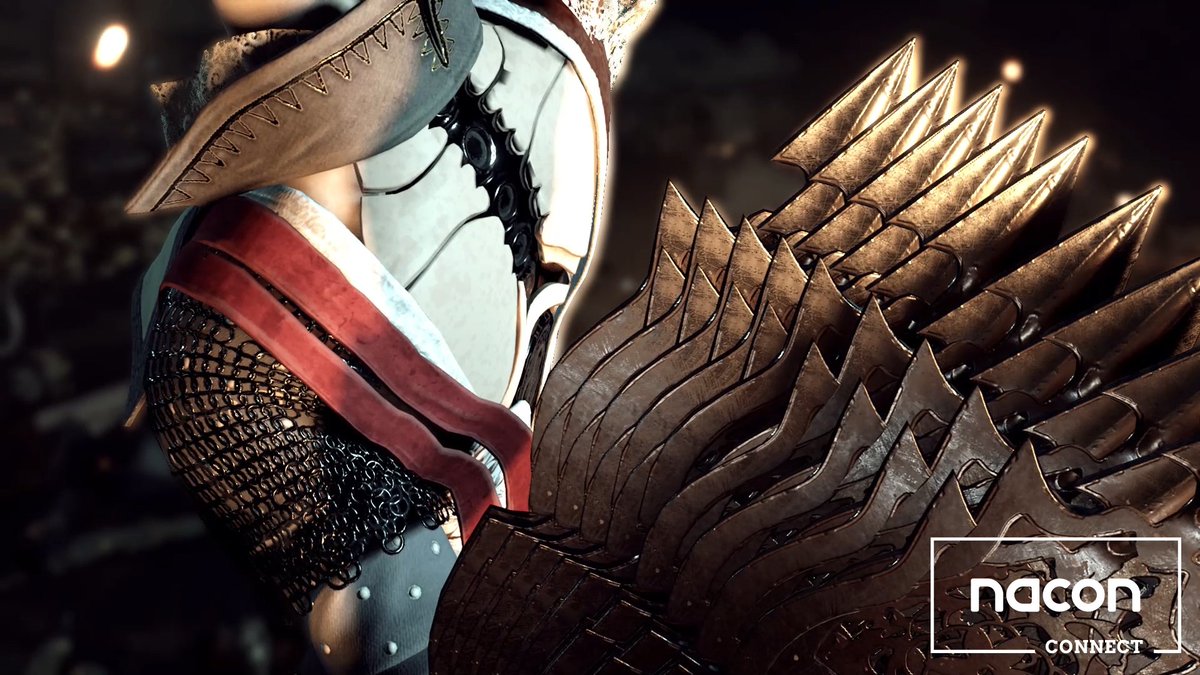 I can’t even tell what I’m looking at. Is that a chain-mailed knee wearing a pirate’s hat?

Looks a bit like that white armour the Mass Effect woman wore.

Maybe! We’ll find out on Tuesday.

Does look a bit like a Technomancer the Greedfallening mash-up funnily enough. Will be interesting to see what Spiders have to reveal.

So what’s the consensus on this game, especially for someone who actually likes Spiders games? I had a quick look at the Steam forums and a non-trivial amount of posters said they vastly prefer Mars: War Logs and Technomancer (both of which I really enjoyed) to Greedfall. Apparently their sci-fi setting is better than Greedfall’s.

I liked Greedfall. Everything was mostly competent to good. The one thing that stood out was the setting. The Renaissance age influences were such a novelty in an RPG setting. I enjoyed the world quite a bit.

The worst thing for me was the itemization. Not enough variety or interesting decisions.

I liked Mars War Logs, can’t get into Technomancer (still stuck in the first city) and like Greedfall very much. Female Protagonist is aces, great voice acting there. Loads of fun. I enjoyed the ability of ranged combat immensely.

Greedfall was enjoyable. It was not memorable though. I also found the itemization lacking, there was not any interesting loot or even powerful loot. For example, magic rings. IIRC I could equip like level 7 rings but never found anything beyond level 3 on a merchant and I think there was one quest that gave you a level 4 one which was underwhelming.

The world and the story was nice, but that is about it.

I tried technomancer and could not get into it at all. Never tried mars war logs.

Was it just my connection or was this trailer in like 22fps? It was really… jittery, I think is the word?

Turns out Greedfall sold a million. Not sure if that’s a lot these days… sounds like a lot :)

GreedFall has sold over one million copies worldwide

GreedFall has sold over one million copies worldwide. Teer Fradee has been welcoming a lot of new Renaigse!