That’s from an old version, you can tell that the skill tree is messed up.

You mean an old version of the game and the skill tree has changed enough to mess up an old grimtools build?

Yeah. You can’t take later skills without points in the earlier ones.

Grimtools encodes the build info using ids assigned to each skill, and those ids can and do shuffle with patches and changes to the trees.

I’m sure a few people like myself in this thread would be happy to critique any build you were to put together, though! Playing with builds in grimtools is half the fun :)

I usually start with a skill or two I want to build around, then search the devotion tree for that kind of damage and go from there.

Playing with builds in grimtools is half the fun :)

That’s one of the main reasons I never could get into Path of Exile as much. No website where you can plan out your build. They had a website where you could plan half your build, by planning just the massive tree, but that tree didn’t have any of your skills. I know there’s some kind of tool out there, but you have to install it on your machine. So you can’t just go to a webpage at work and plan out another character, for instance, like you can with Grim Dawn.

Similarly I couldn’t really grasp how to plan out builds in Diablo 3, whereas with Diablo 2 I think I spent as many thousands of hours on the website Arreat Summit as I did within Diablo 2 itself.

PoE planner is an online tool to plan your passive skill tree, equipment and skills for Path of Exile.

Does that not offer what you’re looking for? Has a “Skills” tab with all the skill gems in the game.

Interesting. How does it work?

I can’t figure out how to view skills on it.

Click + ADD GROUP then + Add Gem… at the bottom. 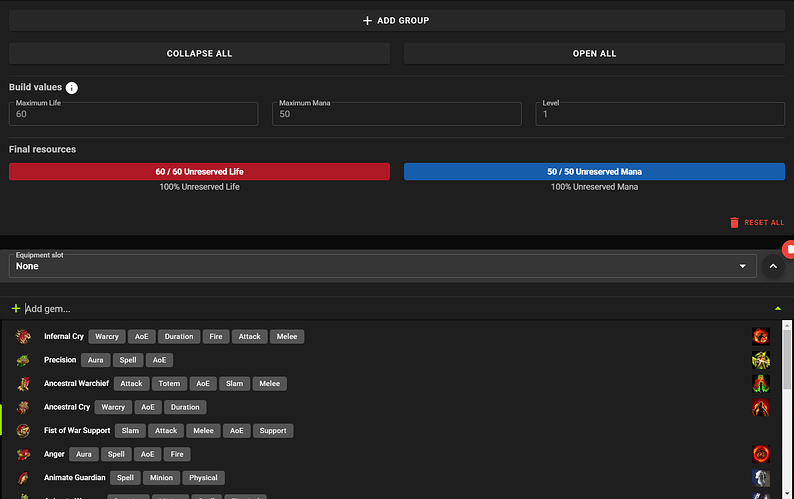 Hover over skill for tooltip. 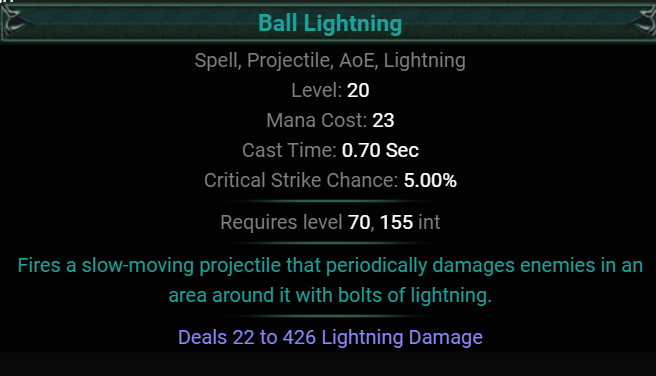 Ok, wow, I’m impressed someone actually created such a website. It’s complicated, but to be fair, so is the game itself.

Path of Building is the thing you install. It’s pretty dead simple though, tbh. Highly recommend.

Looks like some folks have started hosting forks. No idea if these are any good/out-of-date/full-of-spiders.

I’ll try to resist reinstalling but this is as good a time as any to ask my question.

I have a level 100 character with cloud saves (I think - its been a while) and no mods. Can I try mods and switch back and forth between playing the current character and characters in total overhaul mods?

I only have experience with Reign of Terror, but that works as a thing you choose on loading a character up from the main menu and thus doesn’t have any impact on non-modded gameplay.

I have not tried switching the same toon back and forth between modded and non-modded.

Thanks. I don’t want to switch the main character back and forth. I want to have two characters in different mods (well; base game and mod) that I can alternate.

My fear comes from older TES modding where the mods overwrote data. I’m glad to hear it is unfounded with a more modern game.

I want to have two characters in different mods (well; base game and mod) that I can alternate.

Yep, at least with Reign of Terror that’s no problem.

My fear comes from older TES modding where the mods overwrote data. I’m glad to hear it is unfounded with a more modern game.

Mods are done in GD by making custom “maps”, they are in essence separate from the main game. You can have fully independent characters in a reign of terror game, in fact, I think you have to. When you load up a custom game, you are loading a world file really.

There are so many insane and fun class combos in ROT…it’s just silly. GD shaman and D2 Sorc, barb, palie?..oh man…so much fun. Necro from GD + Necro from D2?..c’mon. I’m not sure I’ll ever un-install this, the combos are almost endless.

You don’t want to play this? 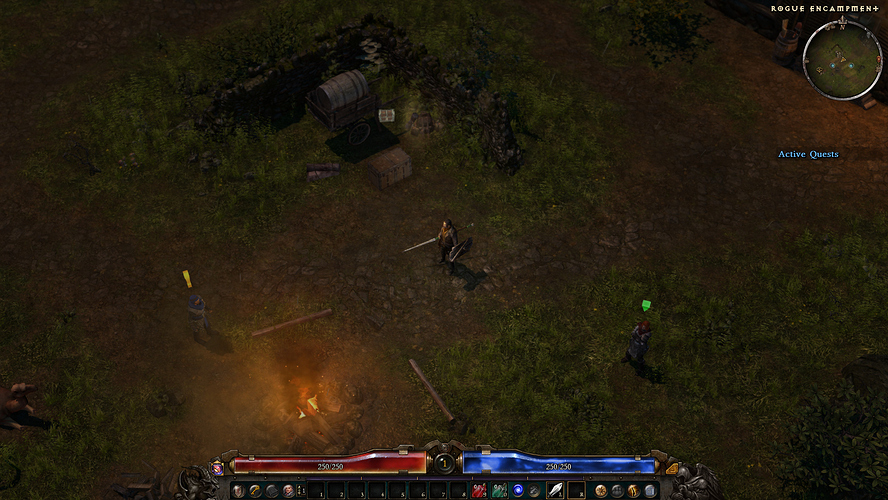 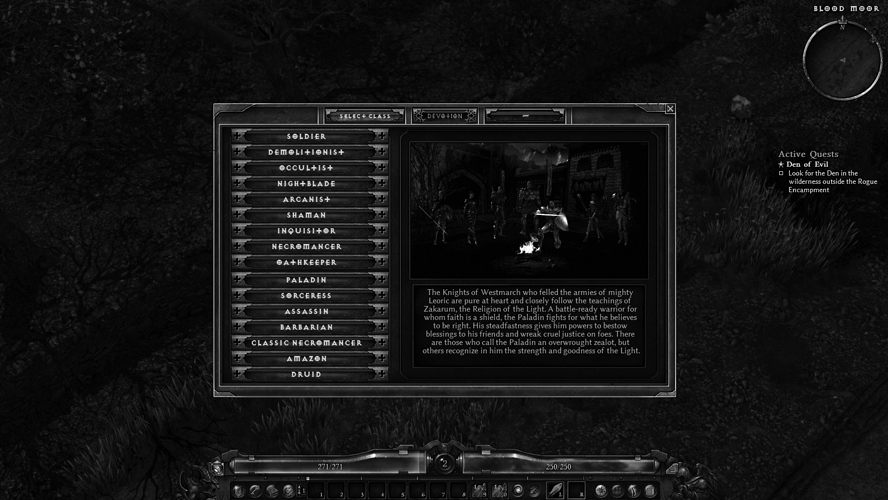 There is a ton of loot that boost class skills. how does that work in these mods? Have they modded in a bunch of custom loot or added these new skills to the loot generator?

There is a ton of loot that boost class skills. how does that work in these mods? Have they modded in a bunch of custom loot or added these new skills to the loot generator?

In ROT, they’ve modded in an absolute ton of gear and skills. They’ve done a really job of transferring the D2 skill trees to the GD system, as well as itemize the game for those specs. It is quite literally the full D2, maps, bosses, npcs, music, you name it, with the GD interface, devotions etc. It’s both games, in full, together…it’s pretty amazing actually and it works really well. They even have all the sets, runes, runewords, cube recipes etc.