OK, thanks. So even something like Bitter Woods or Enemy Action Ardennes are suspect?

IDK, but with those specific titles, I’d search around BGG first and see what the vox populi are saying regarding a title. Their track record is so bad, that with them that would be my first step if I was getting a Compass title.

Bitter Woods I don’t know about the Compass Edition (I only have the AH version). Enemy Action Ardennes is fine.

Thanks Brooski. I mean, you can never have too many Bulge games right? :) 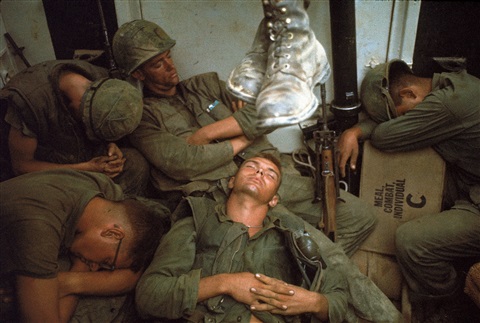 I wrote this up. 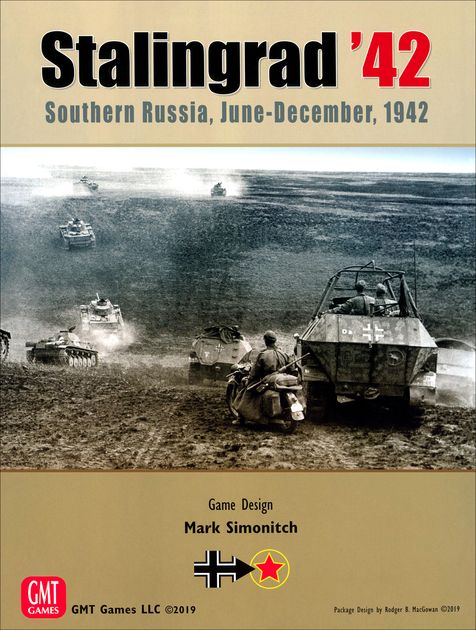 I had a very enjoyable time today playing [b]Stalingrad '42[/b] with a friend on a free Veteran's Day. We chose the Fall Blau scenario as we thought it would be better to see how the opening developed before jumping into either the Caucasus Campaign...

Nice writeup @Brooski. Don’t feel bad, I’m sure even some of the greatest generals in history couldn’t do first grade math either. :P

Is there anywhere this can be hosted that doesn’t seem designed to put viruses on a computer?

Sorry, been busy with guests for a few days. How about this: https://drive.google.com/open?id=1pWseUUiRjuLsI8BPtVmt_PeY_fo6ZPs0

Is there anywhere this can be hosted that doesn’t seem designed to put viruses on a computer?

Sorry, been busy with guests for a few days. How about this: https://drive.google.com/open?id=1pWseUUiRjuLsI8BPtVmt_PeY_fo6ZPs0

is it me or this looks very similar to ASL but with a good interface? 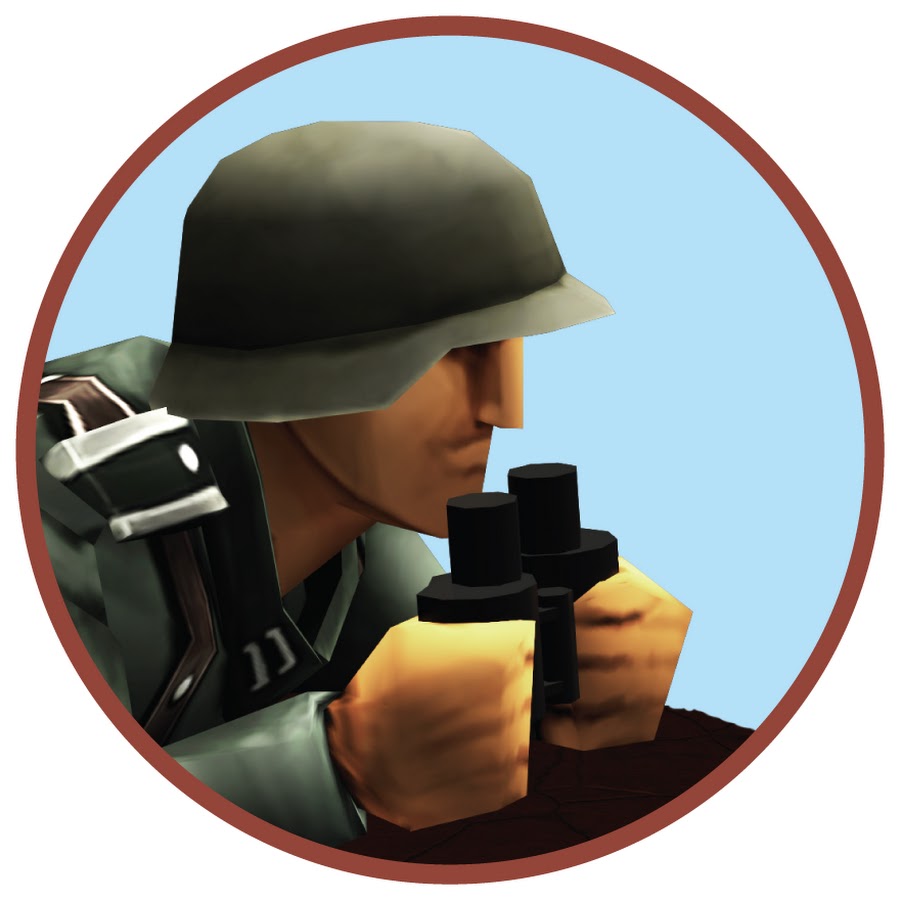 Enjoy our videos about the developing of our turn-based game 'Second Front'. It is showing tactical WW2 actions of single leader, troops, weapons like MGs or...

I’ve been playing Flashpoint Campaigns nonstop for a few days now, and it’s really got me jonesing for more NATO vs Warsaw Pact action.

And then I thought of John Tiller’s Modern Campaigns games for the first time in over a decade. I’ve got a copy of Fulda Gap 85 somewhere on disc in storage, though it’s a almost a 20-year-old game, and while 2D, it was made when 1024x768 was considered high resolution. 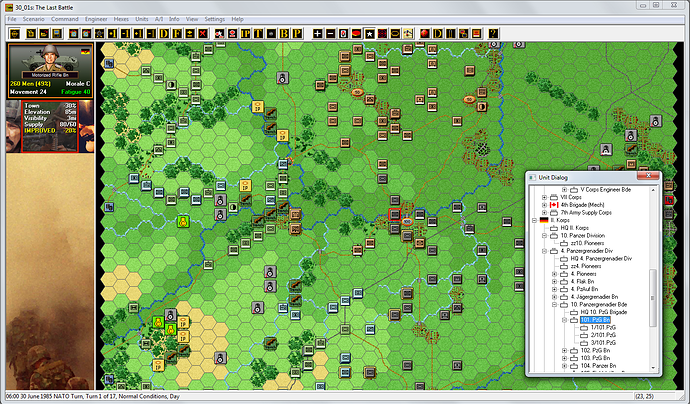 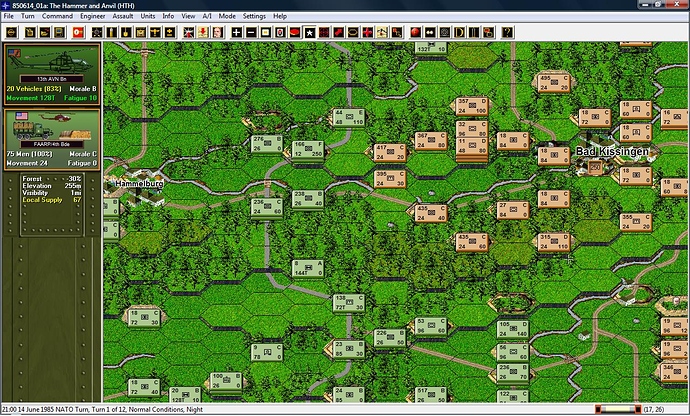 Hi All, Looking over the past year, we have been a little ‘irregular’ in keeping you up to date with what we’ve been working on. To remedy that we’re going to give a year-end update spread over the next couple of blog posts. Today’s post will cover...

They’ve spent the past couple of years updating Tiller’s other games, including his Civil War and World War II games. These updates include improved art, improvements to code, and occasionally new content. 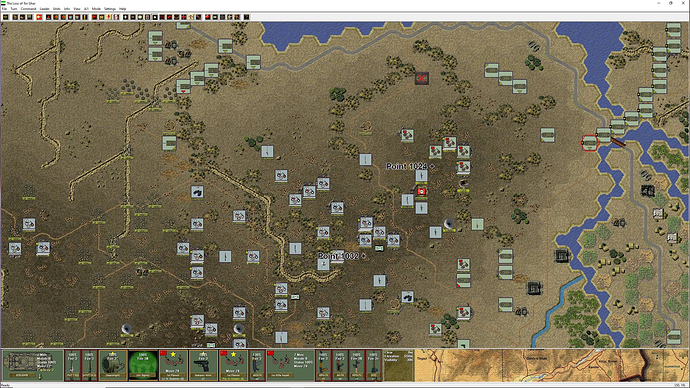 And the good news is that they’ve spent the year working on the Modern Campaign series, and they plan to have updated versions of all of them by the end of the year!

Looking forward, there will hopefully be one more series updated before the end of the year. The WDS team have been hard at work bringing the five games in the Modern Campaign series up to the same standard as the Panzer Campaigns Gold releases. Like the Gold releases it’s intended to include all Volcano man scenario packages, rules changes from Panzer Campaigns as well as updated map and unit graphics.

The graphics update has been another big job, as none of the various images had been created before due to our prior ‘narrow’ focus on World War 2. Though only five titles, we have three different theaters to cover; Europe, the Middle East and Korea with different protagonists. This has expanded the required artwork and has been one of the biggest time sinks.

Currently two games, Korea ’85 & North German Plain ‘85 are completed, and this is what will be included in each update;

Korea ’85 has all new 2D and 3D graphics, unit cards and updated game interface. The scenarios included are the original base game as well as the Chinese intervention expansion pack bringing the scenario count to 155. We’re very happy with how this update has come together and here are some sample screenshots of the map and various units; 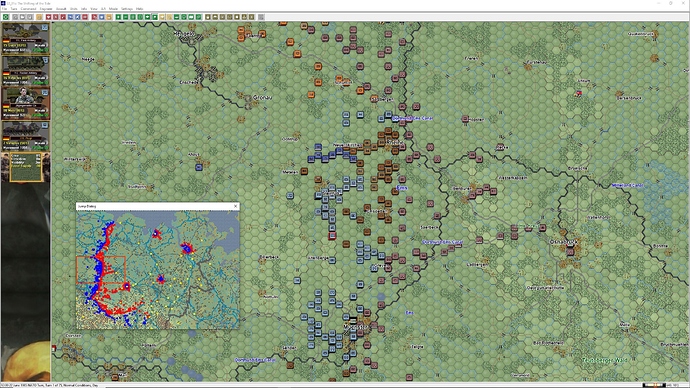 Flashpoint Campaigns is such a good wargame, and pretty accessible.

This is up for teh buyings…

How to plan and execute the largest military campaign in history? Find it out in 1-3.5 player, 90 minutes logistic take on Barbarossa.

I kinda liked Race to the Rhine. I guess my friend who owned it sold his copy though. Oh well.

Ultimate Admiral:Dreadnought https://www.dreadnoughts.ultimateadmiral.com/ in early access beta - looks like Rule the Waves with decent graphics (or any graphics at all).

I bought into the alpha for this and it’s pretty good.

Right now none of the campaign modes are available, so it’s a set of “Naval Academy” scenarios where you’re told what the situation is, then left to build ships to deal with it.

Admittedly the situation is almost always “sink these ships” but it’s a Dreadnought game, that’s to be expected.

The range of those scenarios right now goes from trying to swarm an enemy Battlecruiser with a collection of Destroyers or Torpedo Boats, to trying to sink a large undefended convoy under a short time limit with Light Cruisers, to taking on an advanced WWII Battleship with less advanced ships of your own.

Design is done in a drydock view where you start with a set amount of cash, then pick hull type and add components to it to fit your task. If you spend less than half your money, you’ll get two of whatever ship you built and so on. 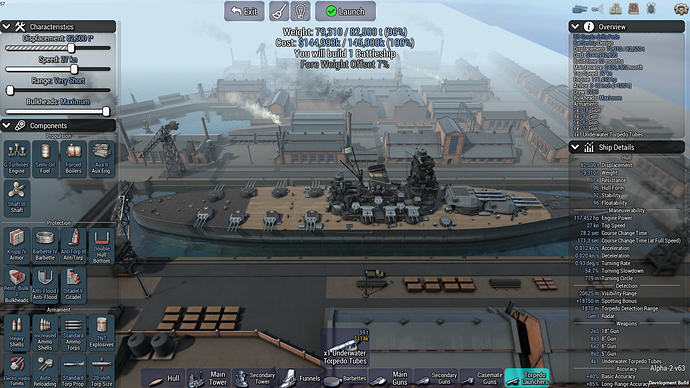 The other limiter is weight, which really piles on when you add inches of belt armour, advanced engines, multiple bulkheads, citadel and flooding protection and advanced loading mechanisms, but can be mitigated somewhat by changing fuel types and armour - Advanced versions of Krupp armour are much lighter than earlier tech options, but eye-wateringly expensive at the same time. This is where the compromise game comes in between weight and cost.

Once in game control is pretty low key. You pick speed and heading, formation and ammunition type and… that’s about it. There’s an art to using these options to get your fleet/ship into the best position to fire on the enemy fleet/ship while minimising damage, and this will become more important in the career game where the ship you’re in won’t be built exactly to meet the situation you’re in, but it’s not exactly an intensive clickfest in combat. 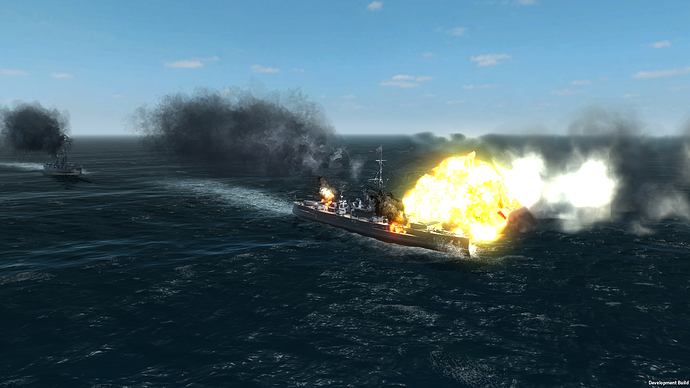 It is real purdy though and it’s always cool to see your ship’s terribly-placed secondary turrets unable to lay on a target because on interfering superstructure and go “that’s my fault!”

Or, you know, your design work perfectly or whatever.

Link for when the forum inexplicably breaks streamable again

There are plenty of videos on youtube right now showing the power of the ship designer for both realistic designs and those a bit more fantastic - 48 torpedo launchers on a Battleship… or fifty inches of armour… and I’m excited to see where this goes when the Ultimate General people stick a campaign mode on this.

Preview of 1941: Race to Moscow by The Players Aid: https://www.youtube.com/watch?v=AWv1gjhKo70

Strategic Command WW1 out on 5 December. Matrix are really stepping up frequency of releases.

Why the eff do I need “staff car miniatures?” Holy Jesus.

How to plan and execute the largest military campaign in history? Find it out in 1-3.5 player, 90 minutes logistic take on Barbarossa.