I still have some issues of S&T, Moves, and The General as I’m sure many forum dwellers here do. Sadly I lost S&T #1 along with a bunch more of the first year issues some time ago.

I think I read Fire & Movement more than any of the others, because it wasn’t focused on a particular company like the General. I used to love CGW back then as well.

The board wargame era though was special. So many games were played solo and so many reviews were done without people actually playing the game F2F, lulz.

OMG 1000x this. I’ve been doing some “research” (don’t laugh) for my upcoming videos by reading my old Moves and F&Ms, and man, so many old reviews are musings about the components, references to books that “refute” some design assumption the designer made, rules explanations, and everything else under the sun except and actual experience of playing the game, never mind all the way through against a live human. They’re really more like “unboxing” videos (which I hate) before there were videos. I hate the Internet and generally anything that isn’t coal-powered, but I appreciate how more players have been able to discuss some of these old games and find the flaws that were always there. The downside is that we no longer get magazine articles trying to “fix” games five years after release.

I confess that, for the limited number of boardgame reviews I wrote back in the day, I think I based my stuff on something like a 90/10 solo/F2F split, though really I can’t recall totally. I do recall playing some at the game club with people, but I am pretty sure that most of my judgment came from solitaire play. One reason for this, in addition to the usual reasons surrounding finding people to play very specific games in a very niche hobby, was that many gamers, probably most, played almost entirely solo, and really were mostly interested in that experience. Another was that for many gamers the simulation and history/data issues in the game were more important than how the game systems interacted in terms of player experience. They wanted to know that if you pitted a company of Tigers against a company of Shermans, you’d get X result or whatever, not how the player would decide when or where to commit that company during the game or whatever.

None of that excuses our crappy practices though, in retrospect. By the time I was writing computer game reviews, the expectation was clear about finishing the game and, if it was a multiplayer game, playing with/against others.

The funni thing is that, at the time, the reviews seemed perfectly reasonable to me. Which, I guess, they were.

None of that excuses our crappy practices though, in retrospect.

I agree with Bruce. They always seemed not just reasonable to me but quite suitable to two or more player experience. As well, you guys seemed (to me anyway) to try and present the review through a prism of multiplayer play, and made that the crux of what you were reviewing for.

My pet peeve though, is a game being reviewed subjectively via solo play, without any nod to the flaw in that method. Example - Calendale can do good work at times, and many things about what he does are valuable. But I can’t take his comments regarding balance/multiplayer suitability regarding a game seriously when he’s playing a game with Hidden Information solo or a game expressly designed for 4-7 players.

probably most, played almost entirely solo, and really were mostly interested in that experience.

Now, this is an excuse frequently trotted out by you “soloites” based off like one magazine mail-in poll or two in the early 80s, always extrapolated into “The lions’ share of the hobby solos”. Just reason 112 why “I wanna push cardboard around alone” by people who would never do it with someone else if every other factor in the world lined up for them. :)

Now, this is an excuse frequently trotted out by you “soloites” based off like one magazine mail-in poll or two in the early 80s, always extrapolated into “The lions’ share of the hobby solos”. Just reason 112 why “I wanna push cardboard around alone” by people who would never do it with someone else if every other factor in the world lined up for them. :)

Eh, not an excuse, more like anecdotal observation. I doubt anyone has any real data, though from secondary evidence I would suspect it is closer to accurate than not.

When so many games were coming out, back in the late seventies and early eighties, for instance, and many gamers bought lots of games (I had over 400 when I sold my collection, and lots of folks had more), I doubt there was time to play most of them in actual face to face matches. Hell, set up and take down sometimes took up half your time in a gaming club meeting! I played a lot with people, but the majority of my collection I would say never got played with another player.

Games were also marketed more as interactive history books than as competitive challenges, in many cases. Yeah, there were some folks who actively resisted treating games as things to be played with others, no doubt. Most folks were probably happy to play with others but didn’t need to to enjoy the games. I think there were more folks who saw them as ways to investigate historical situations than there were those who saw them as fundamentally competitive one on one competitions.

But evidence is in short supply for anything in this realm.

I doubt anyone has any real data, though from secondary evidence I would suspect it is closer to accurate than not.

Seriously though, there’s a difference between soloing to gain an understanding and competence with a game (and maybe, based on that, not opting to play the game with another person for a myriad of reasons) and “playing solo, primarily”. I think they get conflated. Two different things, IMO.

who saw them as ways to investigate historical situations

And I’d add that this is something that is frequently lacking today in designs.

Well, the same for your assertions–neither of us has any evidence, because I’m guessing there is none!

I’m guessing there is none!

Right! I didn’t start it!

Off-topic, but this is really cool. The Royal Collection Trust has released the military maps of George III. 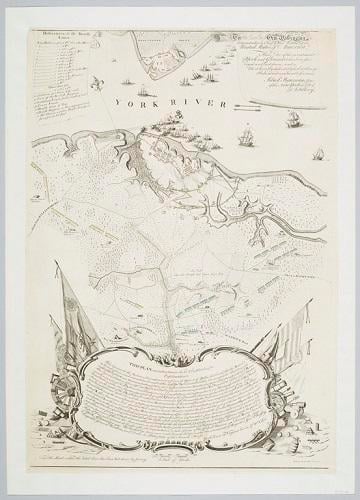 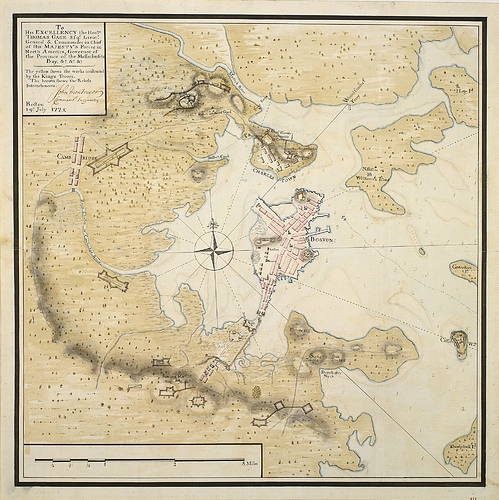 Back Bay really was bay, wasn’t it?

Off-topic, but this is really cool. The Royal Collection

I’ll just be here in the corner, stabbing at my phone until a “like” button appears.

The isthmus of land on the old map is much narrower than today. Was it just bad mapmaking, or has Boston really filled in that much water with landfill?

On 200th anniversary of his death, collection provides account of global conflicts

Love me a good map!

Grogheads website is down for me. Anyone else getting through?

The front page seems to be live, but I can’t get onto the forums.

It’s back up now.