Awesome! What do you think so far?

I like it, but it is so different than the other games I play.

Been getting into WitE2. It’s interesting to compare the difference between it and WitE. Here is a quick comparison on the UI presentation in the ‘Road to Minsk’ scenario.

Here is the map - the map orientation is very different. In WitE (left) Minsk is much further down than WitE2 (right) where Minsk and Konigsberg are on the same row.

Lets’s have a look at the unit information. Here is the side bar unit description of the 12th Panzer Division. Fairly similar, the iconography in WitE2 (right) is clearer. I’m not sure why the Division’s attack value has more than doubled since the first game from 20 to 45. Movement at 50 is still the same.

Right clicking on the icon sends you through to the detailed description. 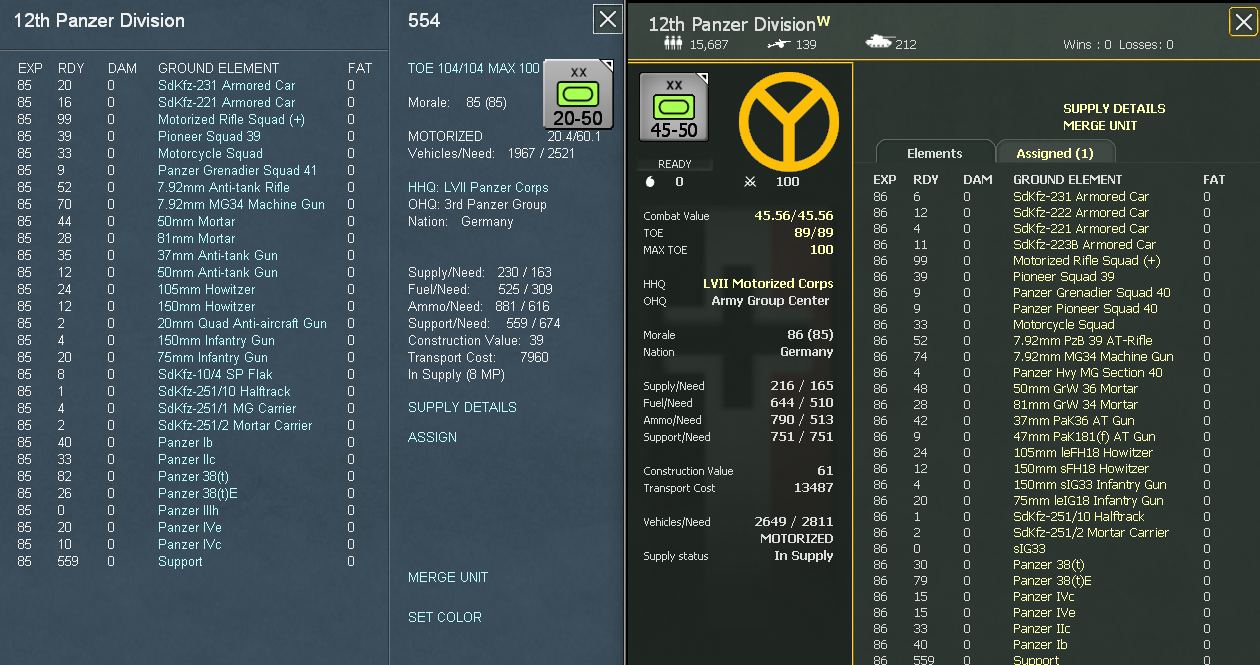 WitE2 also gives you a small wiki entry on the unit (the small ‘W’ up next to the unit name in the above screenshot). I really like this feature and reading about the history of the different units. 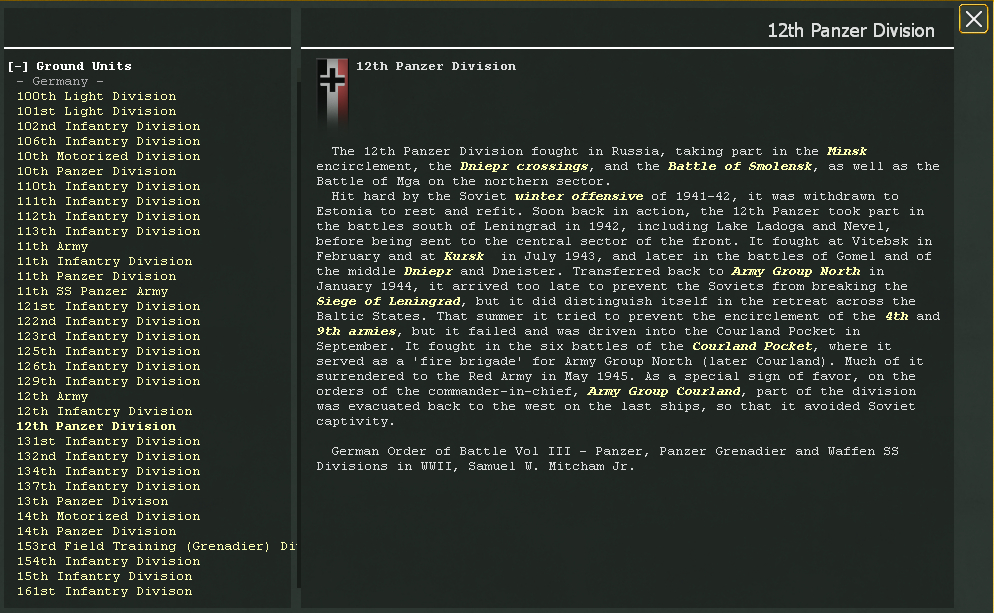 Going back to the battle screen, the 12th Panzer Division is preparing to make a quick attack on the Soviet unit next to it. WitE (left) just gave you very basic information in the pop up box. WitE2 (right) has one of my favourite features, the relative Attack and Defence factors of the upcoming battle. It makes it very easy to see at a glance what the result will be, and if you need to bring in other units to the fight.

The UI is overall much better in WitE2. That plus being able to automate the air campaign and supply makes it much easier to get into I have found that WitE.

Thanks for that detailed comparison of WITE and WITE2, @SamS. My wallet threat level is increasing! Any idea how long it would take to play the grand campaign against the AI?

There are 200+ turns in the grand campaign. The early turns take a while - like you could spend hours just on Turn 1. As you go, you streamline your turn times and what you need to do. But it’s a long time investment no question.

My Atlantic Chase showed up today. Looks fantastic. I’m watching some Lets Play instead of working through the tutorials.

@Mark_Crump Mark Herman gave it a big thumbs up on twitter this weekend. 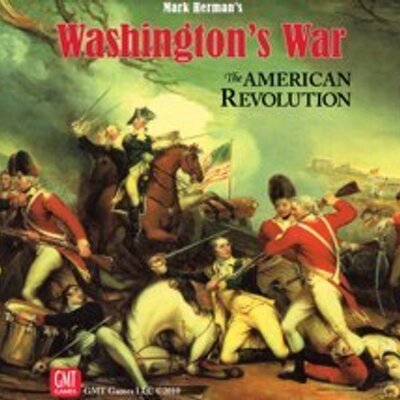 Pocket Battleship Deutschland shadows British convoy out of Africa. Atlantic Chase ⁦@gmtgames⁩ may be the most original design that I’ve seen in quite some time. This one makes the rotation. Congratulations Jerry, very impressive design. https://t.co/O8cDiQ76mV 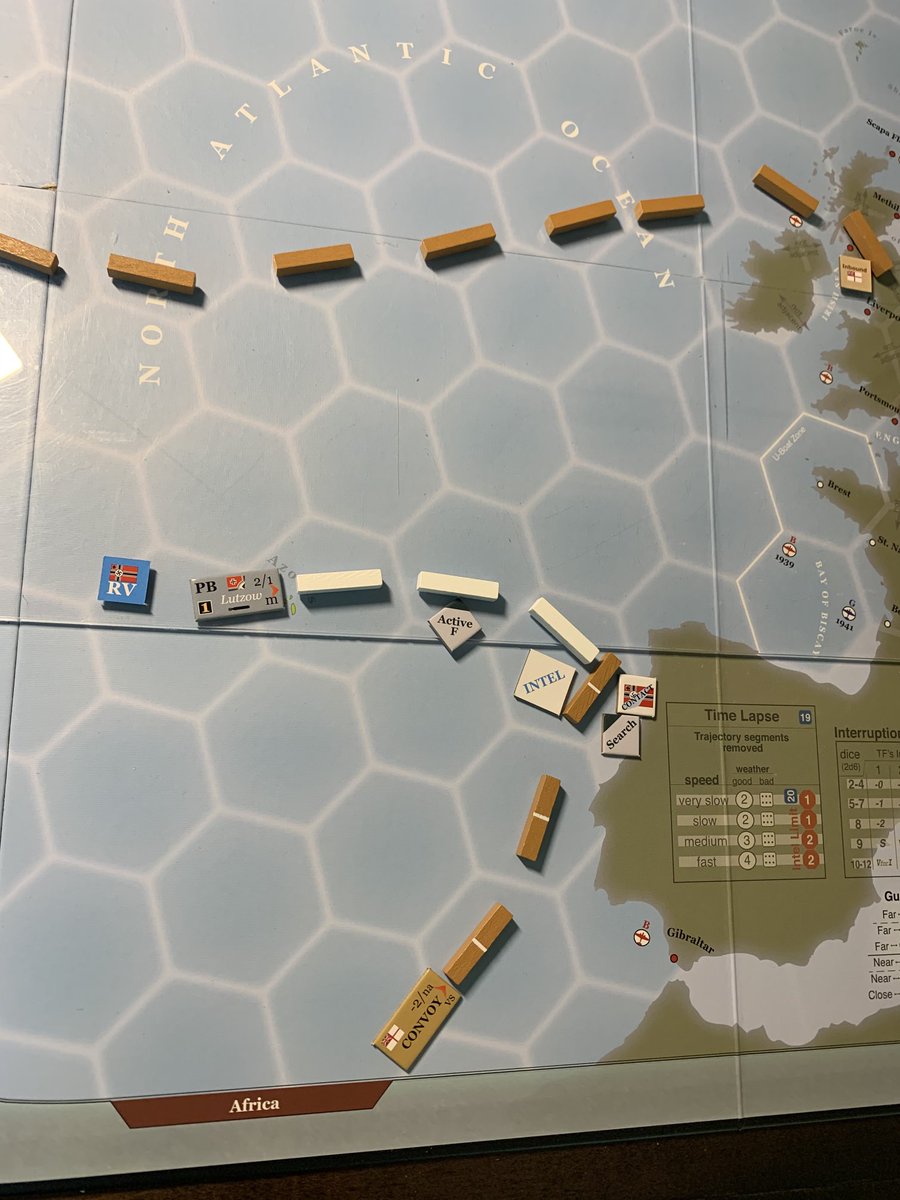 I was looking at some old boxes of SSI games that I recently gave to my son just because he wanted to have a shelf of “antique” games, these were for the Apple ][. There are two that I remember VERY fondly, two that made me sweat and kept me up playing far too late for many evenings.

I would love to have modern computer games that recreated those experiences. They were relatively simple but extremely effective at making your heart race.

Any thoughts on World in Flames vs. A World at War?

Holy hell those are both massive games.

Yeah, I’ve been looking into making a 4x8 steel tabletop to be able to play them.

And once the table’s ready, I’ll need a decisive victory against my wife in a game of Invade the Piano Room.

Are you going for a strategic or a tactical victory here?

Also, this is some of the best games writing I’ve read: BoardGameGeek

Are you going for a strategic or a tactical victory here?

It will be a Pyrrhic victory at best.

Strategic. I’m thinking we’ll need to occupy at least 50% of the functional space for a good long while.

If I could make the table top foldable, it’d look less permanent. If she thinks it’s short term, maybe she’s less likely to mobilize the sewing machine, and won’t start in with the “But it’s our guest room too!” Psy Ops.

Also, this is some of the best games writing I’ve read: BoardGameGeek

Have you looked at GMT’s Unconditional Surrender ? I missed out on the physical version but I have been playing it a lot on boardgamearena.com. I would happily set up a game with anyone interested here. It is not the huge monster that WiF or AWaW is. Think of something along the lines of Advanced Third Reich.

Boardgamearena.com looks interesting. How does that compare to something like VASSAL, for war games at least?

I don’t play browser-based digital implementations of boardgames. But when I do, I play them on boardgamearena.com.

That is indeed an amazing piece, partially because more than a little of it resonates pretty strongly.