One thing i’ll say is, if you can get your hands on one of the Great Campaigns of the American Civil War games, for a low price, i would go for it- it’s an incredible series of games taking an operational approach to parts of the war. It features almost all of the big battles as small scenarios but does a great job of providing a context to them and letting you refight, say, Lee’s invasion of Pennsylvania instead of just the battle of Gettysburg. It’s actually got quite a low quantity of moving parts as well, but uses them very well.

That being said, it’s rather expensive. Here’s a youtube channel heavily featuring GCACW: 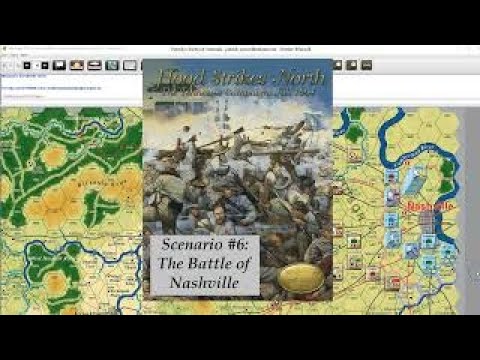 Oh, those do look quite good, yes. Thanks! I checked on Ebay and yes, those are also quite expensive at the moment. Added to my growing list.

I’ll keep an eye out for some of these on Ebay, but I’m thinking for starters I might go with The U.S. Civil War when the 2nd edition becomes available. It seems both good and affordable. It’s on p500 now with over 1k orders, so maybe within the next year it’ll become reality. I’ve got plenty to play in the meantime.

With the GMT announcement a little more came out about Downfall today.

I didn’t see any blocks listed on the parts manifest. The art looks like something is meant to be rotated there though. Anyway, this still looks promising to me. We’ll see.

The second game I’ll be very curious to see is a COIN pack. 4 COIN games shoved into one box. But these are supposed to be shorter two player variations of the system. And when I say short they are talking a ninety minute playtime. COIN fatigue is definitely a thing and I think the big COIN volumes have been largely hurt by adding overly complicated rules to what was a very elegant system that first appeared in Andean Abyss. My hope here is there was a lot of cutting out and getting back to basics. We’ll see, again, how this turns out

I have Pacific War and Empire of the Sun on P500. With shipping and production delays, I’m guessing I won’t see either of those until 2022. Still lots to play, so life is good.

28 posts were split to a new topic: AI in solitaire/co-op boardgames: How should it work?

I love GMT games. I wish they could get a reliable partner for their digital conversions. Playdek did a decent job on Twilight Struggle, but it is dismaying that almost a year and a half after its Early Access release Labyrinth still does not have an AI and Playdek has gone silent on it.

I’m not a board gamer, though I was as a kid with Avalon Hill stuff. But once computer wargames came out, as poor as the AI used to be, I jumped on them for a simple reason: fog of war. I play pretty exclusively single player.

For someone who doesn’t board wargame, how to you get around the lack of fog of war? I can only get ambushed by pretending I don’t those those units are hidden and waiting for me. In a naval game, where so much is the cat and mouse of the search, how do you pretend to not know the enemy CV is NW and I need to send my search planes there? And so on?

Operation No. 3: Hide and Seek – Information and ISR in A Hot Dry Season -...

But most games don’t deal with the issue.

I’m not a board gamer, though I was as a kid with Avalon Hill stuff. But once computer wargames came out, as poor as the AI used to be, I jumped on them for a simple reason: fog of war. I play pretty exclusively single player.

For someone who doesn’t board wargame, how to you get around the lack of fog of war? I can only get ambushed by pretending I don’t those those units are hidden and waiting for me. In a naval game, where so much is the cat and mouse of the search, how do you pretend to not know the enemy CV is NW and I need to send my search planes there? And so on?

A lot of games operate at a high enough level where abstraction does a decent enough job. All of the units in Empire of the Sun, a game about the war in the Pacific are face up and available at any time to see, but you don’t know if the opponent is holding a response card, or, will be able to respond to your operation. As a strategic game, whether the enemy understands your intentions is important, and it’s honestly one of the few that has some kind of intelligence factoring baked in.

At the levels I think you’d be more familiar with, though, it’s a real challenge to make intelligence work right because it adds an enormous amount of extra admin to hide units, especially when you play on cardboard and not VASSAL with a handy mask function. It may sometimes be worth it, but you never know.

ISR in general is one of the more technical aspects of war that, a lot like logistics, and in earlier eras, siegecraft is very hard to get in there without a lot of bandwidth being taken up. Games can feature siege, but we don’t have a lot of great mechanics for the technical aspects of rationing, mining, construction, etc that really determine the skill in siegecraft, so current siege games tend to be more ‘assault’ games.

But wargames live in a very different space than more mainstream games in terms of what they are trying to do.

Indeed. In games that are more abstract, the system is the key, and playing “the game” is primary. In those cases, it’s a very different dynamic I agree. 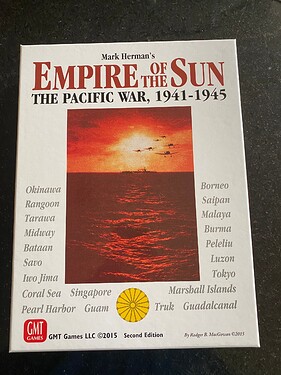 Question for the hive mind…

Over the past few months, I’ve been slowly building up a collection of wargames, and I’ve been learning how to play a good number of them.

My general approach has been to start at page 1 of the rulebook, and read and reread trying to understand the details and nuance of every rule. But I’m starting to think this is an inefficient way to learn how to play a wargame. Generally I’m finding that I finish the rules and I have no idea where to start, and despite my best intentions I’ve forgotten most of what I read.

So I’m curious, how do you go about learning how to play wargames? Dig right in and set up a battle and play? Watch YouTube videos? Read the rulebook? Anyone have tips or found a system they like?

I read the rulebook thoroughly twice and then set it up and have bash at it, fully expecting it to take a long time as I dig through the rules as they come up. I reserve video watching for when I feel I have a reasonable grasp of the rules myself…

Interesting. I’ve been thinking to switching to skimming the rules to look for key mechanics, then just setting up some sort of smaller scenario just to test things out. I’m thinking I might learn faster by playing and reading the rules at the same time.

Drawback to this idea is that table space is limited. I’ve been reading the rules for games I haven’t played while the table is occupied by a game I’m currently playing.

GMT is having their p500 customer summer sale this week. For everyone p500 game you ordered and received in 2020 and 2021 you get a game in their catalog at 50% off, and there’s a +1 if you used the system at all over the past year and a half. Anyone getting anything?

I couldn’t help myself, and ordered SPQR, Combat Commander: Pacific, and Gandhi.

Now I need to quit my job so I can play all this stuff.

Don’t y’all forget: GMT is having their 50%-off sale today thru Sunday. Anyone who used their P500 system and had a game delivered between January 2020 and July 2021 can get one in-stock game at 50% off. Then, you can buy one additional game at 50% for each P500 game you had delivered in the past 19 months. So if you had three games delivered by P500, you can buy four games at 50% off. 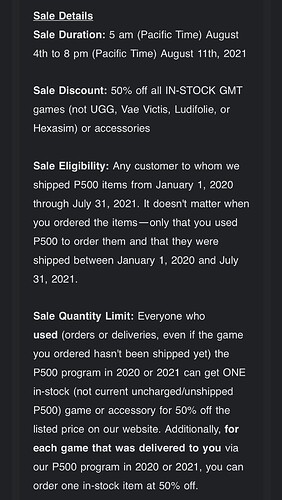 In a naval game, where so much is the cat and mouse of the search, how do you pretend to not know the enemy CV is NW and I need to send my search planes there? And so on?

I think I need to read the rules of a solitaire naval board game to understand how that works. Way, way back when I was a kid playing the old Avalon Hill games, such as Panzer Leader, I just tried to pretend I didn’t know what the Germans were doing. 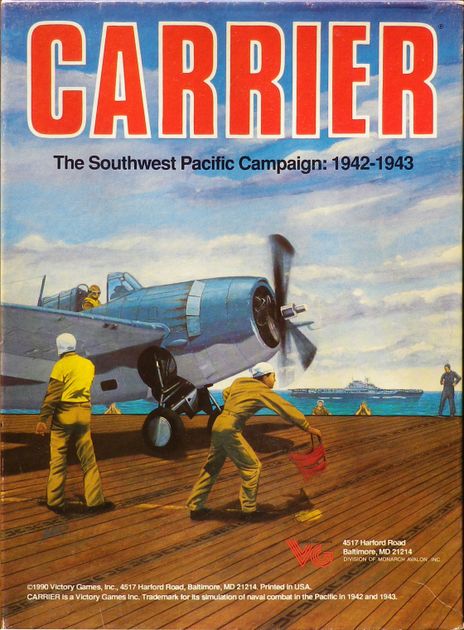 Cracking solo simulation of WWII in the southwest Pacific circa 1942-1943.

Cool, thanks for the link.