Harold badgered me into doing another presentation, so I chose a demo of Ted Raicer’s Fall of the Third Reich, a game that came out in 2017 that it seems like no one talks about, but has some really cool ideas.

Most excellent! That does look like an interesting game. Must resist buying, though, backlog has hit critical mass.

In Jojo Rabbit, the SS is just the “S”

My bad—the Hitler Jugend did have a single “S” symbol.

Just a quick heads up that registration is open now for that online San Diego Historical Games Convention.

November 12-14, $10, everything on Discord/Vassal/Table Top Simulator

Fellow grogs, I’ve been making 2D games for fun in Godot (and previously in Game Maker Studio) for a couple years now, and I need advice on a wargame project. Do you all have any smallish wargames you’d like someone to build? Like many wargamers, I’m mostly interested in WW2. I know it’s over-done, but after a half-century of wargaming I still find it fascinating.

My main wargame-creation achievement was a WEGO treatment of Tobruk that I did for a game jam last year. It worked, but I didn’t spend enough time on the UI, so no one besides me could figure out how to play it. That was a painful lesson: we make games for gamers, not for ourselves!

Anyway, I’d like to build on that experience to build something a little more ambitious, and a little more user-friendly. My secret ambition is to make a grand-strategy WW2 game in the vein of Strategic Command or WiF, but with my own take on the genre, especially naval/air operations. Realistically, though, I probably should start smaller. Maybe Guadalcanal? South Pacific? A North Africa scenario broader than Tobruk? War in the Med?

IGOUGO is my choice for my next project. WEGO is cool for smaller-scale engagements, but I like to push my own units around in larger-scale games. Using WEGO did allow me to hide the flaws in my AI, though; since the player was never quite sure what would happen after pressing “end turn,” the AI sometimes seemed smarter than it really was. Still, if I’m ever going to get serious about making wargames, I need to improve my AI skills. I am proud of the minmax AI I made for my chess engine, which competes with me until the endgame. But minmax won’t work for something as complicated as a wargame.

These days I’m using the Godot engine, always in 2D. I made Tobruk in Game Maker Studio 2, but I’ve come to love Godot, which I’ve used to make a bad card game and a slightly less-bad management game.

Finally, I’d consider a 4X-ish alternative, like “Shadow Empire”. But that would be even more work, wouldn’t it?

Maybe Tunisia ‘43? South Pacific would be interesting, it just seems like it would be tough to design with so many moving parts.

Thanks! Just the sort of advice I was looking for. Tunisia would be fun.

Maybe Tunisia ‘43? South Pacific would be interesting, it just seems like it would be tough to design with so many moving parts.

This is a good point, I’d be inclined to focus on the number of mechanics needed, and the South Pacific seems complicated in that you’d likely need air, sea, and land elements, and they’d have to work together, and act differently. I could see that becoming a coding quagmire as a “code to learn” type of developmental project.

I’d be inclined to try something landlocked, perhaps with limited air (or one side has air superiority). And … we can always use more Bulge games! ;) If it goes well, you could add more complicated mechanics like command influences, weather, etc.

Thanks for your comments, @Godzilla_Blitz. That’s a good point about starting simple. My Tobruk game did not model air (or naval) combat at all. I had hoped to do so, but getting land movement and combat right was a huge challenge by itself. So the Bulge might fit the bill, but … I’m tired of the Bulge, lol.

Low counter density would seem to be another good starting point. @MikeOberly 's suggestion of Tunisia might fit the bill here. I actually do own Tunisia I, the OCS classic, but I haven’t played it in years. As I recall, it starts with just a few units on the map. Maybe some other early-war topic would do as well.

Speaking of OCS, I’ve always wished there were a computer game that handled supply as well as it does. Maybe there is and I don’t know it?

Scale is also an issue. My ultimate ambition is a more strategic-level game, but for learning purposes, operational scope might be the sweet spot.

I’d always been interested to see more about Ethiopia…

Burma '44 - it would be good to have a computer title in the same theatre as Nemesis: Burma 1944 | Board Game | BoardGameGeek

If you did want to do naval, there are some interesting ‘what ifs’ like what if the Brits and the KB met off Ceylon? Just two months before the decisive battle of Midway, the Indian Ocean was the scene of a face-down between the fleets of Britain and Japan. Their carrier forces came within just 100 miles - and a reciprocal bearing - of a clash that could have...

Or something like the Japanese invasion of Australia and fighting around the Brisbane Line?

@Shards Me too! I don’t know a lot about the east African theater, but it might be fun to learn.

@SamS Burma is a nice idea. There are a few board games set there – OCS has one too. (I may even own it, not sure!) I like the KB-British hypothetical too. I think I wargamed that once in the Victory Games boardgame “War in the Pacific.” Very fun.

Invasion of Australia! Now you’re talking! That would sell a few copies Down Under. And I’ve actually been there, as opposed to Burma, Tunisia, or Sri Lanka.

Lots of hypothetical conflicts in World War II. I always liked the Avalon Hill game that postulated an invasion of Malta.

I just recently pulled this one out of a basement box and gave it a home on my new and improved wargaming shelves. 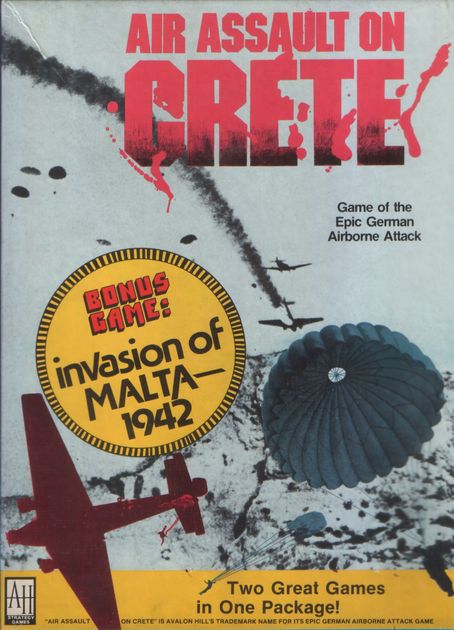 Yeah, it was. I really wish someone could make computer versions of some of the Avalon Hill classics. There were duds of course, but overall great games. Alas, almost all my gaming now is on computers due to time constraints and my boardgame collection gathers dust.

Reporting from GMT’s Weekend at the Warehouse.

@davidyllanes
They were not exaggerating at @gmtgames when they said Gene Billingsley's upcoming solitaire game "Mr. President" is big. I had seen an earlier prototype in a previous convention, but it's more impressive "in colour": https://t.co/fD2Y4Jmpt6 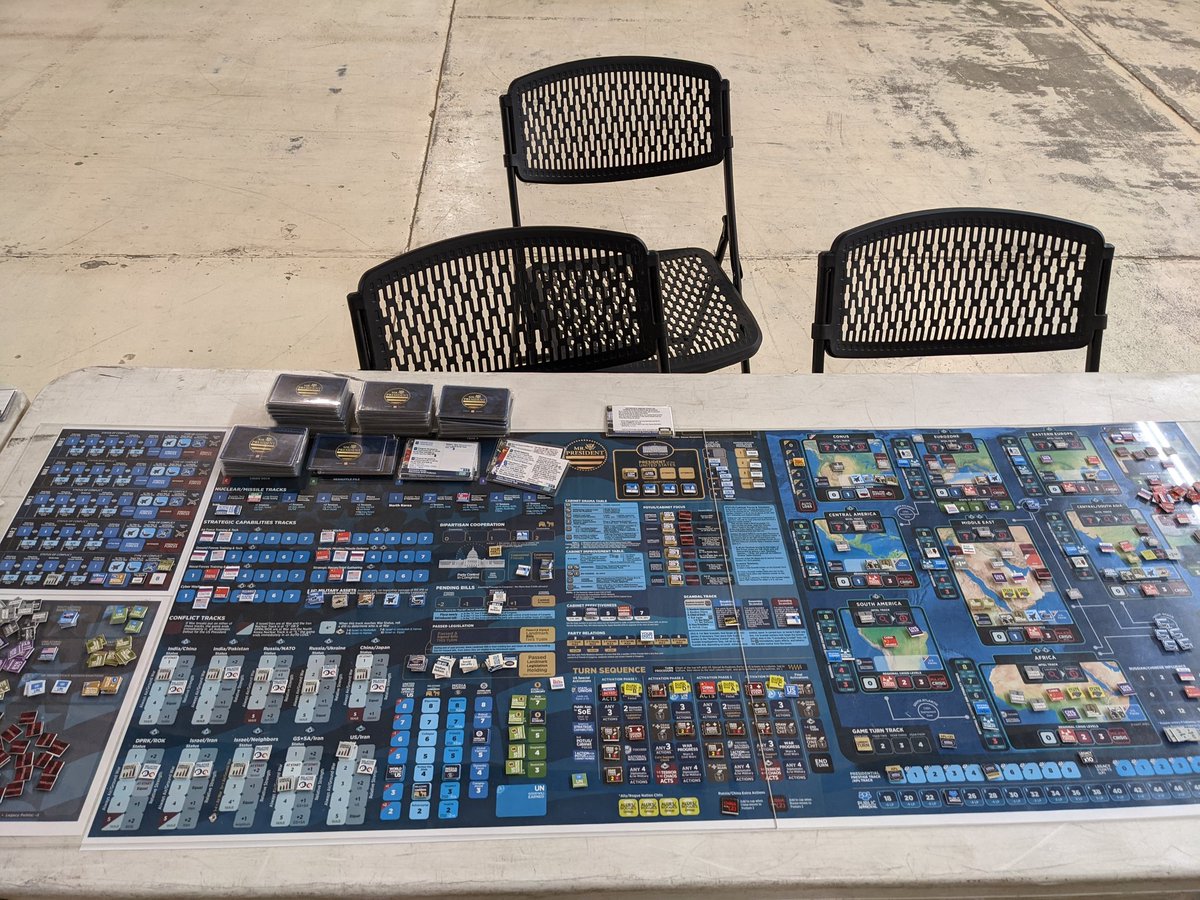 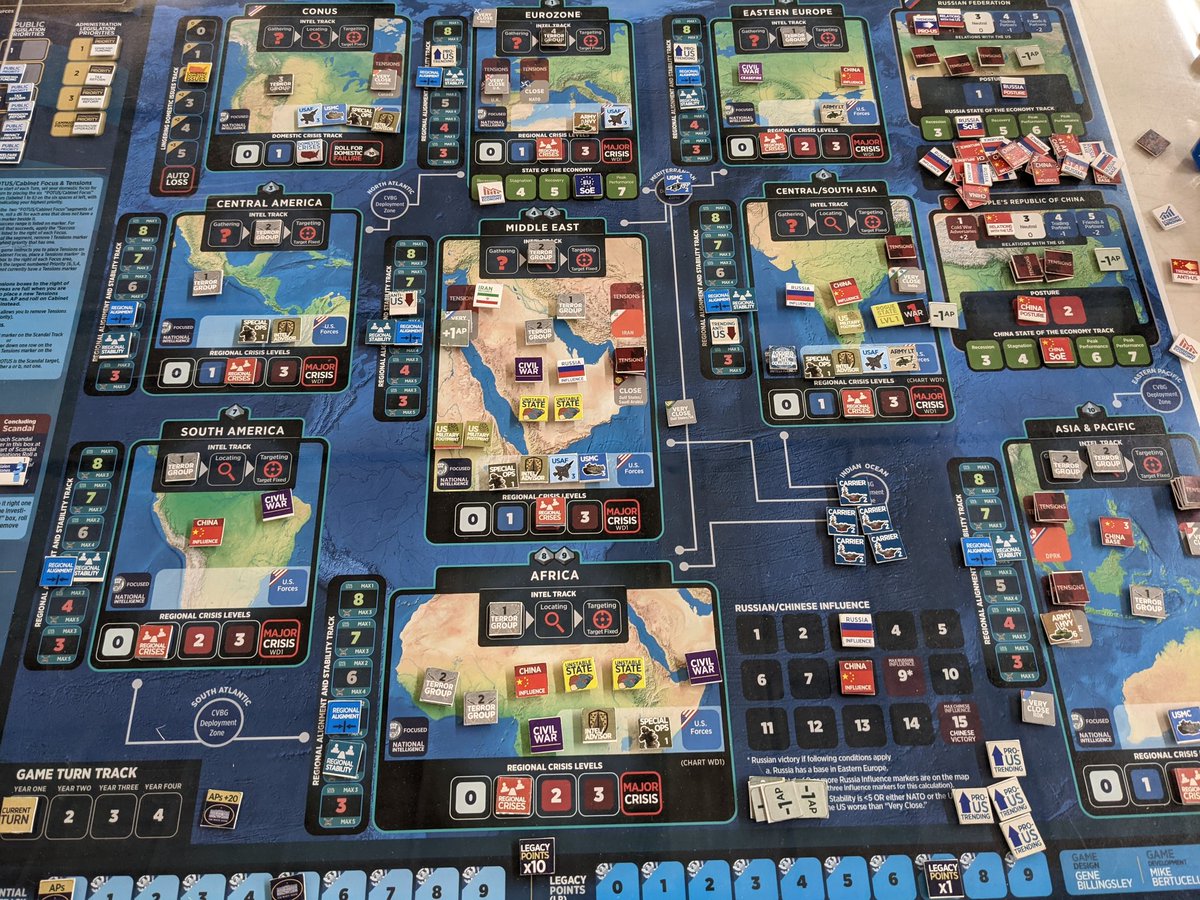 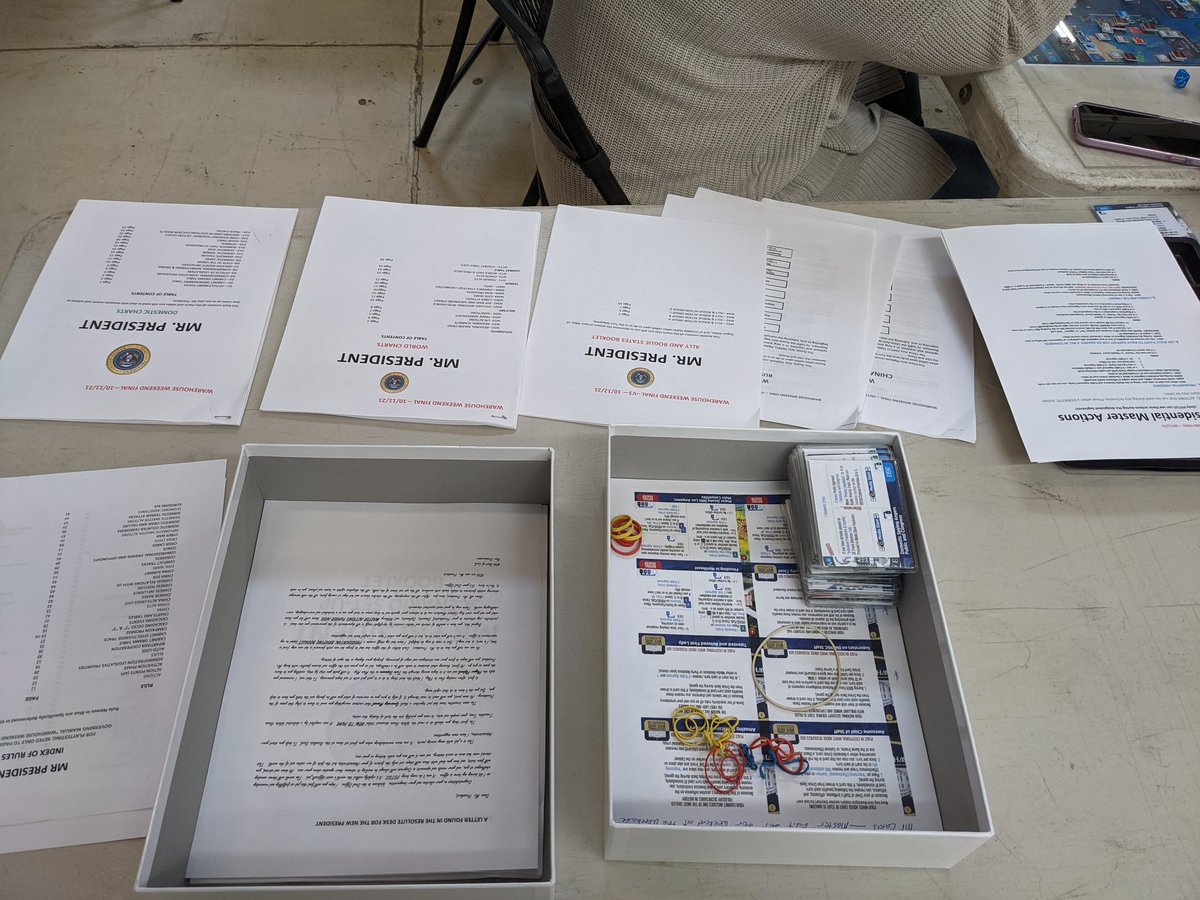 In this thread I write a report of the first turn in Chad Jensen’s and John Butterfield’s upcoming Downfall and try to illustrate some of its very innovative mechanics. I am enjoying this very much:

@davidyllanes
I begin the second day at the @gmtgames Warehouse with a playtest of the highly anticipated "Downfall" by Chad Jensen and John Butterfield. Very innovative mechanics. https://t.co/5yS3IUWOaa 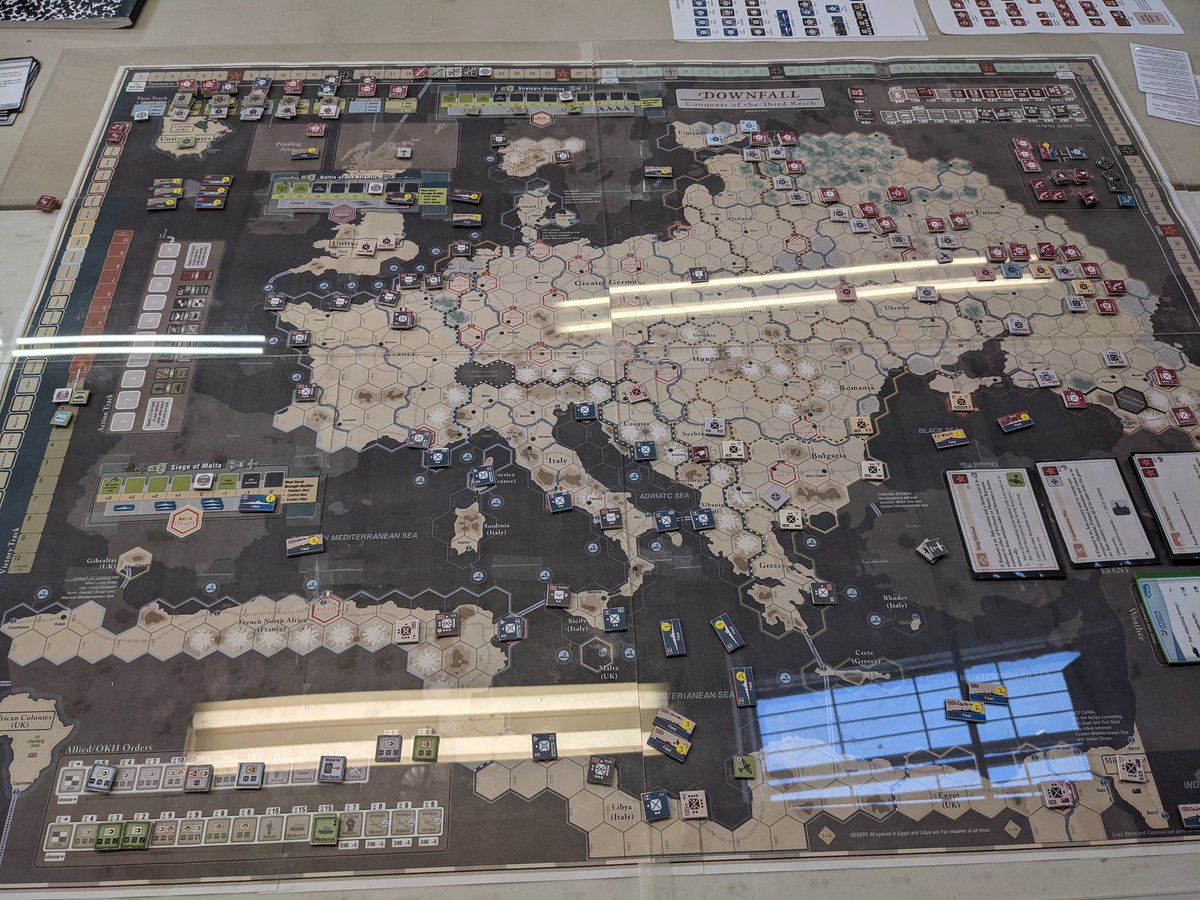 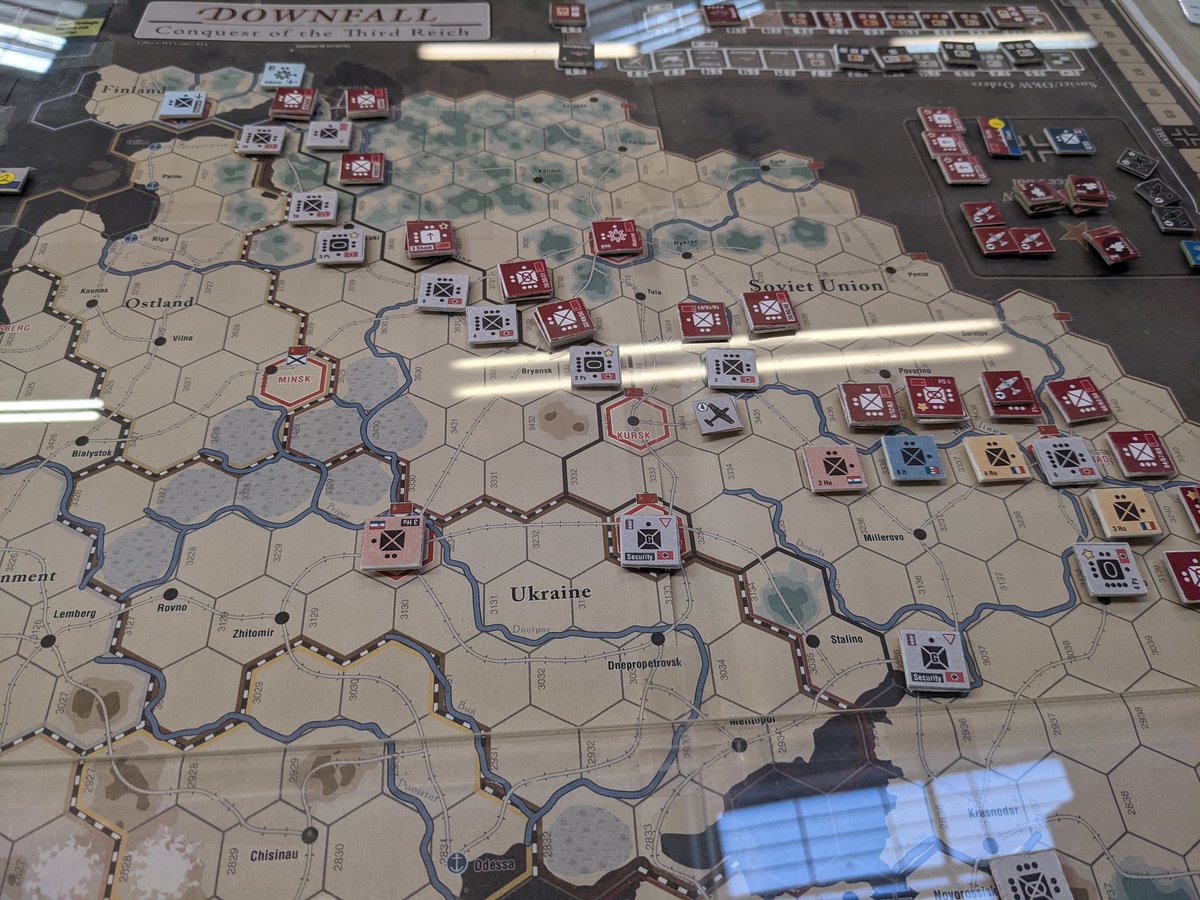 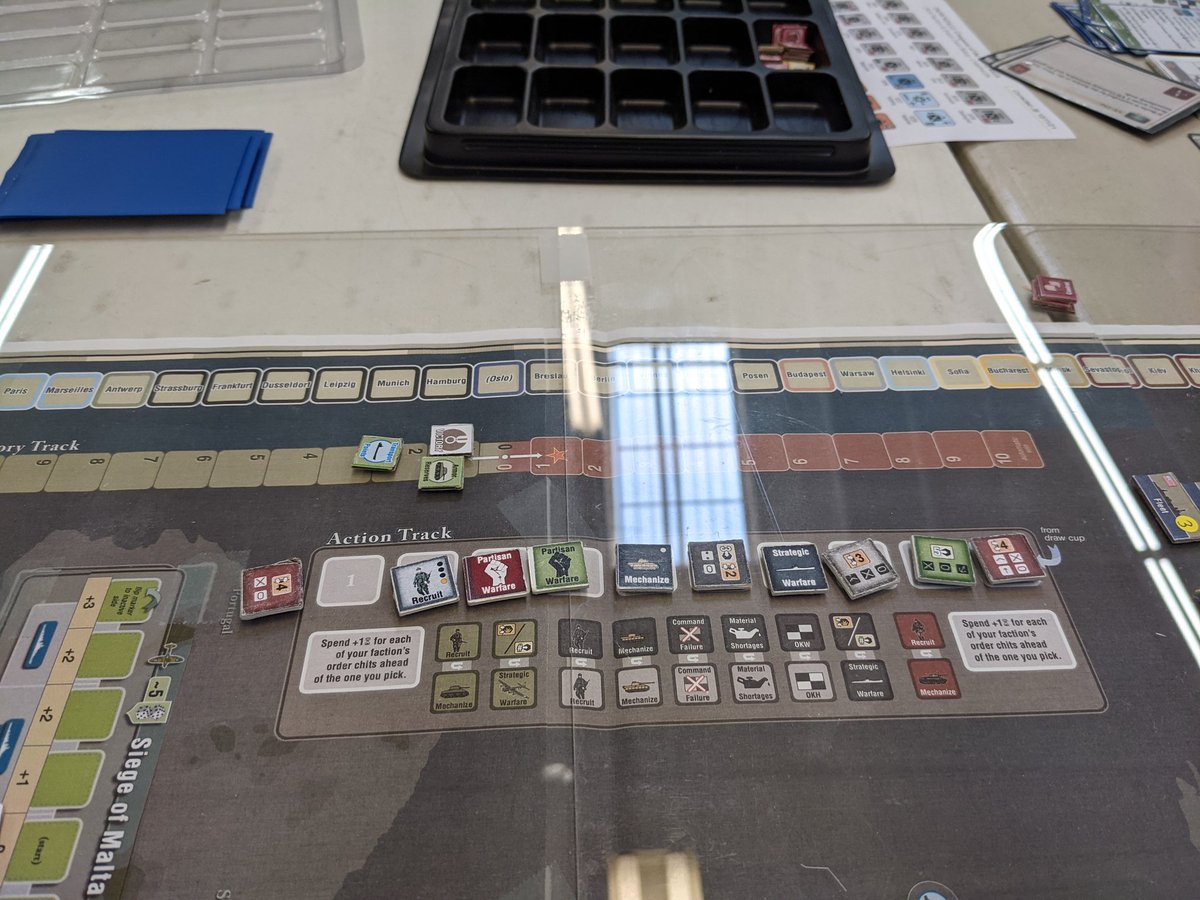 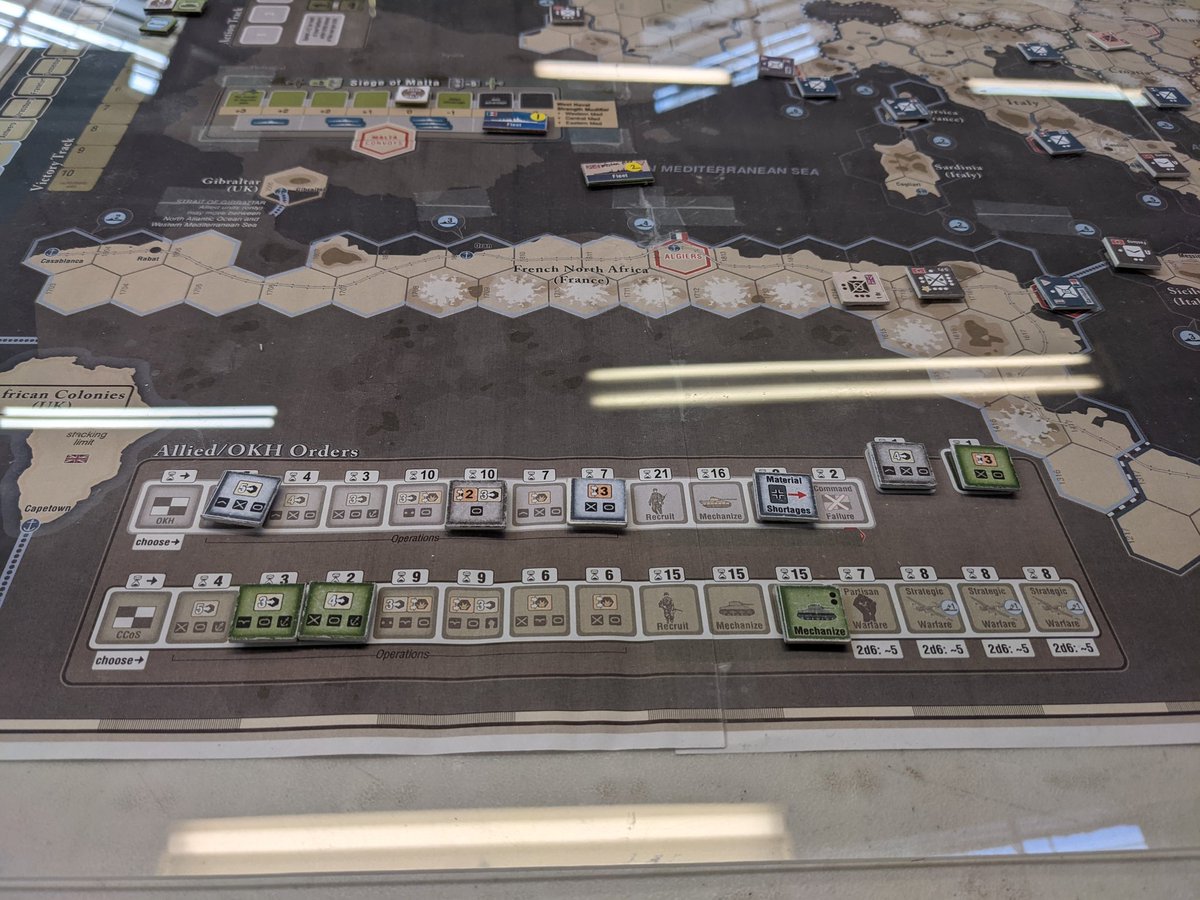 Some photos from Thursday (first day): 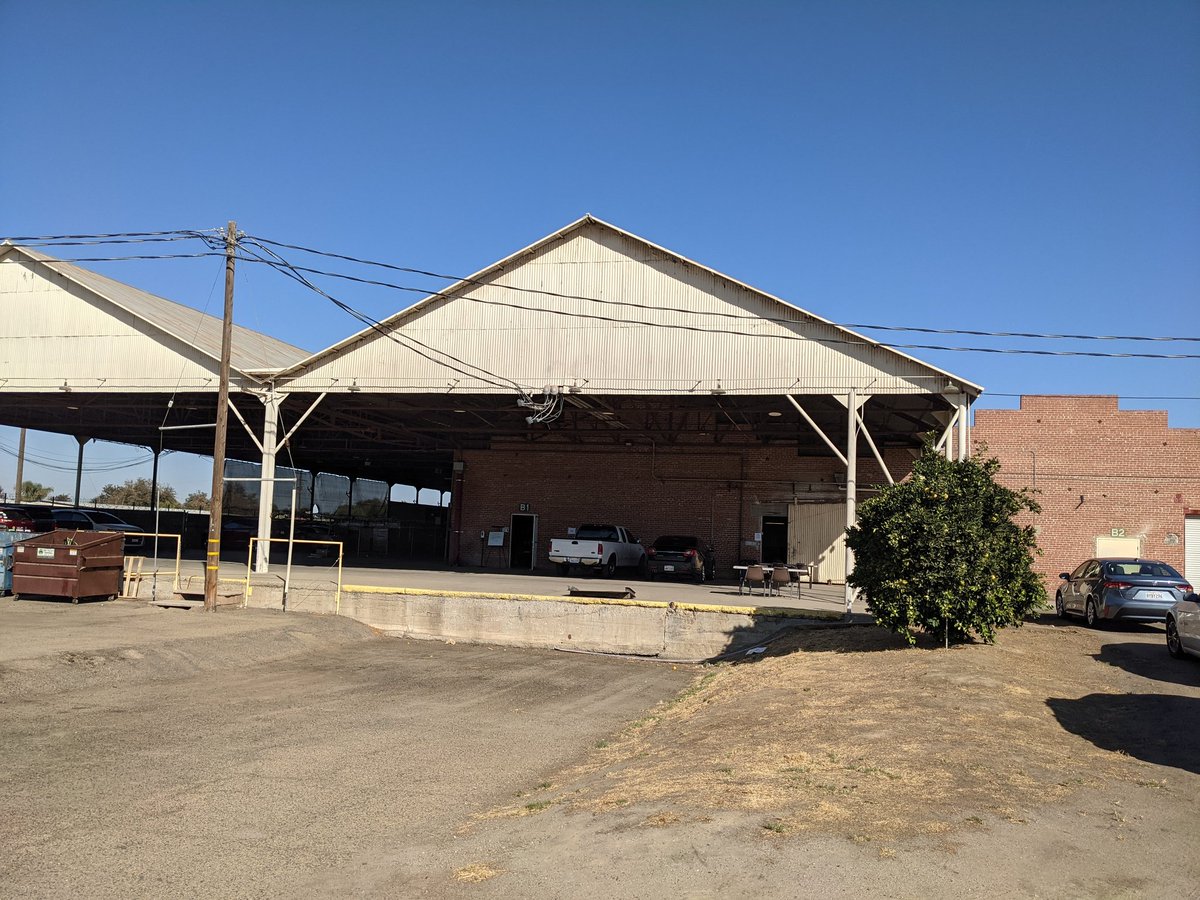 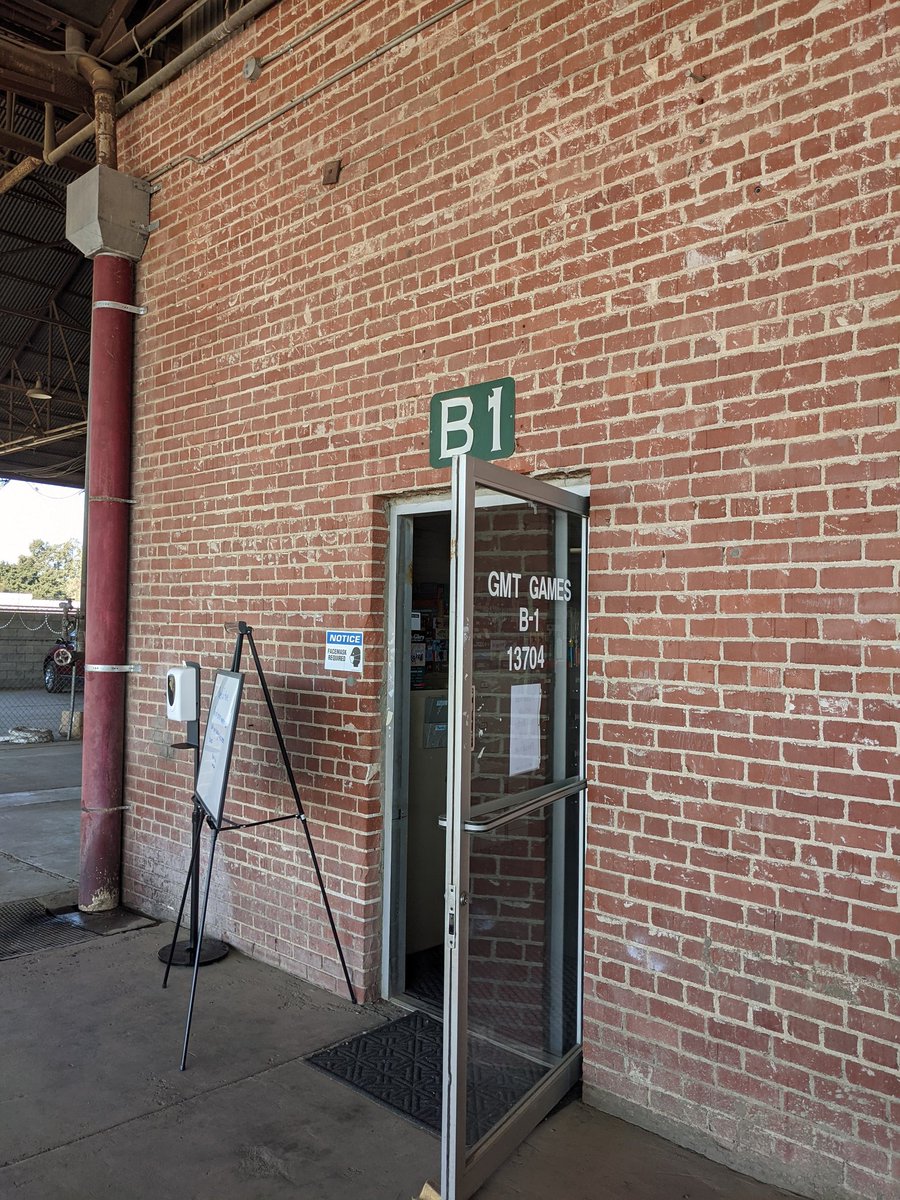 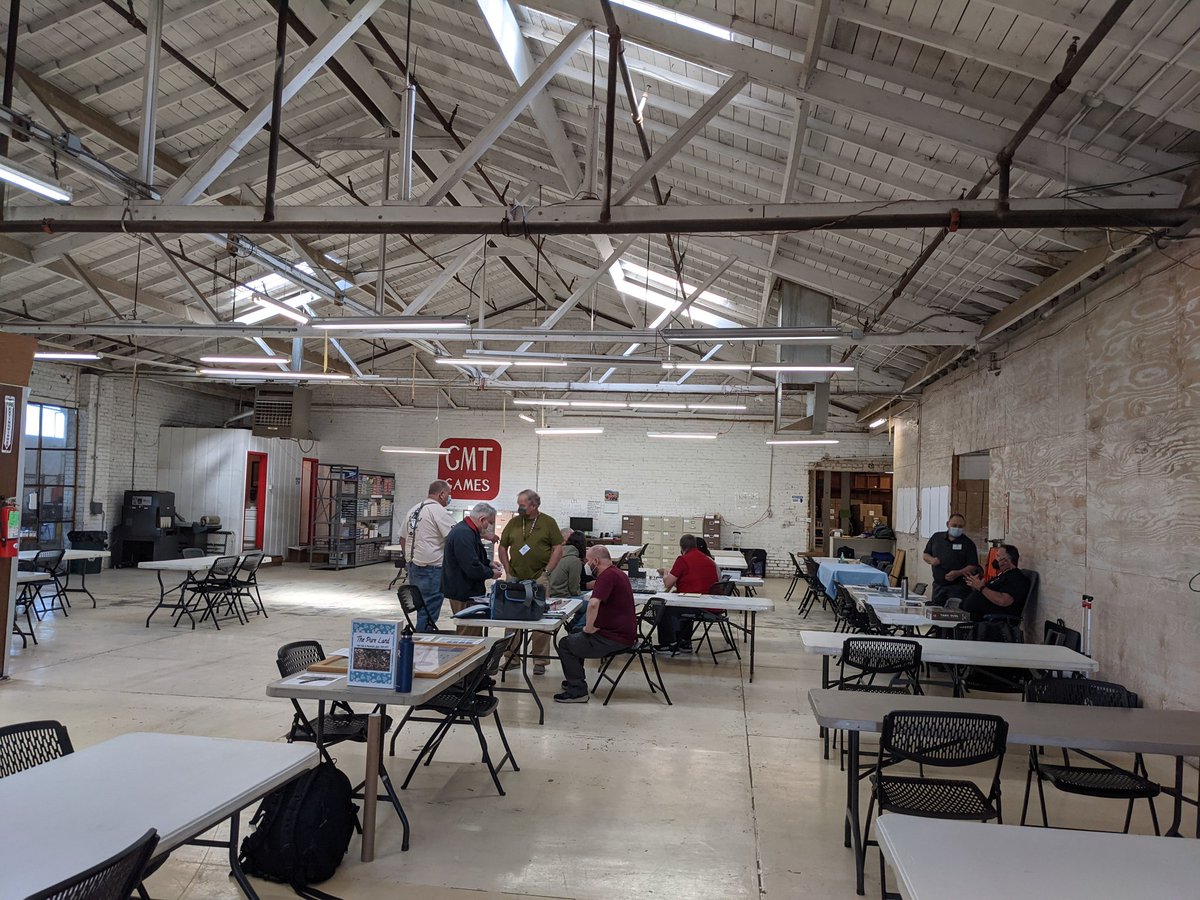 I’d like to be there. Hopefully Spring is kinder. I’m still very interested in Downfall. I ended up buying this The Fall Of The Third Reich | Board Game | BoardGameGeek that @Brooski might be showing off. It’s along the same lines as Downfall. I’m just trying to parse the rules now and I liked seeing it’s 1 and a half countersheets. That is about my speed, especially if they are larger counters like in Empire of the Sun. I think I have a rule now that once you hit the three or more countersheet range a game is probably too crazy for me.

So uh how many countersheets do you think that Mr. President monstrosity is at this point? I’ve got a p500 in for that game but I don’t know if I’ll ever end up playing it. With something that looks like that I want at least a few other players pouring over the table with me trying to figure it all out and talking about what’s going on.

Any sighting of Absolute War? 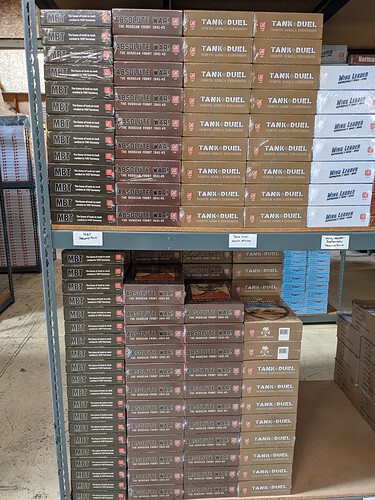 One of the things I liked about the warehouse is that you could potentially pick up your p500 copy. Instead It looks like I’ll have to wait until they go back to work for it to ship but that’s a good sign that it will be on it’s way soon.

Hopefully we get some good reports there.
Thank You.

Thanks for the reports! That Mr. President looks ambitious. Most of the counters look like status markers by the looks of your photos. You get a chance to see some gameplay?

Just curious, but how many people are there do you think?