I got a copy to stream, and the manual alone is AMAZING.

It would just be me going “oh yeah” or “wow” or “that’s awesome” over and over again.

Also apologies, I didn’t know there was already a thread for the game.

This is the new game from Victor Reijkersz https://www.vrdesigns.net/ who did the WW2 Decisive Campaigns series. [header] Preview stream I have been following this since Vic started posting snippets on his site several years ago. This is an immensely ambitious 4X in the leagues of Distant Worlds for scope. With a big game, comes a big Features List Most turns you’ll have to make Decisions on events occuring in your Zones, with your Leaders or with third parties (for exampl…

As far as I can tell The enemy TFs start in different places, as do yours.

Also a bunch of scenarios so replayability should be good.

Not actually bought it yet myself but looks pretty solid.

Yeah, I haven’t played it in a while so I can’t recall the specifics, but I do recall feeling like replayability was quite high.

To all the teachers I told I’d never use this stuff, I apologise. 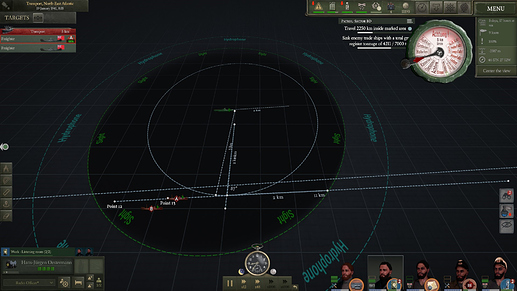 UBoat is fun. I actually bought it last year when it first appeared, but it was a bit of a mess back then so I refunded with the idea to come back to it later, which I did this week.

A year ago the game could fall apart even during the tutorial - in my first try I ran aground on an invisible island and couldn’t reset and then my second try my sub clipped through the wall of its harbour berth, fired into the sky and got stuck and then everyone died.

I played through it anyway, up to the point where you have to chase a CV, and then I watched some gameplay videos from Lite_Ly Salted’s tutorial playlist and then dived (heh!) in.

I’m currently part way through my first mission in January 1941, which was to patrol a large grid box in the mid-Atlantic. It was rated “medium” difficulty because of enemy presence and expected weather/sea state.

Partway through the mission a radio message from BdU vectored us toward a spotted convoy and we sank one of the three freighters there. 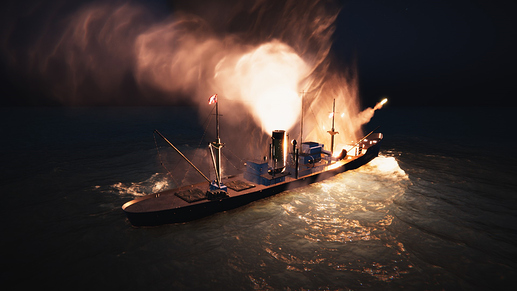 The other two automatically went into “Alarm”, varying speed and heading and we also picked up a weird small contact nearby, so we disengaged in case it was an escort.

We ran a long hook motion away from, parallel to and then back toward the convoy’s previous heading and eventually our radio operator picked up their propeller noise again. We had moved ahead, which was great, so I set the solution and fired two torps and each of the two targets.

Two torpedoes hit the rear ship and then about 15 seconds later one hit the target at the front, (the other either missed or was a dud), and both ships were abandoned and eventually sank.

We then ran away quickly from the scene and when we were clear we dived to listen for contacts and heard the small blip again. Determined to find out what it was we circled the area for a while listening and eventually found… another UBoat.

It’s cool that the game models more boats than just your own and I presume that that Captain may have had the same BdU alert as I did, but he freaked me out for about three days thinking we were being chased by some ghostly escort.

Crew Management presents some nice choices without drowning you in micro-management and balancing oxygen, food, battery life, diesel stores, morale and job lists is the right kind of interesting for me so far.

It also has some neat little elements like differing radio stations being available depending on where you are. Now I’m in the mid-Atlantic I can just about pick up staticy shows from New York radio stations, giving my crew a morale boost as they listen to enemy music. Just don’t tell BdU. 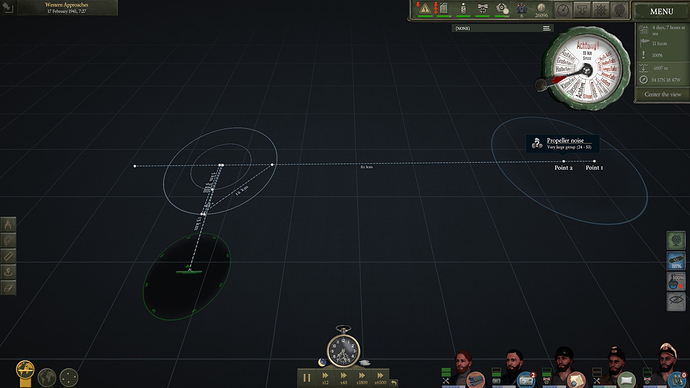 Stop posting about this game, I don’t need to buy any more games! We’re all full up, here! 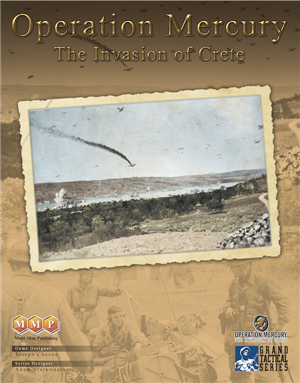 How have I not heard of this before, it looks great.

I was just coming to post this. Tempted by the Golan Heights game.

It and Yom Kippur are not good games, my friend.

$172 according to MMP. Now let’s see what those international shipping costs might be…

How have I not heard of this before, it looks great.

I had forgotten about Dr. Sidran, to my shame; the UMS he made was a fascinating project, and he’s an interesting guy. The General Staff project looks really good as well, something to keep an eye on.

I’ve always loved the battles on Crete, someone move nearby and play with me!

$172 according to MMP. Now let’s see what those international shipping costs might be…

And shipping is $65, so that’s a no-go (with a possible custom inspection, it will be more expensive than buying it local, which you can do at MSRP).

This is a pity, since I would like to support MMP by preordering some stuff, but if their international shipping makes a 75% discount impractical, it makes their preorder discounts way more expensive than buying here. Both Legion and GMT have way cheaper shipping to Europe that actually makes it sensible to preorder (even slightly cheaper! -about 5% cheaper than what you can find games for in stores here once released-).

Both Legion and GMT have way cheaper shipping to Europe that actually makes it sensible to preorder (even slightly cheaper! -about 5% cheaper than what you can find games for in stores here once released-).

I know; that’s always puzzled me about them. Now that they have a business manager, I do know that they are supposed to be finding an EU partner.

I am a game dev myself so of course I strongly believe in IP protections and hate piracy, but ffs this is just like 1990s music software level annoyance.

Great game but its DRM needs to be mentioned every time so potential renters know what they are in for, because with this drm you will never own the game you payed for.

lest ye think I exaggerate… if your drm needs 8 step instructions then I suggest its gone too far.

I will note however as far as I can tell, the game remains uncracked and I bought it even knowing about the annoying drm so maybe the dev regards it as a success.

Some of us will just decide to never “own” the game at all.

I haven’t investigated personally, but I suspect it comes down to interest more than effort.

I wonder if it would install on a VM?