I’m not quite sure yet. Having a hard time deciding as there is far more product than I will have credit for. Possibilities include Enemy Action: Ardennes, and/or the new Pacific War. I’ve been looking at Al Nofi’s Imperium Romanum, the VG edition of Hell’s Highway though there is a new edition coming from New England Simulations in the future. For some reason I’d really like a copy of Kremlin again, but in particular I’d like the box with Gorbachev on the front. I bought that in the 80s, but bought it for the gaming club I was a part of at a local hobby store. I always thought it was a fun game, but I don’t know who I would play it with these days, and it really is a game for a group of people so seems like that would just be throwing money away. Same thing goes for Pax Brittanica, new edition supposedly coming from Decision Games at some point, but seems like a game you probably need a group for. I don’t know that I have that many personalities to solo it. :) I’d love to try the new War and Peace, but they don’t have that in stock. Maybe a Simonitch game like Salerno '43, or one of their Civil War games like Into the Woods. If I could use my quarterly bonus it would be much easier deciding.

Some great choices in there! I’ve been exploring Salerno '43 some and I like the system quite a bit so far. Enemy Action: Ardennes has a ton of gaming in the box.

And this is working very well. This sounds exactly like my inner dialog when going through the same process.

I have Salerno '43 still unopened, hoping to get a crack at it on Sunday. I enjoyed Holland '44 so hoping for more. Of course then comes the temptation to just get the other 2 proposed game in the Salerno series and make the three into the whopping campaign it’s supposed to be designed for…

I have Salerno '43 still unopened, hoping to get a crack at it on Sunday. I enjoyed Holland '44 so hoping for more. Of course then comes the temptation to just get the other 2 proposed game in the Salerno series and make the three into the whopping campaign it’s supposed to be designed for…

I love being in a city that is a major Amazon distribution center. 2.5mm clipper arrived this afternoon.

Anyone here use scissors when punching counters? 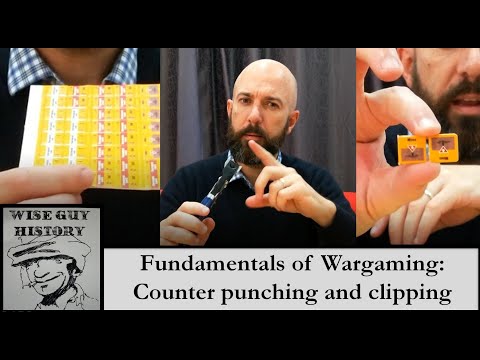 Not me. I did once cut counters out with a sharp knife. That backfired — I damaged a couple counters that way.

Slitherine has an even bigger sale on Fanatical!

Battlesector is 30% off at Matrix, but 45% off at Fanatical.

I’ve got the Field of Glory 2 Medieval - Complete and the final DLC for Fantasy General in my Slitherine cart. The PanzerCorps 2 DLC is in my Fanatical cart.

So far my defensive line has held at War in the East 2.

EDIT: I also got Warplan Pacific.

I rationalized the whole thing with a 2-year Slitherine anniversary coupon for an additional 8% that stacked with the sale.

There’s a lot in that sale that has me tempted. Pike and Shot Campaigns for one, Battle Academy 2 for another. The Decisive Campaigns series of games also looks tempting. Anyone have an opinion on those?

Decisive Campaigns: Case Blue for $8 on Fanatical is tempting. Too bad WITE2 isn’t on there.

The Decisive Campaigns titles are all great imo. They are developed by one dude for the most part and known for their good scenario design and decent to great AI.

Unfortunately they are also known for weird UIs, so if that kinda thing bothers you, I’d watch a video or something first to see if it’s something you want to spend some time learning.

Edit: The first one allows up to like 5 players in PBEM and its as fun as it sounds. I’ve played hundreds of hours of it with dudes from SA.

The earlier (Barbarossa, Poland, France) Decisive Campaigns games are essentially the same system as the newer Ardennes game; all are good. The ones before Ardennes have a bit more strategic/political flavor, in the sorts of decisions/cards you have.

Pike and Shot Campaigns is fun, and the era is cool. BA 2 is a sort of lite tactical game that is nicely done and fairly solid IMO. All are decent pick ups for cheap for sure.

I think I heard about this project or something like it at one point on consimworld, but it looks like someone is making a WWIII Central Europe game based on the Gulf Strike system:

Due to the current real-world events, we decided to not communicate any updates about this game in the coming days. We hope and pray urgently for peace on our planet!   Estimation of included components: Three map sheets (2x full size,...

I couldn’t resist and ended up getting the 2mm rounder as well. Let the clipping commence. I did the information markers for Gulf Strike last and this morning. Since counter trays are either expensive or hard to find, for the time being I picked up a box of 1000 2”x3” ziplock baggies for storage. 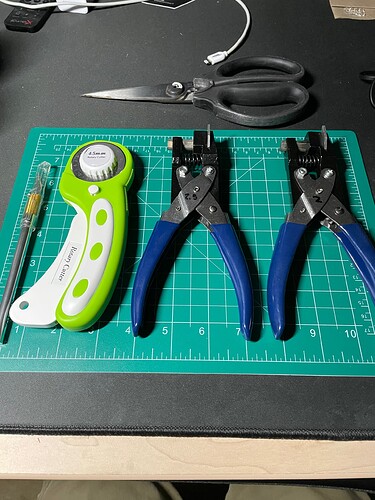 Hmm, your clippers look different than mine. I’m using this: 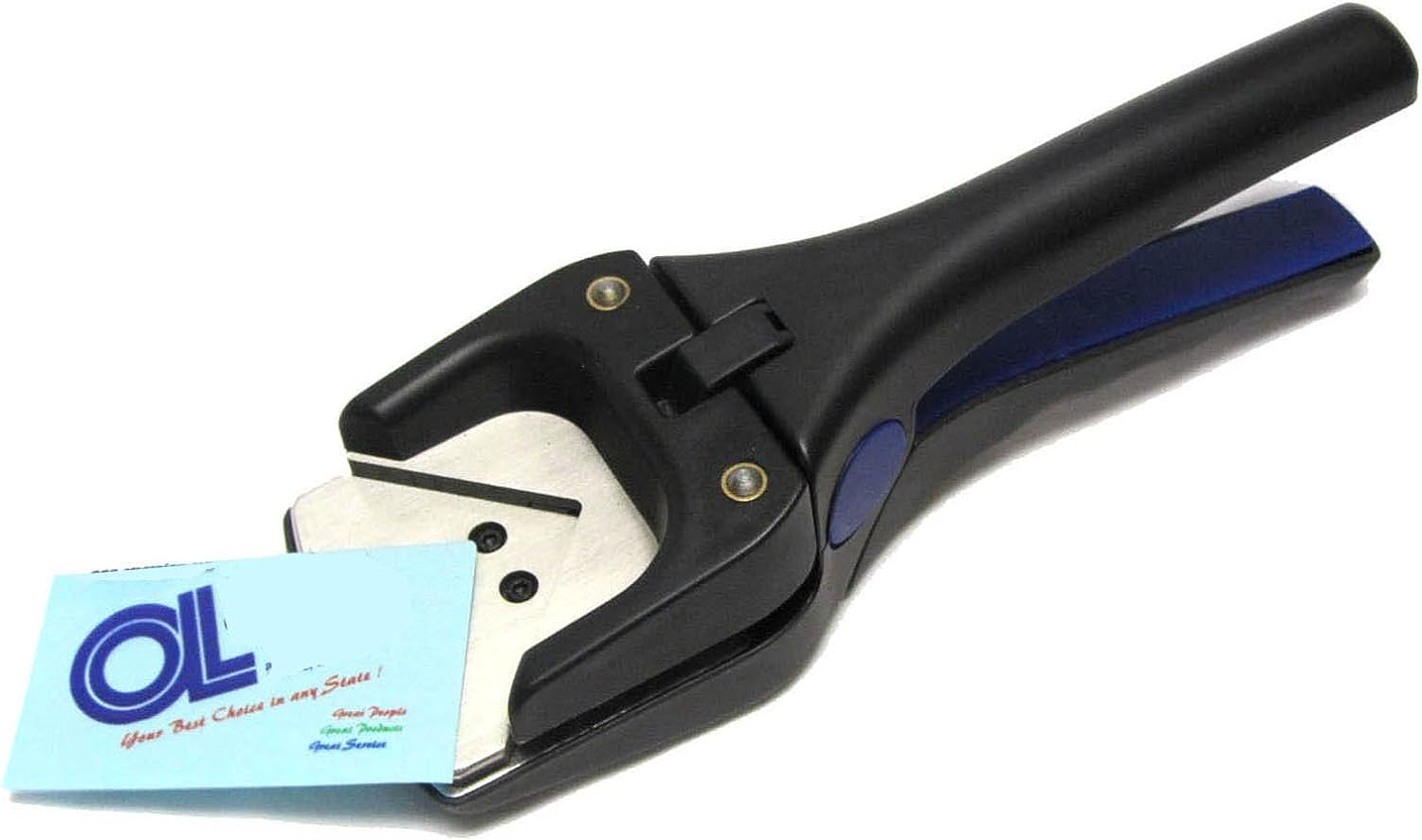 I love mine, but I have to be careful to use them in short spurts, because they hurt my hands after a while. If yours has less resistance, I’d certainly consider switching.

In other news, I’ve been playing board wargames a lot lately. I finished the first campaign scenario for Pacific War, “Malaya,” a 3-month mission to take Singapore and Malaya. A great intro to the campaign rules, which you tackle after first doing engagement and battle scenarios. What a stupendous game this is. AAR here: 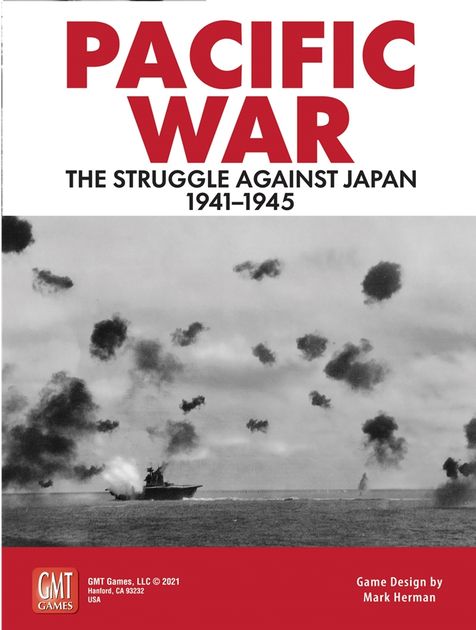 And I did a 2-turn scenario of Arracourt, which uses the Batallion Combat Series. It’s a really impressive and innovative system. It makes you think in terms of formations rather than individual units, as there are penalties for mixing and overlapping formations. Lots of other new ideas in it. AAR here: 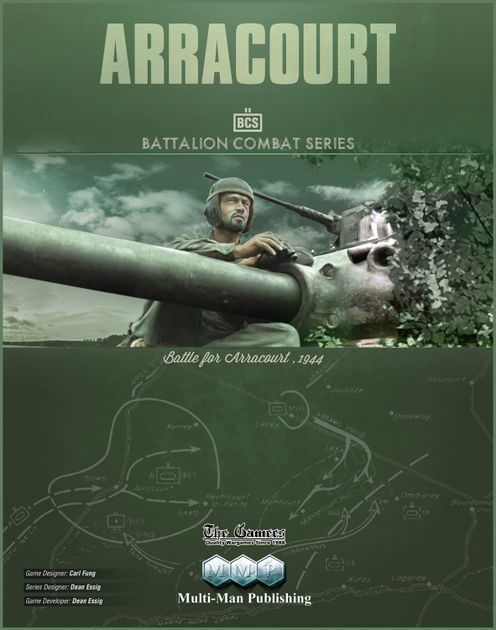 Scenario 3: the Battle of Lunéville | Arracourt

b]September 18, 1944[/b]: Two Fresh German armored brigades reinforce the 15 Panzer Grenadiers. Together they aim to take Lunéville by tomorrow. [imageid=6864489 original inline] The weather is Fog, but somehow the Allies have 2 air points...

I didn’t get the premium because I’ve seen reports about the plastic handle breaking due to stress that gets placed on it. I could feel it in my hand my the time I finished clipping this morning. The 2mm seems a little stiffer than the 2.5mm, but seems to work better for the 1/2” counters in Gulf Strike. I experimented some with both rounders on counters from an older copy of the 1st edition gulf strike. I seemed much more likely to take a bit off the side with the 2.5mm. It will probably just take some getting used to it.

I got the rotary cutter to potentially helping something out of a counter sheet, but most likely will just use the xacto in that case.

Really enjoyed your PW AAR. The Malaya campaign was always one of my favorites in the original game.

Glad you liked the AAR! That game really photographs well, and I’m proud of how my photos turned out. I went in thinking Malaya would be unexciting, but it turned out to be a close, down-to-the-wire thing.

@vyshka Ah, I see. So far my deluxes have held up fine, but I don’t use them that heavily. I like the 2.5mm clipper as a one-size-fits-all solution, but I do have a 2mm counter that I sometimes use for 1/2-inch counters. I tried the 3mm variety and it was too aggressive for my tastes.

Hoping to get a copy of Pacific War in the next couple of weeks. I just jumped into the P500 for the latest Empire of the Sun reprint to cover strategic gaming in the Pacific.

You’ll like Empire of the Sun. It’s a great design. Yes, more of a strategic focus.

Pacific War has a strategic full-war campaign, but the game is on an operational scale, with dozens of great scenarios. It has four levels of scenarios: engagement (single combat events, like Pearl Harbor), multi-day battles (a famous battle like Midway), campaign (several months), and strategic (the whole war or big chunks of it).

Watching Ardwulf’s Lairs videos on youtube has now made me aware of enterprisegames.com. Just what one needs to satisfy wargaming nostalgia.