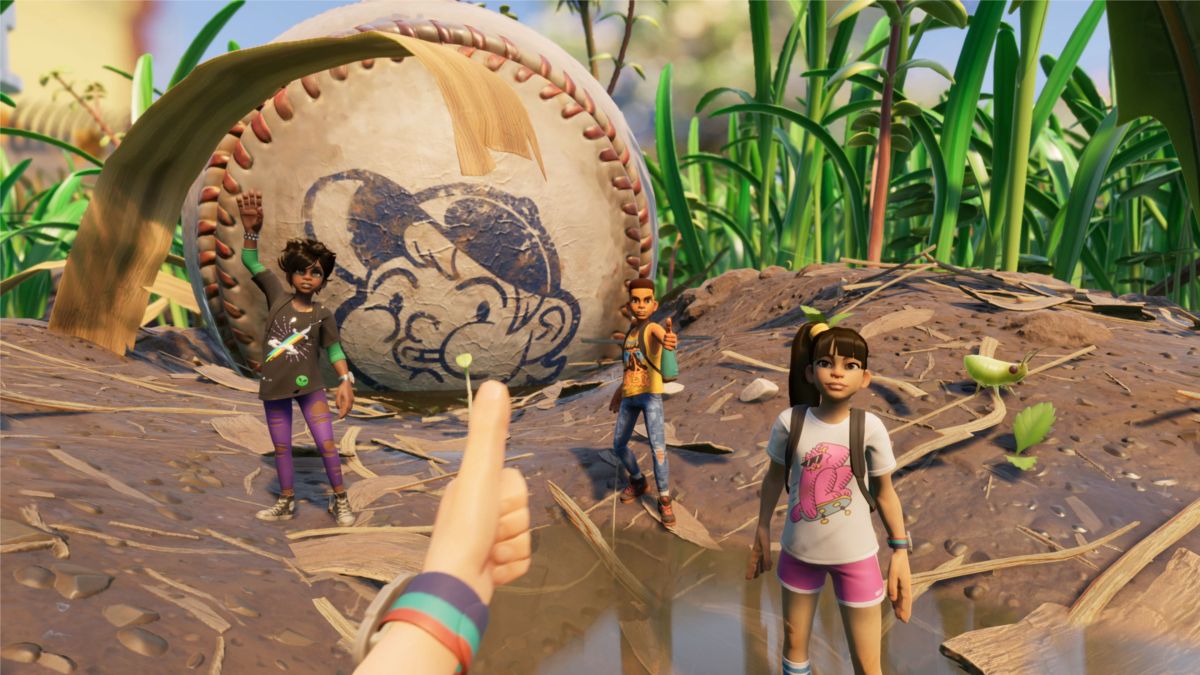 In Grounded, an adorable survival game from Obsidian, you're a shrunken kid in...

Yes, it's basically a survival game for ants.

Thanks for buying Obsidian, Microsoft. Glad you didn’t make them change from making decent RPGs :(

This could be the game that finally puts Obsidian on the map.

I think the lesson here is that sometimes when a company with deep pockets buys a struggling developer, freeing them from budgetary constraints, the thing they really wanted to make is crap. But hey, maybe I’m wrong and this will be awesome.

Not my kind of game or what I hoped to see from Obsidian, but that doesn’t automatically make it crap. Maybe they wanted to branch out, and it’ll be great, for people that enjoy survival games.

I do beg your pardon. I’m sure this will be a supremely well crafted whatever the hell this is.

It’s not the only thing they’re making, FWIW.

If I can play this with my kids it will be great. Maybe that’s the target audience and not all of us salty old RPG nerds.

Well I’ll certainly give you guys credit for being more open-minded about this than most people were back when Bioware decided to get into the looter shooter business. If it turns out to be good and interesting, I’ll probably give it a shot. At this point it just doesn’t look all that interesting to me.

I’m not open to it personally, I hate survival games and have absolutely zero interest in this game. But I mean, it’s not for me. I don’t get why people enjoy watching sports either, but I accept that they do and they aren’t wrong to do so.

That’s a little bit different than what I’m talking about. If Obsidian had decided that instead of making new games they were going to start a baseball team and just play baseball from now on, that would be a bit closer.

I understand of course that Obsidian is very likely able to maintain multiple concurrent projects and they very likely have some kickass RPGs in the pipeline. At least I hope so. Maybe this is a palate cleanser for them. Well and good! I’m just not sure I want to play it. So I’ll hang on the line until their next thing, I guess.

While I don’t like survival games, I love Don’t Starve. So hey, maybe this will be something I can appreciate.

Same deal as with Ninja Theory and their first game for MS being some deathmatch thing and not single player story driven.

In both cases it was supposedly developer choice.

My group seems really interested in this which is kind of exciting.

I can see Obsidian jumping the shark here. A truly Epic Mickey moment. I hope I am wrong, but nothing tells me they are prepared to make a game like this. Also I hate the bad cartoony plastic aesthetic.

I like the episode of Futurama where Fry eats the egg salad sandwich from the gas station and everybody shrinks down to enter his body and cure him.

Same deal as with Ninja Theory and their first game for MS being some deathmatch thing and not single player story driven.

In both cases it was supposedly developer choice.

Both feel like projects that were hail mary attempts to make something trendy and profitable. Like Radical Heights was for Bosskey, only these companies ended up being acquired.

They actually had this and Outer Worlds being worked on at the same time for over a year. There’s no “very likely” about it.

At one point they were supposed to have three games in various stages of “worked on” (two of which were PoE2 and the project that became known as Outer Worlds). But I’m not sure whatever became of that third project (once upon a time they said they were going to do a Turn-Based Pathfinder game but then nothing came of that). It may be they can’t do 3 projects anymore; I don’t know if they’ve grown or shrunk or whatever (only that PoE2 was a disappointment sales wise, although it likely turned a profit).

It was unquestionably an odd announcement.

While I don’t like survival games, I love Don’t Starve.

Isn’t that the epitome of a survival game?

I wouldn’t really know. I don’t have much experience with the genre. I just know Don’t Starve is a lot of fun. The slow discovery of how to build fire, picking berries, then discovering enemies you somehow need to fight, it all unfolds really nicely over successive lives as you die over and over. It’s a really good mix of randomness and discovery.