I’m just looking forward to the new regions and the new enemies. I never played GW1 but I can get behind some Asian-themed architecture and wandering around on skiffs.

I loved Cantha in GW1. It was my favorite area, it had some of my favorite quests and characters and enemies, and my favorite class (Ritualist) was from Cantha. I really, really liked Factions, and as such I’m very excited to see how Anet will revisit Cantha in the next expansion. I’m also curious about the new specializations, but there’s yet no info on those… I’m hoping they bring the Ritualist back in some way; if it’s a specialization of the Revenant, even better!

The new Guild Hall in Cantha looks really nice. Do we have a guild hall already? Is there any chance we can gather a group to get this new one?? I have no idea what it takes to secure a guild hall, but I feel like it takes a critical mass of players that we haven’t gathered so far.

Yep, there’s a guild hall for QT3 already, although with limited players from here these days, it’s not been very active.

Despite what I said above about the trailer, I’m very interested in the expansion for the new areas and story to get me back into playing regularly for a bit. I wish they’d toss in some extra bank storage or similar for pre-orders, as I’ve sunk a lot of cash into just having enough room to hold onto things that might be needed for forging special items, or offer some other random benefit. Never been good at divesting myself of items.

At one point, I gathered up all of my quest items, lined them up in one of my inventory bags, and just went left to right and looked them up in the wiki. It was surprisingly fun tracking down where they could be used and continuing the quests! But yeah, storage fills up really quickly, especially if you have a few crafting professions.

Doesn’t help that I have six characters of different races and professions and all have different combinations of crafting to manage. But really, my problem is hoarding. I hate getting rid of stuff, even if it’s just to collect it. Too bad there wasn’t a place where you can store things on display, in your home instance, for example. Place trophies around, have display cases of items, that sort of thing.

I hate getting rid of stuff, even if it’s just to collect it.

I especially had that problem with the books you can collect in GW2. My solution: open a separate text document with the name of such items and links to their wiki pages. That way I can delete the in-game item with the peace of mind that I have a “copy” of the item outside the game.

As someone who hasn’t played GW2 in years or kept up with the living story I literally have no idea what in the living fuck they’re talking about in that video. What’s all that green shit? Why are they flying through soap bubbles? Who are the characters? What is the expansion about? NCsoft needs to think about people potentially returning to the game.

The soapy Mizutsune-like dragon is Kuunavang, that veterans of GW1 (Factions) might recognize. The crystal dragon that appears is Aurene, but if you haven’t played Heart of Thorns and the living story that followed, you wouldn’t know that. The “green shit” also comes from GW1; in factions, a cataclysmic event turned the sea into jade (among other effects), but this magical jade has special properties that apparently powered up a totally new kind of technology in Cantha in the interval between GW1 and GW2. And the expansion, storywise, is the end of the “dragon saga” that started in GW2 base and went through the other expansions and living story chapters.

Right, my point is they’re talking only to people who’ve actively played GW2 for years. You’re gonna buy the expansion regardless. They should be thinking about people like me.

Because I’m in the same boat, and it’s players like me who might buy gems in the gem store to catch up any Living World episodes, etc.

I still have the game installed and logged-in every single time they released a new episode over the past couple of years, even though I haven’t actually played the game since, like, 2017.

I also faithfully copy every single Borderlands 3 code from the notification twitter account and paste it in for golden keys, and I haven’t played BL3 since a couple weeks after release. 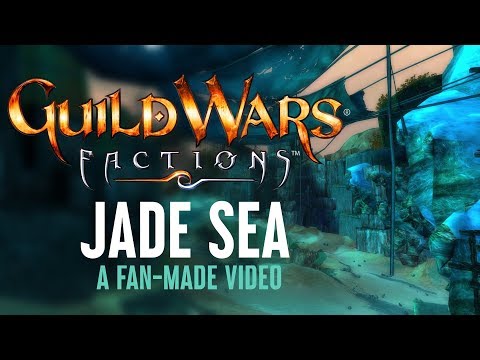 I still have the game installed and logged-in every single time they released a new episode over the past couple of years, even though I haven’t actually played the game since, like, 2017.

Haha, that is some dedication, stusser.

Right, my point is they’re talking only to people who’ve actively played GW2 for years. You’re gonna buy the expansion regardless. They should be thinking about people like me.

I don’t know…if they’re talking about the story, then why wouldn’t they be talking to people who’ve already been following the story?? I wouldn’t watch a Fast 9 trailer and say, “Who are these characters?? I haven’t seen any of the other movies. They should explain who everyone is.”

Fast 9 is an action movie. I’m sure the trailers for it show lots of action, thus enticing action fans to see it. Fans of the franchise will see characters they recognize and be excited.

I’ve played GW2 off and on since release, usually coming back for each expansion. That trailer was terrible as a marketing device. It told me fuck all about the expansion or why I should be interested in it. I saw a dragon and some bubbles and a voiceover from someone I don’t recognize. I guess there were people on a boat fishing, so there’s that?

I think for a while I was hoping they’d do something to make the combat deeper/more interesting and less of a low tier action game, but it’s not like they’re going to revamp things after ten years or whatever it’s been.

Fast 9 is an action movie. I’m sure the trailers for it show lots of action, thus enticing action fans to see it. Fans of the franchise will see characters they recognize and be excited.

This is specifically a cinematic teaser, so it’s only covering the story. It’s the game equivalent of a movie teaser trailer like this one for Avengers: Age of Ultron:

That’s what this End of Dragons teaser is: just a teaser of the story for the new game, meant for people who have been following the story in GW2 or would recognize the environments from GW1. As the game gets closer to release, I’m sure they will have trailers that specifically list out all of the new game features, the new specializations, guild halls, new enemies, all of that. But those elements are probably still being finalized, so they can’t announce them yet.

tl;dr: This is just a story teaser. Full trailers will come later.

If it helps, you’re not alone!