Joseph Kosinski, hot off Top Gun, somehow thought he could wade around in absurdity with Chris Hemsworth and Miles Teller. The results are, indeed, absurd. But not in the intended way.

Ouch. Just ouch. Never before have the words “by George Saunders” been so painful to see.

Oh darn. I was looking forward to seeing Jurnee Smollet in this.

I was looking forward to Jurnee, and Hemsworth, and Teller! And I like(d) everything I’d seen from Kosinski!

But this was just dumb. Boring. Uninteresting in every way.

Rotten Tomatoes managed to steer me clear of this one.

What did you like? There were a few, and I really mean only a few lines I remember chuckling at. Otherwise it was good performers with nothing of substance to perform, and what felt like a rough draft of a short story for a plot. Everything was exactly as obvious as it looked immediately. There were no twists, nothing subversive, nothing clever to any of this.

Spoilers if anyone’s about to argue there was a twist:

You could argue the B-I forget the number drug was intended to be a twist at the end, but it had literally no meaningful effect on anyones actions. It was—I guess—supposed to be a shock that what was being tested was a drug to make people obey. Except all the inmates were being manipulated into cooperation by the threat of return to normal incarceration, and in the climax when both main characters tried to control each other directly by the B drug they both overcame its effects because they really didn’t want to do what they were being told to do. OBDX was a mind control drug that we’re told (not shown) was making people do things the script gave them plausible justification to do anyway, and when faced with things they really didn’t want to do, the OBDX didn’t overpower their will. Not much of a twist. Nothing of consequence changes in the script if there was no OBDX, if it was just all the other questionable testing of sci-fi drugs with sinister potential on coerced prisoners. No wait, is the twist that Miles Teller got drunk and killed two people instead of one? Or is the twist that Jurnee killed her baby? The movie kept throwing revelations like this at us that did and meant nothing.

it was good performers

Maybe this was it. It was a fun movie to watch.

So this isn’t some kind of Cronenberg-esque body horror? I can’t remember the last time I felt so let down by a movie’s title!

Damn, I really liked the first half too, but I need to take a break.

…as expected, it seems to do better on prose

“I was sad that love could feel so real and the next minute be gone, and all because of something Abnesti was doing.”

George Saunders is a heartbreakingly good writer. He deserves better than Spiderhead. Just pick up any one of his anthologies. It will probably be this and you won’t have gone wrong:

I’m sure some Saunders fans prefer his later stuff, but one of the stories in this anthology – Offloading for Mrs. Schwartz – is probably my favorite thing he’s written.

BTW, there’s a movie called Dual with Karen Gillen and Aaron Paul. It nails the hi-tech dystopian absurdist tone that Spiderhead was attempting: 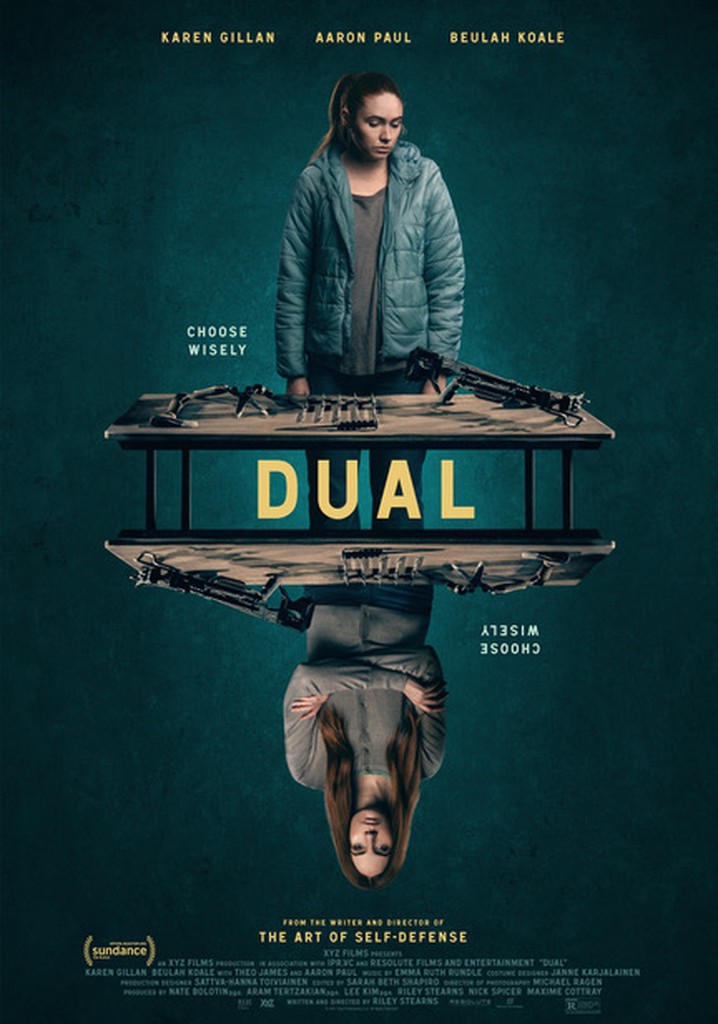 Where is Dual streaming? Find out where to watch online amongst 45+ services including Netflix, Hulu, Prime Video.

I love watching Gillen in comedies, and as you’ll see from Dual, she’s perfect for stuff like Spiderhead. She totally gets deadpan unironic delivery, whereas Hemsworth is only ever playing a grinning twinkle-eyed Thor, and who can say what Miles Teller is ever doing. But unlike anything in Spiderhead, Gillen and Aaron Paul totally click in Dual. One of my favorite things in any movie I’ve seen this year is Gillen and Paul doing their “alternative payment for services rendered”. You will not soon forget the scene. You’ll know what I’m talking about when you see it.

Another sci-fi tech dystopia movie I really liked is called Lapsis, which also manages absurdism much better than Spiderhead, but nobody famous is in it, so no matter how much I recommend it, none of y’all are probably going to watch it: 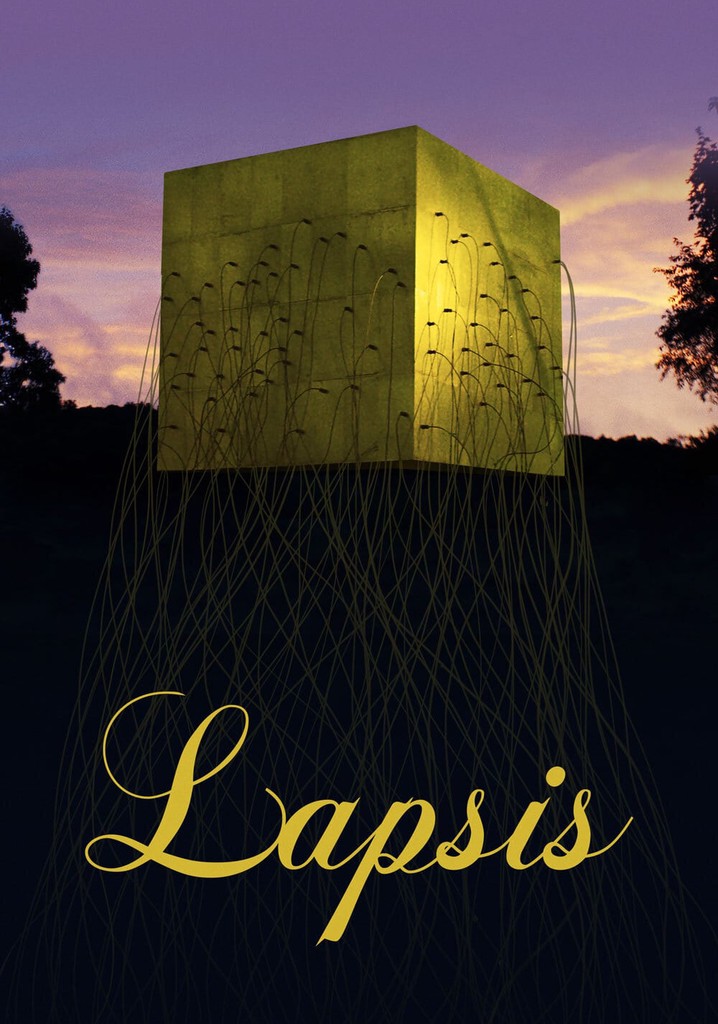 Where is Lapsis streaming? Find out where to watch online amongst 45+ services including Netflix, Hulu, Prime Video.

But if you saw either of those instead of Spiderhead, well…you’ve made better life choices than me.

I’d never heard of him before, but I picked up Lincoln in the Bardo from my father and had this to say about it in the book thread:

Lincoln in the Bardo by George Saunders is undoubtedly the “best” book of the bunch (Booker Prize winner! I didn’t know they gave that to Americans). Reading about it after the fact, everyone seems to have been blown away by how “experimental” it was, but honestly, it wasn’t that weird. It was written kind of like a play, with multiple voices going back and forth, and some of the chapters were the author’s characters, and some of the chapters were excerpts from historical sources laid out as if they were lines in a play. (I think the historical sources were real, in that I recognized some of the books (e.g. A Team of Rivals ), but they could have been fictional, too.) Once I paused to work out what was going on (after the first ten pages), it didn’t feel like I was reading an experimental novel, just a good one.

It really made me reflect on life and death, and what regrets we’re carrying with us or leaving behind. It was a tough read–not because of literary obscurity or anything like that, but because there’s a lot of sadness, as it’s focused around the death of a child. Still, I found it hopeful in the end.

I strongly recommend it, especially to anyone who’s big-L Literature Curious, but maybe has been intimidated by (or lacking patience for) the other favorites of the literati. You don’t need an English degree or anything (though I’m sure there’s plenty of stuff I missed), and it’s not too hard to make sense of (on a basic level, at least). I really thought it would be overly pretentious (especially as the author bio lists him as one of Time’s 100 most influential people, ugh), but it absolutely wasn’t. It was just good.

So I’ll put CivilWarLand in Bad Decline next on my list, for sure.

Lincoln in the Bardo

I started reading Lincoln in the Bardo when it came out, but the due date came and I hadn’t made much progress, so it went unread back to the library. But since then, I’ve read – and absolutely adored – Team of Rivals, and I’m about to abandon a book about reincarnation by the Red/Green Mars author, where the characters keep meeting up in the bardo between chapters! I think that, along with my recent Spiderhead ordeal, is the universe’s signal for me to get back to Lincoln in the Bardo.

Thanks for the reminder, @ooomalley!

I haven’t seen (or even heard of) Lapsis, but you gotta appreciate a movie that is it’s own opsis title.

I found that it moved pretty fast once I figured out what was going on. Though, according to what everyone’s saying, it’s an “experimental” work so maybe if it doesn’t grab you then that just means it’s pretty different from the rest of his stuff. But I wouldn’t really know!

Honestly, I had to triple check that it was the same George Saunders in this thread, given what you all are saying about the movie…

Saunders is really freaking cool; he goes from (satirically?) describing a Civil War theme park… dropping the word “superfantastic” more suavely than Orwell, to illuminating the inner life of ghosts. He may be a new favorite (thanks, @tomchick!)

Saunders is really freaking cool; he goes from (satirically?) describing a Civil War theme park… dropping the word “superfantastic” more suavely than Orwell, to illuminating the inner life of ghosts. He may be a new favorite (thanks, @tomchick!)

You have so many treats ahead of you!

If you get to it, let me know your thoughts on Offloading for Mrs. Schwartz. As speculative sci-fi, it’s basically a trope by now. But I remember it hitting me really hard when I first read it, and you can see echoes of it in the structure for Spiderhead (i.e. the reveal at the end about Miles Teller’s character’s guilt).

So I accidentally (honestly) watched this “movie,” because it appeared on some allegedly-worthwhile-on-Netflix list. What’s maybe worse is that I’d even read this thread and still watched it anyways (because I forgot about this thread).

This movie was so bad you guys!

It kind-of looks good in an imitation Bond-meets-Miami-Vice way. The silly yacht rock is vaguely humorous (though it creates a tonal mess against the rest of the film). And Jurnee is admittedly adorable and also not terrible in the way that the other actor mostly are.

But absolutely everything else is dumpster fire terrible. Minimal world building. No suspense or drama. Nearly plot-less and with campy-ass acting from people who should know better. The razor-thin plotting maybe makes a tiny bit of sense since it came from a short story. But it’s also clear that every expense was saved on doing any further script work to usefully expand that nugget of an idea into an actual movie.

Little wonder that Netflix are in a hole if they are throwing wads of cash at worthless crap like this!

I watched this. I need new glasses and prefer semi-frameless. I like the look of the glasses Hemsworth was wearing, so asked my wife if she liked them.

She said I couldn’t pull that look off.

Thor is pretty. Much too pretty to be credible as someone who cares about anything but himself & the way he looks here. Maybe that’s a satirical counterpoint that the writers were looking for, but IMHO it doesn’t work.

The silly yacht rock is vaguely humorous (though it creates a tonal mess against the rest of the film).

Well put! Remember Deus Ex? Because Joseph Kosinski sure does!