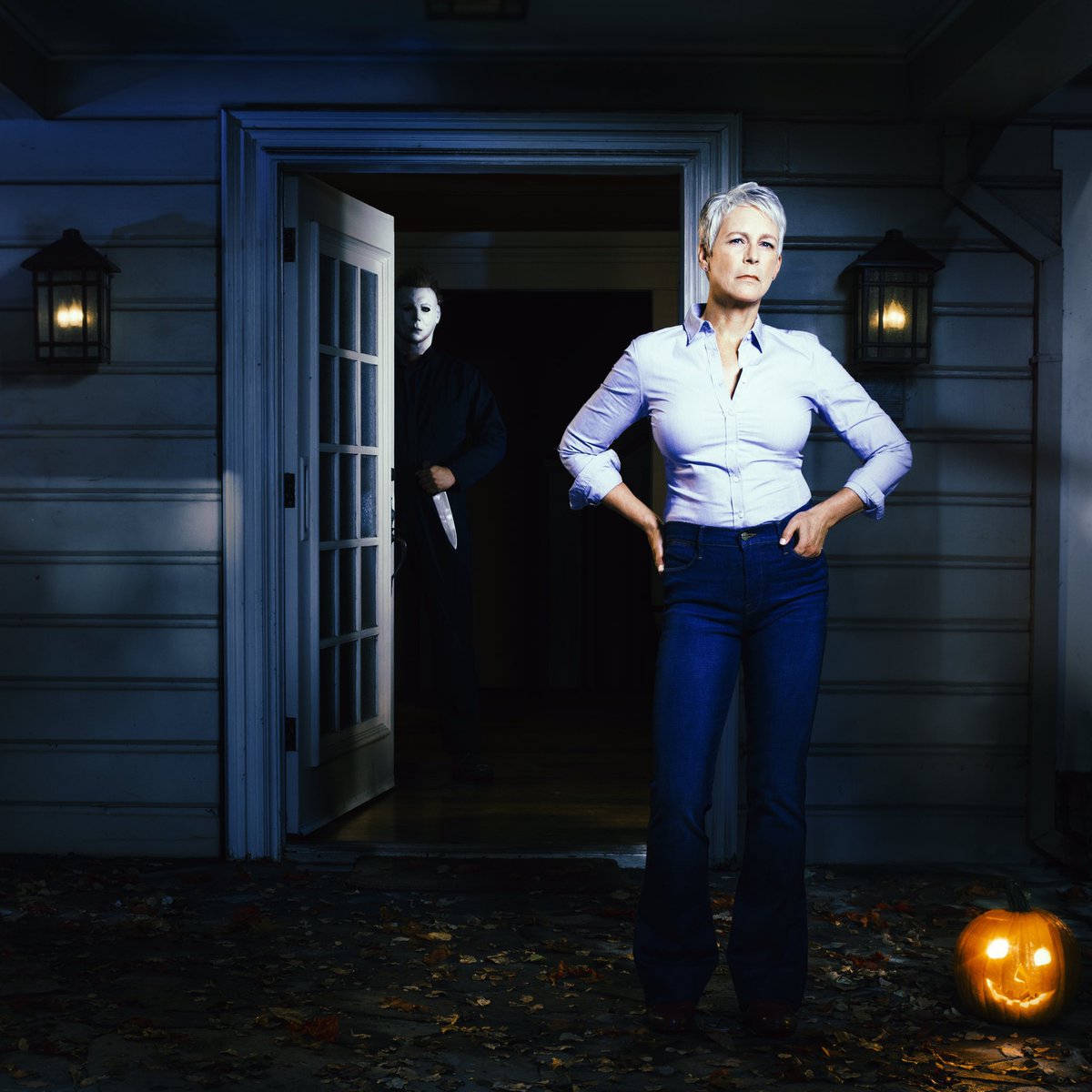 I’ll watch it as I have seen most of the others, but this is my least favorite horror franchise. I much prefer Friday the 13th and Nightmare on Elm Street franchises.

Is horror kind of Danny McBride’s new thing? I mean, between this and the latest Alien flick. Or are there others I’m just not aware of?

The problem for me is that the Halloween series has been so wildly inconsistent. Unlike the Nightmare on Elm Street or Friday the 13th movies, Halloween has bounced from producer to producer with reboots and vastly different story arcs. The whole 4th and 5th movie jags into druid mythology. All that oddness.

Slashers in general are my least favorite horror sub genre, just slightly below demon possession. But the first Halloween gets a lot of respect for the way it was put together even if it didn’t really tickle my scary bone.

And I guess we don’t even talk about Season of the Witch, huh?

Actually, I love Season of the Witch! It’s one of my favorite guilty pleasure movies!

It’s a terrible Halloween movie though. Well, if they’d actually gone with Carpenter’s suggestion to make the series an anthology and have each movie be a completely different thing linked only by the holiday, it could’ve been cool. As it is now, it’s just a weird orphan movie.

Buh? Other than the first one, Season of the Witch is the best one!

Hey, I’m not arguing, just that the going opinion about Season of the Witch is not too favorable. I like it ok, but mainly because I love Tom Atkins. Specifically that a guy like Tom Atkins can become a leading man, even if it’s mostly in b-movies.

Side note; I just had one of those oh crap moments, realized I hadn’t seen him in anything in a while. But IMDb says he’s still kicking, 81 years old.

This isn’t from the new movie, but it’s still pretty damn cool.

Speaking of Blumhouse, Jason Blum did a pretty interesting 90 minutes with Bill Simmons a few days ago. 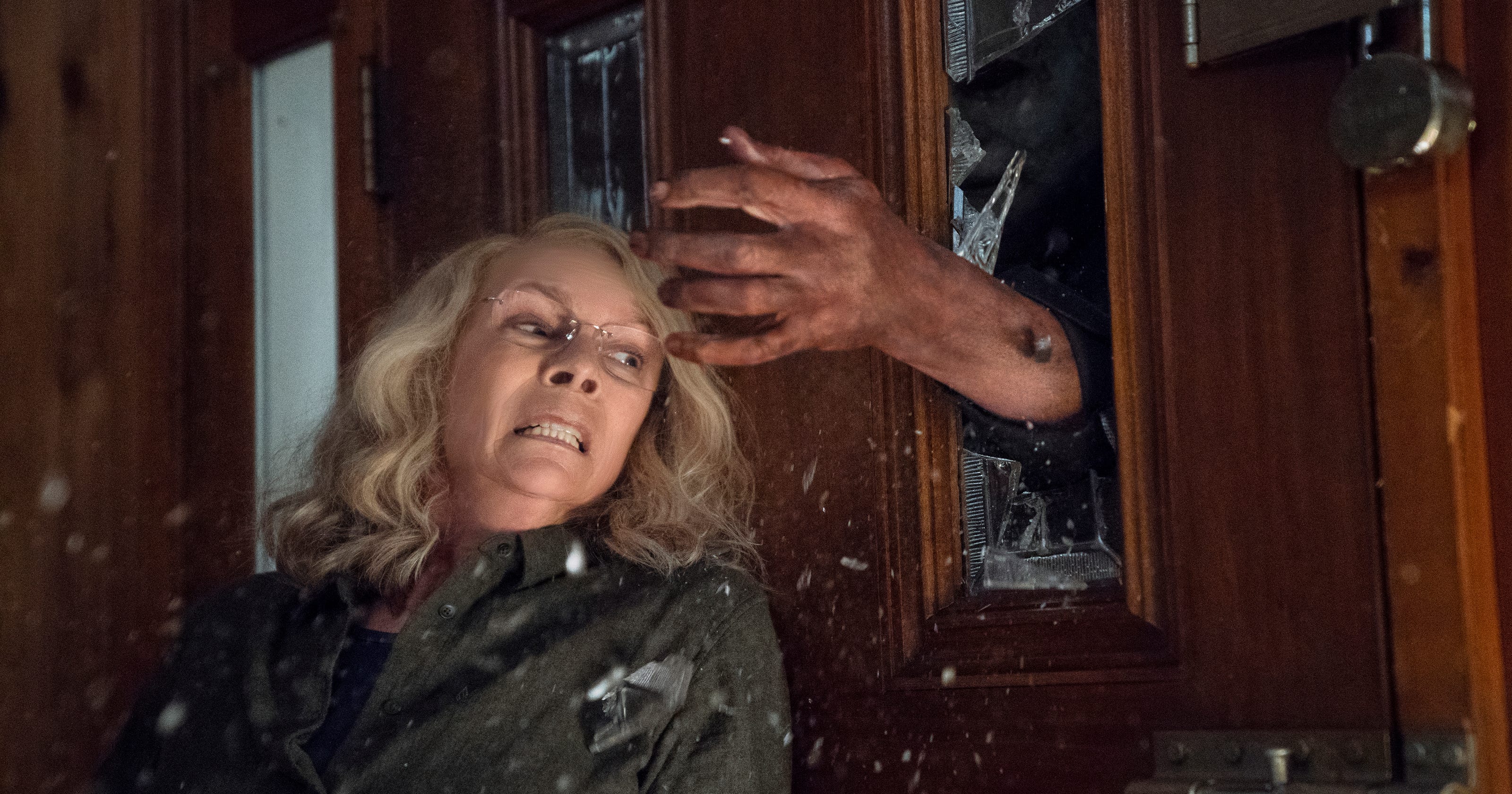 Jamie Lee Curtis returns to her horror roots in a new 'Halloween' movie, which essentially throws out decades of sequels for a fresh mythology and the return of Michael Myers.

If I get to watch Jamie Lee Curtis kick the ever loving shit out of Michael Meyers again it’s probably worth. Guessing it won’t go cleanly down that road (if at all), but a guy can dream. I do like her “Imma medieval on his ass”" approach to being a grandma though.

I’m totally in the tank for this.

Why see the movie when you can watch John Carpenter attempt to play the Halloween theme on a Labo?

Well, that was certainly a Halloween movie, for good or ill. I would place it third; tied with H20 (with the first and second occupying, naturally, first and second position on my personal ranking).

I thought it had some really strong Michael moments; the rest of the narrative, however, was really disjointed. It had a definite feel of competing agendas by a lot of cooks in the kitchen for the reboot. There must’ve been like twenty versions of the script, all fighting to get out at different points in the movie. There either exists a three hour supercut, or they stitched this thing together from a bunch of junk to somehow make it work.

I need to write in to the podcast but yeah, I tend to agree — I’ll be interested to see deleted scenes and whatnot. There were certainly a couple of WTF moments.