Prices of hard drives have surged in China on online platforms and in offline markets.

My friends have already started burning their SSD lifespan up “farming” their “plots” for this greenwashed abomination.

Mankind is way too greedy and stupid. I wonder how we ever managed to survive for so long.

By being marginally less dumb than all the other dumb animals. 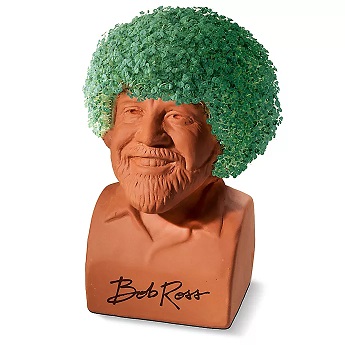 It’s the age-old lure of something for nothing, the perpetual motion machine translated into economics. But as we all know, TANSTAAFL.

Arghhh this is so irritating!

The green washing is really irritating.

I’m not sure how this one works, but there’s one called filecoin where clients pay to have storage space and the files they upload are then distributed through the decentralized file sharing network. It isn’t like bitcoin mining where the computational resources are used for nothing. I would have thought this would have a neutral effect on prices of hard disk storage, because any increase in utilisation of storage inside the filecoin network would be offset by a reduction of usage in traditional data centres.

By being marginally less dumb than all the other dumb animals.

No, we invested too heavily in brain size and arrogance at the cost of other survival traits, and now look at us. Being smart is overrated (I tell this to my wife every time I do something stupid).

Don’t know what the point is as you need increasingly large amount of HD space for a chance. Looks like amateurs started 2 weeks ago with under 200TB as “small time.”

It’s hilarious too, because I looked into doing this with some of my free hard drive space last week.

First of all trying to claim it as a green and environmentally friendly crypto is laughable as creating a single “plot” (which only consists of 101GB “farm”) takes a ton of CPU power and burns up SSDs (lots of SSDs on their list have an best case plot count of 100-300 before your SSD will fail). It will easily use all your CPU power to create that, and it takes a lot of time (~9 hours or so on a fast ssd) to create a single plot.

But even then if you look it up even 10TB you won’t barely have enough to have a chance to win a coin block because of how fast the network is expanding. So you need thousands of plots in order to have a fighting chance, which will use so much CPU cycles, power, and SSDs that will soon be dead.

Is there a good article for dummies about how this works?

I totally understand doing big calculations with graphic cards and whatever, but hard drive space, huh.

Is there a good article for dummies about how this works?

Pretty simple, moisten and spread the seeds, add water to the terra cotta container, and give it time to grow. :)

Unlike Bitcoin, there’s no hard cap on number of coins so the amount of space you need will grow exponentially so you’ll need petabytes at some point for a random chance at a strike.

Also shit like this now exists , specifically for Chia farming.

Need a motherboard with 32 SATA ports for cryptocurrency mining? Onda has the very thing.

Probably just coincidence that this link is alongside ExtremeTech’s article about glacial cap melting accelerating.

You could always play this instead:

I dunno. Part of me would rather watch @tomchick play HuniePop 2.