Announced at Gamescom, this is coming to Xbox (and Game Pass) on September 20. 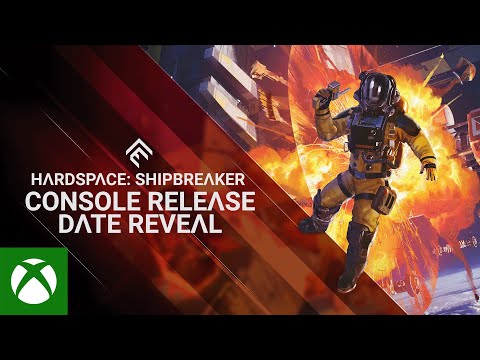 Hell yeah. Been waiting for this.

Can I get some DLC please? New ships would be enough for me. A new salvage tool would be amazing, but could ruin balance for earlier ships.

Or, call me when it goes on Game Pass! Which it just did, PC and Xbox.

Looking forward to checking it out at no extra cost!

Anyone else having trouble with the game freezing pretty quickly after launch? I wanted to get back into this for a bit of relaxing fun and maybe pick up the new achievements, but it’s freezing up consistently before I can get past the startup screen to create a new character. :(

Been playing this the last couple of days - and I’m really enjoying it! It’s much more fun than I thought it would be, way back when trailers were popping up. I didn’t really appreciate that each ship would kind of be its own puzzle, with different ways to take apart but generally with an optimum plan, I suppose, to max the salvage and return for you. I like learning the new tools and skills that are coming on as I level up, and it’s satisfying seeing my outstanding debt slowly creep downward. I also enjoy the dark humor in the game, with the opening bit about harvesting your DNA should any harm befall you during salvage operations and, oh yeah, DNA harvesting will also destroy the original body (as you die screaming).

I’m going to keep posting some impressions here, even though I know most folk have long gotten their fill of the game and uninstalled. Playing on Xbox Game Pass, by the way, and still having a lot of fun. I’m really enjoying the progression, both in terms of gameplay elements like adding danger and then giving you options of handling it, and also adding new options to buy and just generally paying down your debt. It’s kind of odd how satisfying that can be.

I guess with many games there’s that little meta-satisfaction of seeing numbers going up and down, but this also has that ‘16 Tons’ element of being a wage slave and so little power. Now I’ve gotten to a point where management has put some kind of middle-manager guy in place, who seems to only exist to spout company lines and platitudes at us while we’re working. It’s slightly infuriating, as it was no doubt intended to be. But my supervisor just gifted me a ship! Which kind of blew my mind but also, just for a second, introduced this flight of fancy - I imagined what if: I could fix that ship up, blast off to points unknown and then just start this whole other game? You could wander the galaxy finding new stuff, getting into adventures, maybe meeting aliens and things like that! Which I mean, you don’t need to tell me how patently ludicrous the idea is, that they’d hide a whole other game behind this game. But it was fun to dream.

I keep finding little incidental items that amuse me, mainly new ways to damage myself. I’ve burned up in the incinerator and been crushed by the other collector thing. I haven’t fallen into the barge yet, but I’m guessing I would wind up for sale in some secondhand shop on Venus or something. Last night I was grabbing stuff out of the crew area of a ship, and yanked a chest at myself so hard I damaged my helmet and started hearing music. And then I did it again, but bopped myself so hard I cracked my helmet and asphyxiated. There’s a lot to do here!

I like that the game even has some kind of seasonal appropriate content with the “ghost” ships. It was creepy wandering around in an empty ship (not like the normal empty ships, no not at all). The AIs were toying with me, and I found it spooky to find them opening and closing the airlock intermittently. Then it got kind of annoying when they pretty much wouldn’t stop. Though one time they did manage to trap me in the airlock for a minute or so.

My method for making sure the Ghost AI can’t mess with me. 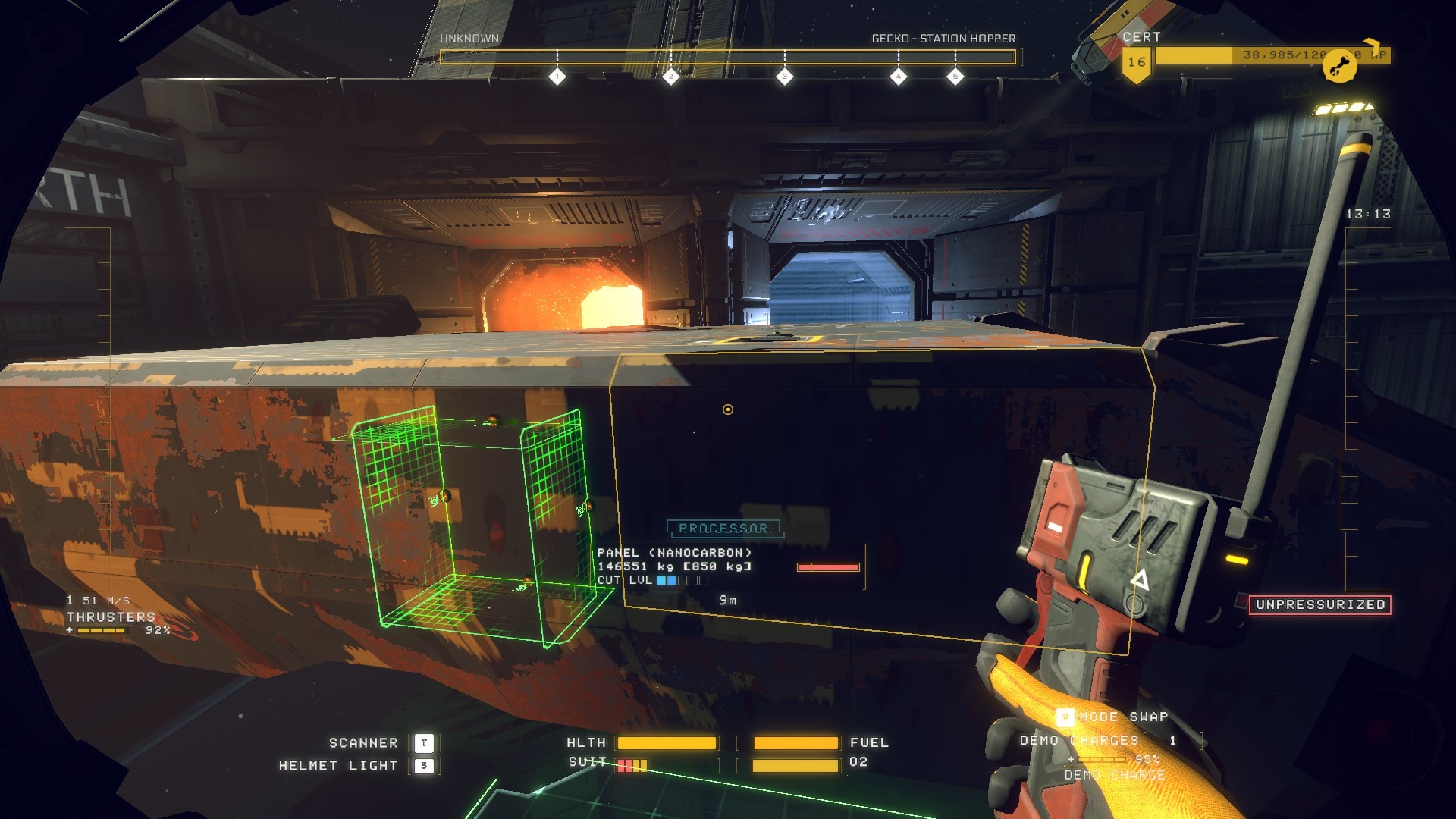 Don’t worry, HAL, I brought my own door.

Hey, so did this game start off a new genre, kind of?

I noticed one of the steam next fest demos available is this thing:

Demo available now for a short time. It’s like Shipbreaker, but for real ships, instead of space ships.

That game popped up on my Discovery Queue a couple of days ago and I was intrigued by it. There is (obviously) a Ship Graveyard Simulator (1) which is available now, so hopefully they’ve been able to iterate on the formula.