I download NSB now, I’m actually looking forward to the tank design quite a bit. How they handle production efficiency is one of my concerns. It wasn’t an issue in the ship designer. I don’t expect the AI do to a competent job,but with the auto design function maybe it will be adequate. Although, I agree with Kevin that Sword of the stars was the last game where it had a huge impact. The mods in planetfall were also important but that was different

I honestly ready to move on from HOI IV. But in the weird position, thanks Covid, off working of my backlog. New world was bust for me, Old world is now my I’m bored I need a strategy game fix.

But there is really no game I’m dying to play, so I’m going to enjoy NSB (hopefully) until some shining new things distracts me.

It’s because its a fucking classic, and perhaps the most fun strategy game I’ve ever owned.
Damn Germans, you shall be peace loving and you WILL love democracy.

Yet we shall conquer. 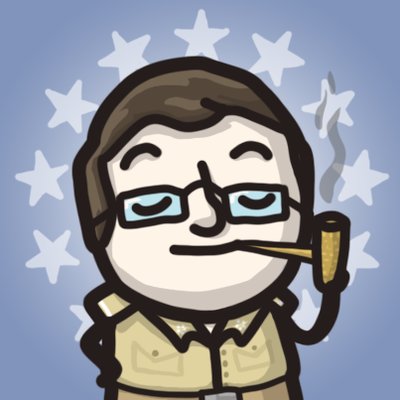 @podcat_paradox
we are quite close to break a stellaris record internally with NSB sales. @Arheo_ has promised to shave his head if this happens so come help!
KevinC November 24, 2021, 1:44pm #2288

I’ve played as the soviets for about an hour and a half. I like the new focus tree and I’m still trying to get a handle on logistics.

I was surprised by an early event that fired for me. When I booted up the game, I noticed that Turkey had a demilitarized zone around the Bosporus. In Summer 1936 Attaturk moved troops there which allowed me to threaten them to get out. He didn’t and I ended up in a war with them and Romania. I’m doing okay since the USSR starts off with such a large army, but I’m having supply issues that I need to learn more about (for example, I’m learning not to flood an area with divisions since that simply compounds the supply problem). At the same time I’m making my way through the focus tree trying to avoid the Great Purge until I manage to peace out. Should I take Turkey and Romania or just puppet them? I’m thinking puppets might be better but I’m not sure.

I’m into early 37 as Germany, no civil war yet. I looked at reddit forum that does seem promising.

The paradox forums are less positive if that’s because of actual problems or just more whining on the PDX forums, IDK. There are definitely bugs, and I think everyone is confused about supply, ala Shadow Empire.

In resources, production time or both?

Production. For instance, the starting German panzer II, is 10 Production points. Add a machine gun, wet ammo storage and a few points of engine and armor it moves up 12. This is roughly the equivalent of adding 2 points of gun 3 points of reliability, 1 point of the engine, to a basic light tank II. Compared to the production cost of 8 in the base game.

In the base game if you spent lots of experience points you got a better tank. Now you have to spend a modest amount of experience point, to get a better tank but it requires more production points.
I suspect the Russian may be smart just to build a shit ton of Artillery and Anti-tank guns, and not worry about tanks until after the war has started.

The big sink for experience points is the doctrines, they require 100 XP per. However, you can have 2 or even 3 advisors that give you XP, and theorist that reduces the cost of doctrines by 15%

Resources is a bit more complicated. It appears tanks need less steel, but more chromium, the same or less tungsten.

I’m getting ready to dive in and see how it goes.

Hopefully my very few mods will work, if I can even remember what they did anyway.

I had to delete all of mine the only important one was Expert AI. No idea when it will be modified.

Supply is really a bear now.

I’m pretty frustrated with the game now. I posted on the PDX forums, they need to update the Wiki on supply.

Why in the hell don’t developers, assign someone to update the wiki’s as part of the release process?

I’m fumbling my way through the game as the USSR. Fortunately for me, the AI likes to bring about civil wars in most nations… Germany, Finland, Poland, Spain (lol), Greece, Yugoslavia, Japan, and even Latvia had a civil war. UK flipped to fascist on their own. I was able to puppet Romania and Turkey in 1936, and I just gobbled up Manchukuo since I had a way to DOW when Japan had their civil war. Now the world is in a weird situation where the allies (German Empire, fascist UK, Poland and Italy) are the allies, and France and the US formed a coalition against Italy. I was gonna pounce on France since I was able to puppet Spain after the civil war, but now I’m going to go after Poland/Germany/UK since I need to rid the world of fascism. Fun so far but too many civil wars.

Thought this was good to know as I get ready to dive in this weekend.

@Arheo_
If you are struggling to supply your armies in #NoStepBack, then you are experiencing the system as it was intended. We're working a bit on making it clearer, but low supply is now fully intended to be a standard part of the HoI experience.
Strollen November 25, 2021, 6:49pm #2297

The games on hold for me until they patch. Just way too many bugs. First they screw up Surviving Mars, and now this. Fortunately, unlike Surviving Mars, I can revert to an older version of the game.

That’s usually my approach when it comes to a major expansion, wait for a hotfix or two. Reading the subreddit I didn’t get the impression it was too buggy but I wasn’t looking that closely. What sorts of bugs are you running into? I can tolerate some kinds more than others.

It’s 81% / Very Positive on Steam so was hoping it wasn’t too rough.

I think this thread is a good summary of the supply issues.Smoke and Mirrors supply system (No step back) | Page 8 | Paradox Interactive Forums
Harbors, and Air transport Overpowered
Hubs much too expensive
Overall system is very confusing. Shadow Empire supply had better documentation!
Lots of armies are in low supply at the start of the game.
The game wants you to spread your troops out evenly but of course the front system concentrates them at the point of attack. Result a supply fubar that requires microing to fix.
Logical things like following the railroads don’t work

Not wanting to plan rivet transportation, it seems alright, with some future rebalance.

Is there some text-based explanation of the detailed math of the supply system? I’m looking for things like why only 3 supply is getting delivered to Leningrad (and thus starving divisions) when the tooltip says that the railroad can deliver 35 supply.

Is there some text-based explanation of the detailed math of the supply system? I’m looking for things like why only 3 supply is getting delivered to Leningrad (and thus starving divisions) when the tooltip says that the railroad can deliver 35 supply.

NO.
I got a half-hearted promise to write something up.

My go-to source for information about this game all Paradox games is the Wiki. Right now the Wiki says noting about Railroads, supply hubs, horse vs trucks.
May I suggest you guys assign someone to update the wiki ASAP. I’d like to see an overview, a detailed explanation, and finally a strategy guide.
How to fix supply problems. Along with the malus comparison I previously asked for.

As a rule of thumb, don’t worry too much unless you have divisions that have a red exclamation mark next to a red low-supply icon.

We don’t usually update wikis ourselves (these are community curated), but I’ll see if I can get some exact info put down somewhere.

As of today, I see nothing new either on the wiki or a sticky post on the forum.

Thanks. “Don’t worry too much” isn’t much of a replacement for explaining critical game mechanics.