Heia Safari! Germany goes to WWI Africa in the latest release from SGS.

Heia Safari! is a game on the campaign in German East Africa during World War I. It will be coming out on Steam on November 25.

You can play immediately by purchasing directly from SGS. The game has a campaign game and four campaigns which start in 1915, 1916, 1917 and 1918 and run to the end of the War. I have been playing the game for a few weeks and am greatly enjoying it. It has good period feel and the game captures well the asymmetric nature of the conflict with lumbering large Allied forces chasing the German forces, made up almost entirely of native askaris, who wage an effective campaign of raids, cutting Allied supply lines, and overpowering Allied garrisons.

Colonel Paul Emil von Lettow-Vorbeck with a force of about 14,000, three-quarters askaris, kept in check Allied forces ultimately totaling 300,000, the only unbeaten German commander by the end of the War, and the game well simulates this very unusual WW I campaign. (Deeply politically reactionary, von Lettow-Vorbeck had nothing but scorn for them when the Nazis came to power. Hitler asked him to serve as ambassador to the UK. Vorbeck purportedly told him to do something anatomically impossible in response. One of his sons who was present later said that his father had not been that polite to Hitler. His allied opponents in World War I funded a pension for him after World War II when von Lettow-Vorbeck was living in poverty.)

I am always on the lookout for strategic games that play well, give a good historical feel, and cover a fresh topic. This game meets all three of these requirements. Highly recommended. 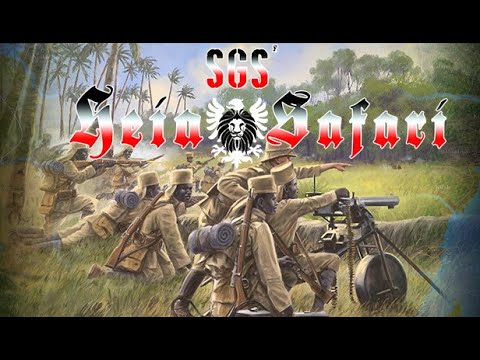 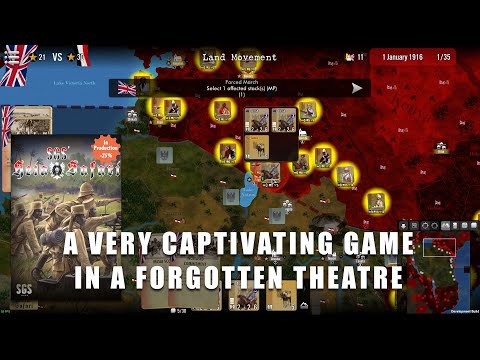 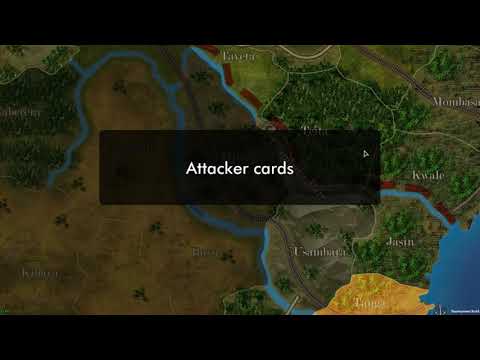 Well, I had no idea Germany fought in Africa in WW1!

I think the only other game that does WW1 Africa is the Breakthrough expansion to the old Strategic Command.

@Don60420, I’m assuming you’ve played some of SGS’s other games? How well does Winter War, their first game, hold up? Are the later games set in North Africa, Mexico, and East Africa more “mature” designs, or are they mostly all on the same level?

Also, how well does their system – it looks like straightforward army management with relatively simple card-based events – adapt to such different settings? Does it feel forced that they’re using the same basic game engine and ruleset for such a range of conflicts?

Tom, I have all the other games. Constant polishing is being done with all the games. Improvements in the latest games are applied to the earlier games.

The basic system is straight forward with the cards giving a fair amount of variety. To me the historical flavor is strong with the games playing differently, especially as the polishing of each game goes on. I would note that Philippe Thibault, the man behind SGS, is very responsive to suggestions.

Philippe Thibault, the man behind SGS

I knew that engine looked familiar. Thibault was the main guy at Ageod.

Yeah. He was also the board game designer for the original Europa Universals.

Thibault was the main guy at Ageod.

Ah, that explains so much! Glad you made that connection, @Sonoftgb.

Yeah. He was also the board game designer for the original Europa Universals.

Whoa. And here I figured SGS was just some Euro wargaming Johnny-come-lately.

Definitely has the AGEOD game look. Thanks for posting the thread, I’m interested.

Well, I had no idea Germany fought in Africa in WW1!

Then you might be shocked to learn that they also fought in the Pacific! It’s not discussed as much as Britain’s or France’s, but Imperial Germany had a colonial empire too, which was horrific even by colonial empire standards.

My problem (and it really is MY problem) is that I grew to really dislike the AGE engine.

It isn’t the AGE engine. It is a development of the engine used in Avalon Digital’s Wars Across the World.

I took a gander at their site and there are a LOT of games in development with this engine, some on pretty interesting (to me) topics. Not sure I want to take the plunge right now though, with the new Decisive Campaigns game releasing Thursday.

The game is being released today in a few hours. What is Thanksgiving after all without German East Africa? 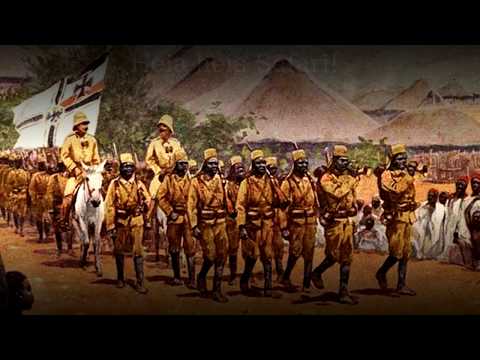 This understudied theater of The Great War looks eminently suited to the SGS methodology.

Some good reads on the topic if you’re interested in digging deeper: 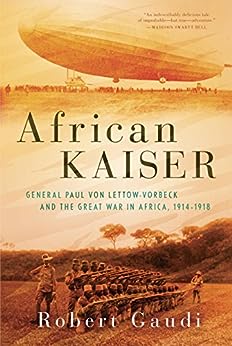 Have just been messing around with this, and it’s pretty interesting. They have several tutorial videos explaining the UI, movement, economics, combat etc, which were helpful, but still a lot to digest. I really like the map, and the art in general.

Pretty interesting overview of the campaign scenario by the designer here.

Also known as the game’s documentation. :) They have one of those for each scenario.