As I’ve said before, we bought two NZXT Bld boxes a couple of years ago, and they have been excellent. Build quality was hands-down better than what I could do myself, and better than even the Digital Storm box I had before that (though the DS machine is still going strong and is also very nicely constructed).

I like NZXT BLD in that they let you pick your components, albeit from a very limited list. I didn’t like that they only had 3200Mhz RAM.

Their stock changes almost daily. They only sell whats on the shelf so no shipping delays. Check back often. 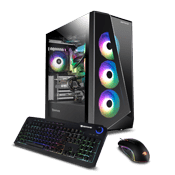 Completely bizzare form factor there. I guess if you don’t want a normal tower?

For a more traditional (but highly compact) form factor, I’ve really liked MSI’s Trident series. I got one right at the beginning of the pandemic, when I knew I would be spending a lot more time on it, and I recently had to replace it after some power outage related damage. You can get up to a GeForce 3060 in the smallest form factor, or they also put 3080s in a slightly larger form factor, but it’s still smaller than something like an Alienware. Both of my Tridents (GeForce 1660 & 3060) have been pretty quiet, which is also a consideration.

For reference, the smaller Tridents are about the same size as the small Dell Optiplex towers you could find on ebay for ~$100-200, which is what I use for dedicated streaming.

@tomchick this is the thread you want, just make sure to mention you already have a GPU.

So I have a pretty bitchin’ videocard. It’s an RTX3070. And it’s been slumming it in my computer from 2014 for far too long. In fact, the videocard is actively trying to murder the rest of my computer: my venerable Intel i7-4790 is hitting the limits for CPU loads and the cores’ temperatures are getting silly hot, to the point that it was causing shutdowns. Replacing the thermal paste has bought me some time, but the writing is on the wall: This isn’t enough computer for this much videocard!

So I need a new rig, not including GPU. My current computer was from Maingear, but I don’t have any particular allegiance to shopping with them. @mono found a seller local to me with a variety of options. I’ve reached out to him, but haven’t heard back yet. He seems to have access to an insane number of barebones systems that I can’t really make heads nor tails of. I’m left comparing various CPU and motherboards, which mean bupkis to me.

I just want something fast and capable of keeping cool after I drop in my RTX3070. I’m okay with paying more for something that will hopefully last another eight years. Although I wouldn’t mind saving a few bucks on some quick n’ dirty exchange with someone local, I’d be more comfortable buying from an established online outlet.

So can you guys point me to someplace good for a pre-built system into which I can drop my GPU and hard drives? And more importantly, can someone just tell me the best CPU to get these days that doesn’t cost sillymoney? Mobo recommendations would also be welcome.

Not sure how far you are away from City of Industry, but that’s where NZXT is located. I bought my last pre-built from them and it’s been fantastic.

It looks like they have a rig for sale sans GPU for $799, but I don’t know if your 3070 will fit. I’ll bet some of the Big Brains of QT3 can chime in with advice on this system:

It’s possible they can custom make you a better rig since you’re local. Certainly couldn’t hurt to give them a call, and they’re 100% legit.

The H510 has a max GPU clearance of 381mm, which should be fine for a 3070. A radiator in front might impinge upon that space if one was planning on installing a 280 AIO or something, but even then I think it would be fine.

And more importantly, can someone just tell me the best CPU to get these days that doesn’t cost sillymoney?

5600X from AMD or 12600K from Intel are probably around the right level? Depending on the defintion of silly.

5600X from AMD or 12600K from Intel are probably around the right level? Depending on the defintion of silly.

some secondhand LA comparable <$1K (not recommendations, but in the right ballpark) 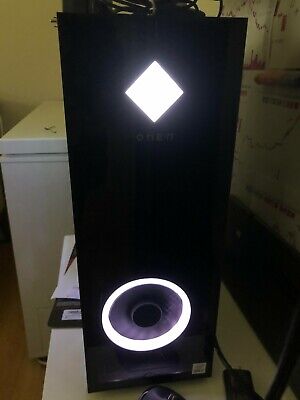 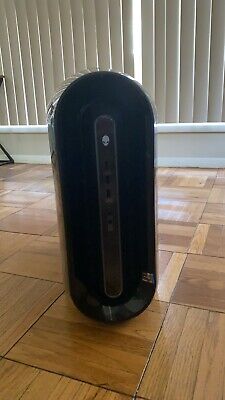 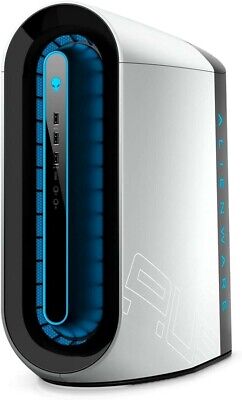 And more importantly, can someone just tell me the best CPU to get these days that doesn’t cost sillymoney?

I suppose selling the 3070 and buying a Series X is not an option :)

NZXT is a good idea if you can cajole them to make a GPU-less custom build. I’d go for an AMD 5800X or better, or an Intel 12700k if a similar longevity is the goal.

Most pre-builts will come with an unneeded GPU and storage. That’s why finding a decent machine in your case leads to a lot of ebay links. Which is a perfectly acceptable way to go if you can find the right match.

Depending on the defintion of silly.

It has been so long, I’m not sure what normal prices would be now. I saw the AMD 5900x cpu is $448 on Amazon, and was thinking that is a good price.

If you have the funds to buy a new computer, go with something like NZXT BLD, they’re pretty good. Otherwise check out the eBay links from the other thread.

Bold = Sweet Spot at retail prices. But anything is fine at the right price, and AMD CPUs are finally being discounted below retail now. 5900X or 12700K might be justifiable if they are doing double duty for streaming.

There are so many pre-builts on Ebay with the GPU taken out for like 800 ish bucks.

Your local Microcenter in LA has this PC, Open Box, for $935: 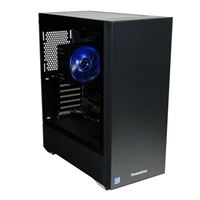 Get it now! The PowerSpec B748 desktop computer is a powerful business machine featuring the Intel Core i7-12700K Unlocked processor and Hyper 212 Cooler, a 1TB NVME SSD, 16GB of DDR4 3200 memory, and the ASUS Prime Z690-P/ac system board powered by...

Boom, there is the answer right there. That is a great deal, good processer and cooler, good ram and hard drive.

I had the opposite problem.