Help with picking out a new computer

I’ve decided to buy a new computer since mine is starting to show it’s age.
I went to best buy and looked at their top of the line gateways but I’m not really convinced about the quality of the parts. I’m looking at spending max $3,000. But at that point I want a computer that can really last, so does anyone know of great retailers that sell gaming computers?

For that much money go to Falcon Northwest or Alienware or some custom shop. Or buy from Dell with the triple-deluxe warranty with cheese.

Or just build it yourself and get the cleanest system.

For that kind of money, you can get just about anything you’d like. I’ve had two Gateways (from 5 and 7 years ago) and they were solid, pedestrian machines. If you have cash to drop, you might want to try something a bit flashier. TSGs options are good. Let me just throw out a few more vendors:

Shuttle has some small, stylish, but powerful computers, including some with AMD chips.

Sun Microsystems has some inexpensive workstations with quite nice components.

Apple’s Powermacs are too expensive for what you get, in my opinion, but they’re within your price range and OS X and Apple’s bundled applications are really wonderful.

These are just sort of random, though. If you don’t want to build the box yourself, there will be some small shop in your town that’ll put together exactly what you want for you, and that might be the best way to go.

edit: sorry, of the above, only the Shuttles could remotely be considered gaming machines. though, hey, Dominions 2 on Solaris and WoW on OS X are a start.

For that kinda money, I guess I can only suggest minimum’s you should look for.

Ram: 1 Gig, At Least! Games nowadays are definetly looking at 1Gig+. Get a deal for more than that if possible.

For a pre-built those are the 3 things I’d look for. If you can’t get a good deal with those 3 things in mind for $3+, then I’d suggest you build it own your own.

As I just posted in another thread, I just bought a system from Monarch (http:\monarchcomputer.com). I’ve never bought from them before, so buyer beware, but they only charge $59 to build it for you and $59 for delivery.

I went with the onboard audio for now. Everything seemed about right price wise (according to price grabber) except for the floppy.

Well I think at most I can spend is 2k on parts.

I already have the monitor, speakers, keyboard, soundcard ( creative audigy 2 platium) and my 100 gig drive from this comp I’m going to use.

I’ve been looking at the asus asn32 sli deluxe card or the asus a8n sli premium card for a mother board. Not sure about the video card, nor the memory. I don’t think I’ll have enough money for the athlon 64 x2 4800. And of course the case to fit it all in.

I’ve checked new egg.com and zipzoomfly for parts. Any tips and part suggestions would be helpful.

I’ve recently read up a little on this stuff and asked around a bit before buying my PC.

I think the Athlon 64 X2 3800+ is the sweet spot (especially if you overclock, which for some reason, I didn’t want to do) and is less expensive. I went with the 4400+ because I read some good reviews on it somewhere.

The 7800GT also seems to be the sweet spot video card. Reviews say it is much better than the 6800, although the 6600GT seems to be a good value.

http://anandtech.com had a review of cases and gave the Eclipse a good mark. Other cases were also judged well.

AnandTech.com, Extremetech.com and SharkeyExtreme.com have PC guides that list components.

thanks for the help, what do you think about the 2 motherboards I’m looking at? From what I saw on zipzoomfly, they look alike power wise, except for the price difference. Also for memory I’ve heard good things about coursir (not sure if spelled right). But not sure about the amount of memory. I know that 1 gig of ram is good, but would 2 gig be needed for the next generation of games?

Also the geforce 7800gx, I’ve heard that you can use a 2nd one for increased performance, but you don’t need to have 2 in there for it to work right?

I don’t know about the motherboards, but if you’re going to drop 2,000 this is what i would consider the minimum:

7800 GT
This is the nearly the best card right now but it’s cheaper then the 6800 Ultra by about 100$ strangely. Saves a bit of cash over the GTX. Don’t settle for anything less, as most games are become completely dependant on the video card.

Fast SATA HD.
I haven’t look in a while, but get a fast SATA drive with a good memory cache. HD speed is the biggest bottleneck in a modern computer.

SLI
I guess… SLI as a “futureproof” upgrade is pretty much a hoax. You’ll only get 25-50% of an increase in speed with the same card in MOST games today. And you won’t be happy with a 25-50% upgrade in 2 years, you will want a 2x or 3x speed increase. Get SLI if you want to link two cards today and don’t worry about the future.

2 gig memory.
Why not? 125$ more and you’ll never use virtual memory again.

Regarding the motherboards, the Monarch people use the asus a8n sli premium in their high end pre-build PCs and I think it’s gotten good reviews. People here mention it as well. When you pick it in the Monarch motherboard list, however, it mentions something about it having a problem with 4GB and then mentions the Abit mobo I chose. But this problem may have been solved by now.

I chose 2GB RAM. As Selfish says above, for $125, why not? I’m pretty sure games over the next two years or so will benefit from it.

I also went with the SLI mobo. There has been debate on the usefulness of SLI and who knows if I’ll ever pop in another 7800GT, but I decided to err on the side of caution and went SLI.

With an Athlon 64 X2 processor, nForce4 SLI mobo, a 7800GT and 2GB RAM I thought I was good for a while and had upgrade potential.

ok thanks for the help so far. I think I’ll get the athlon 64 3800+. As for the motherboard either the premium or the deluxe will be able to handle 2 gig and 7800 card right?

Anyone have any links to where I can get a seta drive? And what companies make good geforce 7800 cards? Lastly that leaves the memory, not sure what is a good brand to get. I think I’ll check my budget after I get the other parts to see which mobo to get.

Lastly , does anyone know of any online sales that are coming up where the prices of hardware should drop?

When I was pricing processors, I noticed the 64 X2 3800+ is only marginally more expensive than the pure 64 3800+. No clue why that is, but I’d be inclined to pick up the X2 just so I could do things like encode DIVX movies in the background while playing (or hope that devs are switching to multithreaded development, but I doubt they are in any great numbers right now).

Got both of these off of new egg, the top one is cheaper then the bottom one, can someone explain why? And I’m guessing but the top would be better :)

Damm, someone already responded about this before I could post it :)

Got both of these off of new egg, the top one is cheaper then the bottom one, can someone explain why? And I’m guessing but the top would be better :)

Damm, someone already responded about this before I could post it :)

Multiple cores are the future, and few things take advantage of them now, but unless you want to be moaning about an upgrade within a year’s time, go for the x2. I’m quite pleased with the performance of my x2 4400+ in every way, although I’d love to see the second core get some major use from time to time. ;) 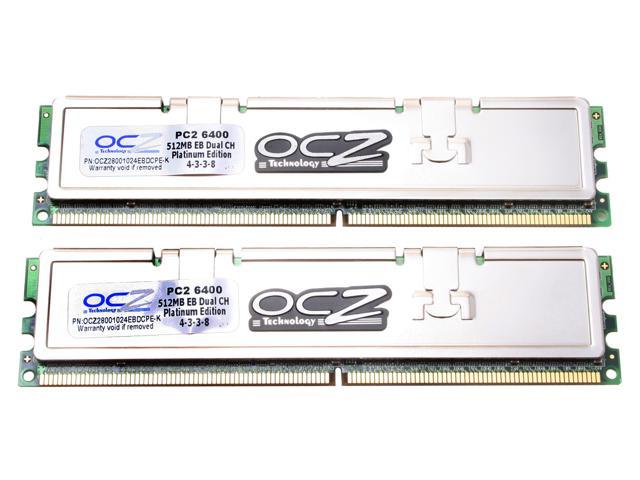 Is the 2nd one worth the 20$ increase? And more importently will the asus premium or deluxe work with either one? After this all I’ll need is a new case and geforce card.

Nope, you’ll want to go for the first because DDR400 is what the board will take. Don’t be lookin’ at DDR2, and don’t go looking at anything more than PC3200 unless you plan on overclocking.

so I take it the asus premium is better for it’s price then the deluxe?

so I take it the asus premium is better for it’s price then the deluxe?

Having never done a side-by-side test of the two, I can’t really say which is ‘better’ but I will say that the price difference mattered little to me. I went with the Cool-Pipe (fanless) tech, and at the time, the Premium was the only one that was x2 compatible out of the box (without a BIOS upgrade).

Have you noticed the newer A8N32-SLI Deluxe, now allowing you the full x16 on each of dual vid cards? Not that it’d matter much right now, but some folks like not being handicapped. ;)

well the problem for me with that is that I’m still trying to pick out a good geforce 7800 gt card, and I’m really trying to keep under 2,000$ so I’m not sure if getting 2 cards is possible for me. Not sure what brand to buy with the card.