Hey, how can I get Discourse to do X?

Does Discourse have any way to insert a countdown like the one in the OP for this ERA thread?

Nope. May be a plugin or something but then that’s something that needs to be maintained forever etc.

A weird thing I started noticing lately. While scrolling in Safari on iOS (with and without content blockers), there’s a sort of “dead zone” at the end of the thread by the thread position UI element, the green area I scribbled in my screenshot:

If I try to scroll by touching that area, nothing happens. I don’t really care enough to report this in the official support thread, but before I tracked down exactly where and when it was happening I was briefly worried something was wrong with my phone’s screen.

So just sharing that here in case anyone else notices it. I think this has only been happening for the last week or so, but maybe it’s been like this longer and I never realized it. 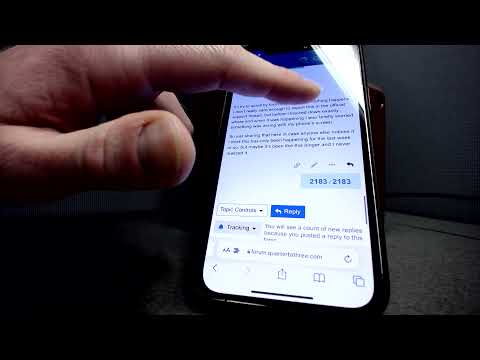 Seems to be a safari “feature”, as it currently works fine on Android Chrome and Firefox.

Firefox renders that area with less whitespace too. But both work the same for me.

You should obviously drill holes in your phone. duh.

Just today, the gaps/spacing between posts grew significantly. This is the internet, and I’m supposed to rage about unimportant things because I’m old and don’t like change. 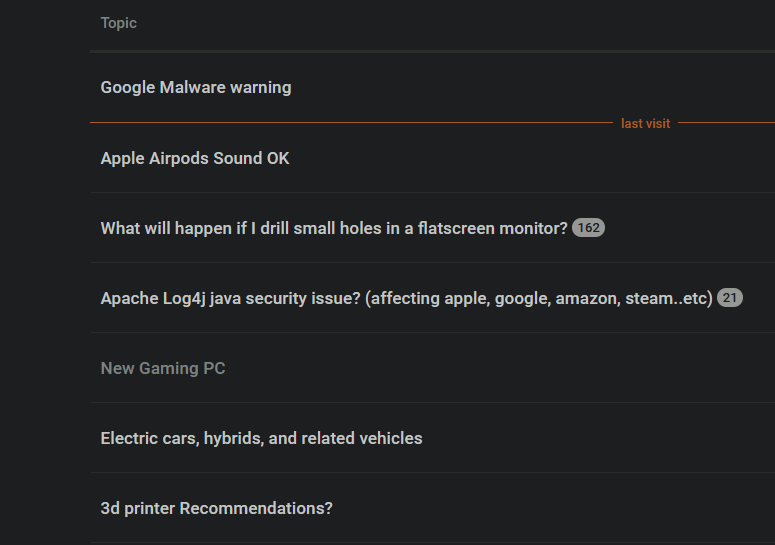 They grew inside a category?

After a recent update I noticed that when I went into a topic and then backed-out back to the Latest topic list, they shrank. So I commented out a bit of CSS and asked @clay if I had screwed it up. And well, it seems I fixed it for Latest and screwed up inside categories. Hopefully clay can figure out the proper way to address that.

I would actually be OK with the shrunken look in Latest too. Just can’t have it being chunky when you first load and then shrinking after visiting a topic, it’s distracting.

I think we’re talking about the same thing, but just in case here is a more complete screenshot so you can tell where I am. My old man gripe is the gap/spacing between the dividers between topics and the topic title itself.

I’m going outside to look for clouds to shake my fist at.

(On a more legit level, this can impact mobile browsing since it becomes hard to fit content on the screen. I’m usually reading via desktop so it is just whining there).

Alright, hopefully clay can fix it. Not a super high priority thing.

Not a super high priority thing.

Did the formatting suddenly change today? There’s now way too much space in between each post. I’m gonna be scrolling for years with so little displayed. 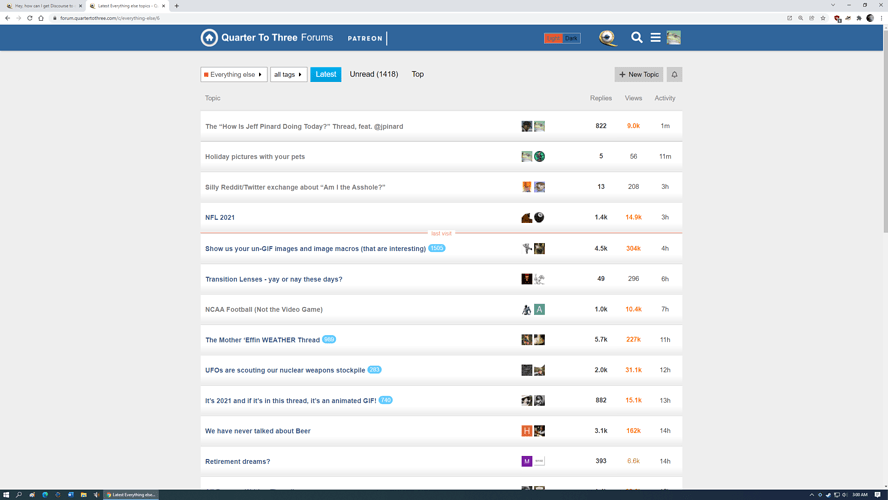 It’s what’s being discussed a few posts above yours. Stusser mentioned it might be something for Clay to look into.

Thanks. I thought maybe a browser update screwed up Q2T.

Yeah, I almost think it’s intentional to show the poster of long replies that scroll past their top line of info, but unsure

Huh, I only get then when scrolling UP. Never when DOWN. I noticed it and thought it was a weird design choice, but I don’t believe it’s erratic. I believe it’s working-as-designed.

I think @ArmandoPenblade’s read on that is the correct one. It’s so you can see the avatar of the poster on long replies.

The big spacing of thread titles is still there, but then I don’t think anyone’s looked at it yet.

Yeah, I buy that it’s intentional (although it looks weird) but it isn’t consistently happening.

One thing I have noticed recently that happens in Chrome on Android is that sometimes the reply edit window is OMG HUGE and takes up way more space than necessary, basically almost the whole area above the virtual keyboard, and other times a much smaller space that allows for seeing and reading other thread replies. No idea what controls that: it seems entirely random.

Is there a way to resize that window?