I have never downloaded music. To my ears mp3’s sound way worse than CD’s so they never interested me. I have always had mid-level audio equipment because music was important but never went too crazy. With CD’s getting harder and harder to get and the ease of downloading I have been looking into getting a good DAP player and start to download Flac format music, also looking into things like Tidal music service.

I am looking to get a Astell & Kern SR15 DAP. I am also looking at Final Audio Sonorous VI headphones. This will set me back just under $2000 Canadian but it should set me up for a long time.

Anybody have any experience with any of this equipment or high-res audio and services (like Tidal) in general that can give their thoughts?

FLACs are made from CD rips though? Audiophila is a fool’s errand.

I use an old smartphone to play FLACs. Tidal would be nice too.

Several websites have been offering higher quality than CD flac downloads for years. Think it’s advertised as 24 bit HD or something.

Agree with you though, audiophilia beyond a certain point is incredibly expensive for a benefit that’s almost entirely psychological.

Hope this isn’t too much of a tangent, but I have a friend who runs (ran? Haven’t seen him in about 5 years) a high end audio shop in Houston. Even though it financially benefited him to sell super expensive cables, tube amps, etc. he really felt that, at some level, the emperor had no clothes.

So he set up one large room with several sets of super high end speakers - the customer could pick which he or she preferred. Then he went out of his way to set it up for perfect A/B comparisons. So he would set up comparisons of cables, or amps, or sources, or just about anything you could argue about. He did this originally for himself, BTW.

I have to admit it was fun to have a customer who INSISTED he could hear the difference in some super expensive cable vs. good cable try to A/B it and tell a difference. It was never better than random choice. Never. Some customers thanked him with a “Well damn, I was convinced I needed to spend this much but I am glad to hear that I don’t.” But he lost some customers too, who were just pissed off. As much as he tried to make it “let’s test (cables, amps, whatever) in the A/B room and let you pick what you think sounds best.” some just couldn’t handle that their coddled somewhat snobbish opinions were just wrong.

They tried to pick at the set up, of course. And every time, he’d adjust it for whatever they insisted was impacting the test.

No doubt at some levels there are differences. But it was surprising even to me how indistinguishible, when tested properly, so much was (including, at the high end, sources such as super high bit vs. high bit, etc.)

I capped my budget at $150 headphones and use an AudioEngine D1 USB DAC. IMHO, anything more is foolish. Emphasis, for me, personally.

There is definitely a point of diminishing returns on audio equipment.

This is a blind test on 6 songs using 3 different audio formats. I picked 5 out of 6 the highest quality and one of the medium. I will admit between the middle and highest quality it got tough but the lowest quality was easy to pick out.

Psst. Try this Denon headphone out… it’s mine for a few years now, and my wife got it for me after she auditioned a bunch of other similar priced headphones (PSB, momentum, etc). “Clearer bass, clearer vocals” is what she said. Also Chie wears it to go dancing.

OTOH I just picked up the Final Audio E4000, and it is very good, better than the famous 1more triple and quad. I’ve never heard of them before, and was amazed by the range (and prices!) of products they make. So I would love to try that Sonorous VI. Have to wait for my next trip to Singapore…

I’m sure you’ve done your research, but I’ll mention that Tidal streams between high bit rate AAC while on mobile (and flac to MQA on wifi), while Spotify can stream to the same high bit rate Ogg Vorbis. Tidal offers song download, so you can keep some songs at flac/mqa on the road.

Thanks for all the suggestions. I have ordered my DAP but still trying to decide on headphones.

I have to admit it was fun to have a customer who INSISTED he could hear the difference in some super expensive cable vs. good cable try to A/B it and tell a difference.

Speak, thou vast and venerable head, which, though ungarnished with a beard, yet here and there lookest hoary with mosses; speak, mighty head, and tell us the secret thing that is in thee. 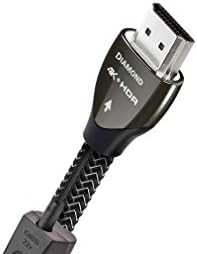 It’s basically a collecting hobby - not much different than stamps or coins. To me, that is.

The reviews on that cable are hilarious! The fact that someone would actually make something like that and obviously someone must buy it is mind boggling! I can imagine the people in the company saying, OK, what is the most outrageous cable we could make and try to sell? And someone said, oooh, put diamond something on it! And sell it for $500! Someone else, no, $1000! No one will buy it for $1000! Then they start betting how high a price they can put on it and still have some sucker buy it.

I’m using one as a belt.

You made me listen to coldplay.

Thanks for all the suggestions. I have ordered my DAP but still trying to decide on headphones.

You want headphones designed for use with portable sources, which is mostly a matter of having relatively low impedance.

A couple weeks ago I visited the Sennheiser store with my chick, who wound up buying these: 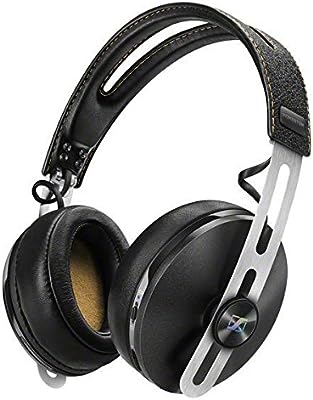 I have been using their very similar direct ancestor, the Momentum 2s, for a few years now and have been extremely pleased. These HD1s can be used with a cable or with Bluetooth, and when Bluetooth is used they can add noise cancellation. The chick finds she prefers the cable. You’ll notice they have been significantly marked down after discontinuation.

On the same visit, I was surprised at how much I liked these, which have also been massively marked down for discontinuation: 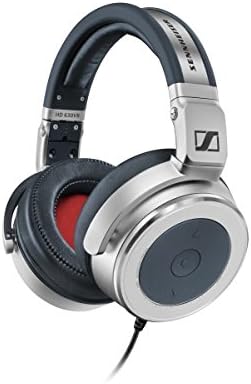 One of the ear cups is a dial that functions as a bass tone control. For fun I went all up and down the range, and it always sounded good. Like the HD1s, very durable-feeling metal construction.

I brought my own player, an iBasso DX50 with Rockbox, so it was definitely the headphones I was hearing.

The chick had also made an appointment for us to audition these:

I’m one of the first people in the world to listen to Sennheiser’s new $55,000 Orpheus headphone system. The new hardware’s 20 years in the making. Real, real serious shit. I’m trying hard to concentrate on the music–trying to give this crazy thing...

They had a laptop with Tidal set up for the audition. The Orpheus didn’t sound much different at all from the Stax SR3 electrostatics from 1968 that I bought off eBay ~11 years ago for $100. And the 60s and 70s recordings I tried on them sounded like shit, because all the limitations of the old recording tech were laid bare. The store manager who rode shotgun with us happily agreed with that observation. It was fun, and nice to know I really didn’t want those headphones at any price.

Also, I have recently done a survey of the high-res DAP market, because I always like to have a plan for what to buy when any of my electronics die. I concluded that I would buy another iBasso, either a DX90 or a DX120. I don’t like the idea of walking around with a losable/stealable $1000 gizmo. But for features, high value, and general rep, this is one to look at for anyone out there who’s considering: 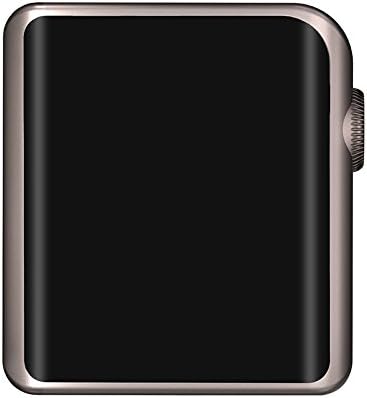 I will admit between the middle and highest quality it got tough but the lowest quality was easy to pick out.

It’s harder because of the differences in mastering quality too - crap mastering means that 128k mp3 and uncompressed wav can be much harder to tell apart. That’s probably my excuse for picking the 128 for the Coldplay song, which (music taste aside) sounds particularly lifeless. All the rest I either got 320 or uncompressed, interestingly the older stuff was much easier to tell apart than the newer stuff, possibly down to modern bandwidth compression trends. Both the Vega track and the classical piano stood out as noticeably better.

I do have a decent pair of headphones though (ATH AD900s), I seriously doubt I’d have been able to tell with my crappy earbuds. The 128 versions all felt “dead” though, hard to describe.

Anyone got much experience with Amazon’s music services? I just reviewed the THX Onyx DAC/Amp with Tidal MQA and Apple Lossless but wanted to see if Amazon’s offering were worth checking out…

I had it and it is worth checking out. I prefer Apple Music and Spotify’s integration with Shazam, but Amazon Music had a good catalogue when I used it.

I tried the high-res version of Amazon and it was fine. I have a fairly decent stereo and to me it sounded a little different than Tidal. One was not better than the other to my ears but different. I borrowed a sound level meter to make sure volume levels were the same and switch between the 2 to make sure it wasn’t a volume issue. It came down to the library. There are things on Tidal and not on Amazon and visa versa. In the end Tidal had a few things I’m listening to now. I could have been happy with either.

Thanks. I meant to add, specifically, experience with Atmos on Amazon music? My understanding is only Fire devices will play back Atmos, no iOS ones will.