who buys himself slippers?

Is your shoe size hidden as an Easter egg in your post?

who buys himself slippers?

I love being called kid. I wish more of my friends would do it. I feel that once you’re over 50, you’re allowed to call anyone who’s younger than you “kid”. Even if their birthday is literally only a day before yours, you can call them “kid”.

My wacky Armenian doctor used to call me “young man”. I’m pretty sure she was either hitting on me or throwing shade at me.

Still, thanks for the heads-up that I need to get my ass in gear and start preparing my gift!

I’m afraid mine probably will be late arriving from Canada after I send out this weekend. Please don’t hate me.

after I send out this weekend

I’d better get a move on.

A package has arrived! From Amazon and not ordered by me so I assume it’s from Santa. Now to hide it from myself until opening week…

Also, to my Secret Santa, your parcel arrived on the same day as a massive bunch of stuff from Amazon, and the dog chewed the corner of your parcel!

I opened the box, very quickly realized whatever is inside was not ordered by me, and then shut it and placed it under the tree.

I had the merest glimpse, I think I saw a book, and so I shall remain surprised on Christmas day :).

Unless I’m missing some elaborate joke, why are people ignoring this?

____ Send gift to Secret Santee to arrive Opening Week (before December 19). DO NOT POST IN THE THREAD THAT YOU’VE MAILED!

Without wanting to heap extra work on Fire: I found that messaging her to tell your Santee that a package is in the mail works quite well!

I…think I read that when the thread got started, and then somehow forgot.

…everyone a big hug!

And I appear to have messed up my Secret Santa timing. :( An Amazon box arrived today, but the contents weren’t wrapped and there was no indication on the outside it was anything other than a routine Amazon delivery. But I could tell it was my Secret Santa by the note on the inside: “A Gift For You, Santa”!

So thanks to my Secret Santa for keeping my toes warm with my new slippers: 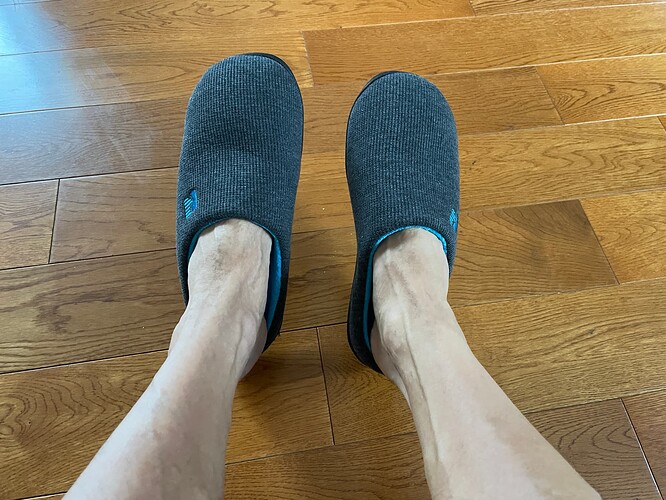 And for sending me a book written by Mo Rocca, who I actually went to school with! 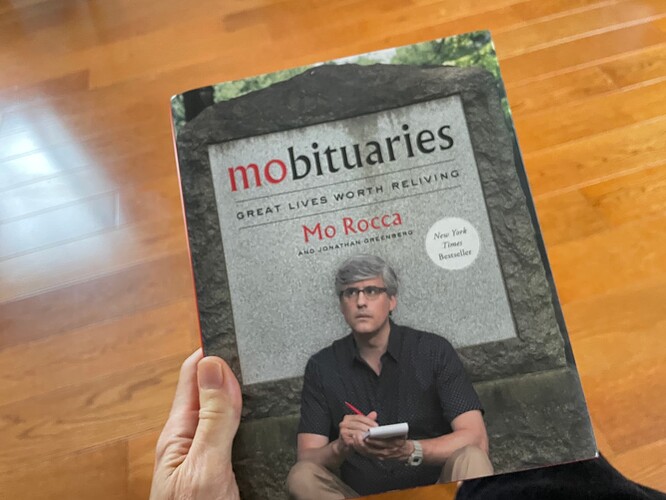 I also know him from being a panelist on Wait, Wait, Don’t Tell Me. But mainly from school. We both were heavily involved in theater, and we were probably even in the same plays, but I’m afraid I don’t recall any particulars. Anyway, apologies for messing up the timing, but thanks for the gifts, Santa, and I hope your holidays are happy as well!

Well, if we’re screwing up Secret Santa stuff, I might as well go ahead and out myself as the chooser of those gifts. I’d intended to send you a note via our fiery organizer so you knew packages were coming, but that part must have gotten lost in the shuffle of life. You should actually have one more book coming, per Amazon the package was left in your mailbox on Thursday…hopefully it didn’t get misdirected!

a book written by Mo Rocca

I haven’t read the whole thing, but I’ve heard parts of the audio book, and loved it. Hope you do as well! And if that is indeed the case, then I highly recommend you also listen to the Mobituaries podcast. Not only is it great Mo content, a lot of it references TV shows and movies that I bet you remember fondly.

Ah, mystery solved, then. Yes, a book arrived in the mail last week, but it was in a plain envelope with no additional info: 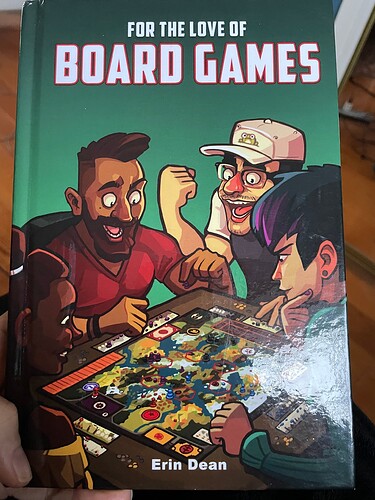 It was an odd book to arrive unbidden! I actually wondered if it was a galley copy, or maybe a complementary copy sent by the author. So it seems to be a 300-page collection of emailed Q&A’s the writer sent to various boardgame designers. Tons of names in here, including some I don’t recognize. Thanks, @ineffablebob!

I probably won’t pull the trigger until the 15th but that’s PLENTY of time for it to arrive I’m sure.