1. I have made the decision to part ways with Avalanche Software. I have nothing but good things to say about the game, the dev team, and WB Games. 2. I will be releasing a YouTube Video about this soon on my channel.

To clarify: I felt absolutely secure in my position. However, I still wanted to resign for reasons that I will explain in that forthcoming video . I’m in excellent spirits and very pleased with my relationship with WB and Avalanche. 😄👍
rhamorim March 5, 2021, 11:54am #102

However, I still wanted to resign for reasons that I will explain in that forthcoming video .

Since then, diversity, representation, and respect have become important cultural values.

Exactly. You can praise Anita Sarkesian, you can be silent about her, or you can not work in the games industry. Freedom!

Exactly. You can praise Anita Sarkesian, you can be silent about her, or you can not work in the games industry. Freedom!

Yeah, it’s too bad the gabergoober types were so extremely vile about her project that it became impossible to even have a conversation about the quality of the scholarship involved.

Very vague rumors. “In some sort of trouble”.

New report suggests Hogwarts Legacy may have been delayed to 2023

When they say “in some sort of trouble” I hope that doesn’t eventually equate to this just…not coming out. It is very much a game I’ve been wanting for a VERY long time. I personally don’t really mind delays that much, because I’ve got TONS of backlog and I want the finished product to be…well, finished. But I hope whatever trouble they’re in they can work through.

It usually means the game has massive flaws that are impossible to correct in a reasonable time frame (6 months?). 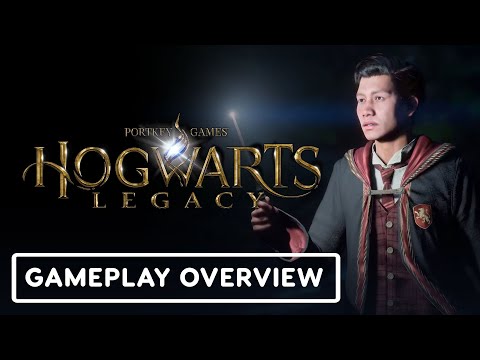 Magic action aside, this seems to be reminiscent of Bully?

That was great. It really seems to be a Hogwarts game first, with the gameplay grafted on top of that, instead of making a game in a certain genre, with the Hogwarts setting. I must admit, this appeals to me a lot. It does remind me of Bully because that’s the only game I’ve played where the classroom setting is utilized. But then the combat doesn’t look like an action game like Bully. Instead people are standing around, not moving, casting spells at each other like it’s a turn based game. Maybe some kind of real-time/turn-based hybrid system. Interesting that they seem to combine the dueling and potions gameplay into that combat system.

I also have to admire their candor at showing us what a horrible frame-rate the game has right now, since that part can be fixed as they get closer to launch.

I’m assuming that you’ll only get to see the common room of the house you’re sorted into? Unless of course, they have missions in which you sneak into other house’s common rooms that you’re not allowed into. I guess a lot of this game’s success or failure is going to depend on that overall story and how well they pull that off. Because even if their potions/beasts/dueling gameplay is good, and the beautiful locations of Hogwarts are good, it’s going to be your companions at school and the story that kind of carries a game like this, and it’s overall appeal.

Very cool. I hope they knock it out of the park.

Maybe some kind of real-time/turn-based hybrid system. Interesting that they seem to combine the dueling and potions gameplay into that combat system.

I dunno, it seemed pretty standard real time to me. Something along the lines of a Witcher game where. there are multiple skill focus paths (spells, potions, weapons) through the game.

I wish they’d found a way to do it with an action game personally, but I guess that would be hard to implement in a way to also incorporate a variety of spells well into the combat. It looks so strange to see three combatants standing in one spot firing spells at each other instead of trying to dodge, etc.

How much did you watch? Because there is definitely dodging. At least for the player

I watched the whole thing, but I might have missed something. The only dodging I remembered seeing was the kind you would see in a strategy game, not an action game, right?

Watch the sequence from like 6:20-8:00 again. its all combos, dodging, using magic on environment objects, its very much action RPG at its core. Absolutely not turn based anything.

Yeah, if they can even get a creditable effort here, I’m totally in.

This has been pretty high on my “most anticipated” list, and that video just cemented that. What they’re showing looks like it could be really fun.

I didn’t realize it until you guys said it, but yeah, it does remind me a bit of Bully, which I really, really enjoyed.

I read this article yesterday talking about how it dumb to be looking forward to this game because what Harry Potter really did well was the characters, and obviously none of them (nor any of Rowling’s writing) will be featured in them, but all I could think was “Did this person really never imagine what it would be like to go to Hogwart’s?” And it looks like they’ve REALLY captured that.

I remember when I first read Sorcerer’s Stone, when I was still working at Broderbund. I read it twice in one night, then the next day took out down to the person in charge of property/license acquisitions and said we have to get the rights to do educational software for kids in this world!

Of course, it was already too late. Shark Tank ‘s Kevin O’ Leary had already purchased and gutted the company. Instead of getting a new world of educational software, the industry was effectively killed, and all we got were the EA games.