The first trailer for Netflix's apocalyptic thriller How It Ends has finally arrived in brutal fashion.

Actually no idea if it’s aliens, but it looks like an interesting premise. I’ll be watching.

That better have Channing Tatum in a gimp costume somewhere in it.

That better have Channing Tatum in a gimp costume somewhere in it.

I think that’d be fair to demand of any movie. In fact, one of the reasons I disliked The Last Jedi so much was precisely because it contained zero Tatums in gimp costumes.

I actually misunderstood your title and thought it would be like Aliens. Was disappointed. 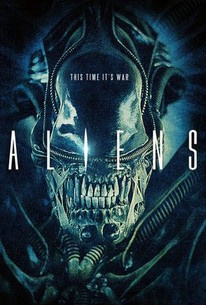 Wow, I love this genre - happy to get a big budget netflix production.

Most of Netflix’s original genre stuff hasn’t really been too hot so far. Hopefully this tells an interesting and coherent story, besides just high end CGI.

Hoping to watch this weekend.

I’m hoping to catch this at some point in my lifetime.

I watched the first 30 minutes and was pissed I had to leave to work! It looks really good so far. Unlike Bright and Fahrenheit 451 at the same time marks, which I was fine waiting till I got home to watch. Don’t ask :),

The critic reviews are not good.

I watched it so you don’t have to.

The reviews are spot on IMO. Nothing of value, nothing interesting. In fact, the score drove me a little crazy because I think they were trying to make some boring scenes interesting by throwing in audio with TONS of bass, so I kept having to adjust the volume.

Nothing of value, nothing interesting.

Yeah, I can’t argue much. I liked it a bit more perhaps, but just a bit; not terrible, certainly not all that good. I don’t feel like I wasted a chunk of my life watching it, but it’s going to wind up being forgettable. Some performances were, I felt, quite enjoyable. But in the end (get it?), I felt there wasn’t enough depth to anything or anyone.

I legit don’t know what this movie is about. I mean, I get the “future son-in-law proving he is worthy” and “survival is difficult once things collapse, and there are hard choices you have to make sometimes” stuff. But that’s all been done much better IMO.

Wow, I love this genre - happy to get a big budget netflix production.

The “strange goings on” (which start as “is there some sort of war breaking out on American soil?”) never get anything close to an explanation (less one character’s inane theory that’s not what’s going on) and feel very unsatisfied.

There’s a fine premise here. But it never goes beyond that. I rate it one out of a possible seven random weather phenomina.

Ha ha, you guys watched How It Ends!

It had a compelling beginning, a good premise…and did like one moment of drama out of it…it just kinda wandered forward…with no real tension… no building anything…no real destination/narrative. It wasn’t bad per se, just not anything period.

Don’t worry they will keep trying “End of world” stuff till they get it right. Next up.

“How It Ends” is a complete waste of time. There isn’t one genuinely good or interesting moment in the entire movie.

This type of thing mystifies me. The production values are good, and the cast does a reasonable job – why not hire a writer with a story to tell? In any case, recommend a hard pass.

I hope one of you dudes will do us a solid and at least tell us how How It Ends ends.

I hope one of you dudes will do us a solid and at least tell us how How It Ends ends.

How It Ends doesn’t even tell us how it ends. TRUE STORY!