So… If an overwhelming majority of the engineers actually signed cards, wouldn’t they be unionized? Seems like maybe that guy’s description of events might not be accurate. Sounds like a majority of engineers did not in fact want to unionize.

But you’ll be judged on that too - especially if the colleague is a contractor/MSP. Because you should be training them, so they can then rank you at a ‘2’ and send you on your way.

They aren’t worried about replacing you. Your replacement is already there, and you trained them.

The stack ranking system is designed to be gamed. It’s far more useful for you to seem helpful than to actually be helpful, because you don’t want your peers to stand higher in your superiors’ eyes, but you also don’t want to be perceived as not being a team player. Plus, when it’s time to set your goals for the next year, make sure they’re easily reachable or, even better, something you’ve already achieved. It’s more like playing Survivor than having an actual job, and it’s fucking exhausting. Probably the main reason I left MS (though they apparently don’t use stack ranking anymore).

So… If an overwhelming majority of the engineers actually signed cards, wouldn’t they be unionized? Seems like maybe that guy’s description of events might not be accurate. Sounds like a majority of engineers did not in fact want to unionize.

It’s the whole studio, not just the engineers, but yes I think the gist is that when they announced the union vote they had a supermajority of members signing cards, but now they don’t think they have enough to win the vote. That’s after the boss held meetings characterizing the attempt to form a union as a personal betrayal. Apparently the poor CEO-turned-VP-of-Activision was hurt by his workers’ attempts to improve their own and each others’ working conditions! And apparently by applying a little guilt he was able to escape having to negotiate with his workers collectively over the terms of their employment.

Yes, it’s the workers’ choice, but the boss has the bully pulpit of all-hands meetings, and a lot of sway over everyone’s livelihoods, so appeals like his can be pretty persuasive. Or at least a lot more comfortable than becoming one of the few unionized workforces in the industry.

I mean, sure, that’s what that guy said… But it’s not necessarily actually true.

Exactly, perfect way to put it. Stack ranking system, like any competition, are easily able to be gamed, or swayed by impartial judges.

You might be able to move ahead through hard work, but you can also “campaign” yourself ahead. It turns your performance evaluations into a game you can cheat, or politic your way out of.

On its face, ranking appears meritocratic and fair, but it is a system that depends on a diverse group of managers to implement,and the intent gets lost in the implementation.

Much better to manage by objectives, and hire managers who actually do their job effectively, and have a strong understanding of the performance of their employees.

This is the absolute heart of capitalism.

Which is why CEO’s gobbled that shit up.

I mean, sure, that’s what that guy said… But it’s not necessarily actually true.

Well, they wouldn’t have been set up to have a vote if a supermajority of workers hadn’t signed a union card. So something changed. I don’t see any reason to disbelieve the guy’s description, but there might have been other factors, too.

Also, if the CEO wasn’t trying to actively oppose a union, he could have voluntarily recognized the union so they could organize without the vote.

The fact of the matter is that what the boss did is a common tactic: 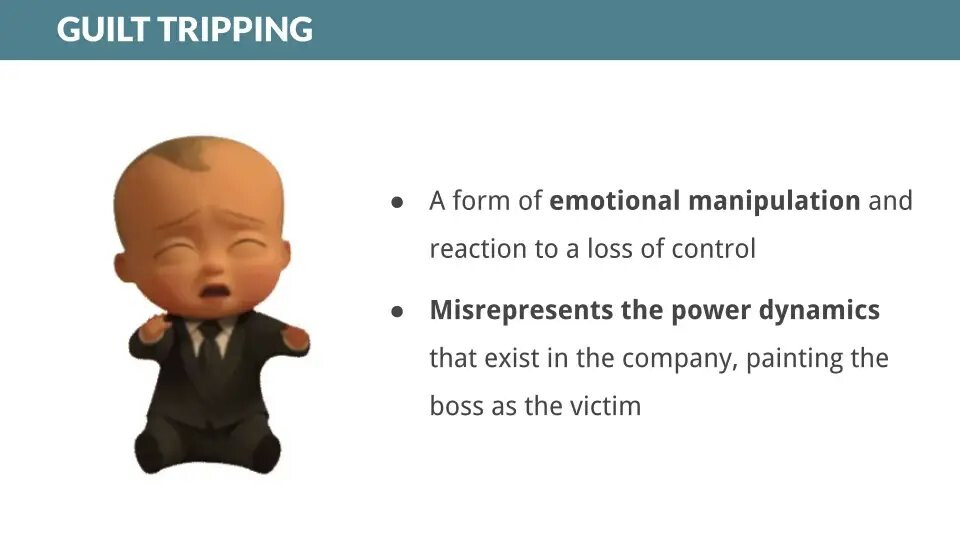 This is the absolute heart of capitalism.

Better yet, give them bad advice so they fuck up and reduce their ranking. Arasaka approves!

The folks that changed their mind really should read this about loyalty to companies:

I agree with the premise of that link - feeling loyalty to a company is probably human nature, but it’s completely unnecessary and pointless.

I think the every-man-for-himself attitude that the author lands on is equally distorted, but he has a lot of good points about loyalty to a company. For me, solidarity is a virtue (in business and in life). That means our responsibility and our consideration extends to our peers in a power structure and to those below us, and diminishes as you move up the chain. As a corollary, flat company structures are more morally sustainable and worker co-ops are ideal. (Can large corporations operate as flat orgs and/or worker co-ops? Maybe, but it’s hard. Which is why we should in principle aim to keep companies small and local, and limit mergers and acquisitions.)

The folks that changed their mind really should read this about loyalty to companies:

Really drives home to me how hopeless I am at office politics. I have no “political capital” to use when I need to get something done or help someone out. All my capital rests on my ability to deliver, and that’s a fragile reed especially higher up the heirarchy where that stuff is all seen as fungible.

The company had a “Paid Time Off” policy instead of a vacation policy, which is legalese for “we don’t have to pay out any vacation time when we let you go.”

I hate that we allowed businesses to change to this bullshit. At every place I’ve worked where this policy was introduced, a set of folks would be all excited because they were told it was better for them since you just got a big ol’ bucket of hours and you could use them however you liked and you didn’t have to wait to accrue them throughout the year since they gave you all the hours upfront at the beginning of the FY, blah blah blah. You can tell who the savvy folks are. They’re the ones not jazzed because their first question is “Can we cash these days out when we leave or get fired?”

Also, if the CEO wasn’t trying to actively oppose a union, he could have voluntarily recognized the union so they could organize without the vote.

The fact of the matter is that what the boss did is a common tactic:

I mean… the CEO is allowed to have the opinion that they shouldn’t unionize.

Ultimately, the employees we’re talking about are adults. They’re not children. They have agency.

I’m not really willing to buy into the idea that the CEO somehow thwarted the will of the universe by brainwashing the employees.

The employees had a choice, and they made it. That’s ok. That’s how it’s supposed to work. Not everyone wants to be in a union. It’s not always the right choice for everyone.

I’m not really willing to buy into the idea that the CEO somehow thwarted the will of the universe by brainwashing the employees.

You are are ignoring the power imbalance between corporate management and employees. If a union is a threat to a the C-Suite, everything they say and do to dis-incent unionisation is an implied threat to individuals. As soon as individuals start balking at grouping up, the C-Suite has effectively killed unionisation.

I mean… the CEO is allowed to have the opinion that they shouldn’t unionize.

Yes, but that also doesn’t mean his stated reason isn’t bullshit. The CEO (reportedly) painted himself as the victim and unionizers as aggressors trying to harm him personally. That’s just simply not the dynamic. But emotional appeals like that work, not just on children, but also on adults. I’m not saying the workers aren’t free to change their minds, I’m just saying it appears one reason they did is because of bad faith emotional manipulation by the boss.

It’s worth remembering that this studio was just acquired by Activision Blizzard. There are reams of reasons for workers to be concerned about what that means for their livelihoods and well-being. But our pal who founded the studio and probably just made bank chooses to make it about himself and claim victimhood.

Managers were expected to give a poor “developing” status to roughly 5% of employees on their teams, which would lower their profit-sharing bonus money and could hamper them from receiving raises or promotions in the near future at the Irvine, California-based company, known for games like Overwatch and World of Warcraft . 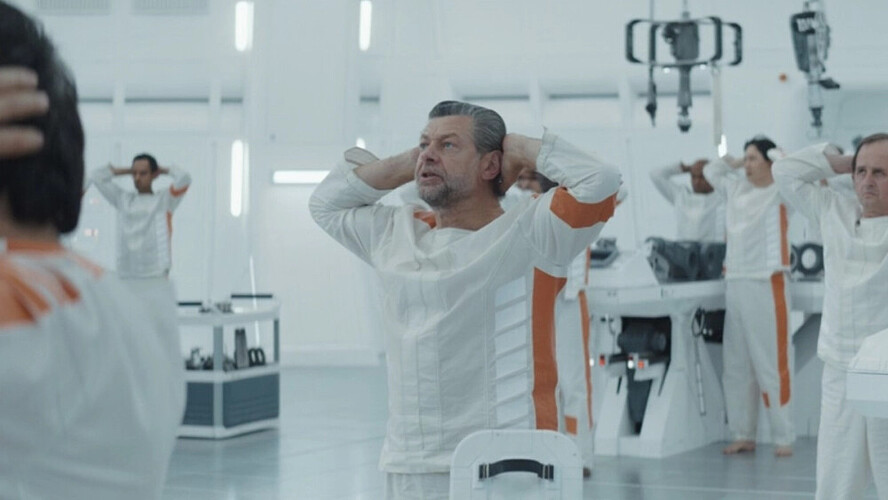 It does appear there’s more to the story with the Proletariat situation: 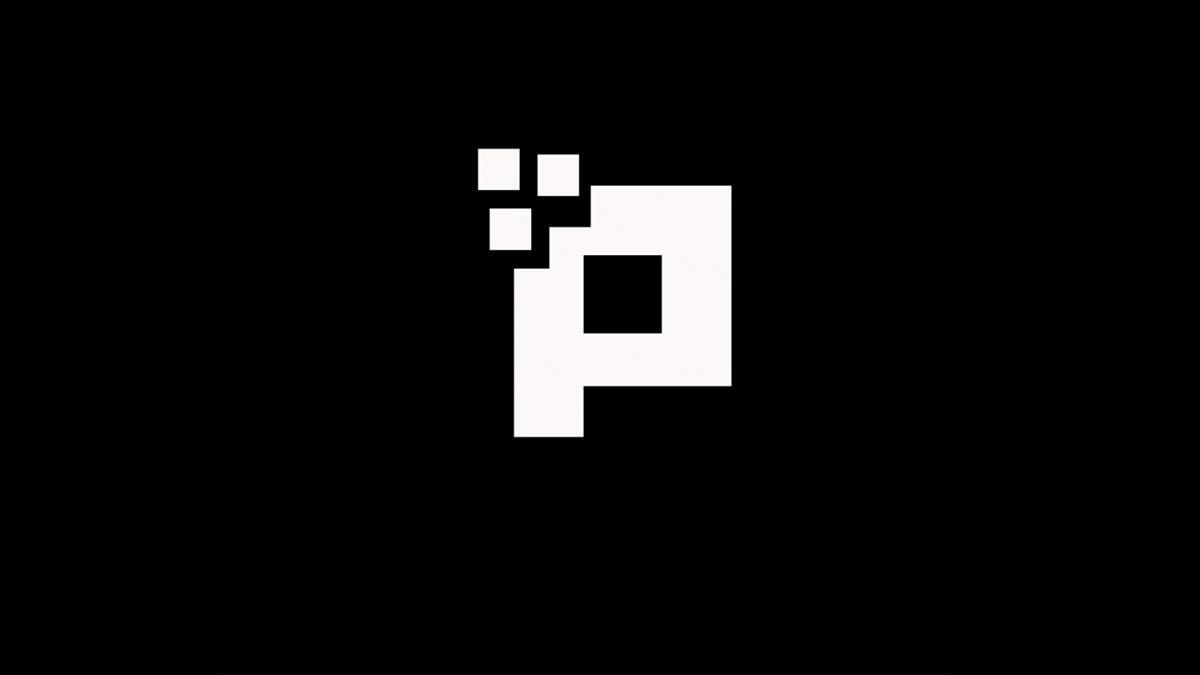 Developers at Proletariat are speaking up about the studio's union vote withdrawal, and cited the CWA's "adversarial" tone for why things fell apart.

Here’s a member of management’s perspective (a co-founder and current art director): 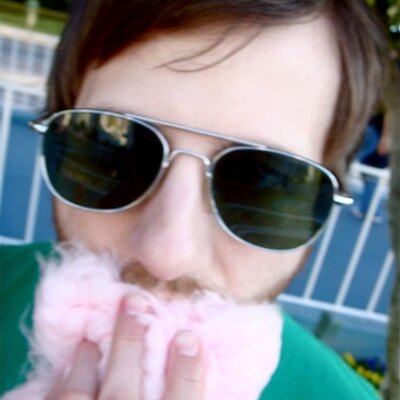 @diannuzzelli
@ethangach Kotaku article is one of the more fairly written about a really challenging situation. I'd like to offer an inside take on what occurred. Disclaimer, I’m a co-founder of Proletariat, and an Art Director at Blizzard. Views are my own.

And the programmer who was originally quoted in reports says that perspectives are complicated: 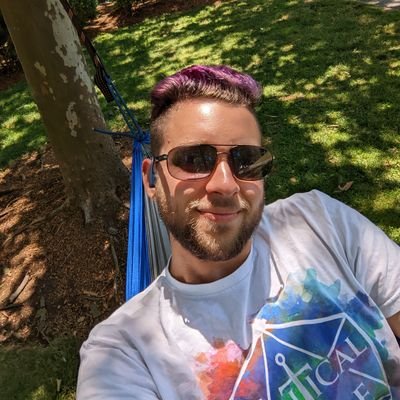 @temportalflux
Boosting this, and I'm the one who made the statement, it's a limited perspective of a single person. There's more complex nuance to the story that I couldn't convey in that statement, maybe I'll make a thread at some point. Our team is full of folks with very complex PoVs. twitter.com/its_spef/statu…

While the news that the union election has been cancelled is sad, I'm more disappointed by the media taking a statement from a single representative and conflating it with the views of our entire studio. (1/2) https://t.co/FIycYO6tfC

It does sound like there was some friction between the organizing committee and other workers, and some disagreements with CWA’s tactics. Having been through the process, I can see that happening, especially with a larger company. It’s a common tactic (learned from decades of organizing) to try to move things forward quickly and fairly aggressively. Anyway, here’s hoping the workers get alignment and try again in the future.