How to solve homelessness

The homelessness problem is like the L.A.P.D.’s bad-cop problem. It’s a matter of a few hard cases, and that’s good news, because when a problem is that concentrated you can wrap your arms around it and think about solving it. The bad news is that those few hard cases are hard. They are falling-down drunks with liver disease and complex infections and mental illness. They need time and attention and lots of money. But enormous sums of money are already being spent on the chronically homeless, and Culhane saw that the kind of money it would take to solve the homeless problem could well be less than the kind of money it took to ignore it. Murray Barr used more health-care dollars, after all, than almost anyone in the state of Nevada. It would probably have been cheaper to give him a full-time nurse and his own apartment.
The leading exponent for the power-law theory of homelessness is Philip Mangano, who, since he was appointed by President Bush in 2002, has been the executive director of the U.S. Interagency Council on Homelessness, a group that oversees the programs of twenty federal agencies. Mangano is a slender man, with a mane of white hair and a magnetic presence, who got his start as an advocate for the homeless in Massachusetts. In the past two years, he has crisscrossed the United States, educating local mayors and city councils about the real shape of the homelessness curve. Simply running soup kitchens and shelters, he argues, allows the chronically homeless to remain chronically homeless. You build a shelter and a soup kitchen if you think that homelessness is a problem with a broad and unmanageable middle. But if it’s a problem at the fringe it can be solved. So far, Mangano has convinced more than two hundred cities to radically reëvaluate their policy for dealing with the homeless.
“I was in St. Louis recently,” Mangano said, back in June, when he dropped by New York on his way to Boise, Idaho. “I spoke with people doing services there. They had a very difficult group of people they couldn’t reach no matter what they offered. So I said, Take some of your money and rent some apartments and go out to those people, and literally go out there with the key and say to them, ‘This is the key to an apartment. If you come with me right now I am going to give it to you, and you are going to have that apartment.’ And so they did. And one by one those people were coming in. Our intent is to take homeless policy from the old idea of funding programs that serve homeless people endlessly and invest in results that actually end homelessness.”
Mangano is a history buff, a man who sometimes falls asleep listening to old Malcolm X speeches, and who peppers his remarks with references to the civil-rights movement and the Berlin Wall and, most of all, the fight against slavery. “I am an abolitionist,” he says. “My office in Boston was opposite the monument to the 54th Regiment on the Boston Common, up the street from the Park Street Church, where William Lloyd Garrison called for immediate abolition, and around the corner from where Frederick Douglass gave that famous speech at the Tremont Temple. It is very much ingrained in me that you do not manage a social wrong. You should be ending it.”

Post said that the man had been sober for several months. But he could relapse at some point and perhaps trash another apartment, and they’d have to figure out what to do with him next. Post had just been on a conference call with some people in New York City who run a similar program, and they talked about whether giving clients so many chances simply encourages them to behave irresponsibly. For some people, it probably does. But what was the alternative? If this young man was put back on the streets, he would cost the system even more money. The current philosophy of welfare holds that government assistance should be temporary and conditional, to avoid creating dependency. But someone who blows .49 on a Breathalyzer and has cirrhosis of the liver at the age of twenty-seven doesn’t respond to incentives and sanctions in the usual way. “The most complicated people to work with are those who have been homeless for so long that going back to the streets just isn’t scary to them,” Post said. “The summer comes along and they say, ‘I don’t need to follow your rules.’ ” Power-law homelessness policy has to do the opposite of normal-distribution social policy. It should create dependency: you want people who have been outside the system to come inside and rebuild their lives under the supervision of those ten caseworkers in the basement of the Y.M.C.A.

The idea you present seems to me a bit of an end run around the medical licensing laws. You are taking seriously mentally ill people and putting them under supervision in a controlled environment, very much like you are institutionalizing them but without the legal baggage.

Or we could just call them all terrorists and ship them to Gitmo, I suppose.

I shall be crass and suggest tweaking the petfinder.com interface a bit.

Or we could just call them all terrorists and ship them to Gitmo, I suppose.

I have no problem with that. Could they please start with my town? Thanks.

Take some of your money and rent some apartments and go out to those people, and literally go out there with the key and say to them, ‘This is the key to an apartment.

I bet that landlord was pissed.

The problem with the homeless is not the hard cases but the ones who do so by choice.

The problem with homeless people is that their dirty clothes makes my Fleshgrinder 6000 churn out dirty sausage.

“prison” is much shorter.

It’s not illegal to live on the street.

This is all so absurd. We already have a suitable way to deal with homelessness…

But if you do, there are people who want to place you under permanent government management.

What is this? Is this a picture of soylent green? I didn’t realize it was homeless people!

This is all so absurd. We already have a suitable way to deal with homelessness…

What is this? Is this a picture of soylent green? I didn’t realize it was homeless people!

There’s no reason why it couldn’t be.

It would at least be free-range soylent green. 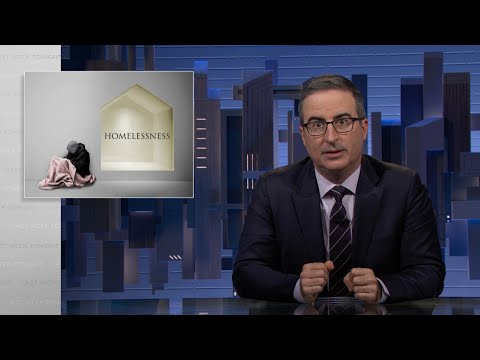 When a thread’s still alive
That’s old enough to drive,
That’s a necro.

"As your safety declines, so does your compassion.

Every time I have to pick up human shit, my liberalness just got lowered one more notch."

That sums up a lot of the problem. 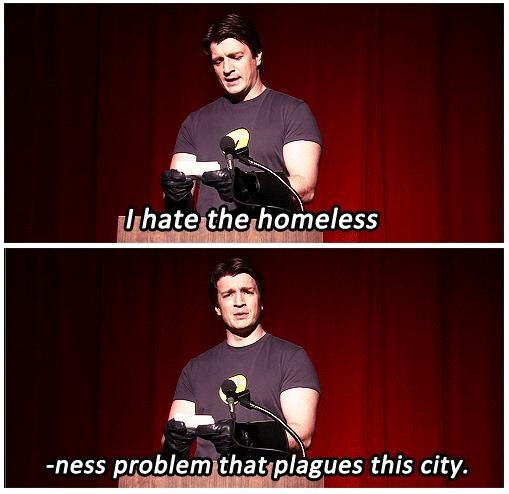 Also, apparently the local highschool’s cross country team can’t train because they used to use woodland park, but now that’s been taken over by himself camps and is no longer considered safe.

It’s kind of messed up that the government is entirely unwilling and unable to do anything about this.