But nope, they respond just like some dude named Frank Gorch asked them a question.

They should respond the same to any customer.

I agree, but more to the point, they shouldn’t say things on Twitter than are demonstrably false. When they do it in a conversation with a larger following, it’s even stupider. And while I don’t have a large following by any modern metric, it’s large enough that they should have been more careful to actually read my Tweet rather than dash off a response as if it were someone who couldn’t figure out the settings screen.

Which is what they did for a couple of Tweets before deciding to change tack and take me to task for assuming there’s an “omniscient Ampli-brain that knows all the feedback [they’ve] gotten everywhere”. That’s a half-assed mea culpa that just make them look petty, and if it’s responding to, say, Frank_Gorch and his 28 followers*, who cares? But instead, they decided to do that in front of someone with a couple thousand followers. That’s a rookie Twitter move for someone supposedly conducting PR for a major publisher. :(

* Apologies to @Frank_Gorch, as I don’t actually know how many followers he has.

But while expanding your cities with new districts would give you immediate feedback and even suggest good spots, the benefits of improving your cities with Infrastructures were less obvious. Many times, you’d act on a gut feeling about how many relevant tiles like forests or rivers the city already had. No more guessing, though: With the Bolivar update, the game will do the counting and math for you and display a preview of the yields a new infrastructure will give you. You can also check what an existing infrastructure is giving you at the moment."

I’ve been wanting this since either Endless legend or Endless Space. People say how good their UI is, but I always found it lacking because I couldn’t get info like this. Not sure if it will be enough for me to give Humankind another try.

I’m not interested in participating in the community events that Amplitude loves to have, but I am interested in them adding more cultures! Mississippian seems like a good one that I’m not sure I’ve seen in any other games but certainly seems like a worthy addition. 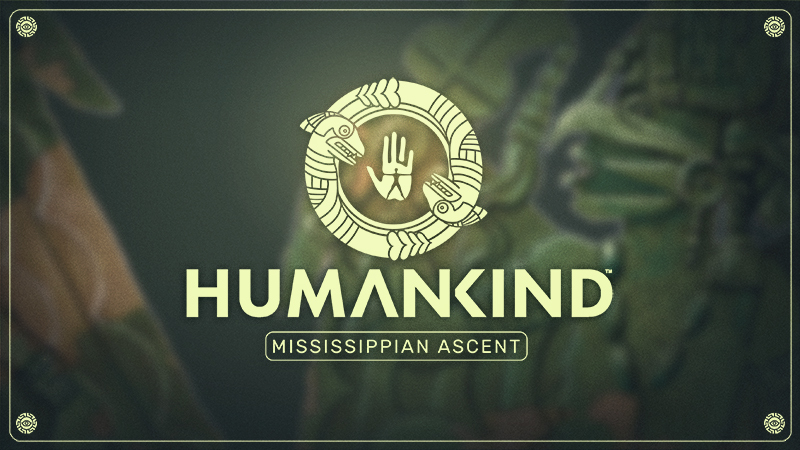 The da Vinci Event may be over, but we’ve got more in store for you with the Mississippians Community Event starting today. Switching things up a little, this event does not feature individual challenges, but instead pools the contribution of all our...

Bolivar update is out today along with a new Latin America culture pack! 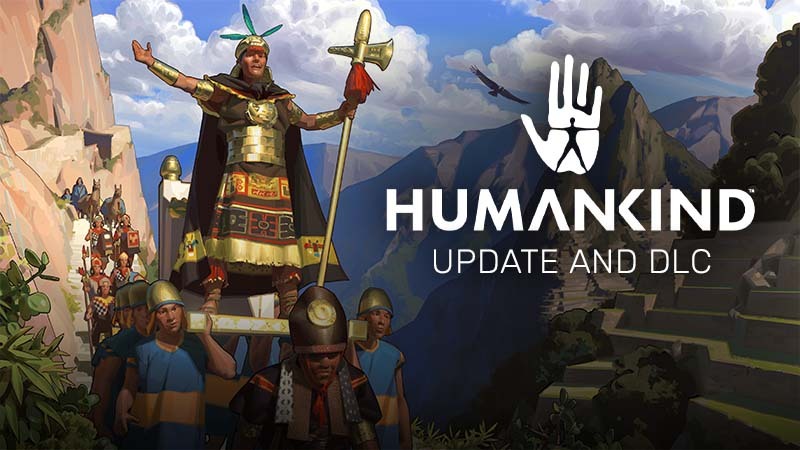 Updates, cultures, and teaser, oh my... Today is a busy day for Humankind. So, let’s rest for a moment and take a closer look at all of this, starting with...

These DLC are a bit expensive for me, but I may pick it up for completionism. Although that means I have to buy the Cultures of Africa pack too, so maybe I’ll just wait for a sale on those.

I’ve been waiting for this patch! Didn’t know it had an associated DLC. I’m in for six new cultures and a couple wonders.

It seems like both DLCs have been surprise drops.

EDIT: I also forgot to mention in my original post that they included the Mississippian culture that community “unlocked” in the patch too. Pretty quick turnaround time for that, it’s almost like it was guaranteed to happen.

That’s true. I’m all down for that, I kind of hate when something cool is announced and I end up having to wait a year or more to actually play it. I’d much rather have a surprise drop. :)

As the game improved significantly since release? I wasn’t too enamored with it when it launched on game pass, but if they’ve made any significant changes then maybe it’s worth another spin?

They’ve been doing lots of changes they should have done before leaving Early Access: UX improvements, balancing, feature tweaking, and more game options. Whether or not it results in a significantly better game I can’t answer until I spend more time with Bolivar. It’s my first time back since launch.

Yes. I’ve only first played it last patch and I’ve liked it very much. A lot of people had issues with how the wars work (you have to finish the war even if you want to go on fighting) and they made it closer to what people want.

Both DLCs look like the right kind of DLCs: I’ll definitely get them when I buy the game (been playing through gamepass) but they don’t feel like a mandatory update to mechanics that is sold separately.

Good to know. Thanks!

Got up to the medieval era last night. The game doesn’t feel strikingly different than the launch version, but does feel a bit more smoothed out. I saw fewer obviously broken cultures, although that Khmer Baray improvement still seems way better than a bunch of the other cultures in that era. The yield previews for infrastructure buildings are definitely great(new with this patch). Can’t speak to the peace changes as I started alone on the north of my continent with two opponents way in the south. So far I’ve only fought minors.

So I’d say if you tried Humankind already and hated it, it’s probably not going to change that now. But if, like me, you largely liked what was there and just found too many annoyances to keep playing, I’d say it’s worth revisiting now.

Hmm, thanks. I wouldn’t go far as to say I hated it. I think I felt it very mediocre.

The yield previews for infrastructure buildings are definitely great(new with this patch).

Well, this is a new one for me 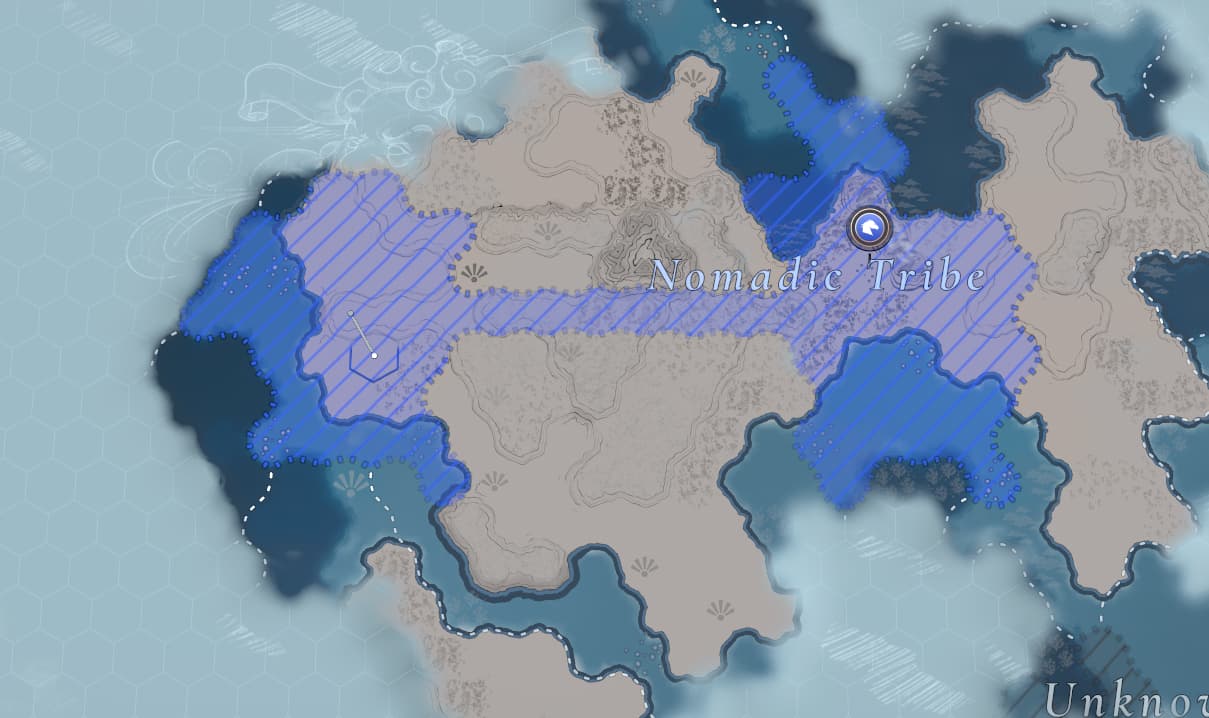 Ha! I’ve never seen a territory even close to that shape. What’s the white line, though, connecting the two white dots on the left side? Can’t recall ever seeing such a line.

I think it’s just the path for the selected unit to the neighboring tile.

Some of the landscapes in this game can be really neat. Elsewhere on this map I found a desert canyon with a river running through it and a very cool snowy mountain valley. Shame most of the biomes are a very similar looking grassland. So much of the terrain just ends up feeling less impactful than in Civ even though this has real elevation.

Huh. I don’t recalling see move-to lines when zoomed out that far. Maybe I just never had a unit selected with a move-to order while zoomed out!

I’m away from the game now but that’s all I can figure. Granted, what they do and don’t show while zoomed out to that view still seems almost entirely random to me.

Confirmed that it was just a path marker at the most zoomed out level. Also confirmed you can even issue units new orders at that zoom level if you’ve already got them selected even though units aren’t visible at that zoom level.