The training mode is the only way you can do pure PvE, and there’s no way of playing it with friends. Training has three levels now: basic, advanced and professional.

And even then this is a lot easier knowing there are no other hunters around!

Wouldn’t it be possible to just play this PvE by having enough friends to launch a match and agreeing not to attack each other?

The game just queues you in matchmaking so there’d be no reliable way to achieve this, and besides, I think Hunt: Showdown would be pretty dull if you took away one of the P’s in PvPvE, at least as the game currently stands (see above). Though I can certainly imagine it as a pure PvE game.

I remember the multiplayer mode they added to Sir, You Are Being Hunted (which reminds me of Hunt). My friends wanted to do it co-op but the mode was built so there could only be ‘one winner’ to give it a PvP sting. I’d finished the main game so didn’t really want to play a single island co-op. I’d already done it all solo and the thought of all those tools and toys in the hands of other players made the prospect pretty damn exciting. And besides, after Payday, I realised stealth with these friends was a bad idea–I worked better alone! :-) We played it but it was all very friendly and not as much fun as if we’d been sneaking around against each other.

Anyway, once you’ve got the rhythm of Hunt’s environment down, it becomes something that spices up the PvP; another variable you have to factor in or roll with. While alone it rarely poses much of a threat, it’s often enough to divert your attention or catch you when you’re on the back foot. This made me laugh:

r/HuntShowdown - Just another grunt running here, no need to turn around...

Here’s an early video of me playing (woefully). I accidentally set the recording to 15fps and there were some fundamental things I didn’t understand or did wrong but it’s an amusing clip. Watch how I track a hidden target using just the sound of them in the water: 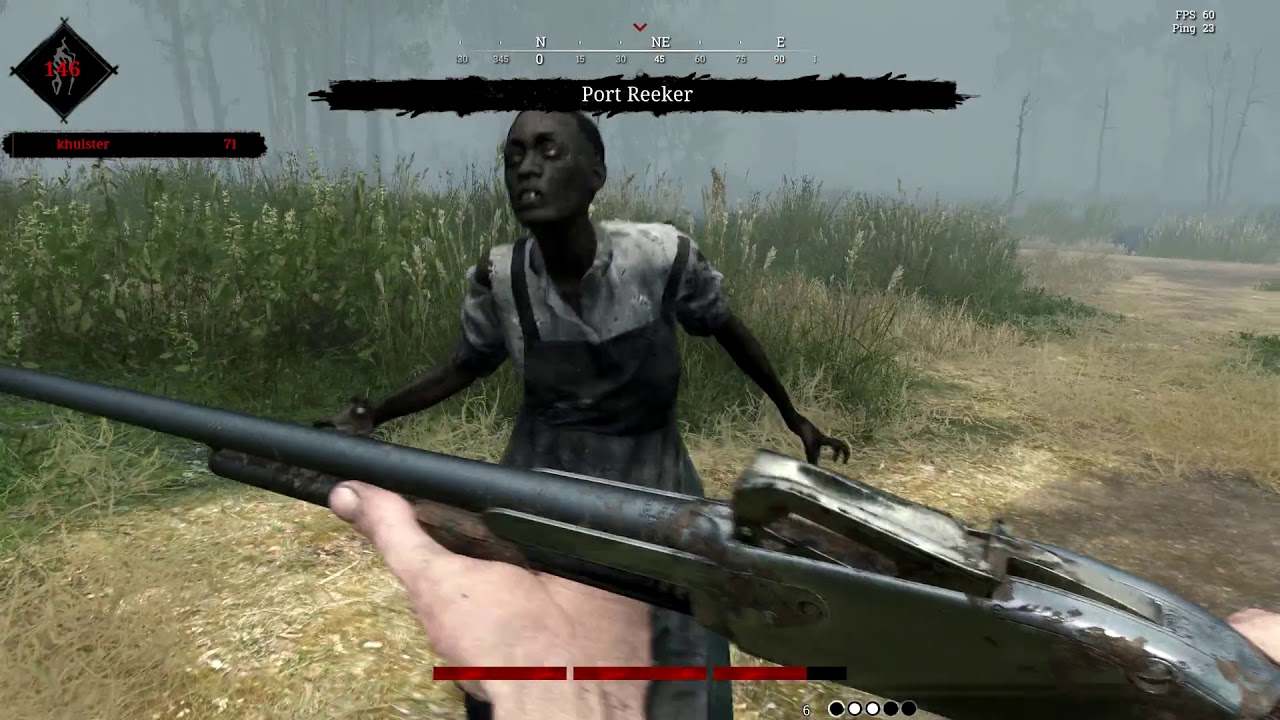 The game would not, in my opinion, be the same without at least the threat of other hunters.

Yeah, I agree. They’re different games but Sea of Thieves I feel similarly about, although it has enough cool PvE content before other pirates start bothering you! :-)

I’m so happy that Hunt’s player pop has remained steady and healthy:

Welp, the training wheels are off, I expect to lose my first and best hunter the next time I play. :P 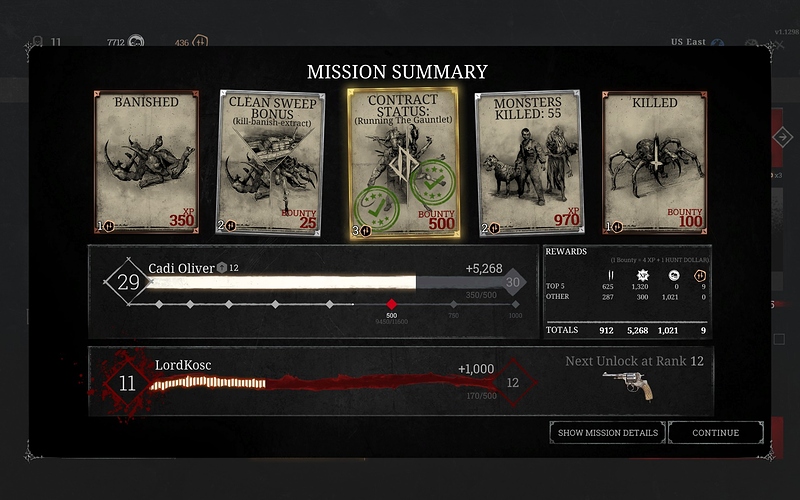 What’s amazing about this game is after 2 rounds or so the stress and suspense makes me physically unable to play more unless I take a break.

Do you play with randos or just go it alone?

So far 2 steam friends for a few games, and did 2 random games, where I won one and lost one. Matchmaking doesn’t seem too bad, but the lack of talking with the randoms really hurts your chances of winning.

I play this daily, so you could ask me

I know, but you start playing most of the time when I am going to bed. :P

I play in the afternoon mostly actually

Oh oh! I’ve needed friends to play this with for years! I’ve had an absolute blast with my brother when we’ve played together but it’s so rare.

I’m UK so my times are likely to be totally out of sync with you guys but I’m up for some if any of us are around at the same time.

What’s amazing about this game is after 2 rounds or so the stress and suspense makes me physically unable to play more unless I take a break.

Yeah, this is absolutely true and it’s not so much to do with the monsters as it is the real threat of other hunters. That said, the intensity of the game means that your successes are all the sweeter.

I remember two hunters literally dropping into a gloomy barn from a trapdoor above us to steal the bounty off me and my brother. My brother was new and just died instantly. I missed a few shots and didn’t have time to reload or get into a protracted close-quarter gun fight so I whipped out my trusty machete and hid, waiting, listening, adrenalin pumping. The first guy wandered around the corner and I flailed in the dark and managed to drop him. His buddy was nearby… but I couldn’t make out where. I stayed near the downed hunter, out of sight, ready for a revive attempt. There! I dashed and swung, and missed, and my stamina drained. Each tired swing was so… incredibly… slow… but… it was enough. The blade connected and killed her. I was gasping and buzzing. I revived my brother, stole a legendary weapon from one of the hunters then we bounced. So good.

I love that melee weapons are not only viable but preferable in certain situations.

the lack of talking with the randoms really hurts your chances of winning.

And yeah, this is why I’ve spent most of my time in Quick Play, which is actually really good.

Is that the “solo” mode? I haven’t kept up with developments.

Yeah! So it’s similar to your usual battle royale mode. You choose a basic hunter with a basic weapon (pistol, shotgun or melee) and then start on the edges of the map. Each hunter has to find four rifts and close them. The first to do so opens up and controls the ‘wellspring’ which slowly depletes its energy (revealing where that hunter is, roughly). When it hits zero, the hunter controlling it wins and everyone else dies. The winner can then take that ‘soul survivor’, with all equipment found in that game, into the main hunt mode. Each rift closed gives the hunter a random new trait, and weapons and items can be found in buildings by the bucket load (unlike the main hunt mode). If you kill a hunter on the wellspring, then you take control of it and the energy depletes further, so there’s a sense of urgency when it’s opened as other hunters flock to that position and all hell breaks loose. It’s a great way to practice, try new weapons and items and potentially gear up for free. Quick too, probably about 20 minutes or so, assuming you don’t die early.

Oh, I remember that mode. I thought they removed it… 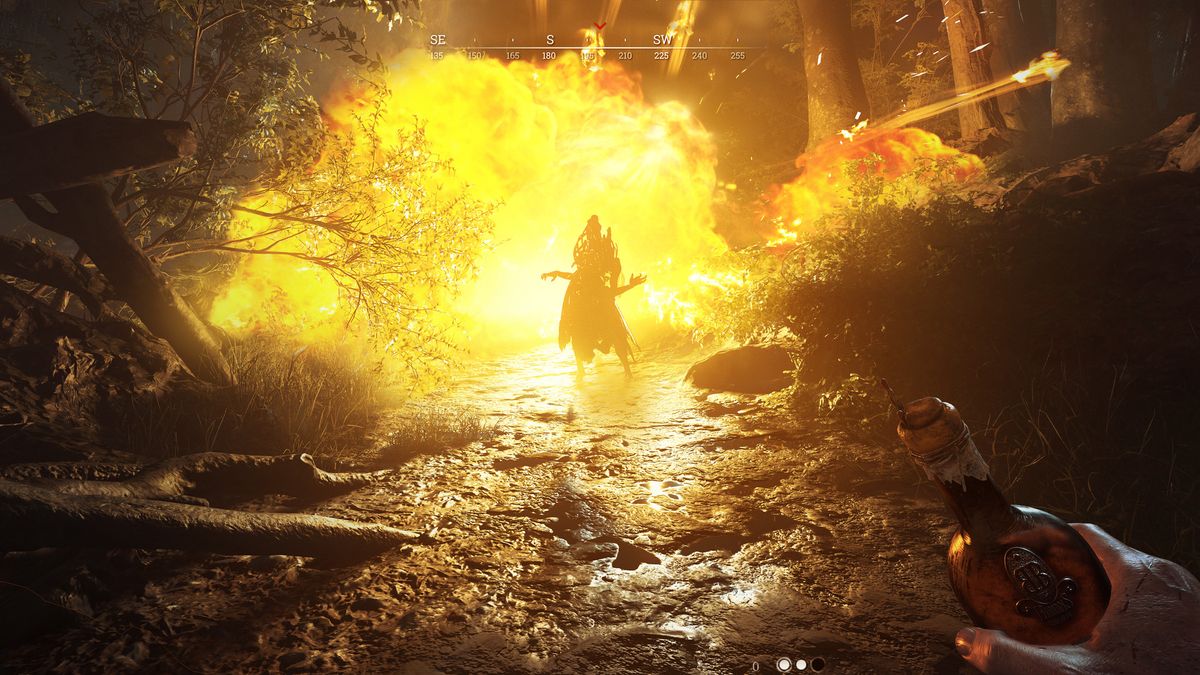 Here's why you should be playing Hunt: Showdown in 2021

I let this game fly under the radar for too long, and so have many of you.

After my last few outings, the game has been stuck in my head, its really got something going for it, once you learn the basics.

Also helps now that I got my headset working.

The crazy thing, compared to most games, is that its player base just seems to be climbing up and up.

Yeah it’s really good! I’ll keep my eye out for you folks on Steam.

What the FUCK, they changed the song!!!

Is it the female version? It occasionally switches to that one! They introduced it on International Women’s Day some years back.

Yeah when I opened it that’s what played, but I did notice later the old one came back, which is good because it’s great. I remember laughing at the Christmas version a couple years ago. 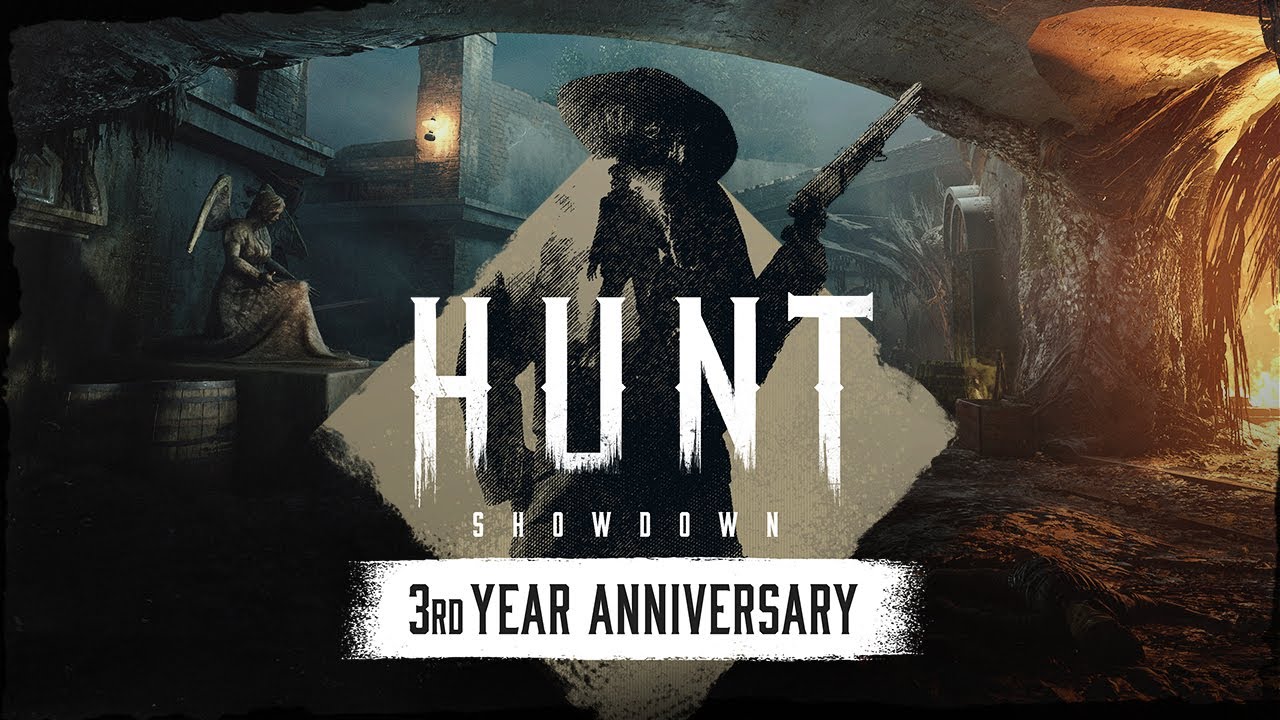 I’m going to jump on this tonight, probably about 6-7 hours from now. It’ll be solo/quick play unless anyone wants to join me :-)

I am still a good 4-6 hours from having gaming free time tonight.